Responding to a query, the Twitter account of ABS-CBN’s iWantTFC said that Chinatown News TV will no longer be carried on ANC.

iWant TFC is an online viewing platform of iWant and TFC Online, which are both owned by ABS-CBN. 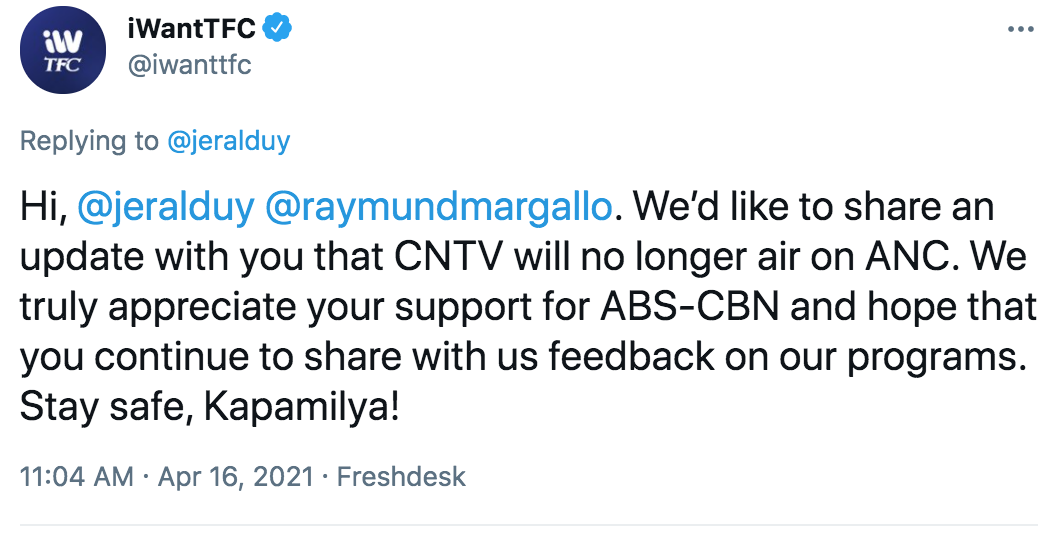 ABS-CBN Integrated News and Current Affairs chief Ging Reyes previously defended the blocktime deal in a series of tweets, saying that the airing of the newscast "should not be equated with the intrusions in the West Ph Sea." Reyes also said the show is produced "by fellow Filipinos who belong to the Filipino-Chinese community," and that ABS-CBN maintains editorial control.

Reyes has not made any statement as of press time regarding the deal's cancellation.

But the arrangement was met with skepticism and derision online, as some noted that the company behind the newscast,Horizon of the Sun Communications Inc., has made pro-Chinese propaganda regarding the West Philippine Sea issue.

Luis V. Teodoro, board trustee of the Center for Media Freedom and Responsibility, also told PhilSTAR L!fe that the arrangement is "highly problematic" from a journalism standpoint as the channel presents conflicting advocacies, specifically on the West Philippine Sea issue.