Twitter was buzzing with Miss Universe Philippines-related trending topics on Sunday, and it wasn't only because it was crowning day. It seemed like not all were in favor of the results—there were dissatisfied contestants throwing shade, absent runners-up, and former beauty queens speaking out.

There were photos circulating where it seemed like second runner-up Miss Quezon City Michele Gumabao was a no-show at the formal announcement of winners at the Baguio Country Club last October 25. Gumabao's camp, Aces and Queens, issued a statement on social media explaining that Gumabao couldn't handle the people asking her "why why why," but she had no regrets.

Meanwhile, Miss Taguig Sandra Lemonon, who placed top 16 on the competition, seemed unhappy with the results of the competition as she shared several cryptic posts on social media.

On her Instagram stories, Lemonon wrote a series of posts. One said: "The truth always comes out. It's just about timing. Karma is real. Tea time soon because we deserve justice."

"Get your tea," she wrote with a photo of a cup of tea, "Accepting defeat graciously is one of many mark of being a queen. But what you forgot to say is that REAL queens play FAIR and don't CHEAT," Lemonon posted.

Lemonon also posted a few hours ago that she is gathering all her strength "to speak up and share the truth." She said she wants to do this to help the ladies in the coming batches so that they won't experience what the contestants this year went through.

Netizens were quick to dig that this tweet was for Iloilo representative and Miss Universe Philippines 2020 Rabiya Mateo, who was accused of bringing her own glam tea to the competition, which was against the rules. 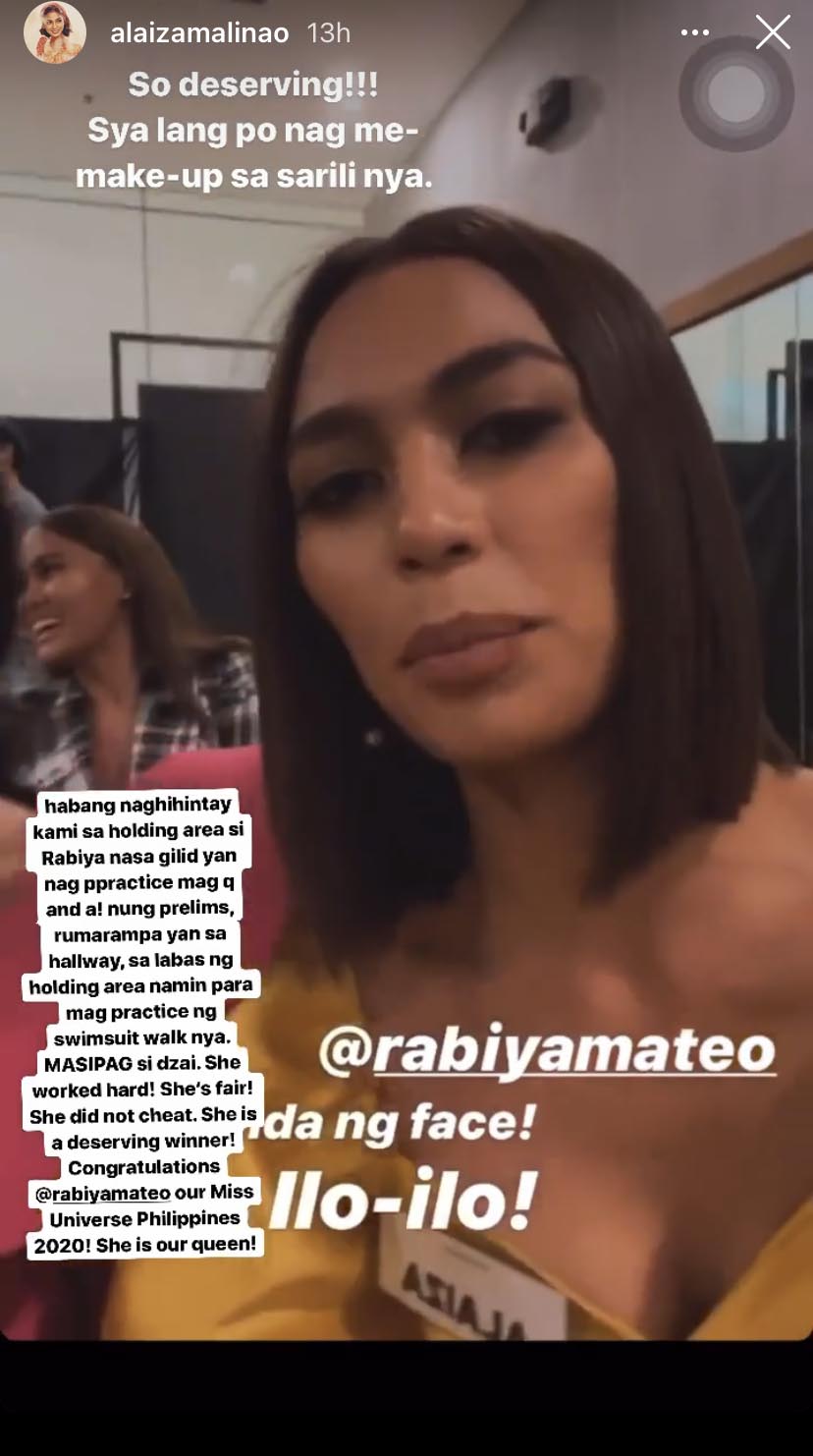 Former Miss Universe Philippines 2014 MJ Lastimosa also took to Twitter her learnings from the pageant saying that "A true queen is someone who can accept defeat and rise above it."

BBP2012 taught me my greatest pageant lesson in life. A true queen is someone who can accept defeat and rise above it. A crown doesn’t define us, we define it. This is not the end but only the beginning for our #MissUniversePhilippines girls. Congratulations everyone.