Beauty pageants are not just  about crowns, scepters, titles and bragging rights. There are also lawsuits, candidates being stripped of their titles, sexual harassment allegations, and other scandals and controversies that have hounded the fascinating world of pageantry through the years.

Pageant watchers gravitate toward the glitz and glamour of the spectacle but infamous scandals and controversial moments are almost always in aficionados’ radar.

Even this year’s inaugural staging of the Miss Universe Philippines was not spared from controversy as dissatisfied contestants brew drama over an alleged candidate who had “professional” help for her hair and makeup during the pageant. Among the health and safety protocols of this year’s pageant was candidates were required to do their own makeup and hairstyling, guided by two mentors.

Can’t get enough of drama? Here are some of scandals and controversies that rocked the world of beauty pageants.

Many believe that the Miss Universe 2015 pageant is etched in history as one of the most (if not the most) controversial and most talked about staging of the franchise that sent social media (even traditional media) into frenzy.

During the 2015 beauty pageant, held at The AXIS in Las Vegas, host Steve Harvey initially announced Ariadna Gutierrez of Colombia as the winner, only to apologize a couple of minutes later that he made a mistake and proclaimed Miss Philippines Pia Wurtzbach, initially announced the first runner-up, as the true winner of the evening.

The audience at the venue and viewers at home experienced a roller coaster of emotions, especially when Miss Universe 2014 Paulina Vega carefully removed the crown from her fellow Colombian and transferred it to Wurtzbach, who was the first Miss Philippines to win the much-coveted crown in 42 years.

In a tweet, Harvey apologized to the women involved and the public for the mistake. “I’d like to apologize wholeheartedly to Miss Colombia and Miss Philippines for my huge mistake. I feel terrible.”

The following year, Harvey hosted again the Miss Universe pageant, this time held in Manila, where Wurtzbach was given her proper “Miss Universe moment” that was cut short during the live telecast in the 2015 pageant.

Skeptics believe that the gaffe was a PR stunt by the organization to create buzz for the pageant. True or false, they sure did create a lot of buzz. To this day, the 2015 staging of the Miss Universe is still being referenced in conversations and has spawned a number of gifs and memes.

Miss Colombia 2015 Ariadna Gutierrez on Pia Wurtzbach: ‘I did not think of her as my competition’

And recently, after almost after five years since the pageant took place, first runner-up Gutierrez stirred the Miss Universe conversation once again when she said in an Instagram Live interview that she did not see Wurtzbach as a competition. Wurtzbach has not yet issued a statement about Gutierrez’s comments.

Miss Universe 2002 Oxana Federova, dubbed as the “most beautiful Miss Universe of all time,” was a crowd favorite during the pageant. She was a frontrunner in the evening gown competition and set a record for the highest televised swimsuit score in history (9.88). She also made history by being the first Miss Universe to be dethroned.

The official statement from the Miss Universe Organization, then owned by Donald Trump, said that Federova “failed to fulfill the duties required for a title holder.” It did not explain in detail what those “duties” were.

After the dethronement, rumors spread that Federova, whose reign lasted only a few months, was pregnant, which was the real reason she was stripped of the title. But she explained that the many responsibilities of being a Miss Universe would interfere with her plans of finishing her Civil Law degree.

Shortly after returning home to Russia, Federova said in an interview with the press that the duties expected of a Miss Universe were not made clear to her. She also reportedly blamed the organization for not warning her beforehand about the nature of questions asked to her at The Howard Stern Show. Federova was said to be insulted how the hosts asked her highly sexual questions and made sexualized comments about her.

Federova was replaced by first runner-up Justine Pasek of Panama but many still considered Federova as their Miss Universe.

Today, Federova is a celebrity in Russia, where she became a television presenter, TV show host, singer, model and actress.

Crown-snatching during the Miss Amazon pageant

The staging of Miss Amazon 2015 in Brazil ended in drama as runner-up Sheislane Hayalla literally snatched the crown off the head of Miss Amazon 2015 winner Carolina Toledo, threw it on the ground and stormed off the stage as the audience and fellow candidates looked in horror.

The organizers were quick to re-crown Toledo as pageant officials rushed from backstage to reach Hayalla.

In an interview with the local news a day after the pageant, Hayalla claimed that Toledo “bought” her victory. “Money talks in Manaus and I wanted to show the Amazon people money doesn’t talk here. She (Toledo) did not deserve the title.”

Toledo, who was the representative to the national pageant Miss Brazil 2015, maintained her silence about the issue and instead released the statement: “This is an unbelievable feeling. I don’t have words to explain the way I feel.”

Toledo did not win the Miss Brazil 2015 pageant but said that she learned to lose fear and not miss opportunities, and “to face my challenges with determination and confidence that everything will work out. I have learned that nothing takes you further than respect and humility. And so, God has opened many doors, I am eternally grateful.”

Armi Helena Kuusela was only 17 years old when she represented Finland to the first ever Miss Universe pageant held in Palm Beach, California in 1952, where she bested 30 participants.

However, 10 months into her reign, Kuusela chose to give up her crown to marry Filipino businessman Virgilio Hilario, whom she met at a dance in Baguio when she visited the country as Miss Universe for the International Trade Exposition.

As there was no clear protocol yet at the time, the organizers allowed Kuusela to keep the crown.

Jenna Talackova registered to compete in the Miss Universe Canada 2012 pageant and was accepted as one of the Top 65 applicants. However, someone recognized her from competing in the 2010 Miss International Queen pageant for transgender and transsexual women and had Talackova disqualified. The organization disqualified Talackova on the grounds of the pageant rules that only “naturally born” women are allowed to compete.

The then 23-year-old hired women’s rights lawyer Gloria Allred, who took the case, and the pageant’s co-owner Donald Trump reversed the decision and allowed Talackova to compete.

In an interview with CNN, Allred talked about the importance of Talackova winning the case to compete. “It’s been extremely important, and it really is a civil rights victory. And she has earned the right to claim that victory.”

Talackova, who placed in the Top 12 of the Miss Universe Canada competition and was awarded Miss Congeniality with three other contestants, said in a CNN interview, “I let (people) know a lot about myself thus far. I did come out with my statement, and that’s that people should embrace their individuality and follow their dreams, like I did.”

After the Miss Earth 2018 pageant, candidates Emma Mae Sheedy of Guam, Abbey-Anne Gyles-Brown of England and Jaime Yvonne VandenBerg of Canada took to their respective social media accounts that a sponsor had constantly tried to sexually harass them.

VandenBerg first came out with a statement on Instagram where she said, “The second day of the pageant, I felt uncomfortable because a sponsor from the first night was given my phone number, without my consent, and was calling me asking for my hotel and room number.”

VandenBerg also said that the sponsor showed up to almost all of the events and told her he could take care of VandenBerg’s needs and asked for sexual favors in exchange to get her further to the pageant. VandenBerg said she was “disgusted” by the sponsor’s advancements. She also said that she did not feel safe under the care of the Miss Earth organization.

Gyles also said that a sponsor asked for sexual favors in exchange for the crown during an event at the Manila Yacht Club and, like VandenBerg, asked for her hotel room number. Meanwhile, Sheedy said the sponsor allegedly “grabbed her backside” during the National Costume competition but was able to push him away. She also said that the sponsor “consistently told me not to tell anyone about any of the instances.”

In a STAR report, Miss Earth vice president Lorraine Schuck said that the issue was immediately and properly addressed and was “puzzled” why the candidates said the organization did not take action when the Miss Earth organization immediately “banned the sponsor from the event.”

Schuck assured the public and the candidates that the organization will be more careful in dealing with sponsors as that was the first time that the complaint surfaced. “I told the candidates not to be afraid to come out or report any incidents that would make them uncomfortable. We fully support the Miss Earth delegates. If there’s any complaint, we will help them.” 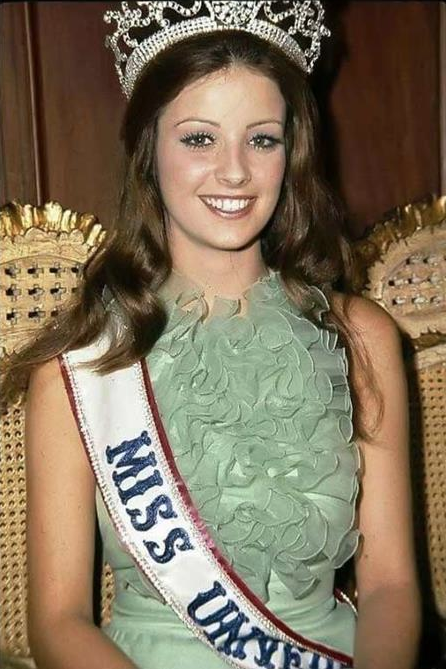 The Miss Universe 1974 pageant held in Manila (the year after the Philippines’ Margie Moran won) crowned Amparo Muñoz of Spain as its winner. But only six months into her reign, Muñoz resigned after she was reportedly homesick and refused travel to Japan for. Allegedly, Muñoz was forced to resign when she could no longer fulfill her duties as Miss Universe.

No one was qualified among Muñoz’s runners-up to replace her so the pageant officials did not pass the crown to Miss Wales Helen Elizabeth Morgan (1st  runner-up) or Miss Finland Johanna Raunio (2nd runner-up).

During the 1975 Miss Universe pageant, it was Miss Universe 1972 Kerry Anne Wells who crowned the winner Anne Marie Pohtamo of Finland.

Muñoz became a darling in the eyes of the early beauty pageant fanatics in the Philippines. Muñoz, who was a B-movie actress in Spain, briefly tried acting in the Philippines and even starred in the movie Hayop sa Ganda alongside Miss Universe 1969 Gloria Diaz.

What other beauty pageant controversies and scandals do you remember?

Angkas: PH poised to leap forward in tech and startup space in 2022