Trust K-pop stans to hijack a hashtag they don’t agree with in an effort to drown it out.

Far-right extremists in the US are still clinging to the Trump narrative that the election was stolen from him—despite Donald Trump losing the popular vote by seven million and the Electoral College votes by a 74-vote margin to Joe Biden, or Trump’s 60 plus electoral lawsuits dismissed by the courts.

Trump supporters and extremists continue to believe Trump and his lies about the US election, while some of the rioters that stormed the US Capitol and committed insurrection on Jan. 6 have been arrested by the FBI. 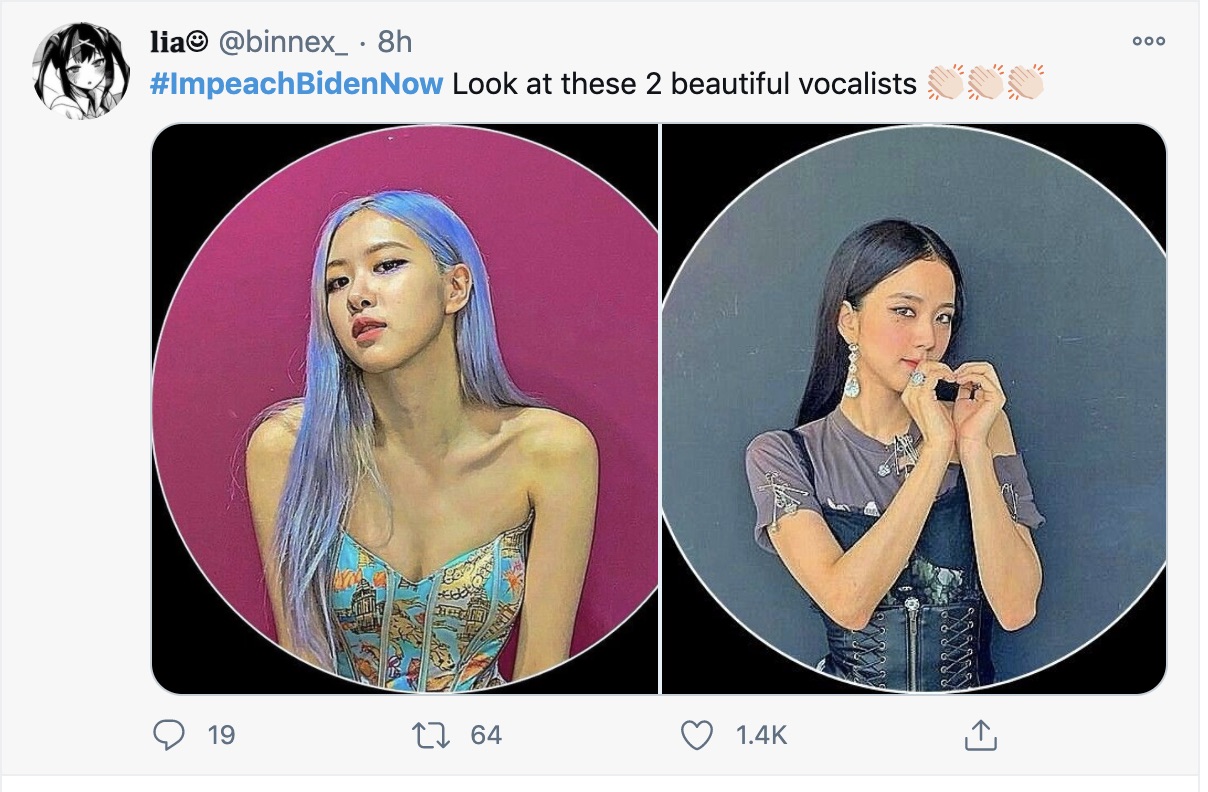 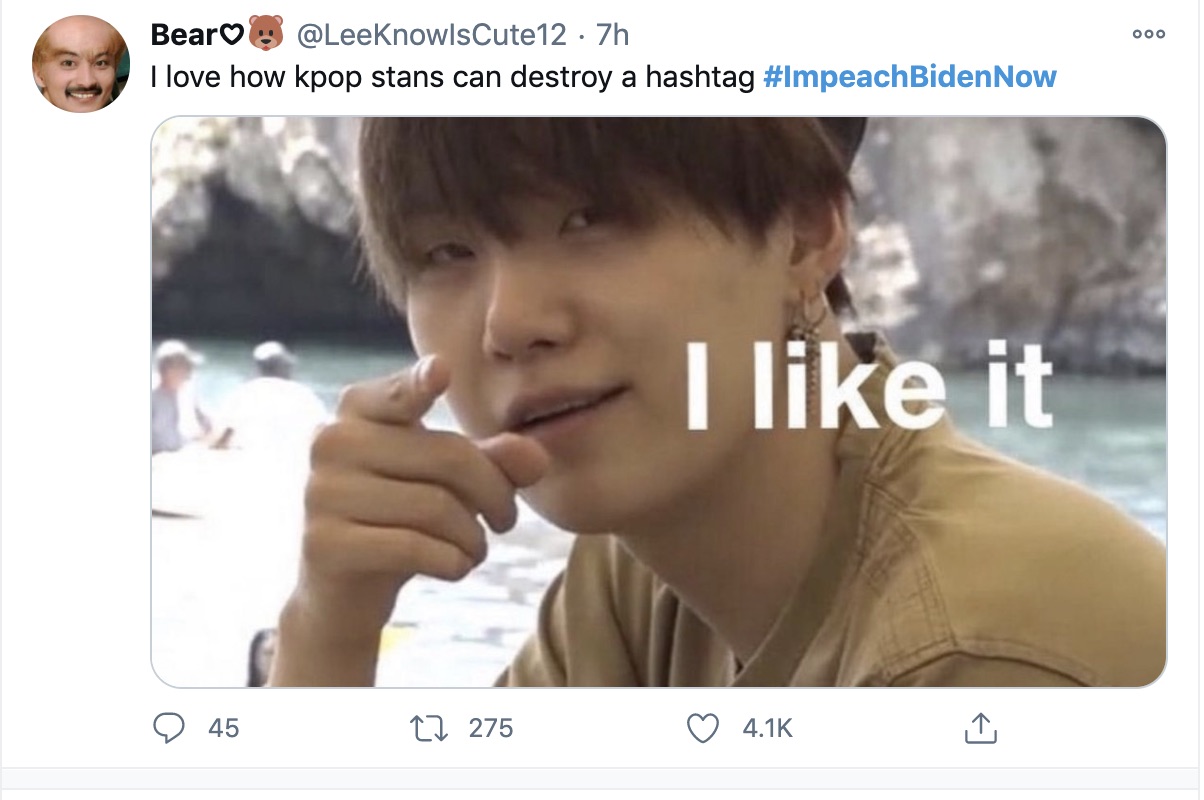 As soon as Biden was inaugurated on Jan. 20 in a locked down Washington, DC Trump supporters and Republicans began moving to #ImpeachBidenNow.

Joe Biden sworn in as 46th President of the United States, calls an end to ‘uncivil war’

Republican Congresswoman Marjorie Taylor Greene wrote on Twitter, “I’ve just filed articles of impeachment on president Joe Biden, we will see how this goes. President Joe Biden is unfit to hold the office of the presidency. His pattern of abuse of power as President Obama’s vice president is lengthy and disturbing.”

Greene became a member of Congress last month, getting elected in the same election that she claims counted illegal votes. Go figure. 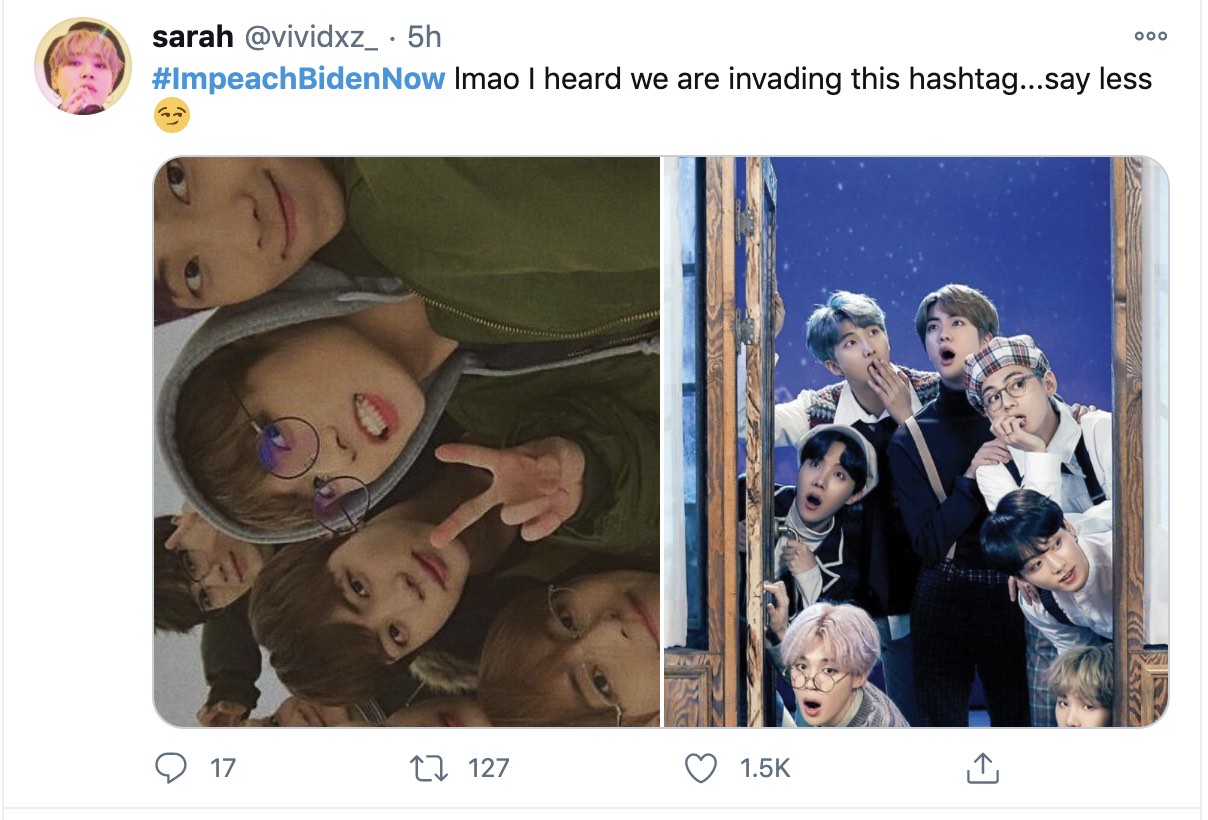 K-pop fans are having none of that. They’ve taken over the hashtag #ImpeachBidenNow—just as they did in June 2020, when they hijacked #WhiteLivesMatter at the height of protests across America and the world in support of Black Lives Matter.

Historians agree: Donald Trump is the worst US president ever. Here’s why 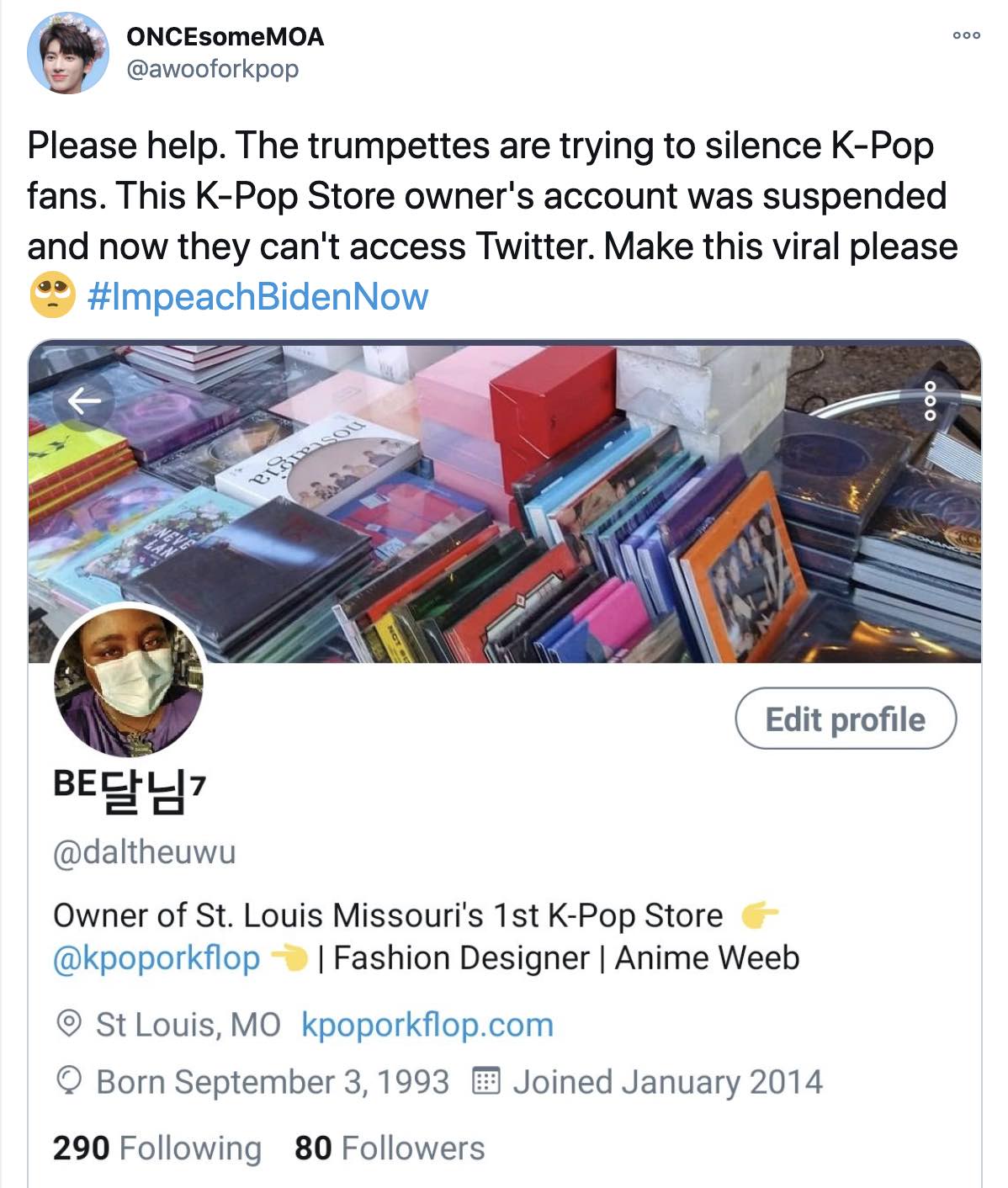 But “Trumpettes” are fighting back. Several accounts posting unrelated K-pop content with the hashtag #ImpeachBidenNow have been suspended.

Jumping on the trend but make it Jaehyun
So proud of Kpop stans #ImpeachBidenNow pic.twitter.com/mUOjYZgWkF

No monkeypox in PH amid reported cases in the West: DOH