Rarely do the world’s newspapers have one headline. This occasion is reserved for the election of a new pope or the death of his predecessor, or an attack on a country like on 9/11.

Joe Biden was projected to win the US presidential election just before lunch on Saturday morning, US Eastern Time (midnight in Asia).

Print newsrooms across the world that had already put their Sunday editions to bed scrambled to change their front pages. Those that had finished printing and sent their newspapers to airports or loaded them onto trucks could only change their online editions. 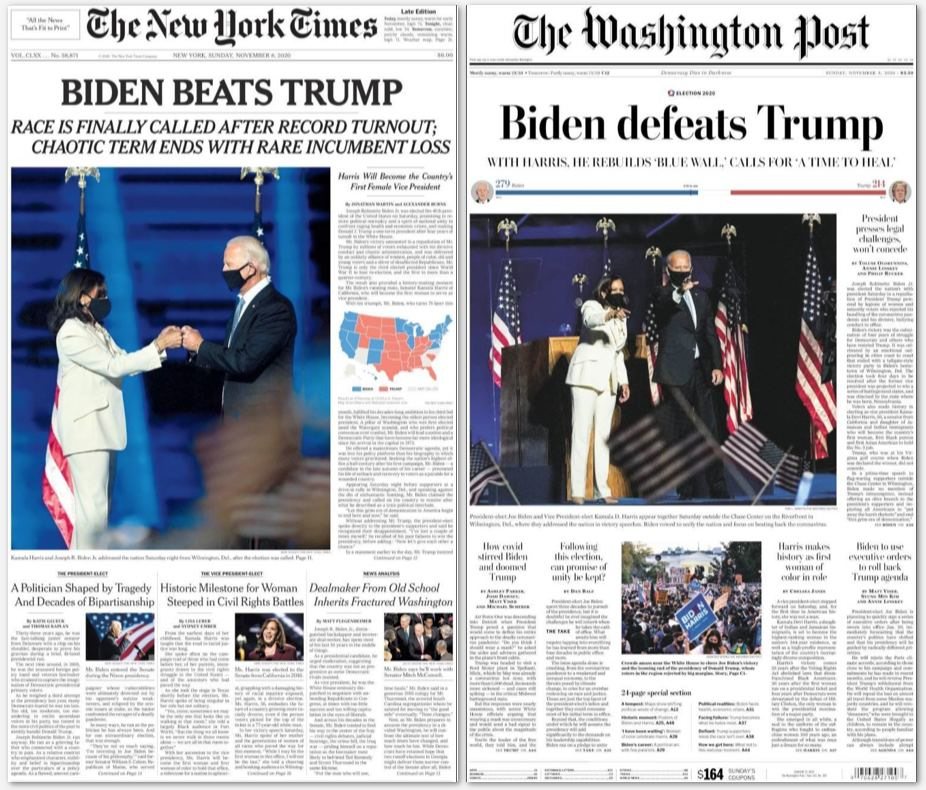 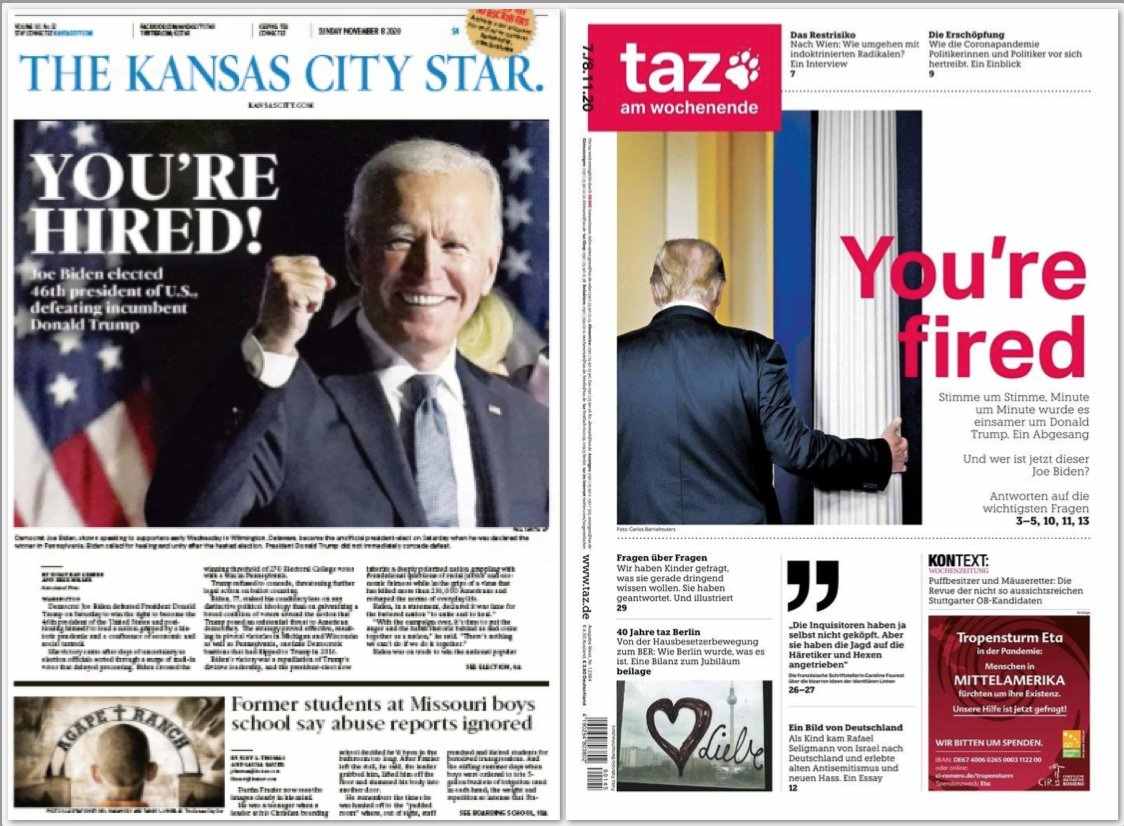 The Philippines was one of the latter (it was even later in newsrooms on the Australian continent, which is three hours ahead of Manila).

Still, the outcome of the US election—which had everyone around the world glued to Steve Kornacki on NBC and John King on CNN as they worked their touchscreen maps—was a story journalists had been preparing for since Americans went to the polls on Nov. 3 and the counting began. It was also a story that everyone, from Jerusalem to Bangkok, was emotionally invested in.

The US presidential election does have a global impact. In the Philippines, the relationship is complicated by our leadership and China’s aggressive expansion on disputed territories in the West Philippine Sea. 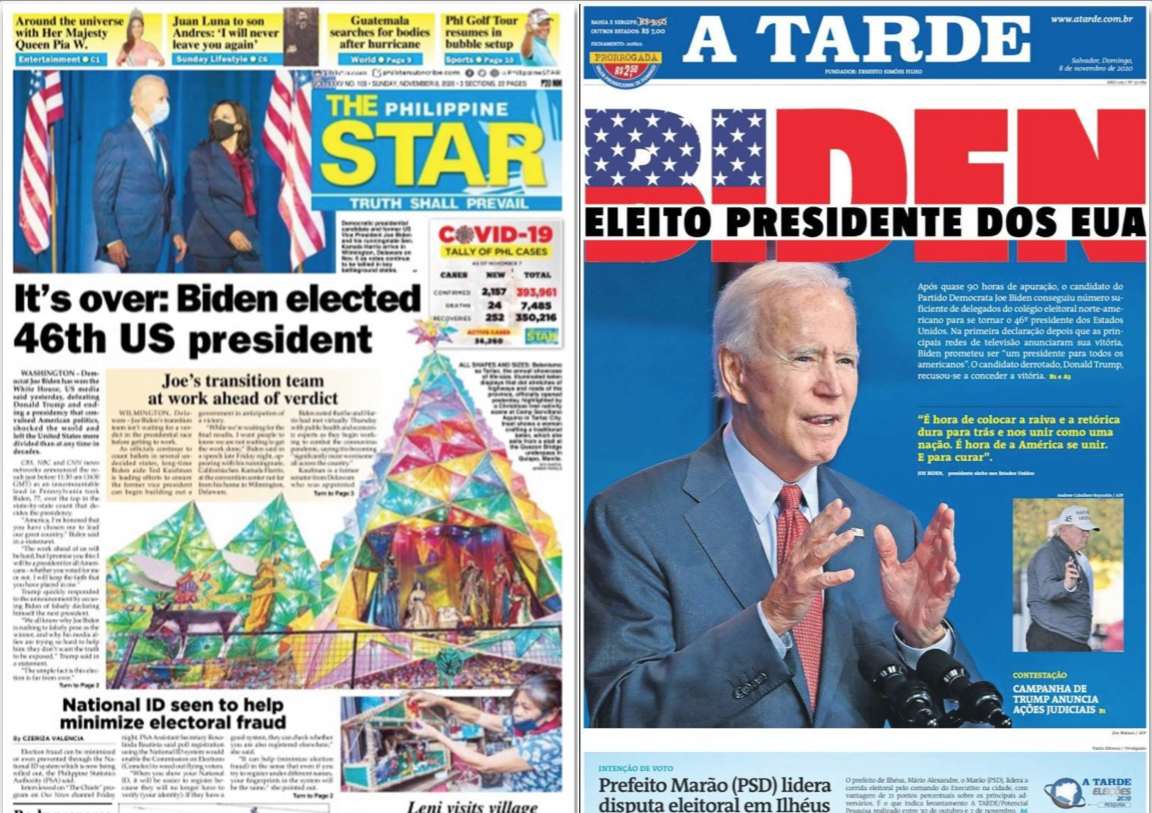 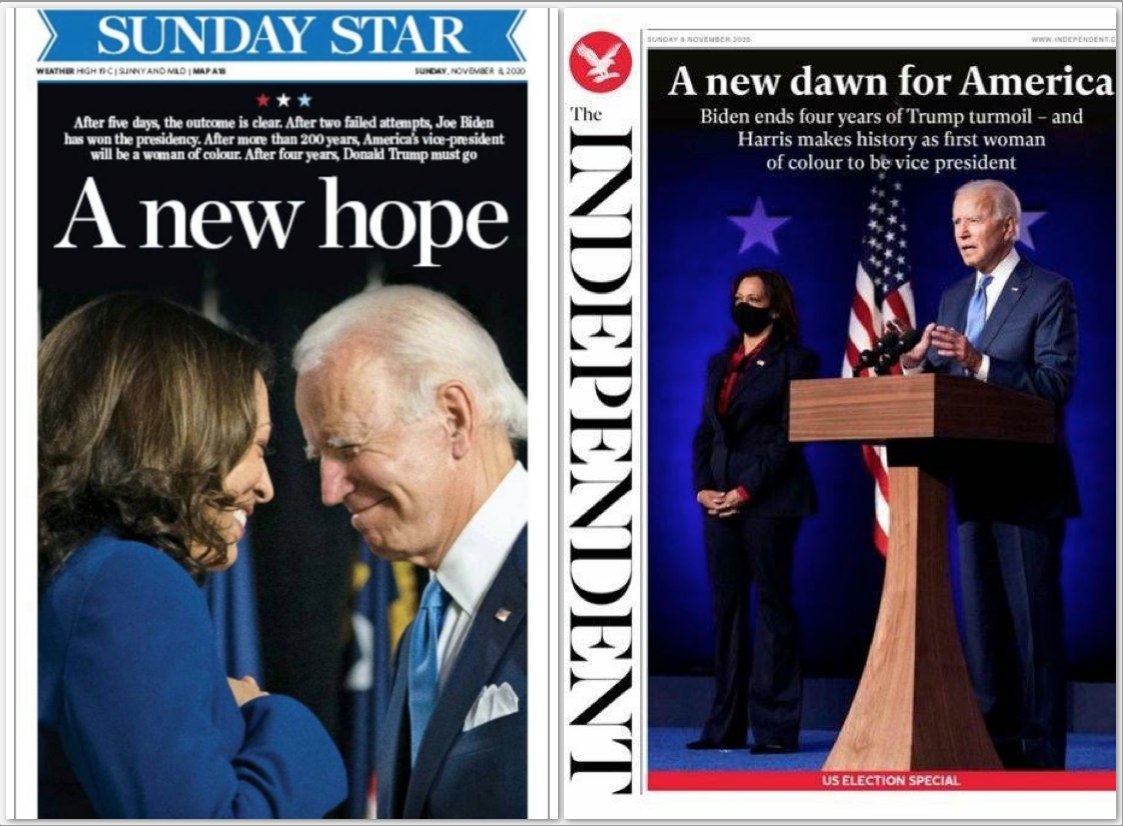 In Europe, leaders want to normalize their relationship with the US. Trump’s four years in the White House without a clear foreign policy have strained long established relationships with traditional allies.

As celebrations broke out in American cities after Biden’s win, EU leaders were among the first to tweet their congratulations to the president-elect.

When the election was finally called for Biden, you could almost hear a collective sigh of relief in newsrooms. As expected, newspapers couldn’t help but indulge in a little play. “You’re fired!” a couple of them told Trump on the front page (or “You’re hired!” to President-elect Biden.) It was as though editors had been waiting to use these headlines for four years.

From France’s Le Parisien to The Jerusalem Post and The Philippine Star, the headlines were definitive: Joe Biden is going to be the 46th president of the United States notwithstanding Trump’s tweets.

Here are snapshots of Joe Biden and Kamala Harris’ historic victory as seen on the front pages of newspapers throughout the world. 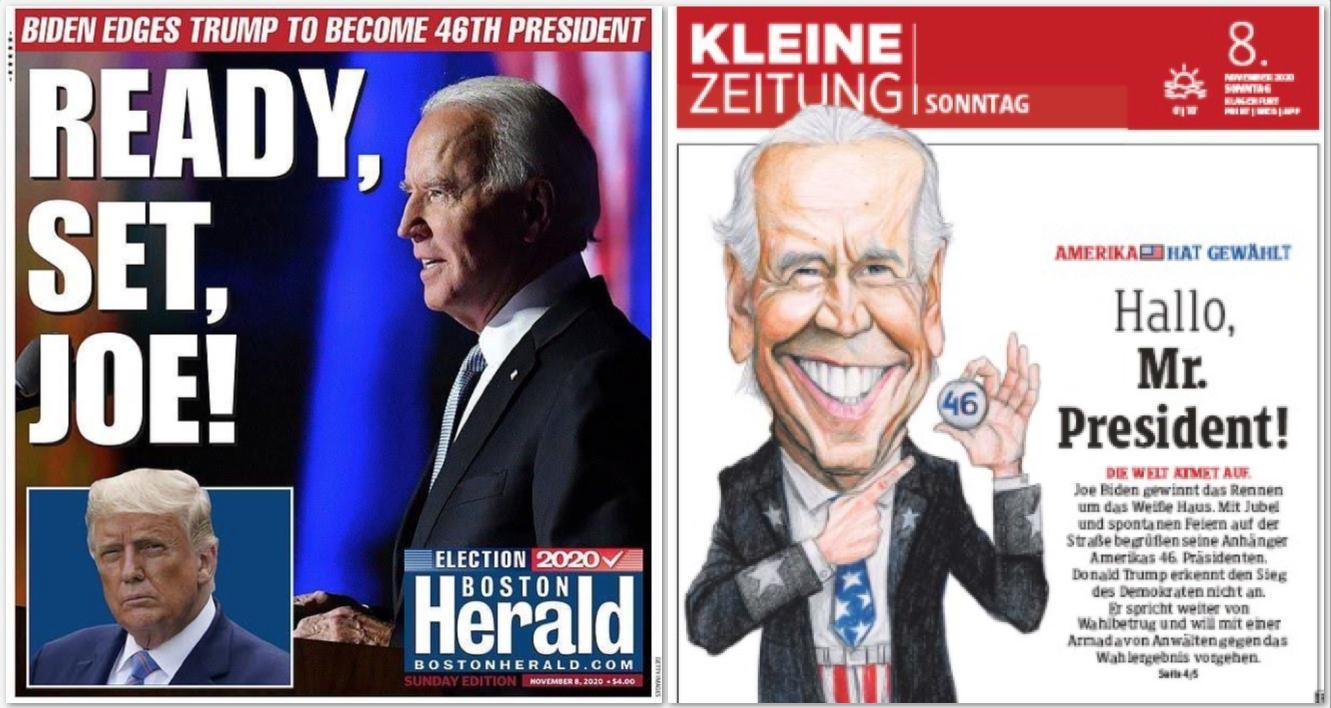 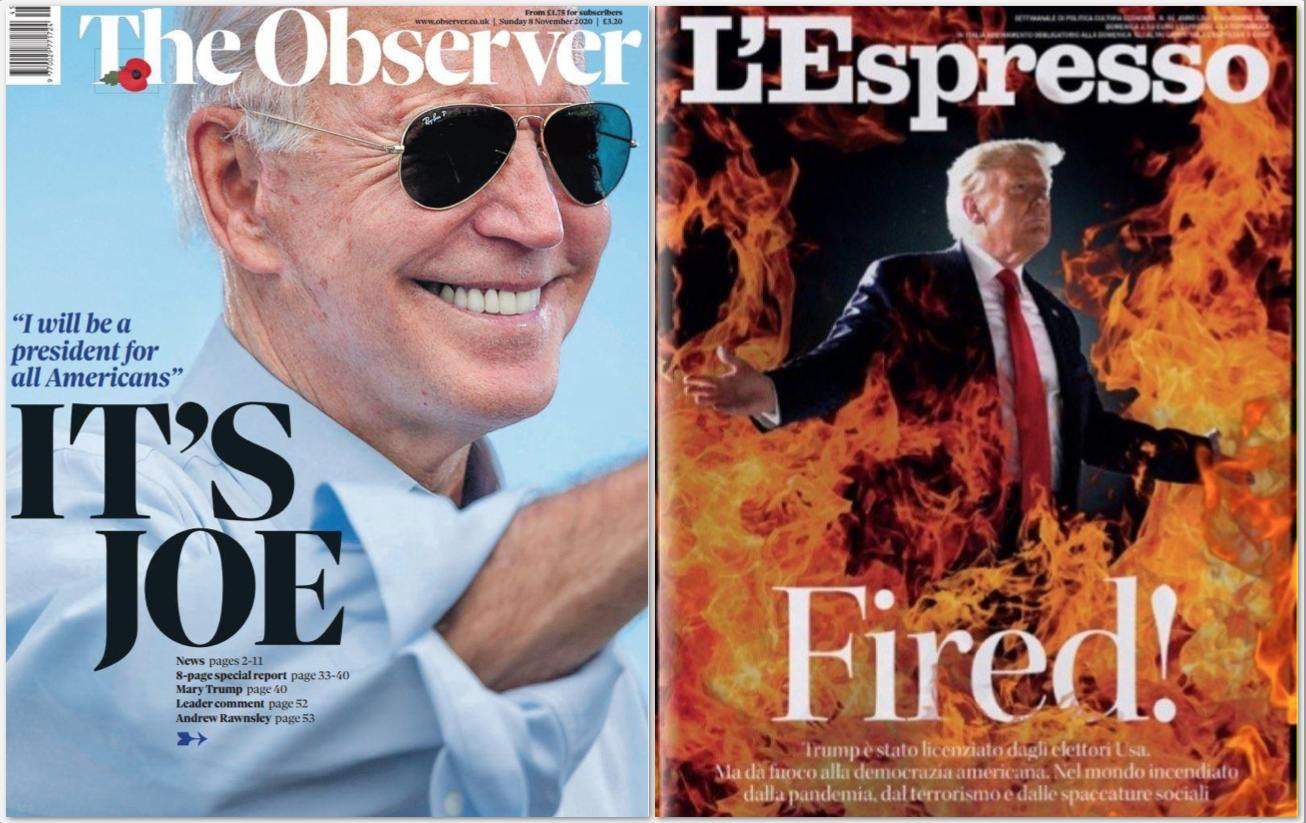 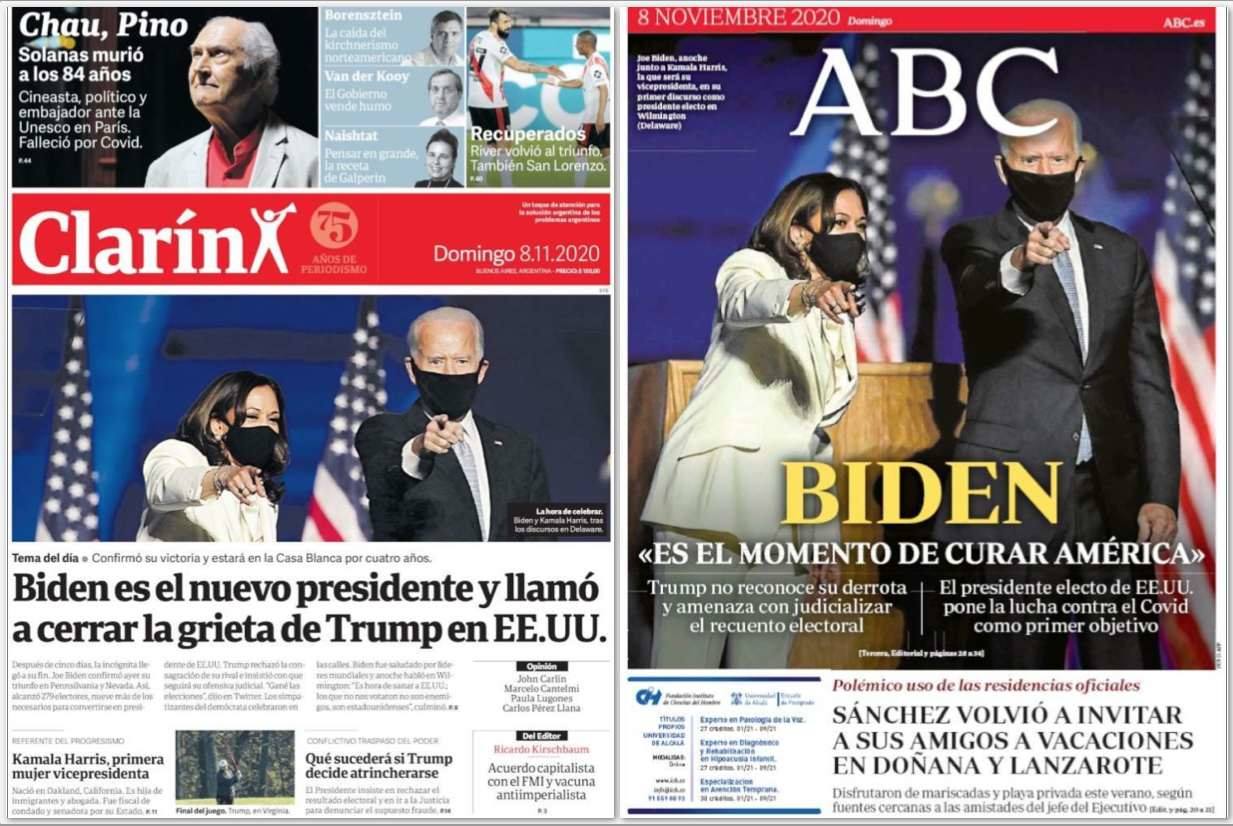 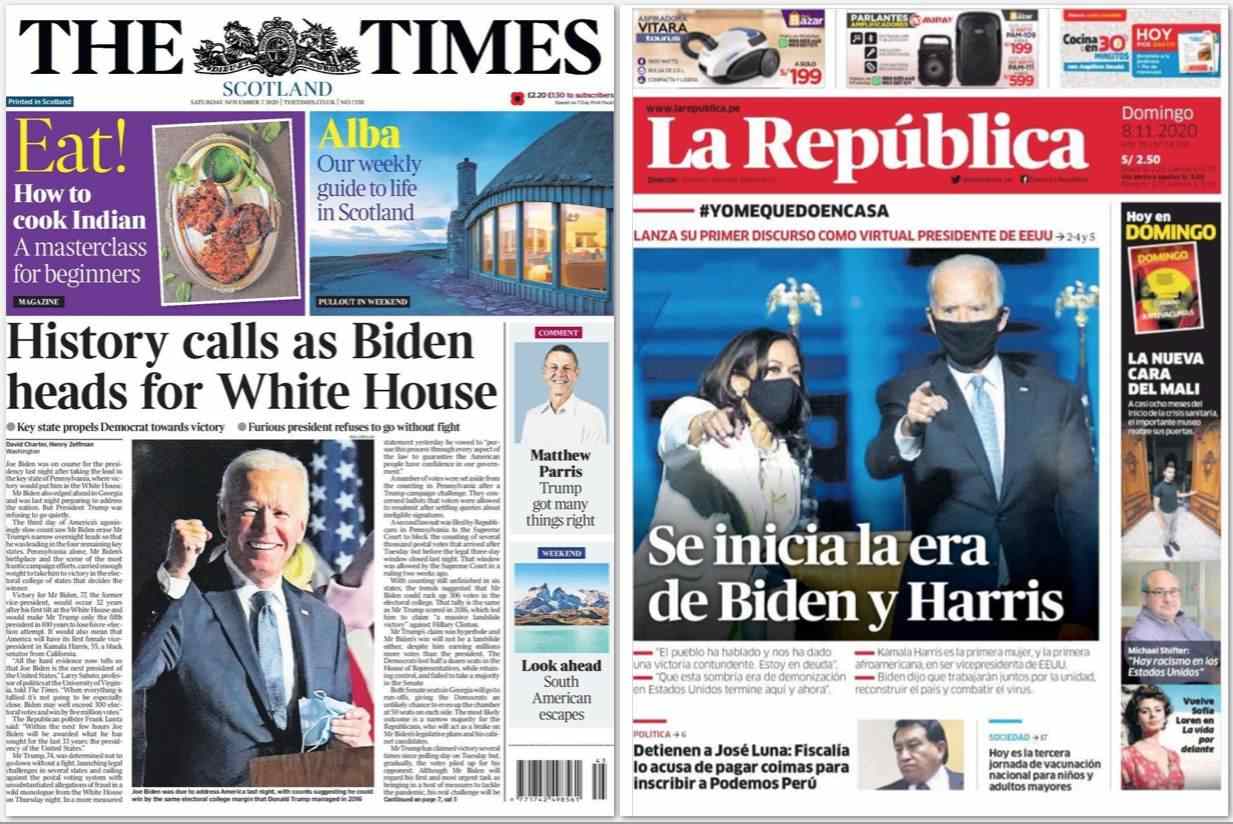 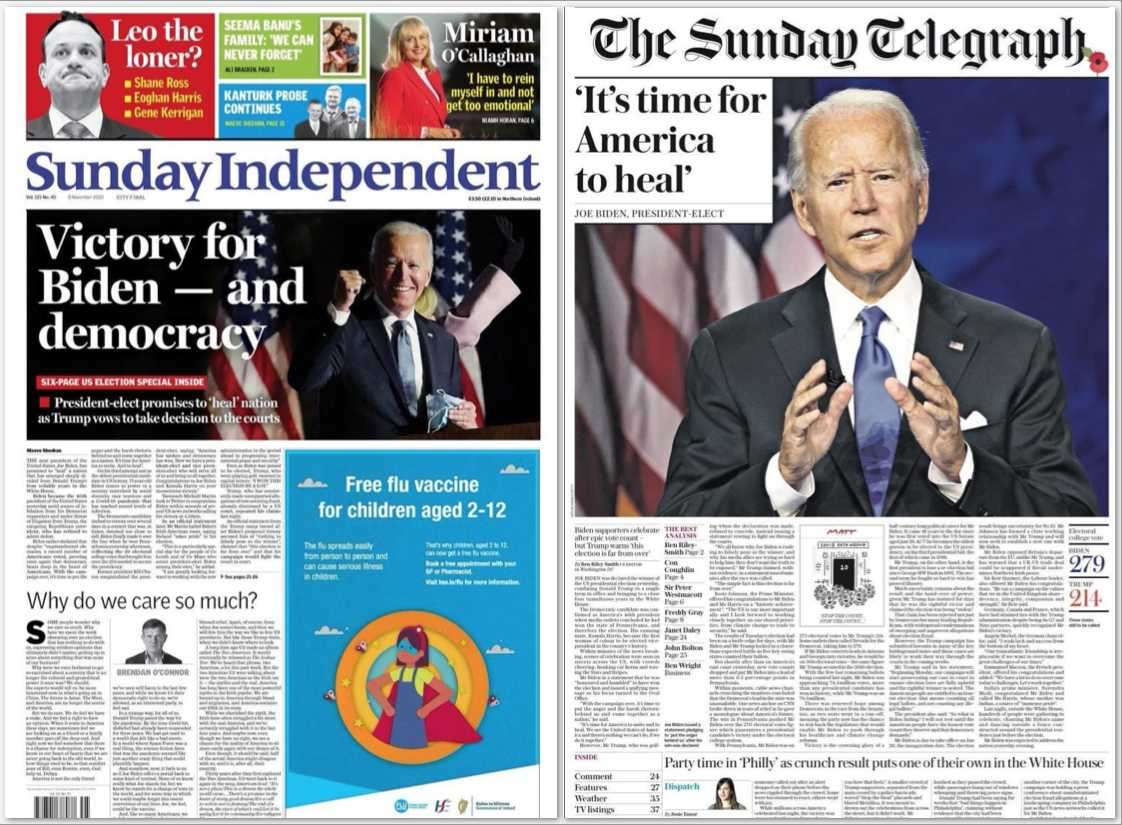 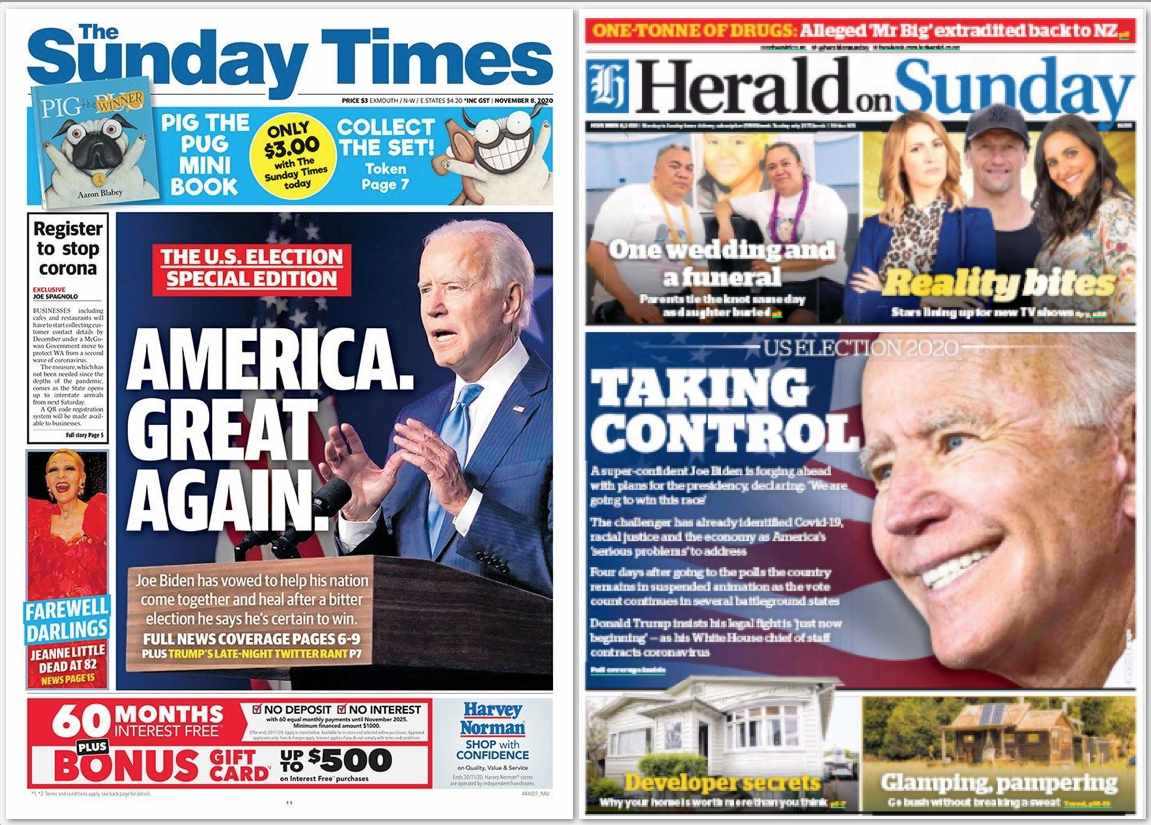 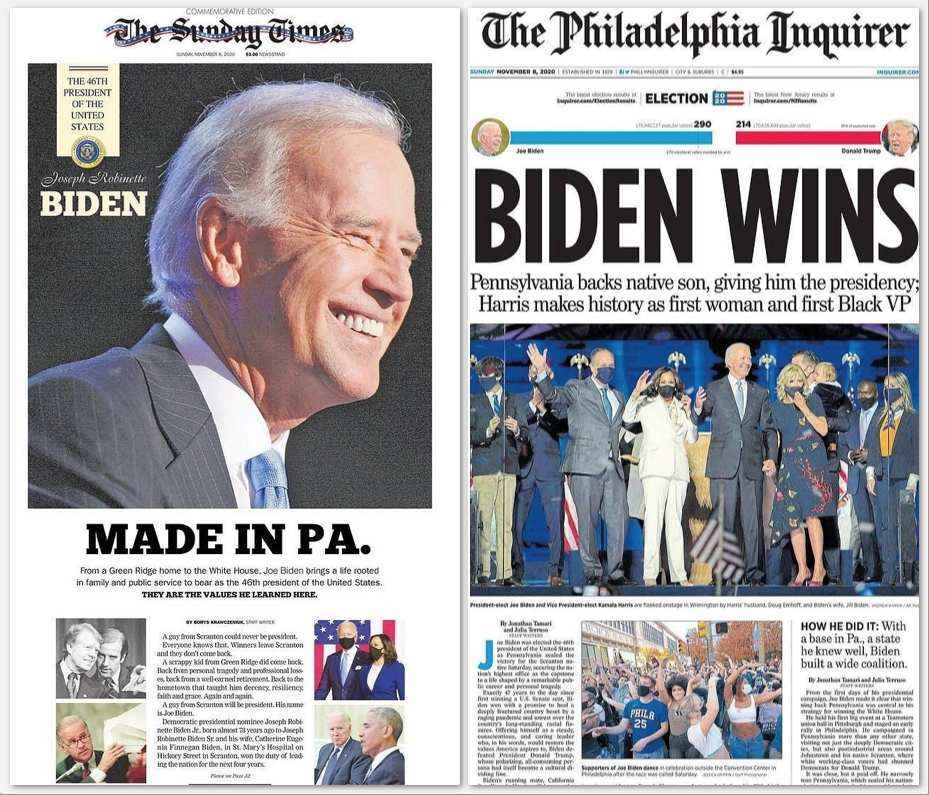 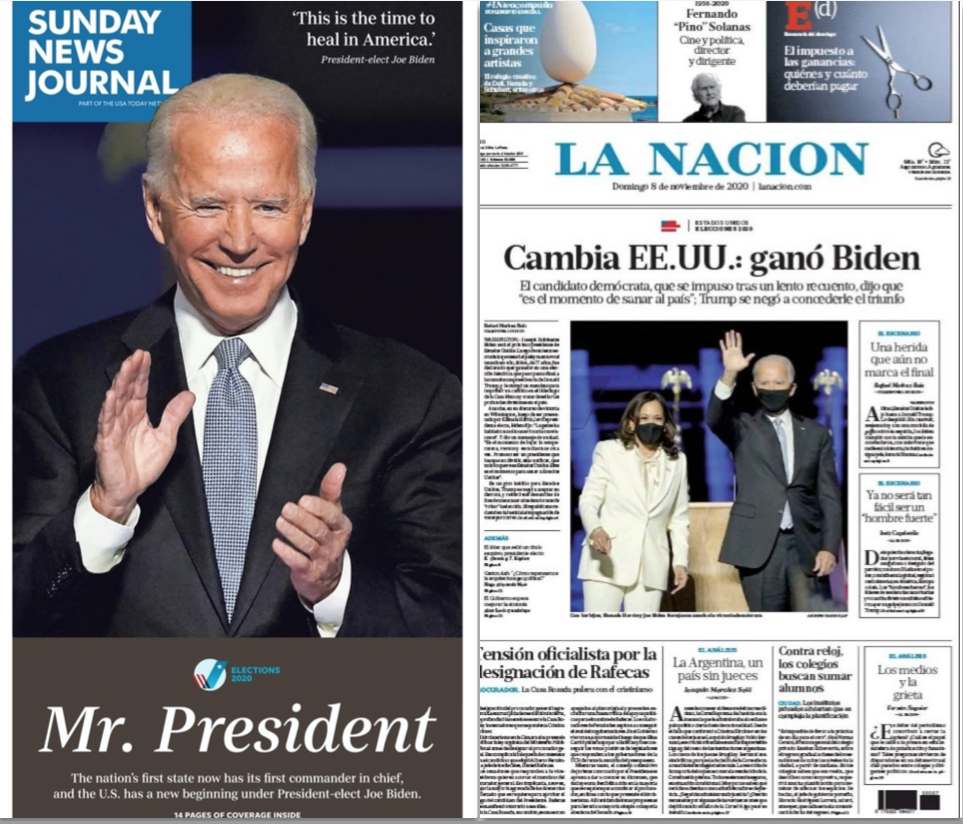 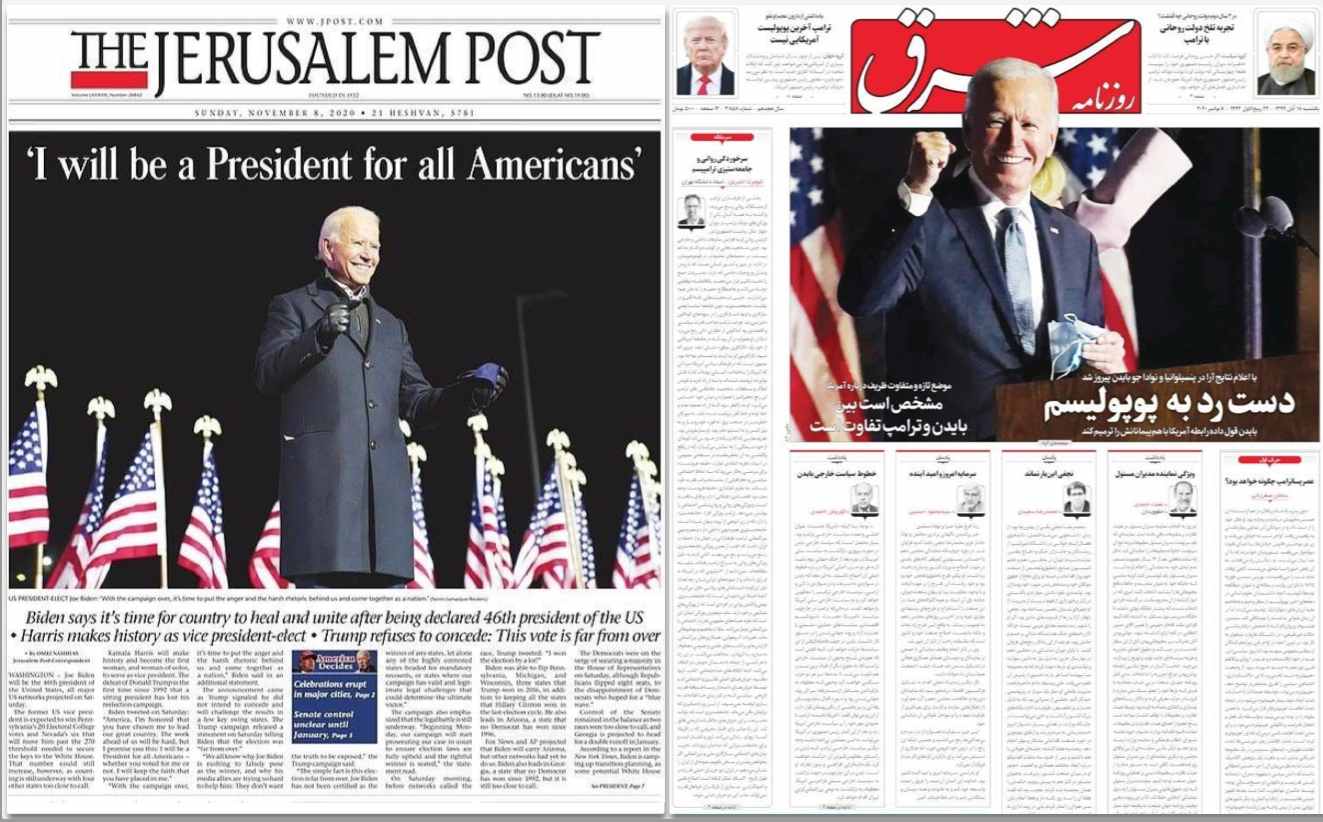 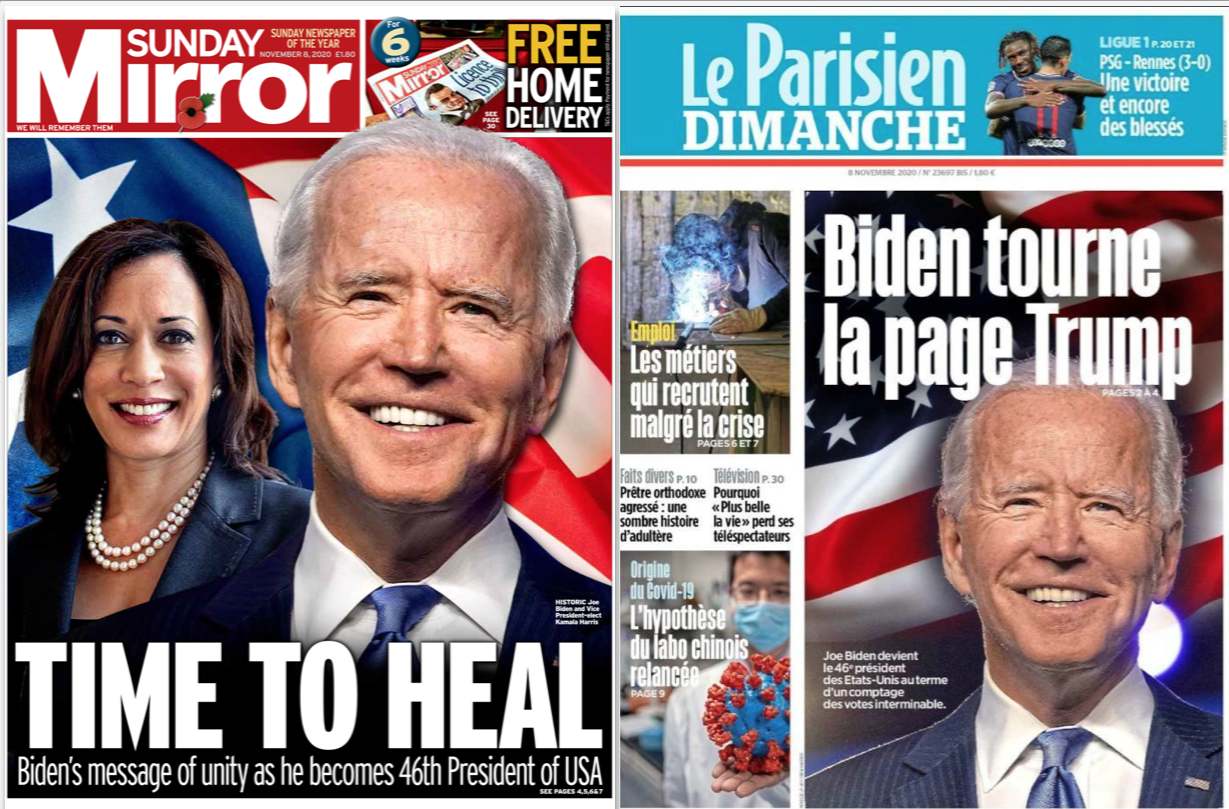 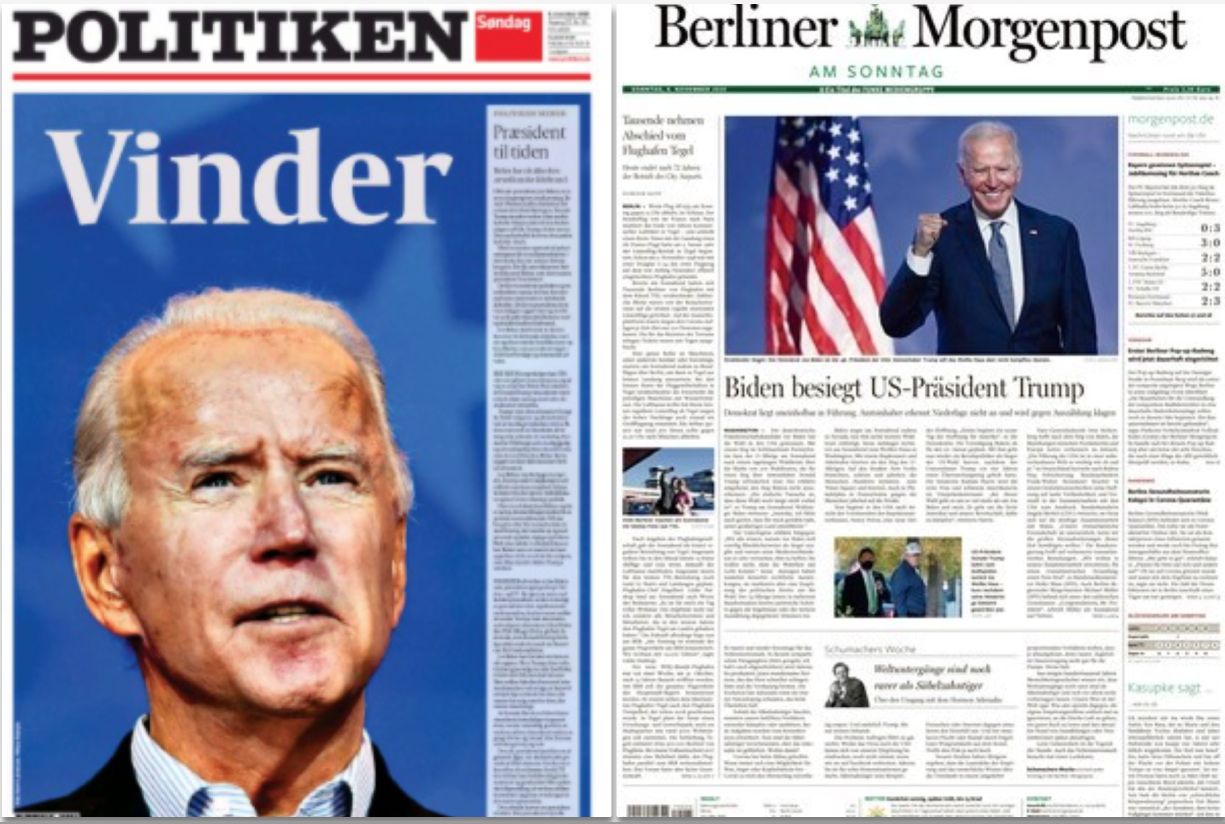 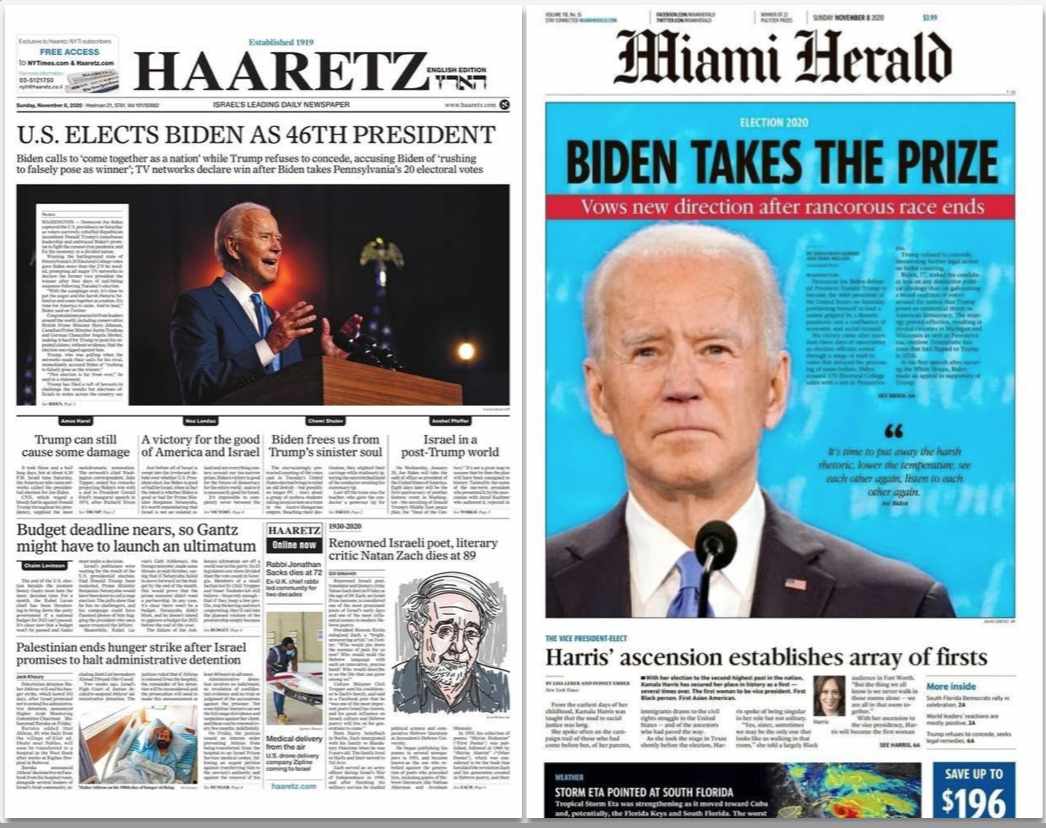