Memory and history don’t always go together despite people’s hope of their interchangeability. Literature, however, is often a reflection of a particular period in time, and this was true during Martial Law under Ferdinand Marcos.

As the term “revisionism” heavily impacts on the current discourse, more accounts, despite their historical relevance, are relegated to obscurity in favor of indoctrination. Even wih the presence of recorded facts by journalists and scholars in academe, understanding and belief seem to elude people.

On Sept. 21, 1972, Marcos signed Proclamation No. 1081, putting the country under Martial Law. Firmly established systems of democracy were dismantled including privately owned media facilities like radios, newspapers, and TV stations.

The arts are usually the early casualties of a forceful rise to power. Soon, many Filipino artists and writers found themselves serving as nameless cogs to the President’s self-aggrandizing political “advocacies.” Others braved their chances.

There are those who disassociate themselves now from having a hand at creating the approved history book of the late President, Tadhana: The History of the Filipino People, which was an attempt to rid of imperialist perspective in Philippine history.

Writers needed to be crafty during martial law since they had to adhere to the Army Office of Civil Relations, the office charged to ensure published materials aligned with the administration’s New Society standards.
Poet and journalist Pete Lacaba comes to mind. In 1973, he penned the poem “Prometheus Unbound” under the pseudonym Ruben Cuevas published in Focus magazine . Other than its artistry, closer inspection revealed that the poem was acrostic; by reading the first letter of each line, the hidden message spelled out, “Marcos Hitler Diktador Tuta.”

While there were other  prominent writers who found their voices, the industry and type of books that flourished were Filipino romance novels—glossy, colorful, and easily digestible paperbacks that were as ubiquitous as today’s fan fiction. They provided a much-needed escape for many.

Romance novels, along with other forms of media, gained prominence during and well after the Martial Law years. They made an effective medium for a public fatigued and in need of any idealistic semblance of compassion and hope.

Books for Pleasure, founded by Benjamin Ocampo, was initially a publisher involved in the distribution of foreign books in the country. To survive, it began producing original Filipino works. As numerous authors longed to apply their writing into something with integrity and was profitable, Books for Pleasure provided that outlet by launching their Valentine Romances line. 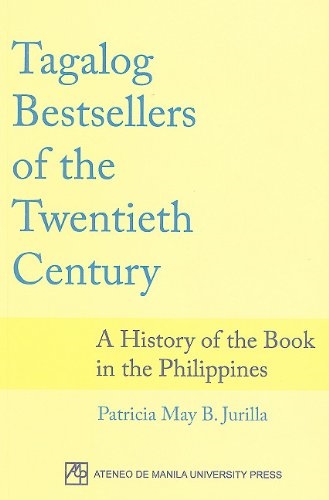 Beleaguered with few moments to root for, many Filipinos gravitated towards the comforts of romance books that had light plots and happy endings.

Patricia May Jurilla’s Tagalog Bestsellers of the Twentieth Century (2008) noted the success of the Valentine Romances amounting to an income of P3.5 million into the early ‘90s, which represented 19.9% of the total sales of trade books in the entire country. 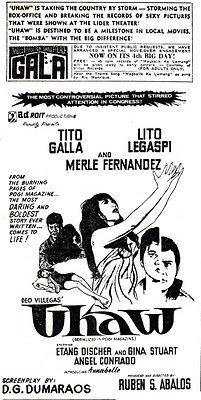 Meanwhile, risqué films, commonly known as “bomba” films of the period, were on the rise too. Partly influenced by the sexual revolution in the US, which advocated for acceptance of what traditionally were viewed as taboos in sexual discourse, these movies normalized sex and sexuality in film.

Many launched the careers of actresses but the industry was riddled by a cavalcade of exploitation wrapped in poorly developed plots with sex scenes shoehorned throughout the runtime.

Uhaw (1970), despite its thin premise about a wife who chooses a life of promiscuity after her husband’s sea accident renders him impotent, was the first bomba film to gain commercial success, according to Luigi Conti in his essay “Bomba: The Birth of a Genre.”

On the TV front, Marcos allegedly decided to cancel the final four episodes of the Japanese TV show Voltes V in 1979. Many speculated that the show’s themes of resistance and revolution led to the cancellation of the Tagalog-dubbed cartoon. The Boazanian’s comeuppance had to wait for Filipino audiences rooting for the Armstrong family.

Only after 20 years, when GMA-7 aired the beloved series again in 1999, did most of those kids back then witness how life imitated art as the Boazanian emperor was finally defeated after betraying his planet and people.

The state being in charge of every information that went out to the people was not entirely new. In the early years of the American Occupation in the 1900s, one of the colonial government’s first enacted edicts was the Sedition Law of 1901. Under the Second Philippine Commission, which was the bicameral legislative body created by the President of the United States to assist Philippine governance, it prohibited any display or intent of Filipinos who advocated for the country’s independence.

Literature, on the other hand, was different. It allowed artistic liberties in depicting people’s emotions, opinions and prejudices.

Faustino Aguilar’s Pinaglahuan (1907), a book written in Tagalog, dealt with economic hardships under American rule, the materialistic realities of capitalism told in a romantic narrative focusing on Luis and his muse Eduarda. Considered a major Filipino classic, the book mentions how a theater rejects a group of Filipinos wishing to use the premises to extend advocacy for a free Philippines:

Today, certain groups of people continue to deny the atrocities of Martial Law but the literature of that period represents the reality people faced. Literature isn’t history—but it gives us a glimpse of the times.