Mall operators and supermarkets have announced their adjusted schedules and operating hours from March 29 to April 4, in compliance with the regulations for the enhanced community quarantine in the Metro Manila, Bulacan, Cavite, Laguna, and Rizal (NCR+) bubble.

Because of the ECQ, a number of establishments will be closed during this period, although essential goods stores such as supermarkets and pharmacies are allowed to operate.

PUVs to operate at 50% capacity during ECQ, says DOTr

Senior citizens, children under the age of 18, pregnant women, and individuals with co-morbidities are not allowed to leave their homes during the ECQ. A curfew from 6 p.m. to 5 a.m. is also in effect.

While a number of malls and groceries are open, specific services and establishments such as banks and restaurants may be closed on Maundy Thursday and Good Friday, April 1 and 2.

Here's a list of mall and grocery schedules from March 29 to April 4: 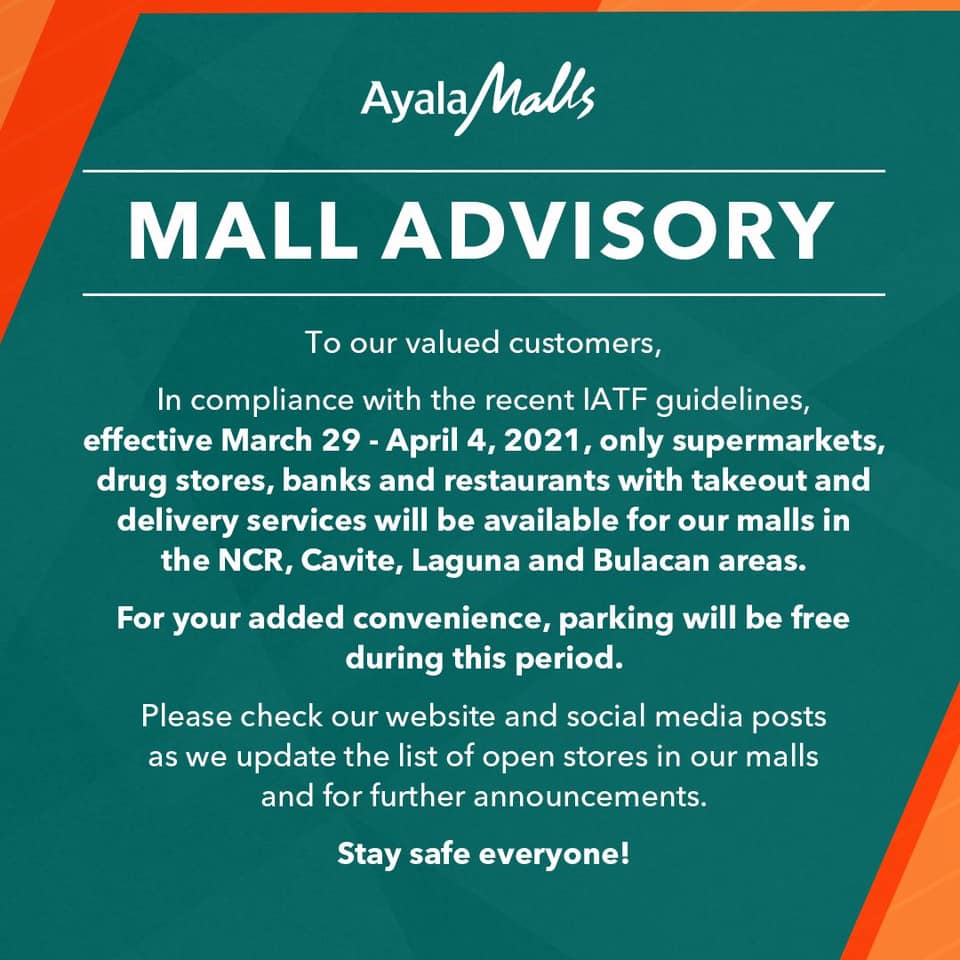 Ayala Malls announced on its social media pages that only supermarkets, drug stores, banks, and restaurants with takeout and delivery services will be available for their malls within the NCR+ area from March 29 to April 4. 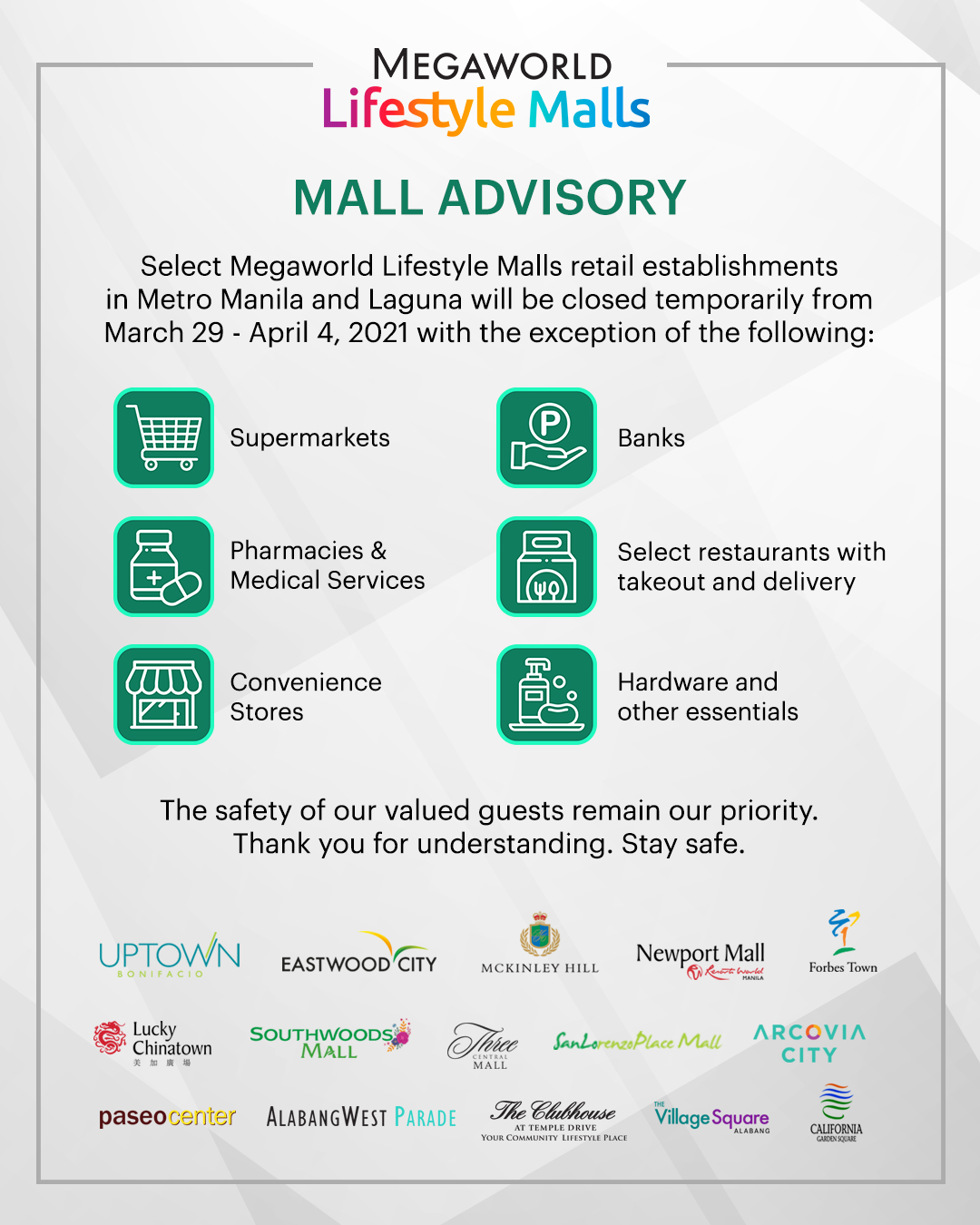 Supermarkets will operate from 7 a.m. to 6 p.m., while establishments for essential services are open from 10 a.m. to 5 p.m.

Waltermart malls are open on April 1, Maundy Thursday, and will be closed on April  2, Good Friday. 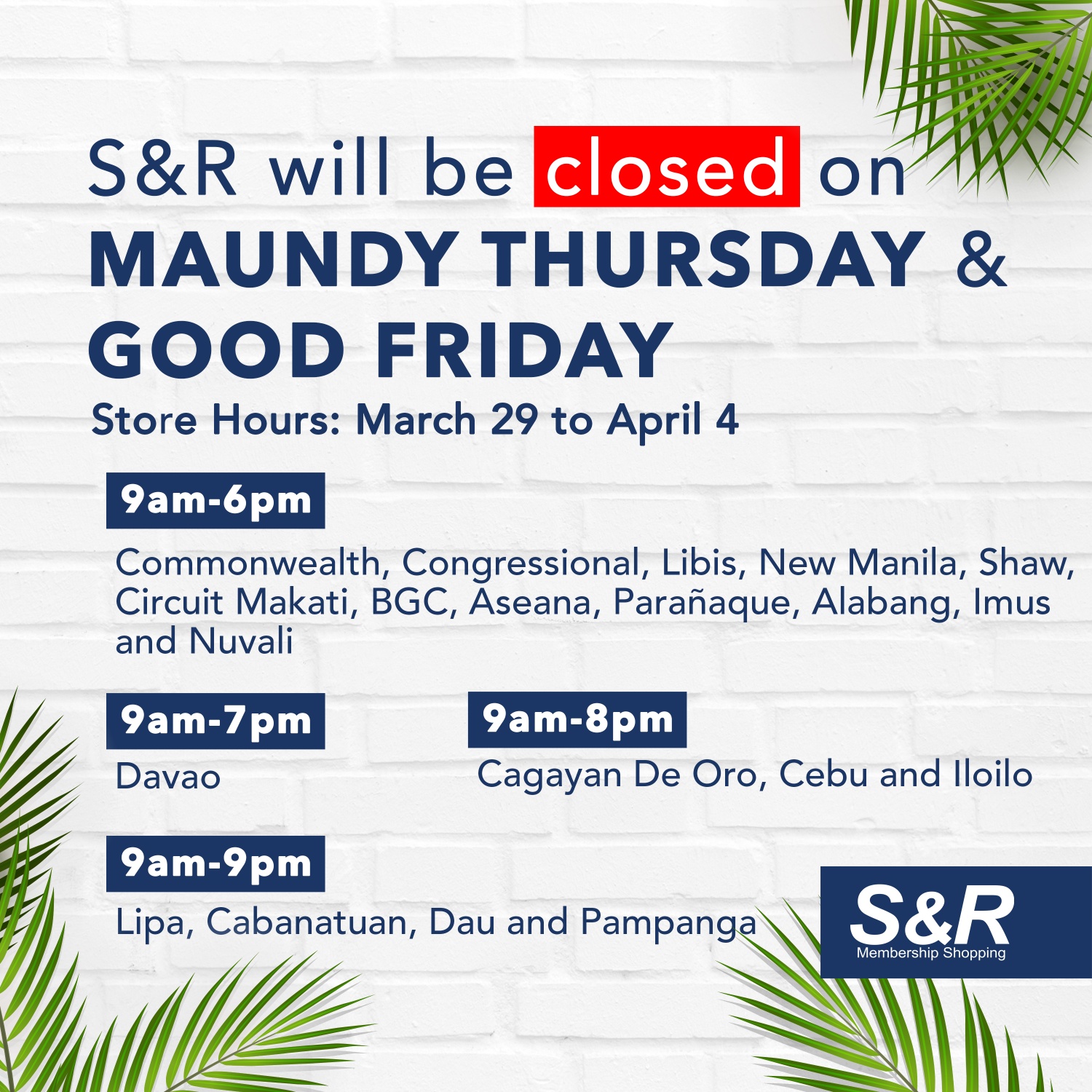 All S&R locations will be closed on April 1, Maundy Thursday, and April 2, Good Friday.