The state-run People’s Television Network is now looking into how the “dutertepalpak” hashtag was included in one of its tweets today.

At 7 pm today, PTV’s Twitter account posted a link to a story about President Rodrigo Duterte with the caption “President Rodrigo R. #dutertepalpak BTS reiterated his order to provide free masks for the public especially to those who cannot buy their own.” 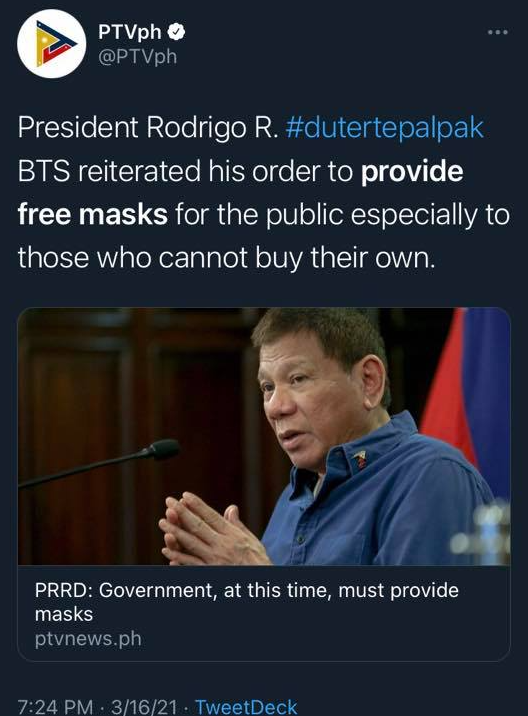 In a tweet addressing the incident, PTV said the “wrong hashtag was never in the original caption.”

The state-run network also tagged the tweet as “malicious.”

The original story and caption reads:

"President Rodrigo R. Duterte reiterated his order to provide free masks for the public especially to those who cannot buy their own."

“PTV is currently investigating the intent behind this malicious post. Our apologies,” said PTV.

PTV did not comment about the presence in the said tweet of BTS, which has been also trending recently after it was snubbed at the Grammys.

Israel to reopen to vaccinated tourists starting May 23