The Sexual Orientation and Gender Identity and Expression (SOGIE) equality bill remains stuck in limbo after it was first filed in the 11th Congress two decades ago.

During the previous 17th Congress, the bill was approved on final reading at the House of Representatives but its counterpart measure in the Senate didn't move past the interpellation stage.

Today, the bill is being heard at the committee level at the House of Representatives.

One of the many people who has expressed strong opposition against the bill is lawyer Lyndon Caña from the religious group Coalition of Concerned Families.

During the hearing on Wednesday, November 4, Caña criticized the bill for allegedly not including rights for the “straight community.”

“What is in the bill for the straight community? Do they have identity? There is not even an attempt to protect them,” Caña said. “With respect to the LGBT community, while we respect them, while we love them, nagiging super special elite class siya compared to the rest of the community.”

Caña also said that the bill does not specify an “end” to the sexual orientations encompassing the term “LGBTQ+”. The plus sign actually symbolizes other gender identities not classified as LGBTQ (lesbian, gay, bisexual, transgender and queer).

“When will this end? When will the orientation end?” Caña said. “For example, if an old man is attracted to very young children, that’s sexual orientation. That’s pedophilia. So included din ba ‘yan sa fundamental human right? How about those who are sexually attracted to the dead? Necrophilia.”

“How dare you! We are here in the House of Representatives, you will seriously think that we will legislate something that would allow necrophilia and pedophilia?” Roman said.

The hearing made the hashtag #SOGIEEqualityNOW trend on Twitter later that afternoon.

SOGIE equality ensures EVERYONE is protected. (Even those who tweet #NoToSOGIEBill ?)

Because equality means no one gets excluded,discriminated vs or left behind. Lahat tayo may SOGIE.

What is the SOGIE bill?

To help clear the air, here's a rundown of the component parts of the term “SOGIE.”

Sexual orientation is about the gender of the person (or people) you are most likely attracted to. You are heterosexual if you’re attracted to the opposite gender, homosexual if the same gender, bisexual if both genders, or pansexual if all genders.

Gender identity is how you identify yourself: cisgender if you feel that the gender you are born with is truly who you are, and transgender if it’s the other way around.

Gender expression is how you express your gender through your fashion style and movements.

Because everyone falls under a certain type of sexual orientation and gender identity, the bill doesn’t leave anyone behind, including the cisgender or the “straight community.”

Every time equal rights is championed, be it for IPs, women or PWDs, oppositors are quick to take out the “special rights” card. This is dangerous.

The first version of the bill was filed by the late senator Miriam Santiago and former Akbayan representative Etta Rosales in 2000. It ended up being junked by Congress, just like the other two versions filed in 2013.

Conversations on LGBTQ+ sparked anew in 2014 when trans woman Jennifer Laude was murdered by US marine Joseph Scott Pemberton in a sexual encounter in Subic.

In 2016, Senator Rissa Hontiveros filed a Senate version of the SOGIE bill.

In 2017, Congress passed the anti-discrimination bill with a vote of 197-0. The following year, Hontiveros’ version of the bill was put on hold.

On August 15, 2019, trans woman Gretchen Diez made headlines when a janitress in Farmer’s Market barred her from using the mall’s female restroom. The confrontation led to a scuffle that Diez streamed live on Facebook. She was later handcuffed and taken to the police station where she was further humiliated by the police. She was released after the mall’s management dropped their charges against her.

The Senate then conducted its first hearing on the SOGIE Bill five days after the incident. 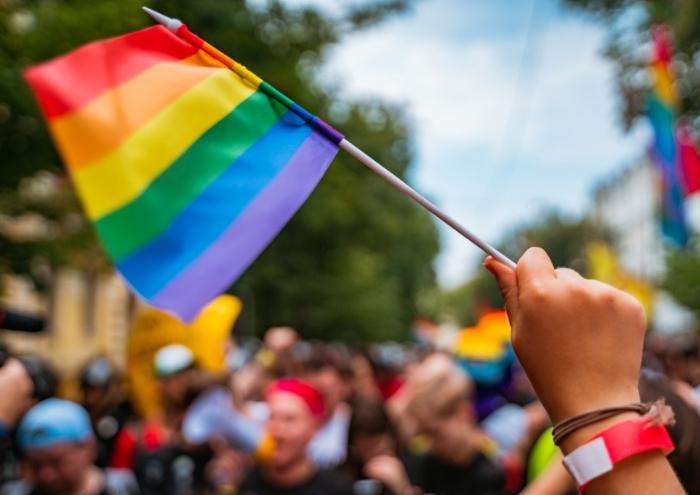 What is included in the SOGIE Bill?

The SOGIE bill prohibits any person, corporation, or organization to commit discriminatory acts against anyone based on their SOGIE.

These activities include harassment, promotion of violence and stigma (unfair negative beliefs), and enforcement of harsher penalties or disciplinary actions than customary punishment.

The denial of any public service and access to any health services and insurance available to the general public is also prohibited.

When it comes to education, a person must not be denied admission to a school or training institution based on their SOGIE. But Hontiveros clarified in an email sent to PhilSTAR in 2019 that the bill also "recognizes the right of certain sectarian, religious schools to operate based on their faith and in line with the best interest of children.".

No one must be denied of any government license, clearance, or certification, and no group or organization should be prevented or revoked from being accredited or formally recognized because of its members' SOGIE.

After what happened to Diez, the bill also prevents anyone from being barred usage of any facility, utility, or establishment open to the public based on his/her gender identity.

Additionally, the anti-discrimination bill protects people from being put in a situation where they are forced to take medical or psychological tests to determine or alter their sexual orientation and gender identity, let alone prevent them from enjoying or exercising their human rights.

It does not, however, support same-sex marriage.

"The SOGIE Equality Bill is not same-sex marriage, it is not an infringement on your religious liberties," Roman said in a press conference at the House of Representatives in August 2019.

It does not amend the Family Code of the Philippines, which states that "marriage is a special contract of permanent union between a man and a woman entered into in accordance with law for the establishment of conjugal and family life."

Hontiveros added in her email with PhilSTAR that "[claims] that the bill will compel churches and priests to perform same-sex marriage is fake news." 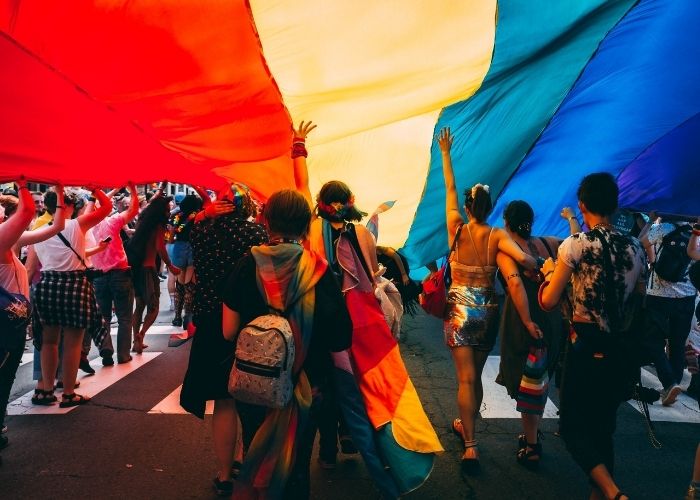 Who benefits from the SOGIE Bill?

Basically, anyone with sexual orientation. And contrary to common misconception, the SOGIE bill does not provide extra privileges to the LGBTQ+ community. Instead, it only supplies them with ones that every Filipino has.

Hontiveros clarified this in the same email she sent to PhilSTAR in 2019. "Numerous cases of discrimination against LGBTQ+ persons point to a lack of legal support for these cases," Hontiveros stated.

"Employers can choose to discriminate against LGBTQ+ persons on the basis of their SOGIE, trans people can be refused service in establishments, and gay men can be denied access to health services because of stigma. There are no laws protecting the LGBTQ+ persons based on their SOGIE," she added.

Roman underlined the same point in a press briefing in August that year, saying that the protection and access to services indicated in the bill "are not extra rights."

"These are the same rights enjoyed theoretically by many Filipinos," she said.

Photos are from Canva, Shutterstock, and Mercedes Mehling on Unsplash.