One look at Jack Rosales and you might think he was a prison employee, not an inmate awaiting trial.

He was not staying behind bars the whole day unlike the other prisoners. Instead, he could be seen all over the custodial facility doing random tasks, happy to serve as the all-around handyman for a minimum security jail in Caloocan City.

Rosales is a 43-year old father of five who has been under police custody for about eight months now. His wife charged him with rape, which he found rather odd, because he said they mutually parted ways since 2015. He wound up in prison October 14 last year when a metropolitan trial court judge issued a warrant for his arrest.

“My wife sued me for rape. She made up a story against me while I was abroad. When I came home, a case was already filed that I did not know about,” Rosales said in Filipino. He agreed to share his story on condition that his real name would not be mentioned.

I was surprised. Even the police was also surprised.

Rosales has been in an out of the country over the past 10 years, working as an electrical supervisor based in the Middle East. He said he was in Riyadh fulfilling an employment contract for a project with the Saudi Arabian government when his wife pressed charges.

The lawsuit proceeded without his knowledge and he only found out about the rape suit when the cops finally tracked him down in his residence, a year or two after he returned to the country.

“I was surprised. Even the police was also surprised,” Rosales said, recounting the moment he was arrested. Though the allegation puzzled him, he submitted himself to the authorities nonetheless.

When asked what could have motivated his wife to accuse him of committing such a serious and non-bailable crime, Rosales only said: “It was out of anger. That was a long time ago.” To his understanding, the authorities were just looking into it because the complaint was elevated to the lower court. 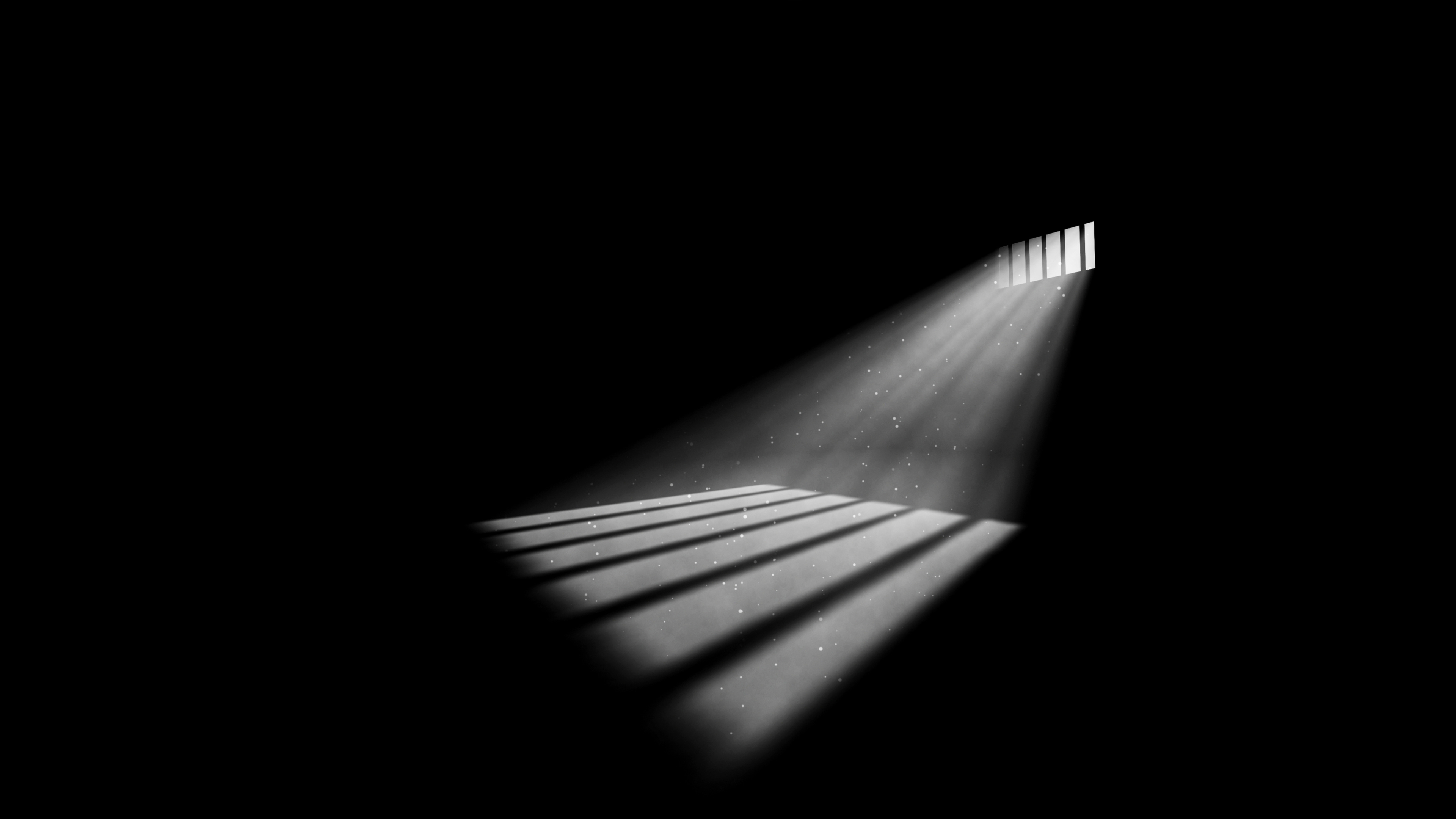 Rosales admitted that he failed to settle some issues with his wife when their marriage broke down, but he had no idea it would send him to jail. He and his wife have four children together, two sons and two daughters, who are now all estranged from him. All of them are staying with their mother. His kids have blocked him on social media.

He and his wife have four children together. But his kids have blocked him on social media.

He also tried to send financial support to his children when he was still working abroad, but they declined his help.

“That is what they want, I accept it,” Rosales said.

“I am going to leave them be because I think they are okay,” Rosales said, adding he does not expect a visit from his sons or daughters this Father’s Day or any kind of day.

Rosales has been keeping himself busy by doing almost everything while in detention—from cooking meals, building a new cell, repainting walls, fixing the lights to the overall maintenance of the small prison grounds.

“I don’t feel like I’m in prison. Just normal,” Rosales said, laughing as he described his life behind bars. 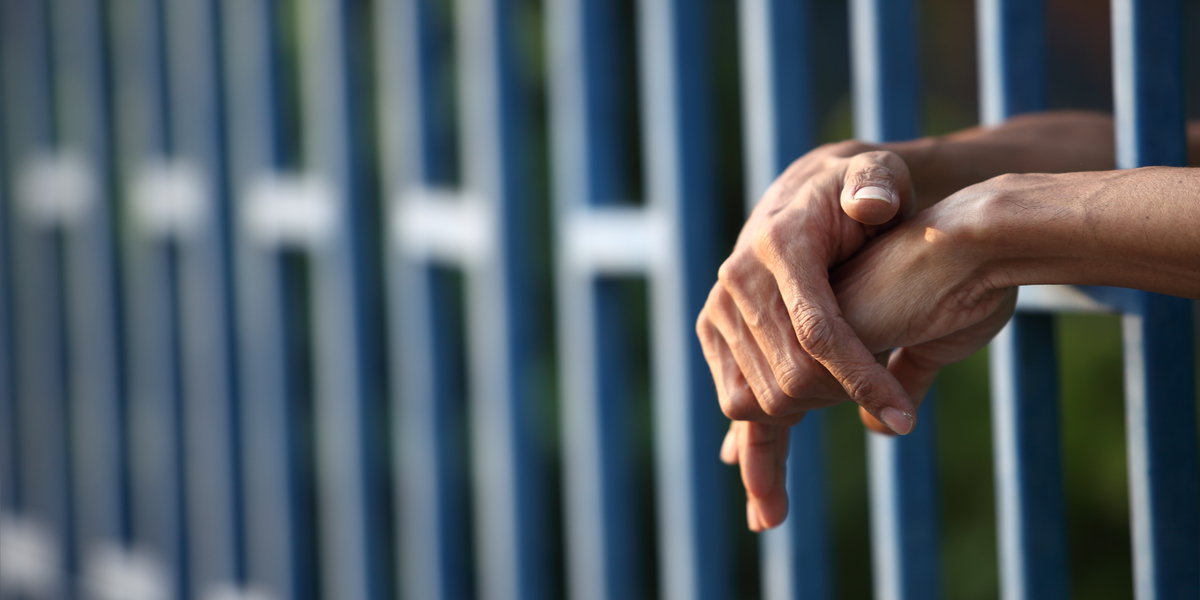 By contrast, Mike Santillan wanted to be with his children to celebrate Father’s Day but their reunion had to wait. He was imprisoned for theft last March over an alleged scam involving his car. He spent much of his professional life abroad as well. He used to work as a stage manager for different cruise ships navigating around Asia, Europe and the United States.

“It is sad, of course, because I’m supposed to be with them. I was working overseas for more than 10 years and I stopped because I said I wanted to be with my family. But then, after two years of not leaving for work, this happened. It’s sad, it’s difficult,” said Santillan in Filipino, who also requested not to use his real name for this story.

Santillan is also 43 years old and considered himself a family man despite a failed marriage with his wife. He has two kids from his previous relationship and another child with a common-law partner. Of his three children, he said only his eldest knows about his current situation. The other two were told that their father traveled to another country again for work.

“We did not inform my other kids about my imprisonment because I do not want them to look at me differently,” he said.

Santillan is currently serving the remainder of his four-month sentence. He was also meted out a P75,000 fine. He acknowledged his transgression and accepted the court ruling. But like Jack, Mike does not view his life in prison as a punishment either. He considered it a God-given challenge instead to test his humility.

“I think of it like a touch of God. Maybe I’m already too high and leading my life astray that I am hurting other people,” Santillan said. He appealed for the forgiveness of his family including his parents, especially his dad.

Truths my father told me

Both fathers are determined to get their lives back on track as soon as they come out of prison.

Santillan hopes to reopen his restaurant business, which closed down in his absence.Rosales, meanwhile, is confident he will be acquitted because the rape suit lodged against him has already been dismissed for lack of evidence. He is just waiting for a proper judgment on his case before being issued a release order. He is aware that it might take a little more time considering the effects of the ongoing pandemic to our justice system.

Maybe when they start their own families, we will see each other again.

“As soon as I’m done here, I will have my documents processed. I’m going to ask police officers I know to help erase my criminal record with the NBI because I cannot travel right away without having cleared my name,” Rosales said of his plans for the future.

Rosales intends to come home to his common-law wife and their five-year old son who is giving him another shot at fatherhood when he gets out. He is hoping his former spouse could also forgive him for the pain he might have caused.

As regards his four estranged children who are now busy with their studies, Rosales said he hopes that “maybe when they start their own families, we will see each other again.”

Aytch dela Cruz is a human being who does things like thinking and writing. She is fascinated by stories about the human condition. She dreams to be everywhere and nowhere at the same time, if dreaming is still a thing.