Like many nations who have begun opening up their society after reaching the goal of vaccinating the majority of their population, we should also be expecting breakthrough cases still rising although, with less and less patients getting severe disease and dying.

So-called breakthrough cases, where immunized individuals still get infected, is compounded by the fact that the virus persists to thrive by mutating and by clustering. The tricky makeup of this lethal iteration of the seemingly ubiquitous coronavirus also enables an expansive antigenic drift, partly driven by a global race to combat this scourge with various repurposed drugs including what are called immunomodulators.

The big question remains: Who dies of COVID-19 pneumonia?

What’s important to understand is that even in the COVID-19 pre-vaccination period, only a minority run the risk of dying and the majority will recover from the usual symptoms similar to a viral flu. But the magnitude of the problem being a global pandemic highlights the suffering of mankind, sparing almost no one as most likely each one of us know someone who got afflicted with COVID-19 pneumonia with a number mortally stricken.

According to the private research group OCTA, the case fatality rate is estimated at 1% for the younger and up to almost 6% for the elderly population during the multiple surges our country has encountered.

Now as we proceed with widespread vaccination among our countrymen, we eagerly await to revert back to at least a new normal: where vaccination hesitancy is squashed, most practice usual safety precautions, but nonetheless are able to carry on with and enjoy our lives.

The big question remains: Who dies of COVID-19 pneumonia?

US okays Pfizer COVID booster for the elderly and high-risk

As a clinician being a part of the COVID team from the onset in our center here in the Metro, I have seen this viral pneumonia’s clinical course evolve. It is well established that individuals like the elderly, or those with uncontrolled comorbidities, run the highest risk of severe disease and death. This specific population will benefit the most from the COVID-19 vaccine and possibly booster shots the same way we dealt with repeated annual influenza shots during the flu season.

There is a much smaller population that will potentially keep on burdening our healthcare system if the pandemic will not be reduced to an epidemic or just a mere disease outbreak: those who are at risk of Cytokine Storm.

Developed drugs, namely antiviral monoclonal antibodies, are being made readily available to the public to prevent disease progression for these at-risk persons. Yet, there is a much smaller population that will potentially keep on burdening our healthcare system if the pandemic will not be reduced to an epidemic or just a mere disease outbreak: Those who are at risk of Cytokine Storm, a complication from severe to critical COVID-19 pneumonia.

Cytokine Storm Syndrome or CSS is a relatively novel medical term in relation to the coronavirus. It has earlier been reported in scientific journals beginning in the past outbreaks of this virus namely: the first SARS described in Hong Kong as well as the Middle East coronavirus. The disease concept actually has been postulated to be the cause of death among young infected individuals way back in the 1918 influenza pandemic. CSS has been similarly described among deaths seen in several of the deadly flu seasons like the AH1N1 pandemic a decade ago.

There is widespread inflammation in the body of a patient with CSS and is thought to be an exaggerated host immune response to the SARS-CoV-2 infection. It is characterized by acute respiratory distress that could culminate in a fulminant release of inflammatory molecules we call cytokines, multi-organ failure, and death, especially in genetically predisposed individuals.

Cytokine Storm Syndrome afflicts young and old alike and has a high incidence of mortality especially if the organ inflammation remains unabated.

The approach to management and disease term has been used interchangeably among well-established hyperinflammatory syndromes namely the hemophagocytic histiolymphocytosis, the primary form of which has been recognized to be due to a defect in an important gene for inflammation perforin.

The secondary type is seen among many underlying conditions like certain infections, drugs and in our field in rheumatology, many overlapping autoimmune diseases labelled as Macrophage Activation Syndrome. The major immune system cell macrophage secretes many of the pro-inflammatory cytokines like interleukin 6.

CSS afflicts young and old alike and has a high incidence of mortality especially if the organ inflammation remains unabated. Throughout the pandemic, several drugs have been looked into playing a potential role in controlling this deadly disease complication. 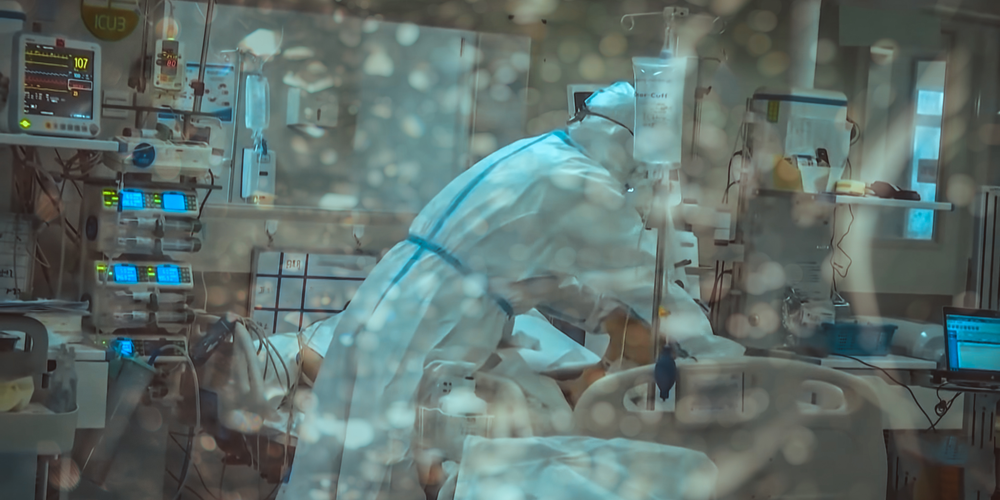 Given the gravity of the situation, drug development was outpaced by existing medicines and have been identified through breakneck speed through AI algorithms of disease modelling and extrapolations from previous indications like an approved drug for a particular cytokine release complication from an immune therapy to cancer. Many of these repurposed medications were originally being given to the spectrum of rheumatic diseases and addressing inflammation.

These anti-inflammatory drugs range from the common steroids, the gout medication colchicine and to the highly targeted biologic therapies and small molecules like monoclonal antibodies Tocilizumab and Jakinases. Several of these repurposed drugs have been clinically proven from the numerous clinical trials conducted globally against COVID-19. These drugs have been incorporated to be part of many local and international treatment guidelines for COVID-19 pneumonia including the World Health Organization.

Since the vaccine roll-out has favored developed nations to the detriment of developing countries like ours, we continue to see a rise of severe COVID cases requiring hospitalization and a run of these critical and limited supplies of repurposed drugs. This demand has also triggered the rise of unscrupulous traders that disenfranchises those patients originally intended to use these drugs like those with autoimmune inflammatory diseases.

The Philippine Rheumatology Association also came out with a guidance statement on the use of these drugs for CSS complication of COVID-19 pneumonia. It is imperative among us all to be informed, reassured and be educated on the benefits and relative safety of the approved COVID-19 vaccines in order to prevent severe COVID infection.

For the clinicians, it is also our moral responsibility to avoid the use of these repurposed drugs indiscriminately by practicing our fundamental medical bioethical values of patient autonomy, justice, non-maleficence and beneficence.

Evan Silverio Vista, MD, heads the rheumatology section of Ospital ng Makati. He is an active consultant, associate professor in rheumatology at St. Luke’s Medical Center (Bonifacio Global and Quezon City) and College of Medicine Manila, Philippines. Dr. Vista currently serves in the Board of Trustees of The Philippine Rheumatology Association and the advocacy and research chair of the organization.

Satire and the sacred right to mock