Armed with short attention spans, constant connectivity, and unprecedented influence spanning continents and social classes, Generation Z has been poised to change the world since they first entered it. It’s a lot of pressure to carry, especially in the face of our ever-turbulent social milieu, but it’s one they have managed to take in stride.

“In an era where the impossible is possible and changing every day, [Gen Z] wants an active role in creating a culture that is relevant to their experiences,” marketing firm Adrenaline Agency states. And so they combine elements from a variety of religious and secular sources, dipping their toes into fields from witchcraft to fandom in search of something to believe in. Instead of subscribing to every tradition imposed within an intact system, Gen Z enjoys shaking things up or even disregarding them altogether in the spirit of self-actualization.

Gen Z’s choice to deviate from usual cultural hallmarks isn’t spur-of-the-moment, but rather a product of factors largely outside of their control.

Of course, this doesn’t sit well with conservative generations, who have been hard at work to maintain everything that is currently subject to change. Gen Z is thus pegged as the end of heritage as we know it, often admonished by elders for lacking the utang na loob inherent to Filipinos. As controversial as this take may seem, they can’t exactly be blamed for jumping to conclusions: from an outsider’s point of view, it seems that young adults today are willing to sacrifice the past for the sake of whatever notion of progress is trending on the internet. But of course, there’s much, much more than what meets the eye.

Gen Z’s choice to deviate from usual cultural hallmarks isn’t spur-of-the-moment, but rather a product of factors largely outside of their control. Past studies have suggested that the decline in affiliation to belief systems began with the Baby Boomers, meaning a smaller proportion of each subsequent generation is raising kids who strictly adhere to convention. While these were initially conducted to examine why less people identify as religious, the same ideas can be applied to why certain events are honored, while others are not. One timely example is Lunar New Year, where family ties and values are the central force holding the celebration together. 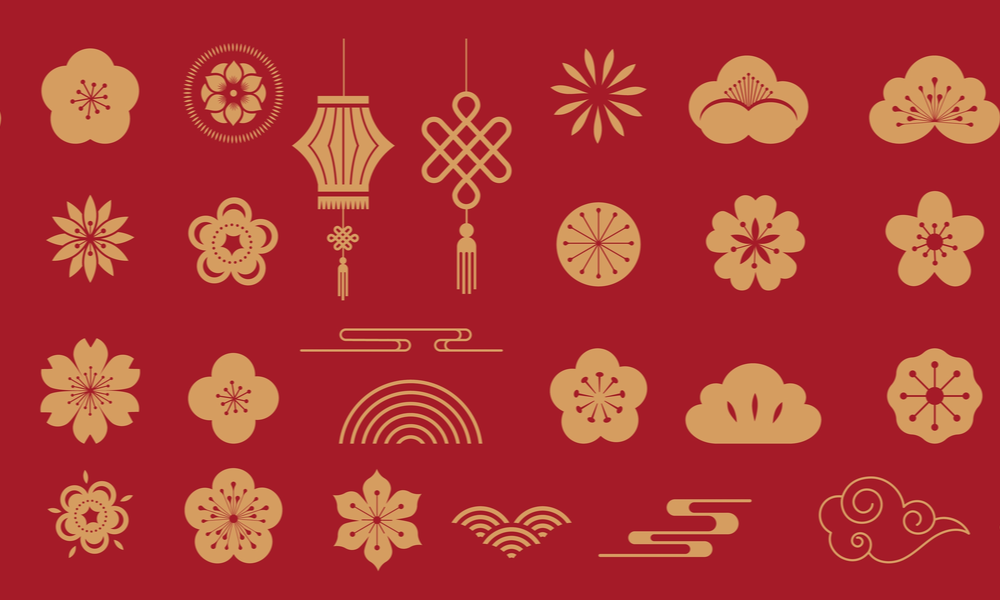 Since no two domestic relationships are exactly the same—as made evident by the following interviews held with our Filipino-Chinese Gen Z respondents—such a holiday can be regarded in a myriad of ways. Francis, for instance, grew up in a household that introduced him to the importance of customs at a young age.

“One of the many things I appreciated as a mythology nerd was learning stories of Chinese folklore from my very Buddhist uncle during Chinese New Year,” he recalls. “I remember telling these stories to my friends once I got to college and they appreciated how different they were from Western myths, so it’s something I would definitely love to pass on to my kids in the future so there’s something distinctly Chinese about the way we celebrate.”

If anyone is forced to blindly follow rituals without learning the significance behind them, they miss the opportunity to connect on a more meaningful level and instead brush it off as a tedious chore.

Hazer shares the same sentiments, saying: “I value the traditions I grew up with because it’s second nature to me. I’m even trying to learn more from my parents regarding how I can live these out so I can continue celebrating this way when I have kids of my own. I would honestly feel like I’m disrespecting my own culture and ancestors if ever I stopped practicing them.”

Conversely, those in unorthodox households that have adapted more to Filipino ways of thinking and living raise children who are inclined to behave the same way as they grow older.

“My family is Christian, so we don’t do the usual practices of burning incense or offering fruits to the gods. So honestly, sometimes the celebration can pass off as a birthday,” Rose admits. “We don’t even stay up at night for it unlike New Year, where we have media noche. Since not everyone celebrates it, it’s not as grand and also kind of less exciting.”

Families can also make or break traditions through the way they currently treat their kids. Young people are far likely to be positively influenced by adults who demonstrate care about their lives, rather than those who impose impersonal beliefs “just because.” True enough, if anyone is forced to blindly follow rituals without learning the significance behind them, they miss the opportunity to connect on a more meaningful level and instead brush it off as a tedious chore. Erica* relates to this as someone who never had the best relationship with her parents. “They’ve never really shown much concern for me as a person. So having them order me around and tell me to go to temples or prepare food for a holiday only because they said so really affected the way I interact with my culture.”

Of course, it’s impossible not to talk about having to spend time with relatives who have either nothing good or nothing at all to say during gatherings. “You’re about to sit down at the dinner table and you suddenly get bombarded with all these questions: Do you have a girlfriend? Are you getting married soon? Have you graduated yet, and once you do, what are you going to do with your life?” Jay explains. “Extended family members generally drill down on you and find any excuse to criticize or compare you to someone else. Being the oldest grandson in a very patriarchal Chinese family, it gives me this burden of responsibility, so I don’t enjoy this bit of celebrations.”

The Year of the Water Tiger: 'There will be separation, aggression, unforeseen changes'

But the fact that their specific experiences have been tainted by sky high expectations and soporific rituals doesn’t mean that Gen Z’s attitude towards this important holiday is fixed. As they process the amount of information constantly made available to us, they allow their opinions shift and in turn, their modes of thinking and being. “Despite the unpleasant experiences I may have had, I would actually want my children to celebrate Chinese New Year, only this time I won’t shove tradition down their throats compared to what my other relatives did,” Jay says. “I would try to be more friendly about it, explain the why behind it, so they always remember why they’re doing it rather than think that they’re just pleasing their elders or fulfilling a responsibility.”

There will always just be something special about knowing where you’re from and practicing tradition that holds a deeper meaning.

“Even with our differences, I think being in touch with my relatives will help me identify with being a Filipino-Chinese better,” Rose adds. “One thing I’ve always wanted to do to be better in this department was to learn how to speak Hokkien instead of always responding back to them in English or Filipino. If I don’t become proactive and exert effort, I know I’ll really end up distant from it.”

In times when the rest of the world seems to be entrenched in Sinophobia of varying degrees, it’s refreshing to know that Gen Z members of the Filipino-Chinese community still acknowledge the importance of coming together and giving thanks for the fortune they’ve found in one another.

Here’s what the Year of the Water Tiger has in store for you in love, health, career, and money

“Even after everything, I still appreciate and am proud to identify as Chinese,” Francis shares. “There will always just be something special about knowing where you’re from and practicing tradition that holds a deeper meaning.”

So to the previous generations, hopefully this serves as proof that there is absolutely nothing to worry about. The traditions in place may be examined through a different lens or given a new twist in the years to come, but at the core of it all is the love and respect that adds meaning to celebrations such as Chinese New Year—both for one another, and for the culture that binds everybody together.

*Names have been changed to protect the identity of interviewees.

Angel is a Manila-based storyteller and strategist who aims to inspire meaningful growth in people, products, and organizations. Currently, she’s finishing up her marketing degree at Ateneo de Manila University; interning at start-ups and think tanks; and freelancing for publications such as Young STAR, CNN Philippines, VICE, and Rappler.