Falling for the satirical is like slipping off the edge of a tall cliff only to hit a vat of homemade mayonnaise at 0 to Mac 5 in mere milliseconds. That is, if you’re foolish enough to be caught in satire’s snare. All for fun and boundless schadenfreude.

Recently, TV personality Kim Atienza fell for the satirical claims of one so-called “International State College of the Philippines,” a satire Facebook page, that he would soon be the dean of the university’s College of Education.

The site breathes fire through satire and parody, particularly that of the education sector. Politics, of course, is its darling fall guy, oftentimes giving people reasons to laugh out loud regardless of the serious issues involved.

Whoever put up the site possesses a nifty genius for imaginative and incisive mockery.

Class is in session: What in the world (and sun and moon) is the International State College of the Philippines?

In fact, the site has inspired such “colleges” as the ISCP College of Agriculture, Major in Farm Conversion to Subdivision, or the crafty College of Criminology, Major in Cardo Dalisay.

The site’s followers, mostly claiming to be ISCP students from different campuses all across the country, had built a listing of “colleges” and “campuses” so hilarious one could whip up an inch-thick brochure for its sales. Its followers are so “in the zone” when commenting that, if you’re not careful, you’d think it’s legit.

In one of ISCP’s posts, it called on the students to send their classmates over to the “International State College of the Philippines - Scarborough Shoal Campus. We need to replenish the student body here, thanks!”

Good thing Kim Atienza took his fall in good stride, saying in a later comment, “If you can’t beat them, join them. Thank you for the honor. Langya kayo, you got me. Congrats on the page. Kelan face to face? I want to meet my students.”

Another satirical page gaining traction on social media is Malacañang Events and Catering Services, which is built on the caption, “The presidential standard of celebrating good times.” I’m not the sort to give you spoilers, hence you’re free to see for yourself the hilarious things the site can offer.

Satire’s humble beginnings kicked off with the all-too-sacred lampoon using poetic medley. These parodies of power – obscene display of power and wealth being the only deserving topic for ridicule and derision – are often more memorable than those crafted in the name of the glum and the morose.

It is a fact of history that even our very own Graciano López Jaena, a prolific writer, did not miss the impact of using satire and parody when lampooning the religious during the Spanish occupation of the islands.

The story of one Fray Botod – Botod meaning “big-bellied,” a nickname given to a loathsome friar by the townsfolk – is a genius in the use caricature. It tells the tale of this unwelcome and superfluous friar giving a sermon made exclusively of lies.

“Indios, laborers, we are all rich in Spain. There on that soil of the Virgin, nobody is poor. We all wade in gold […]

“We have come to civilize you, serfs, indios, carabaos, and illiterates. You are all slaves of Spain, of Father San Agustin. Do you understand? Amen.” 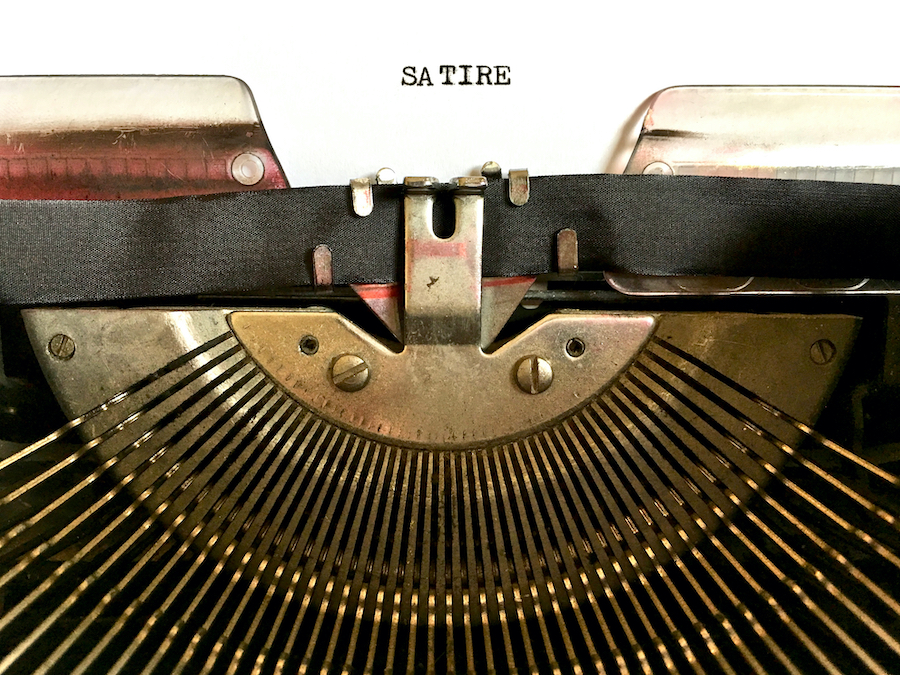 To understand how hilarious this is coming from a portly, overstuffed cleric, one must first know what Jaena was trying to say.

First off, the reference to the friar’s potbelly – that “He eats like a pig and is fond of pepper, luya (ginger) and other sexual stimulants” – wasn’t an attempt to body shame the cleric or make juvenile fun of his pig-like eating habits.

The friar’s boast of being “civilized” and coming from a land flowing in milk and gold should have taught him the ways of civility, not stealing and gorging on every available resource in a land Spain had brutally claimed as its own 11,649 kms away from Madrid.

Apparently, Friar Botod’s long list of insatiable passions included our women, to say nothing of our ginger.

The potbelly symbolizes the greed and appetites that plunged the archipelago into near ruin for 300 years had it not been for the likes of Graciano López Jaena and other ilustrados who used their pen to expose colonial Spain’s avarice.

And satire is just one of a thousand ways to slap them silly.

Satire uses allegory in its arsenal. Irony, too, and the sort of sarcasm that bleeds the target dry. As a literary tool, it is most effective in bringing home a message, that of resistance and dissent most often, or exposure of secrets long held as taboo in open conversation.

Some of the most engaging satirical books ever written – George Orwell’s Animal Farm being the notable novel, in my opinion – takes allegory to the level of magical realism and there exposes the dark underbelly of the realms of power and human relationships.

Many of these works – The Borowitz Report of the New Yorker for the special mention, aptly described as “Not the News” – are serious enough to merit a closer study, what with its expositions and pronouncements, and scenes of incivility and stupidity couched in the language of spoofs.

Satire is literature’s version of the burlesque, the best of all possible and hilarious worlds, and if you’re one of those who thinks Charlie Chaplin is funny, then know this: you have a taste for the satirical. Everything about Chaplin’s character on stage and film resonated the murderous Adolf Hitler – the tickle-our-funny-bone version.

Not all people, though, appreciate satire. Think the French publication Charlie Hebdo, its editors massacred in 2015 for publishing a satirical cartoon. Filipinos, in particular, are said to have no “satire gene”. We often get lost between the shadow of sarcasm and the soul of irony, preferring rather the bargain-basement tricks of slapstick.

Philippine STAR columnist Jing Castañeda has this to say: “How I wish that our local political satirists were as active today as they were back then.  We need them now more than ever, especially given the challenges we’re currently faced with.”

Satire, being a literary tool, is free speech. It is literature’s way of exposing what is otherwise grave and serious as a thing to laugh about. Author Neil Gaiman, the brainchild of Sandman, in his credo (found in his collection of essays, The View from the Cheap Seats), raises satire to the pinnacle of the sacrosanct, which we may very well heed:

“I believe you have every right to be perfectly certain that images of god or prophet or human that you revere are sacred, and undefilable, just as I have the right to be certain of the sacredness of speech, of the sanctity of the right to mock, comment, to argue, and to utter.”

Besides, aren’t we now all living in our very own satire?

'Thank you for everything I never thanked you for': Kris Aquino pens birthday tribute to late brother Noynoy