Checking in at Christmas festivals and activities as early as November is a good idea when you want to free up your December for intimate gatherings with your dearest and nearest.

This is, of course, apart from the fact that the season kicks off in the Philippines in September and you simply want to indulge in the sweetness of Christmas for a prolonged period.

And if you're thinking of ways to jump-start the festivities weeks before the actual Christmas month, a night out in Makati should be on top of your list. After a two-year hiatus caused by the pandemic, the city is now back to pump up the season with its yuletide traditions, which include the popular Festival of Lights, organized by Ayala Land.

In the real estate company's "MAKE CHRISTMAS HAPPEN" initiative, Makati folks and outsiders can expect "bigger and brighter" displays and events designed to bring back the joy of celebrating the season outdoors and amid fellow festive Pinoys.

This year's string of events officially began last Nov. 3, with the ceremonial lighting of Christmas decors along Ayala Avenue, which Ayala Land Head of Marketing and Communications Christine Roa described as "more beautiful" this time around.

"What makes it special is we're going to extend or expand these decorations where these decorations are located. So you're going to see them in more bays across Ayala Avenue. The whole stretch will be more beautiful and more people will see them as they drive by and walk by," Roa said during the company's Christmas briefing attended by PhilSTAR L!fe on Oct. 27.

"And also, in this tradition of Instagram and everybody wants to take pictures, we're going to have an installation of gigantic parol in Ayala Triangle Gardens," she added.

Ready to celebrate the holidays? Here are other activities you can check out in Makati to make your Christmas this year even merrier.

Talk about breathtaking Christmas events and for many Metro Manila folks, the Festival of Lights would be top of mind. After two years of hosting the show merely on Ayala Land's Facebook page because of the pandemic, the annual lights festival is back in real life at the Ayala Triangle Gardens to delight kids of all ages.

The show will begin at 6 p.m. from Nov. 10, 2022, to Jan. 8, 2023, and will give visitors a 360-degree experience not only with its usual dancing string lights and magical laser lights but also a 3D animated video projected on the venue's canopy facade during the introduction.

Conceptualized by Director Ohm David and Lighting Designer Sueyen Austero, the immersive light display will be accompanied by three new musical medleys: an orchestral rendition by the Manila Symphony Orchestra; a TikTok-inspired rendition by Tris Suguitan, Jazz Nicola, and Mikey Amistoso; and a chorale rendition by musical composer Jazz Nicolas.

During Ayala Land's media briefing in October, the Festival of Lights designer, Sueyen Austero, said that the show is their way of "giving joy and hope to the people" amid the ongoing pandemic. "The difference now is we're all expecting a lot of emotions coming from the hiatus caused by the pandemic," Austero said. "So definitely, some would be emotional seeing these lights again, especially for the children. That's what we're looking forward to." 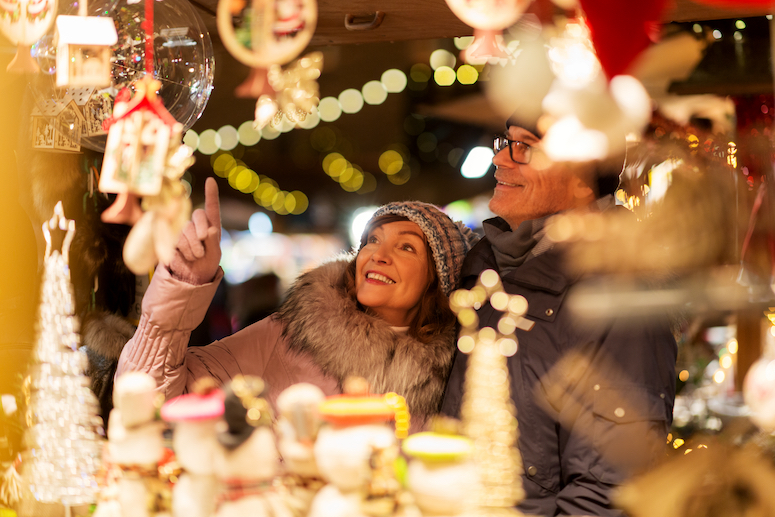 So you've written down your gift list and now it's time for shopping! If you want to avoid the congested crowd you'd usually have to squeeze into in malls, head to the Christmas market in Ayala Triangle Gardens instead.

Organized in cooperation with the French Embassy, this Christmas market will run from Dec. 2 to 31 and will give shoppers a feel of the Marche de Noele Christmas market in France. In this localized version, however, you will get to shop not only for French products but as well as Filipino artisanal goods.

And because it's also located in Ayala Triangle Gardens, shopping for gifts in this Christmas market would be a good, not to mention practical, way to cap off your day right after watching the Festival of Lights. 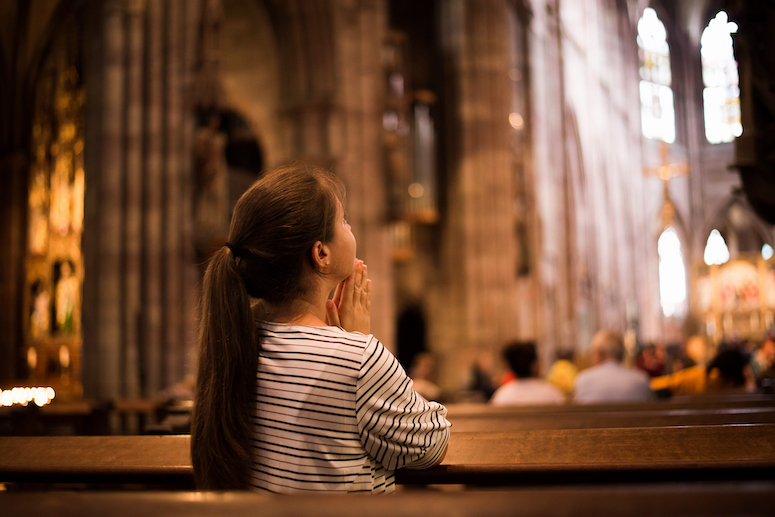 Christmas is the year's busiest season, and that's all the more reason to take a pause and spend some quality time with the season's true celebrant. Not only that, nothing speaks traditional Filipino Christmas more than the Simbang Gabi.

For this year, Ayala Land is celebrating the holy mass for devout Catholics from Dec. 15 to 23 at the Ayala Triangle Gardens. The company is also inviting mass-goers to watch the Philippine Youth Symphonic Band perform live on the opening night, December 15, as they commemorate the meaning and purpose of the season.

Of course, what is Christmas season without the carols? Spend a night (or three) indulging in the relaxing yet festive vibe of the season at the Christmas Holiday Concert happening at Circuit Makati on Dec. 20 to 22.

Hosted by Ayala Land and The Samsung Performing Arts Theater, the three-night event will feature performances by the Manila Symphony Orchestra and Steps Dance Studio, among others.

Want to achieve an aesthetic Christmas home on a budget? Try these tips from Home Buddies' Mayora Frances