With its famous shopping stores, Broadway shows, and colorful nightlife, New York City has no doubt become one of the dream destinations of travel junkies since time immemorial.

If you're looking for a sign to finally tick it off your bucket list, there's no better place to get it than the thumb-stopping feeds of Star Magic artists.

Days before their scheduled Star Magic 30 Beyond the Stars US tour, Kapamilya artists took their time to explore the  'Gram-worthy tourist spots in the city that never sleeps.

The show was held on August 6 at the King Theatre in Brooklyn, to be followed by its second leg on August 12 at The Warfield in San Francisco and another one at the Saban Theatre in Los Angeles on August 14.

While celebrities like Maymay Entrata, Alexa Ilacad, Charlie Dizon, Belle Mariano, and more have clearly been working hard for the show, the gang also made sure to play hard by savoring the city's scenic tourist spots.

Come and take a look at these snaps that will surely sway you to the 1980 hit song by Frank Sinatra: "I want to be a part of it, New York, New York. "

Watching the sunset is definitely a must-try when you're in New York. And if you're wondering where to get the best view, let Maymay Entrata's gorgeous Instagram snaps show you. The actress captured scenic views of the twilight skies from the famous Brooklyn Bridge.

Towering over the East River, this iconic thoroughfare gives you a good view of New York skyline as it connects the boroughs of Manhattan and Brooklyn. It has stood the test of time with its sturdy granite towers and steel cables that witnessed millions of millions of residents and tourists walking, driving, biking, or passing by the picturesque view of the entire Big Apple.

The Vessel at Hudson Yards

Like actress Belle Mariano, be enamored at the honeycomb centerpiece of The Vessel, which was designed by Thomas Heatherwick and Heatherwick Studio. The famous tourist attraction and sculpture comprises 154 interconnecting flights of stairs, 80 landings, and stands at 150-foot-tall, which can be found in the Hudson Yards neighborhood.

Titled "Seeing Into Tomorrow," the art installation consists of the haikus written by Wright that are now painted in various areas in Brooklyn. The project was initiated by The Poetry Society of America and designed by Doyle Partners.

Dizon smiled widely with her arm around Maymay Entrata, while Kyle Echarri exuded some Justin Beiber vibes at The High Line. This elevated public park, located on the West Side of Manhattan, will allow you to enjoy a gorgeous view of New York City as you stroll through the gardens, admire art, attend performances, and consume a delectable selection of cuisine with your family and friends.

Alexa Ilcada and onscreen partner KD Estrada were all smiles at the Brooklyn Borough Hall. According to the city’s Department of Citywide Administrative Services website, the structure housed government officials’ offices, such as those of the mayor and city council. Built in 1848, served for at least half a century as a city hall before it became the Brooklyn Borough Hall in 1989. 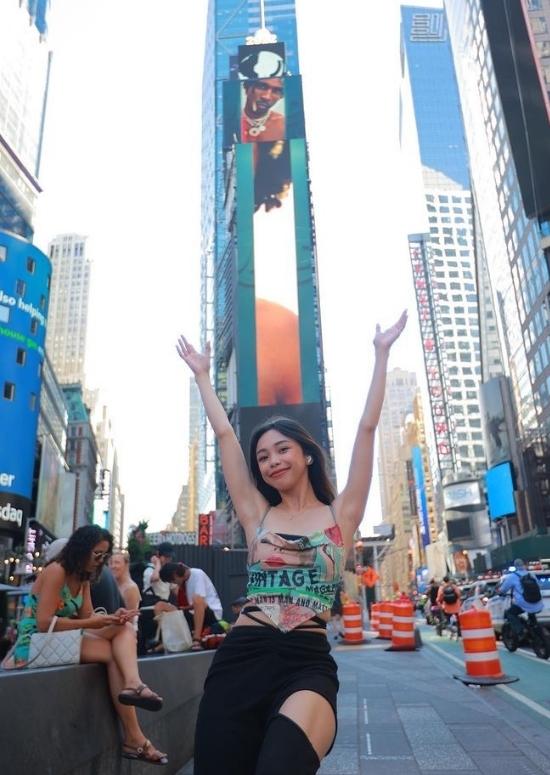 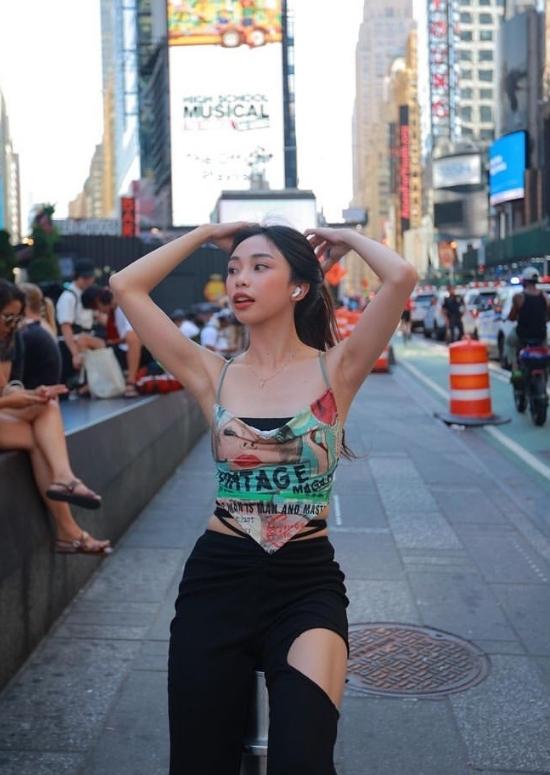 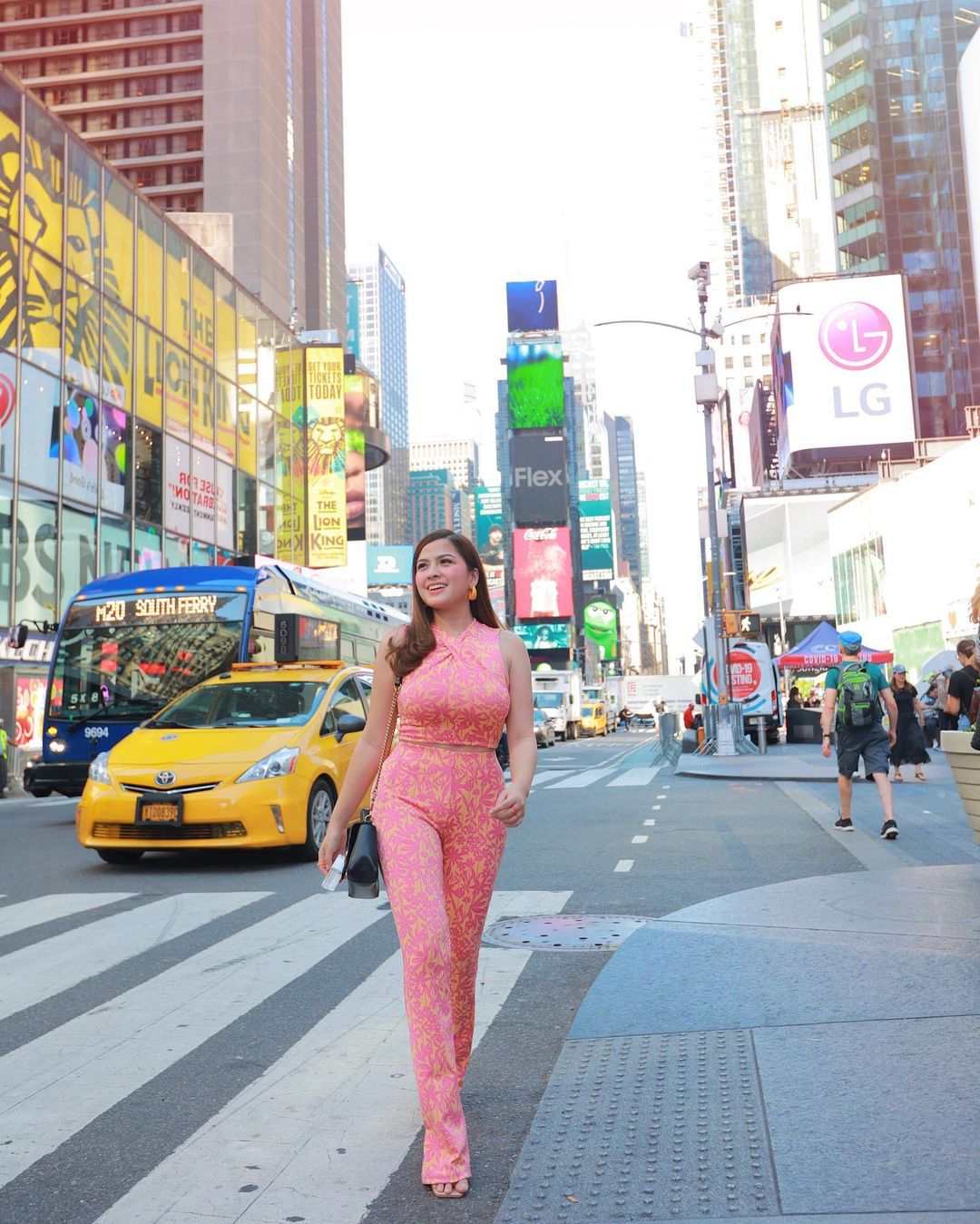 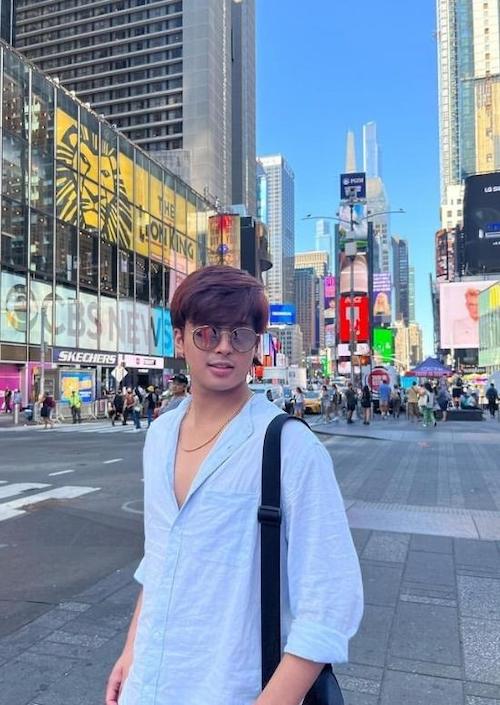 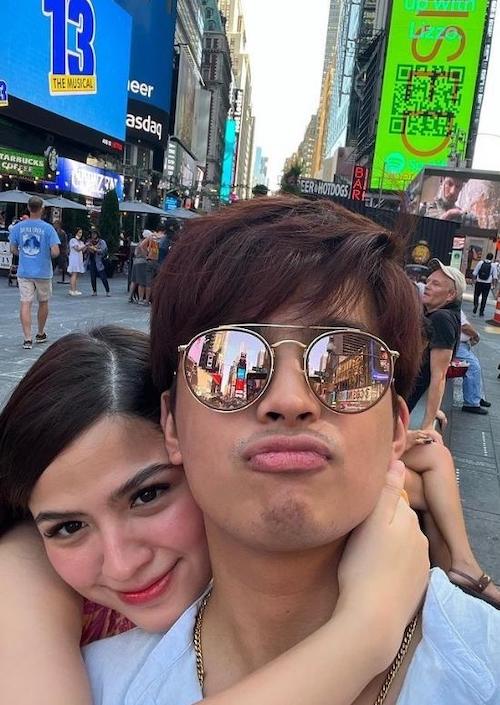 Entrata served looks at the liveliest area in New York City: Times Square. Meanwhile, Estrada and Ilacad shared a sweet selfie where they were surrounded by digital screens and billboards.

Times Square is no stranger to arts and entertainment, being the liveliest area in New York City. Various artists have been performing acts in this famous intersection, including Alicia Keys, who featured Time Square's iconic red steps in the video of her song "Empire State of Mind."

On top of that, this is where people from all over the world gather to ring in the new year while anticipating the ball drop on top of the One Times Square building. Theatre enthusiasts can also have a great time and add broadway to their itinerary when visiting this place.

Mia is a journalism major whose spare time consists of watching Netflix, crocheting, or consuming K-pop content when she's not busy running after 11:59 pm deadlines.

GUIDE: Things fur parents need to know when traveling locally with their pets