At least twice a week, Geloy Concepcion works from seven to five at Java Point Café. It’s a family-run establishment, a 40-minute drive from where he and his wife Bea live. Cafes are still running in California these days, but understandably customers can no longer dine inside. This means less risk, or at least for Geloy, fewer plates to clean. We are in different time zones, and through video call, he tells me he has gone from chief dishwasher to proud waffle-and-pancake maker. “My mother finds this funny,” he admits, considering that back home in Manila, he’d rather fiddle with ISO levels than touch the knobs on the kitchen stove.

Pandacan-born and -bred lensman and street artist Geloy came to the US in 2017, shortly after Bea had given birth to their first daughter Narra. He had been doing editorials for news agencies and magazines for years, and eventually pursued his own documentary projects. Throughout, portraiture has been at the core of his practice. Maybe it was coincidental, but just as the publishing industry here was going through a fast, frenzied digital migration, so was Geloy entering into a new role, a new country, and a new life.

“At that time, I thought what I wanted was to shoot for publications here, like the New York Times,” he confides, “but then I couldn’t find work right away because of issues in immigration.” The shift from photography as profession to a largely personal pursuit could easily be traced in the images he was shooting. Intimate snaps of family life marked those first few months abroad. It took some time before he would roam the streets again, snapping scenes from the San Francisco Pride parade, or taking portraits of solitary strangers. Perhaps this is also what makes photography revelatory. It exposes the places that photographers are striving and struggling to navigate. Those street photos, according to Geloy, “reflect a time when I went out more, but being able to go out is still different from being able to say their words right.” 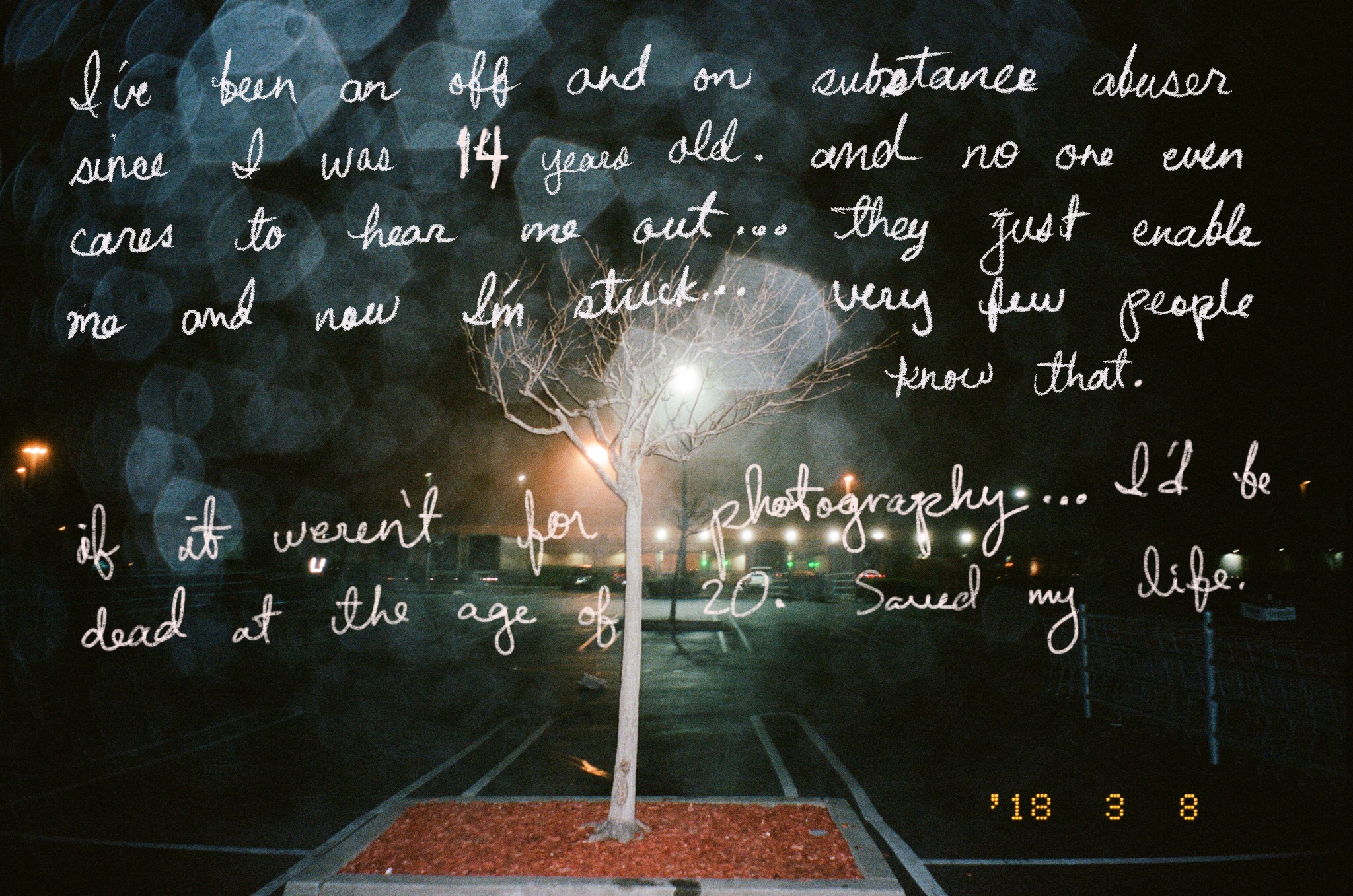 Being a photographer isn’t easy. Though being a photographer in a different country, during a global pandemic, may be something else altogether. Shortly before the time of social distancing, Geloy began an online project he calls “Things You Wanted to Say But Never Did.” It’s composed of photographs — first the ones he took, and now images taken by others — where he writes statements that people send him anonymously through Google Forms. He’s now in the middle of compiling the images for a book, which he plans to send from city to city, country to country, until it returns to him, or else becomes lost along the way.

Submissions have totaled 1,200 as of this writing. While it started on Instagram Stories in November last year, Geloy tells me the idea came much earlier, in 2013, when he and fellow photographer Geric Cruz started hunting for street vandalism around Manila. “You know those writings you see on walls, which are always so raw, and you never know who makes them?” He was attracted to these telling, potent idiosyncrasies. And true enough, statements from this current project often read like a vandal’s shout into the void, or at times they feel like small revelations, scribbled by a secretive hand on some lonely corner. The most personal and piercing of these came some time around May, when a reader confided that seeing the images held him/her back from taking his/her own life. “It struck me that maybe something is happening here, with this project,” says Geloy.

For a long time, he’s been looking for a way to engage with photography and drawing. He found inspiration from the likes of Robert Frank and Jim Goldberg, among many other photographers who wrote (or asked their subjects to write) directly on their images. Critics during Goldberg’s time chided him for undermining a photograph’s capacity to speak for itself. There’s that sense of violation, perhaps akin to vandalism. Yet in the era of Google Images, photographs flow in and across our screens, as though detached from a human voice. I couldn’t help but think how projects like these renew intimacy a little. It also finds easy kinship with 1960s mail art, harking back to Ray Johnson’s playful, utopic vision of a different kind of being together.

For Geloy, it still goes back to the closeness and trust one gets from shooting someone’s picture. “If you ask me what the project is about, it’s still portrait work,” he says. “I realize portraiture is about access, it’s the consent your subject is giving for you to represent them. When you’re looking at these pictures, you can’t see their faces; they can be all of us and none of us at the same time. What’s most beautiful about a portrait isn’t the picture, but it’s that process where you’re able to connect with your subject.”

Every portrait is a collaboration. But at some point I ask him, how could he tell if any one of these 1,200 statements, confessions, revelations is or isn’t true, when he couldn’t even see who his subjects are? He mumbles something about fiction, and letting go of control — then throws the question back at me: “How do you know I’m not just making all this stuff up?” We laugh. It is midnight in Manila, while across the ocean in California work has started in their café kitchen. I drop the recorder and note down lessons I learn about doing portraits: Have some faith, we need to trust.

Where to eat: Antipolo cafés that let you do more than just enjoy delicious food

LOOK: This BTS-themed cafe in Tomas Morato is back and bigger than ever