You might think I'm exaggerating, but that has been the situation for many Filipinos amid the reopening of life amid the pandemic. Long lines waiting for buses, the jeep, the train—you might have been at the crossroads and convinced yourself to stay home instead.

Does it always have to be like this? #commute #Philippines pic.twitter.com/dLuirL1CP8

As a young woman living back and forth between the province and Manila, I've been asked time and time again when I'm planning to get a driver's license. There is always that term "freedom" when it comes to owning your own car or learning how to drive, but it's a difficult conversation in a country where a certain means of freedom seems to bring in more weight.

GUIDE: Planning to get your student’s permit or driver’s license? Here’s what you need to know first

In a 2021 report by the crowd-sourced database Numbeo, it was found that the Philippines has the worst traffic situation in ASEAN, placing ninth in the entire world behind Nigeria, Sri Lanka, and Kenya, among others. We Filipinos don't need studies to know that when we've mastered the art of calculating the best time to leave so we don't end up getting sandwiched on the road.

With hybrid work now on the rise, public transport is once again at the forefront of the issue of working Filipinos. Rising gas prices and cars themselves aren't getting any cheaper. Top that off with inflation and It seems that the cost of living in the country is ballooning, without so much ease of living.

A year of exploring Tokyo via subway

While many Filipinos have turned to biking to lessen their carbon footprint all while staying away from the hassle of road transport, it remains a shame that the Philippines has not yet reached the bar set by its fellow SEA countries with superb public transport—places where it's actually normal not to own a car.

South Korea's extensive KTX high-speed train network, dependable subway systems, and scheduled buses have made traveling much easier for its citizens. In Japan, public railway employees profusely apologize if their bullet trains depart as much as 25 seconds too early. Japan Railways once referred to incidents like such as a "great inconvenience" and "truly inexcusable."

True enough, when we travel to nearby Asian countries, we often don't need a driver to reach our destinations as public transport can cater to both travelers and citizens alike. It even becomes a treat to try out their railways for a tourist. 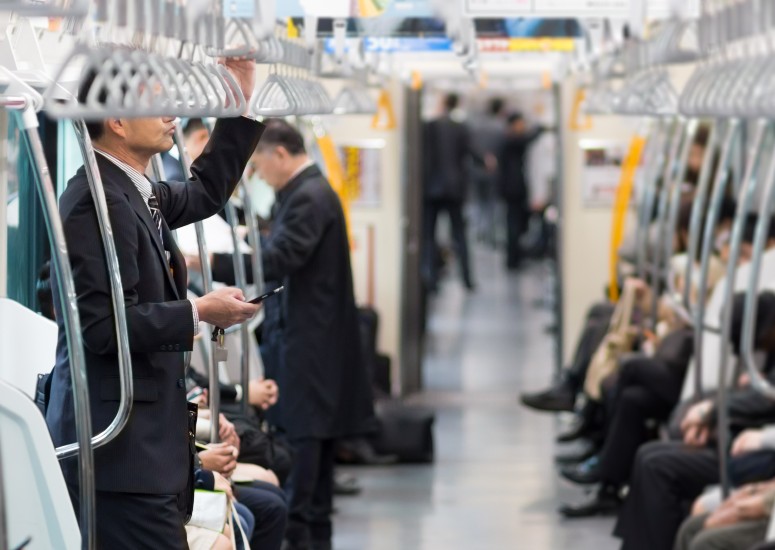 As a third-world country, there are other pressing concerns to be addressed in the Philippines, but transportation plays a huge role in how we want our economy to thrive. Each year, the Philippines experiences P520B in economic losses from traffic congestion. Filipinos also lose 9 to 15 years of their lives waiting around in traffic. Imagine the productivity and motivation we would have if we had an efficient system that lightens the load.

Still, there are lights at the end of the LRT tunnel, as the Department of Transportation recently began its tunnel boring process for the actual construction of the Japan-funded Metro Manila Subway expected to be fully operational in 2027.

Running through Manila, the 17-station subway project aims to cut travel time between Quezon City and the Ninoy Aquino International Airport to under 40 minutes, carrying over 370,000 passengers each day.

Meanwhile, the Land Transportation Franchising and Regulatory Board (LTFRB) is also keen on introducing new stations, continuing the Libreng Sakay program, and fast-tracking the rationalization of public transport routes.

With face-to-face classes planning to resume this August, the need has never been more pressing.

Don't get me wrong, having a car undeniably has its perks such as owning property for yourself and the privacy that comes with it. It's also a great investment for the future. But it pains me to think we live in a country where it boils down to just that better choice, or pay the price for choosing otherwise—a price we can barely afford.

I'm not completely nihilistic. If anything, this piece still signifies some hope that we will soon reach the standards set by other countries.

There's so much good in a country where the train delivers its promise of being there on time and genuinely apologizes when the promise is unfulfilled. A system where you don't look like you've been run through to reach your destination, where you reach a stop and don't waste years of your life waiting.

Filipinos deserve a transportation system to drive citizens to ease and progress, rather than waiting for them to take the wheel.

Celebrate Valentine’s in these romantic dining spots at Eastwood City

LIST: Romantic restaurants in Sagada for your Valentine’s getaways