Las Vegas, NEVADA — The long lines that snaked around Pepita’s Kitchen had customers excitedly — and patiently — waiting, sometimes up to an hour, for lechon and sisig. Except, we are in the United States, where the Philippines’ Dedet de la Fuente had just opened her first standalone concept at Resorts World Las Vegas — the first mega-casino to open on the Strip in over a decade.

In Manila, Dedet is best known for her truffle rice-stuffed lechon, whose fans have included Martha Stewart, Adam Richman and the late Anthony Bourdain. She has done pop-ups in Singapore, Hong Kong and Bangkok, and today she has found a home in the US, as part of Resorts World’s 24,000-square-foot food hall, Famous Food Street Eats, which features acclaimed vendors from Southeast Asia and the US.

Pepita’s Kitchen is the first-ever Filipino concept on the iconic Vegas Strip.

“I am thankful and blessed,” the soft-spoken Dedet shares, in this exclusive with The Philippine STAR.

“I’m not a planner and I never planned for this. But I always felt that I have been lucky. I’m lucky to have grown up in a home with my parents who always believed in me, and because my mom loved to cook, I was exposed to eating and cooking (at a young age), and I met the right people who were eventually able to help me. Everything just really fell into place.”

The US$ 4.3 billion property, built by the Genting Group, stands on the grounds of the former Stardust Resort. It is home to 3,500 rooms distributed across three hotels: Hilton (where this author stayed), Conrad and Crockfords (soon to open). It also houses a 5,000-seat theater (which will have Celine Dion in residency in November), a cashless casino, and has forged a partnership with Grubhub, where, in lieu of in-room dining, guests can have food delivered from any of the property’s 40 restaurants via the app.

The grand opening that took place last Wednesday, June 24, was a star-studded affair, with boxer Mike Tyson, supermodel Kendall Jenner, singer Usher, TikTok stars Charli and Dixie D’Amelio and DJ Steve Aoki (who also has a Japanese yakitori place, Kuru Kuru Pa, across from Pepita’s Kitchen) as some of the guests in attendance.

It began with a ribbon-cutting ceremony led by Genting Berhad chairman KT Lim, who flew in from Malaysia, before a “taste tour” of the various F&B outlets.

At 9 p.m., guests moved up to the pool area on the fifth floor where Paris Hilton and Tiesto took to the DJ booth. Doors officially opened to the public at 11 p.m. and, needless to say, even before then, Pepita’s Kitchen had sold out for the evening.

Dedet, who wore an eye-catching Lechon Diva chef’s jacket by Rajo Laurel, shares that the feedback has been mostly positive, with many noting the hour-long queue was “worth the wait.”

Apart from lechon, she is also offering sisig panini — chopped lechon meat with arugula, pickled vegetables, and provolone cheese drizzled with calamansi aioli, pressed between warm ciabatta bread. Dedet thought this dish would be easier for customers to eat, especially if they decided to while away time on the slot machines on the adjacent casino floor.

While she continues to be based in Manila, she plans to be in Vegas at least twice a year. Her mission is clearer than ever: “Together, let’s make Filipino lechon and cuisine a global sensation.” 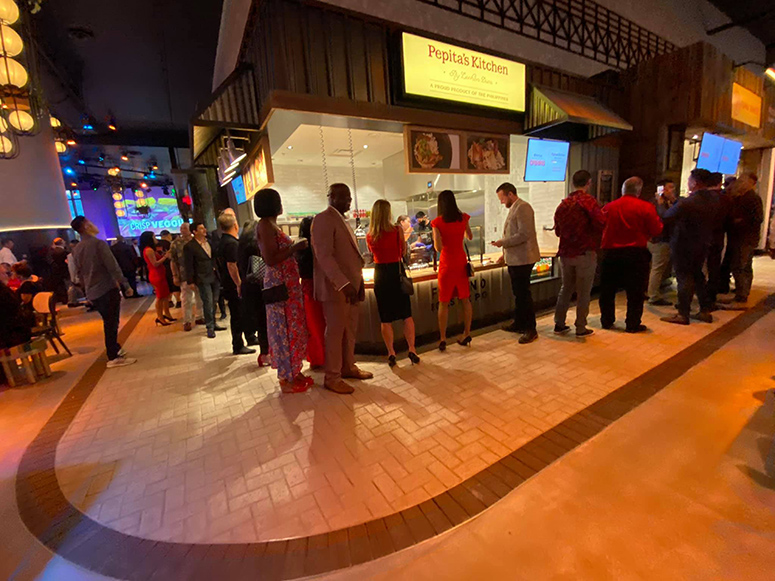 The long lines at Pepita’s Kitchen on opening night 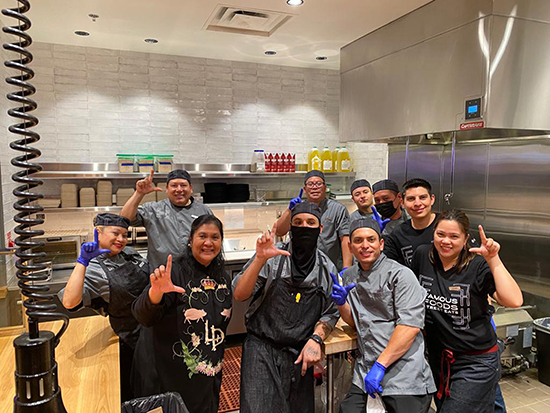 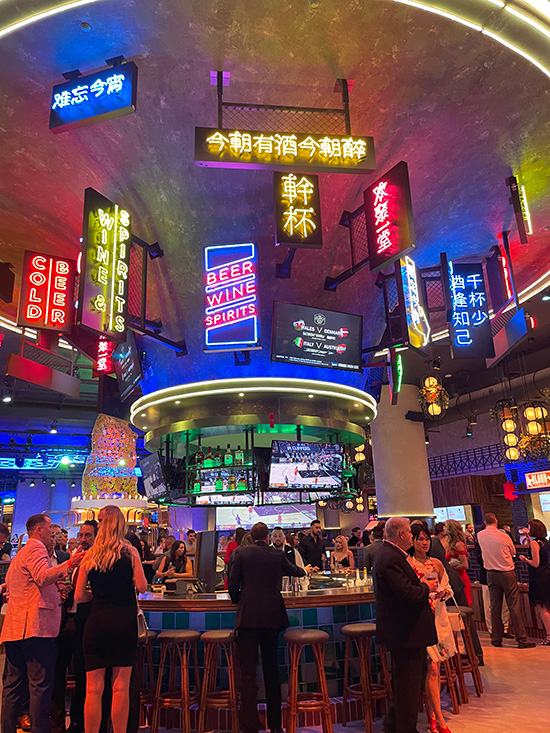 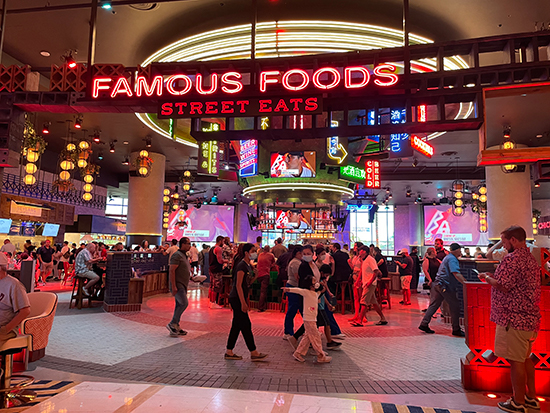 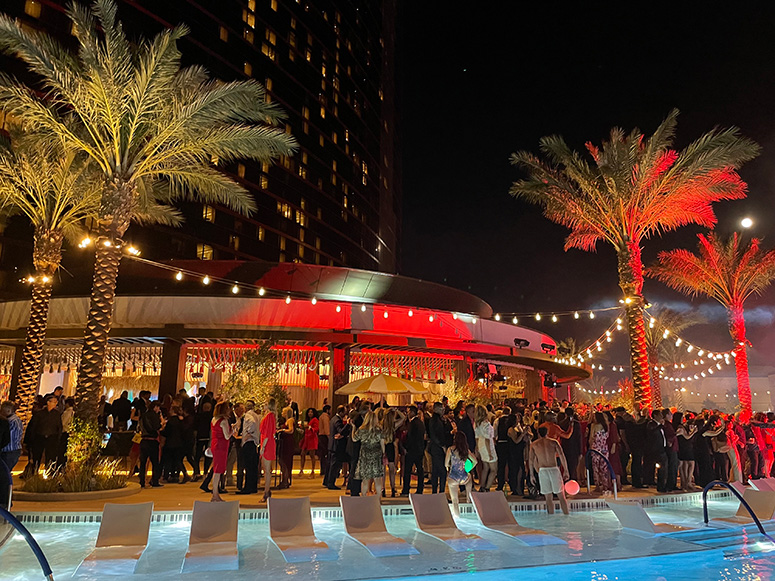 The pool area during the grand opening party 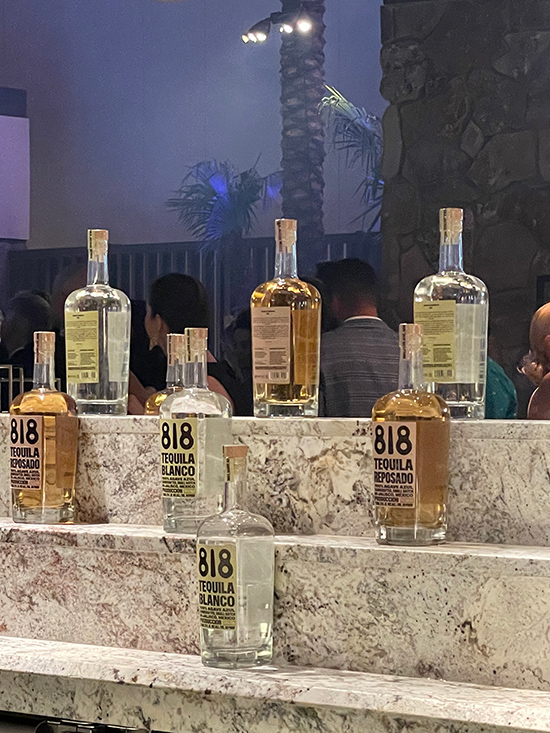 Cordoned off at the resort’s VIP pool, Kendall Jenner hosted an intimate gathering for her tequila brand, 818 Tequila.

The long lines at Pepita’s Kitchen on opening night

The pool area during the grand opening party

Cordoned off at the resort’s VIP pool, Kendall Jenner hosted an intimate gathering for her tequila brand, 818 Tequila.

10 reasons to travel to Poland now