The developers of Yakuza: Like A Dragon didn’t know at the time that a simple prank on April Fool’s day will lead to their best-selling game of all time in a long line of series of titles depicting stories about Japan’s organized crime.

Ryu ga Gotoku Studios (RGG) released a clip on April 1, 2019, featuring a fight in the iconic streets of Kamurocho, but instead of the usual brawler fans have been accustomed to, it now pitted the player in a turn-based role-playing game (RPG) against the meanies of Tokyo’s red-light district.

The footage, made in the studio’s game engine, showcases a battle system that pays homage to several Japanese RPG (JRPG) tropes, including a vaguely familiar battle theme down to a rewarding victory fanfare following an intense battle with fiends, or more accurately, the thugs of Kamurocho.

In a documentary produced by Archipel, series creator Toshihiro Nagoshi revealed there were no plans to change the gameplay of the newest mainline entry at all. And up to that point, the core gameplay was still maintained.

To the surprise of the Sega-owned developer, fans responded positively to the reveal video, thinking they had taken the signature action-oriented gameplay of the Yakuza series in a new direction.

The team at Ryu ga Gotoku, listening to fans' feedback, quickly overhauled the entire combat system during the last phase of production, as the game was slated for an early 2020 release in Japan.

What can be argued as a hilarious stroke of fate, after 15 years with seven mainline entries, and a number of spinoffs, the Yakuza series is headed into a new era for this console generation.

The bold decision to shift gears in Yakuza: Like A Dragon by moving away from a tried and tested formula is like a Tekken becoming a strategy game or turning Final Fantasy into a first-person shooter. It’s generally unheard of for a franchise to reinvent itself, more so in doing it right.

For all the series’ main numbered entries, Yakuza 0 to 6 featured its protagonist, Kiryu Kazuma, a member of Japan’s organized crime syndicate or gokudō that built on the narrative of a gentleman gangster with a heart of gold.

Since its inception, the Yakuza series has always been the brawler with its own overtly, yet sometimes comical brand of violence that makes the 1998 film American History X blush.

Without plunging too deep with the often criticized nature of violence in videogames, RGG has done remarkably in reinforcing that when done well, art’s imitation of life strictly remains in the medium it was created. Pulling off moves like throwing a bicycle at enemies feel less vicious than it should’ve been when you actually have to mount it first before attacking an enemy who comically panics as you ride towards them.

Although initially bundled amongst its open-world contemporaries, it has since moved away from the misconceptions of it being a Grand Theft Auto clone set in Japan to a game so unique with an overflowing personality.

If anything, Yakuza games, especially the first one, plays like a spiritual successor of action-adventure game Shenmue (1999) developed by Sega for the the Dreamcast, its short-lived last attempt at home console production before shifting its focus as a video-game-making company only.

There are many side trips that you can take in Yakuza’s virtual Tokyo. In between the myriad of side activities from wooing the local hostesses to singing karaoke for another verse of ‘Baka Mitai’—the latter of which has turned into a certified internet meme—the game has built a solid following in a genre stacked with powerhouses.

Despite the seemingly quirky nature of the series, at its core still lies a heavy crime drama story filled with betrayals, conspiracies, and a nuanced narrative of an experience that no existing game out there can match, especially in the West.

The decision to make major changes in the gameplay, perhaps the very essence of a videogame, is a constant factor on how the audience will receive it.

RGG made a series of bold decisions for Like A Dragon. The setting alone, Kamurocho, a fictional counterpart of real-life Tokyo district Kabukichō where every game has taken place for 15 years, was put aside to make way for the new sprawl Isezaki Ijincho based on Yokohama’s Isezakichō. 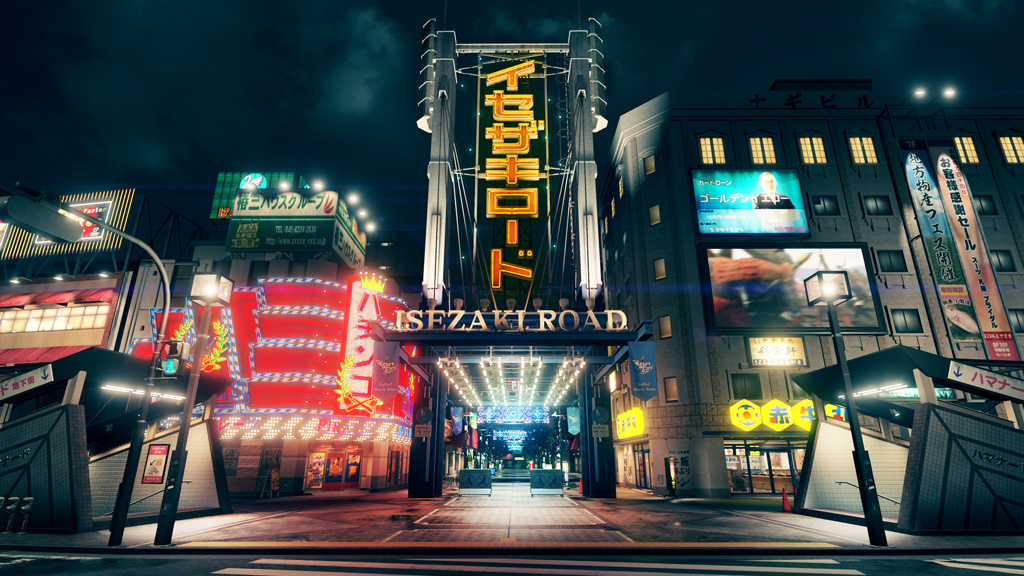 Kasuga, as the main character, is a breath of fresh air. Sure, he’s still part of the Tojo Clan, the same organization as Kiryu, but unlike his legendary predecessor, he’s more relatable in the sense of his naiveté towards the works of the world that makes him more unpolished, a clean slate so to speak.

Masayoshi Yokoyama, a writer for the game and Sega’s chief producer, shared in an interview with The Verge earlier this year that the idea for the new hero to take Kiryu’s place is to take apart the hero image, and creating a more real-world hero.

Kiryu’s story exudes the completion of a hero’s journey whose adventure embodies the honorable portrayal of the yakuza as the de facto heir of the bushido in modern Japan. Meanwhile, Kasuga resembles those who admire the likes of Kiryu. The big difference is the latter’s more accessible motivations that reflect a more grounded real-life experience.

You can’t help but smile to yourself seeing elements of Like A Dragon’s turn-based RPG as a clear nod to the giants of the genre like Final Fantasy and the Persona series. The hilarity of it all is how the new protagonist, Kasuga Ichiban, translates street fights in his head as epic fantasy battles because of his love of the game Dragon Quest. 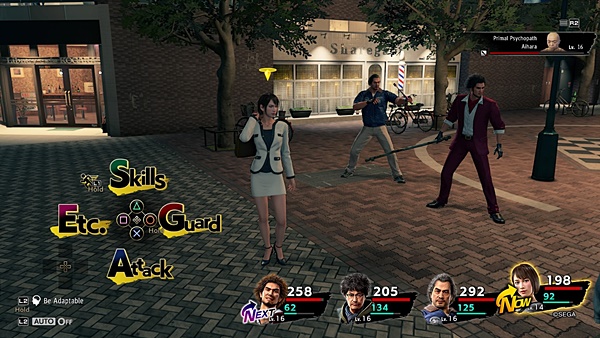 The battle system itself isn’t revolutionary. For most of its parts, it is a JRPG, but what it has is the signature, over-the-top, and outrageously self-aware brand of the Yakuza franchise. Its version of Final Fantasy’s summons alone is a cavalcade of the entire history of the series: from fan favorite Majima Goro, a stray cat, to a Japanese version of Friday the 13th villain, Jason Voorhees, aptly named Jei-san.

Incidentally, releasing the game in 2020 enabled it to reach a wider audience at a time when people find solace in the immersion of video games due to the COVID-19 pandemic.

In the same interview with Archipel, Toshihiro Nagoshi recalled the beginnings of Yakuza when asked to develop a new intellectual property (IP) that can gain worldwide popularity; and, if possible, reaching from kids to adults. At the time, Nagoshi dropped the idea, jokingly saying Nintendo can already handle that task.

Priorities on the demographic were thrown around until it led to the decision to create something they truly know.

“To which I decided to pursue something that felt closer to our identity, where some people wouldn't feel interested, while others would become incredibly loyal players, not liking but loving these titles,” said Nagoshi.

When the first game was released back in 2005, Nagoshi said it was estimated only to sell 50,000 copies. 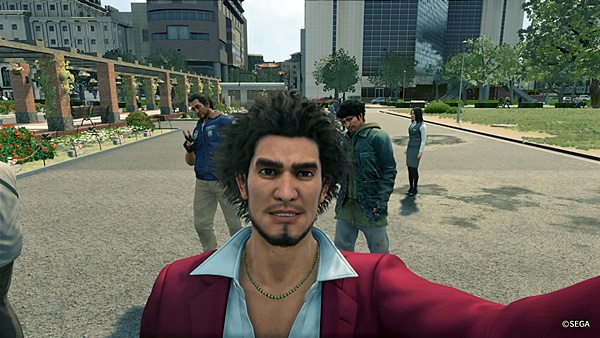 Fifteen years later, Sega revealed the franchise’s lifetime sales at 14 million copies sold across all titles during its last annual integrated report for 2020.

In an interview with Japanese videogame magazine Famitsu last May 2021, Sega vice president Shuji Utsumi said, if looked at on a global scale, Yakuza: Like A Dragon is the most successful title in the series.

Its long-overdue recognition came last December 2020 when it was nominated in The Game Awards 2020 for the category of best RPG. It didn’t win the award, but considering it was up against the likes of Trials of Mana, Persona 5 Royal, and possibly the most widely-recognized JRPG of all-time in Final Fantasy VII Remake, it was a statement loud enough for the industry to hear. It would go on to receive nominations at the 24th Annual Dice Awards in the same year, along with Ultimate Game of the Year at the Golden Joystick Awards 2020.

Not so bad for a game that started as an April fool’s joke.