Recognizing that the extinction of fauna and flora is one of the critical issues plaguing the Philippines, some artists have decided to use their work to focus attention on this problem.

These environmental artists strive to save endangered creatures one artwork at a time. Be it through painting, sculpture, or cinema, art has the capability to entertain, stimulate emotions, and move people to social action.

PhilSTAR L!fe features two such environmental artists in the country, AG Saño who paints marine life, and Jean Raynell Bello, who focuses on plants and birds to see how they are striving to shed light on environmental conservation.

In the art community, AG Saño is referred to as the "Whale Boy" for his striking murals that depict life underwater.

The 46-year-old street artist had been bringing color to the dull and decrepit walls in the Philippines for over 14 years now, with his artwork mostly revolving around dolphins, whales, and other sea life to raise awareness on marine conservation. 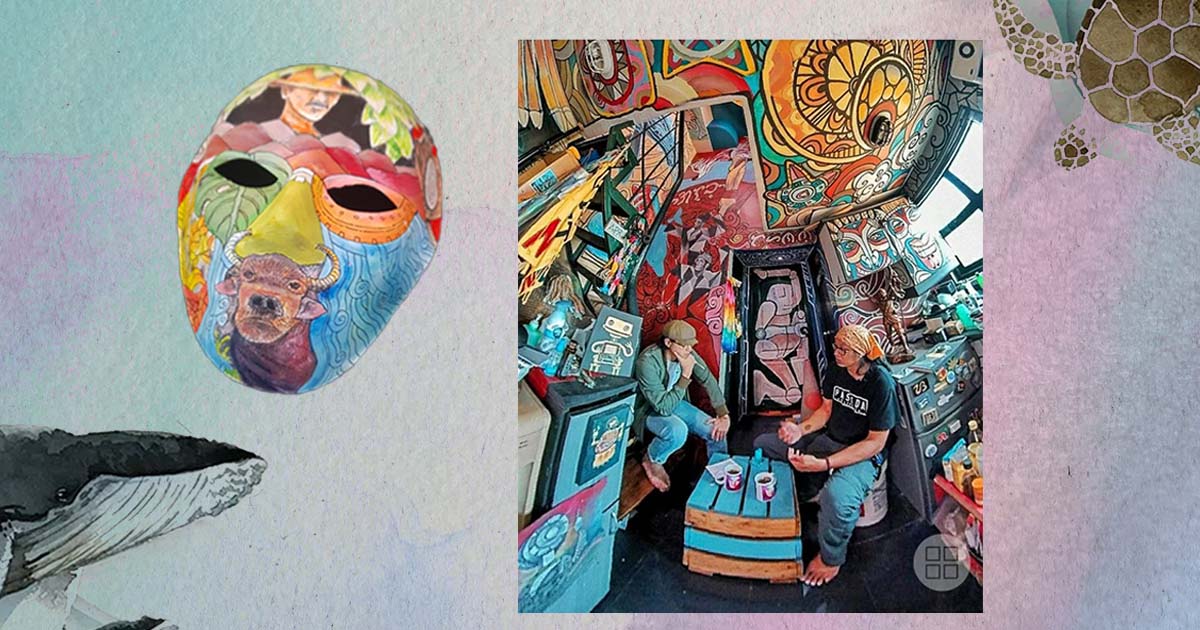 "I was tasked to document the behaviors of whales, dolphins, and other animals. Nakita ko 'yung beauty nung movement nila, nung the way they live, 'yung value ng buhay nila as social groups. I felt like I wanted to protect them. Not just to take pictures of them, but also to be part of the process of protecting them and conserving their habitats kaya nagtuloy-tuloy pa 'yung involvement ko," Saño said.

The 2009 documentary film The Cove about dolphin hunting operations in Japan intensified his concern for marine life and moved him to start painting murals around many places in the Philippines. 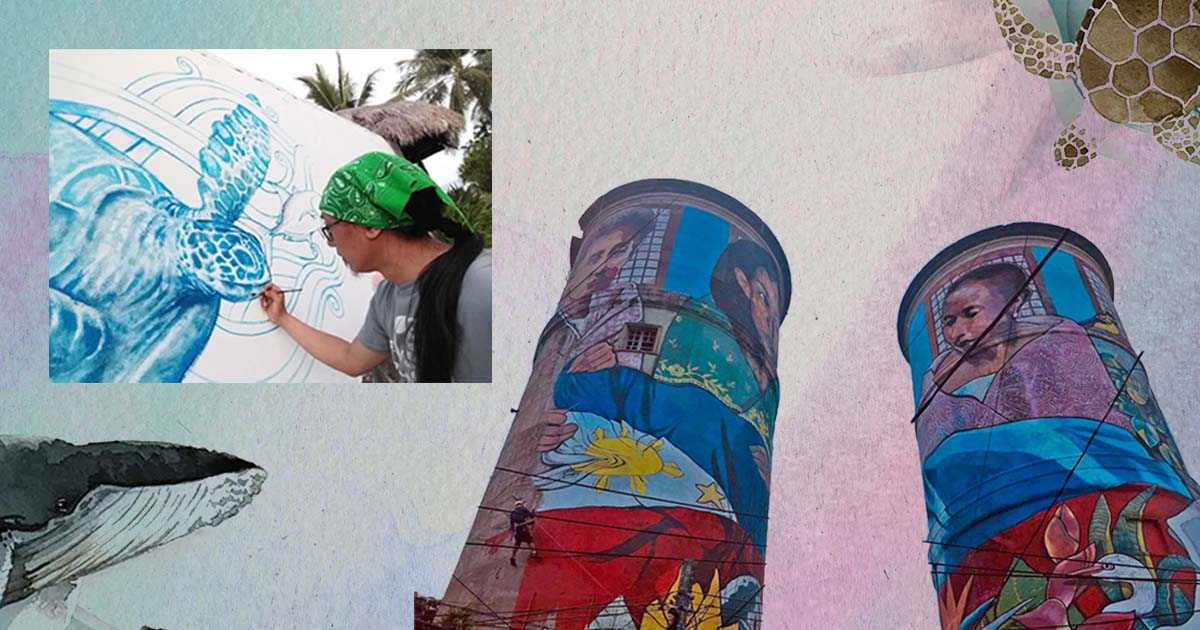 Saño said that making murals was initially just something "instincitve" after watching the documentary. However, after CNN featured his first mural in Babuyan Islands and received support from the public, he decided to make environmental murals his advocacy.

The street artist chose walls as his canvas.

"I had this habit of looking at walls differently. Kapag may nakita akong wall na dinadaanan ng maraming tao, whether vehicular or pedestrian traffic, dinidesire ko nang ipaint 'yun. I try to envision what will the outcome be and then I tried to find a way to talk to the wall owner."

Because of the continual support he had gotten from individuals and institutions alike, he managed to paint 982 murals in 16 countries. The journey to achieving this, however, was filled with many trials. 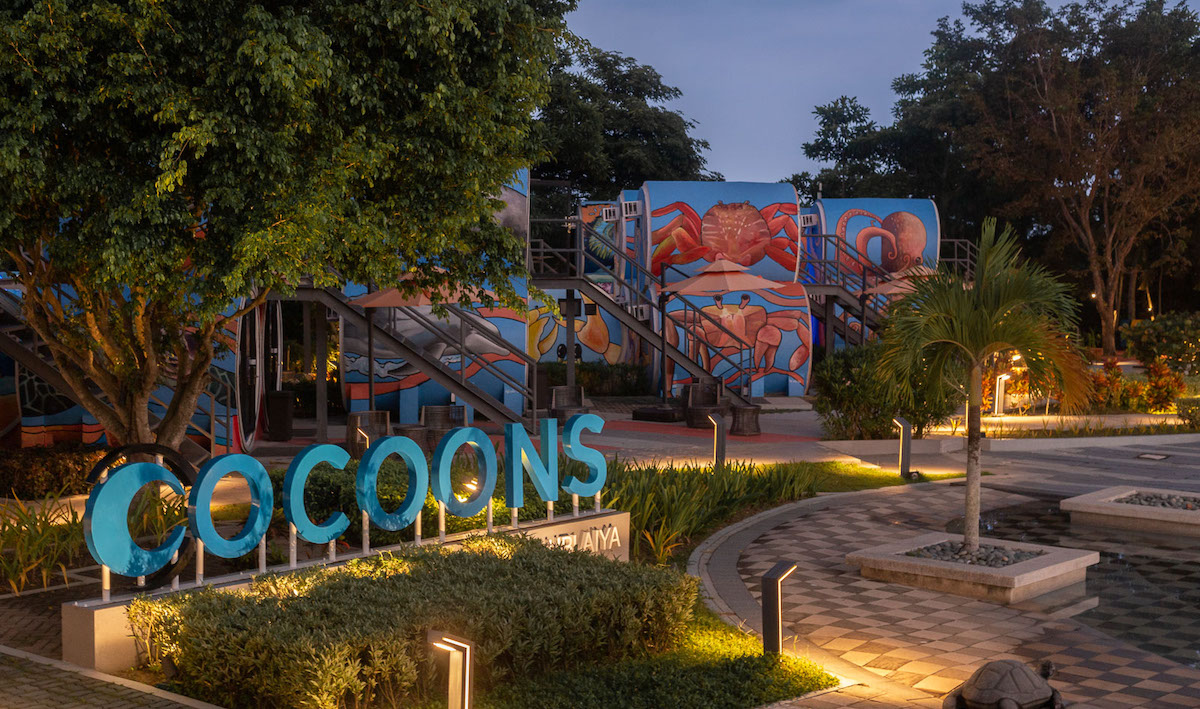 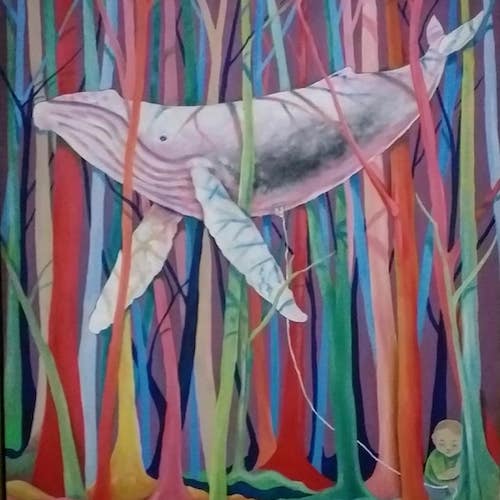 He also stated that he and his team have received threats from entities that were affected by their advocacies. Their finances were also limited. 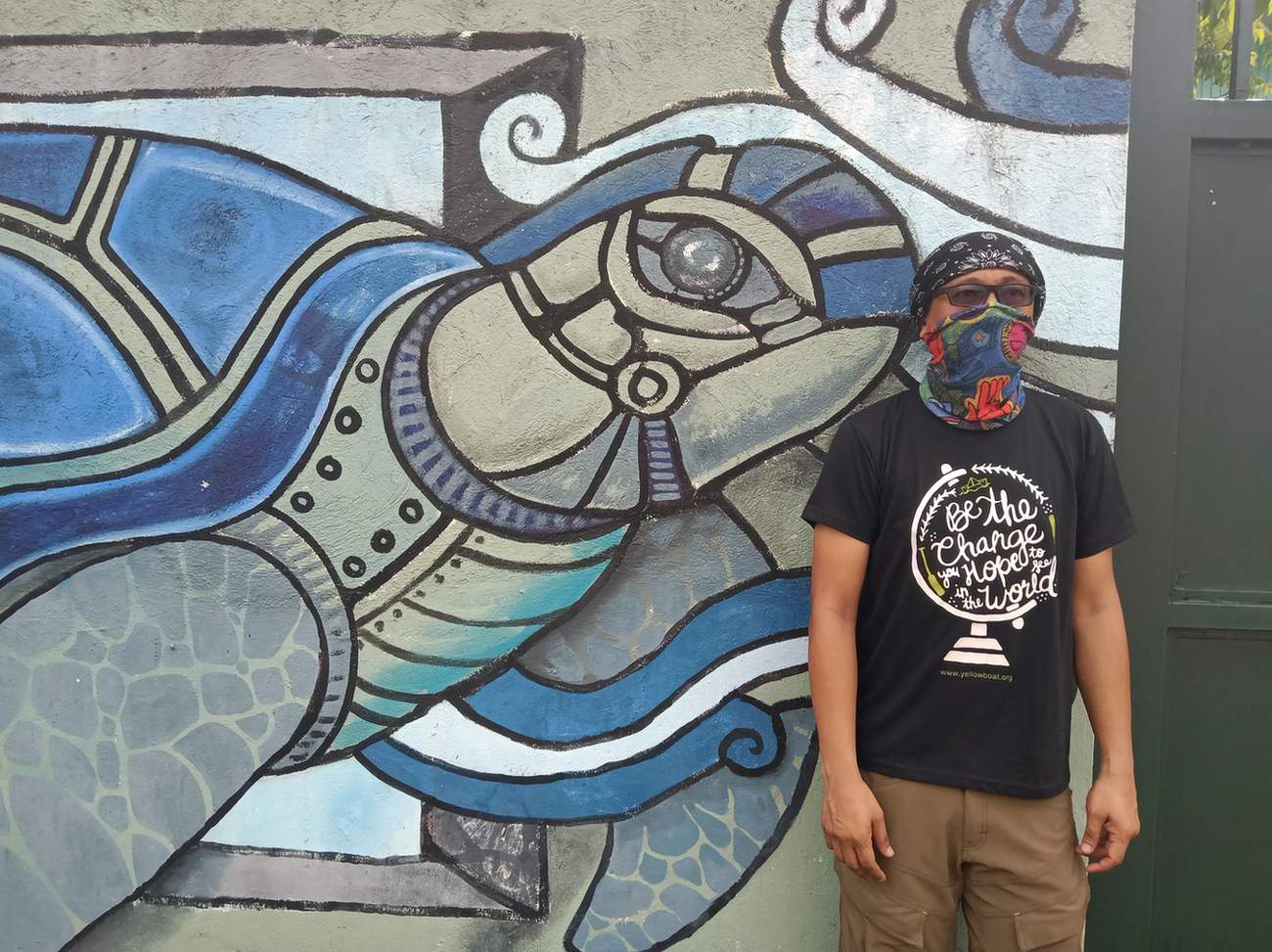 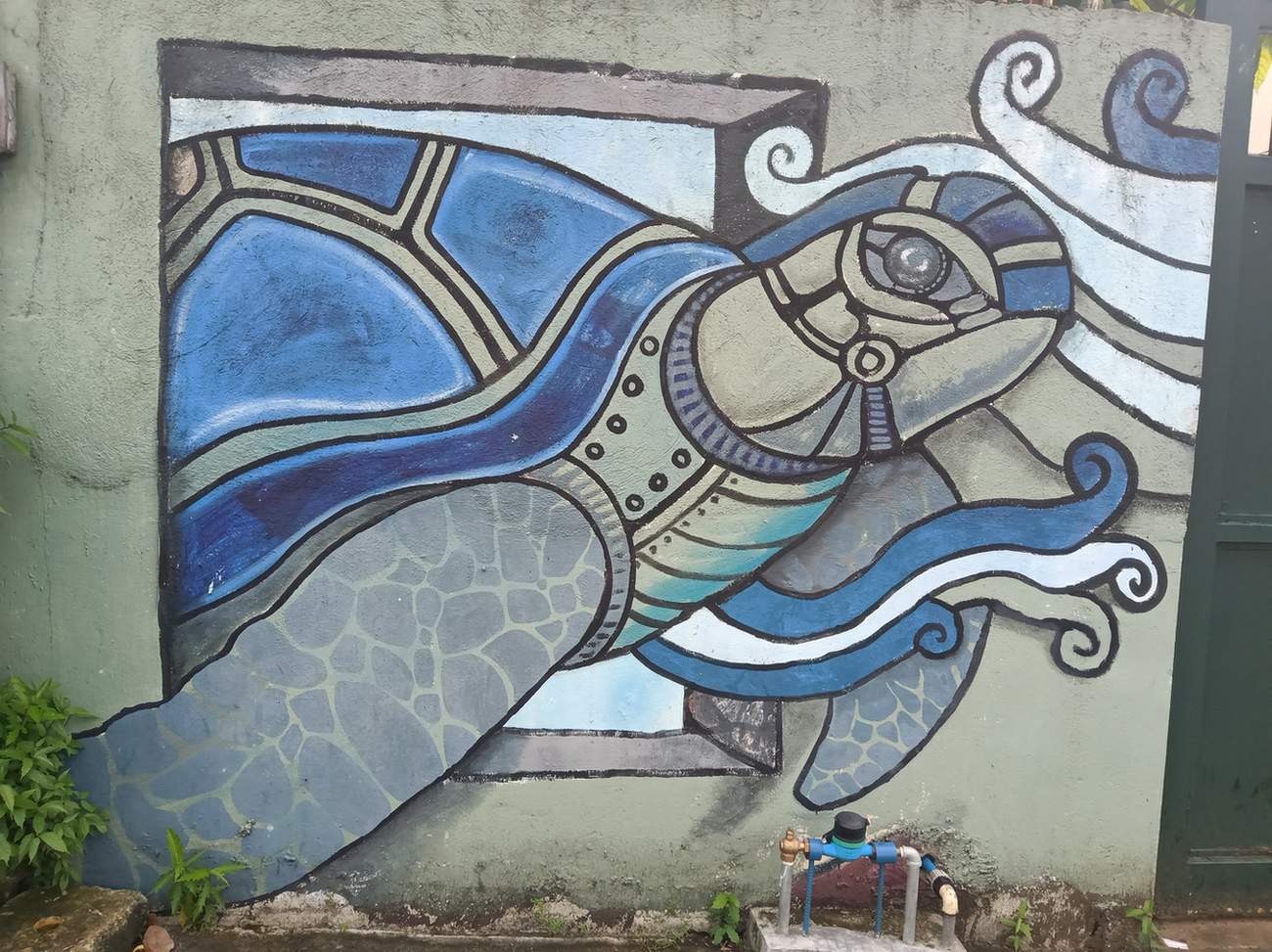 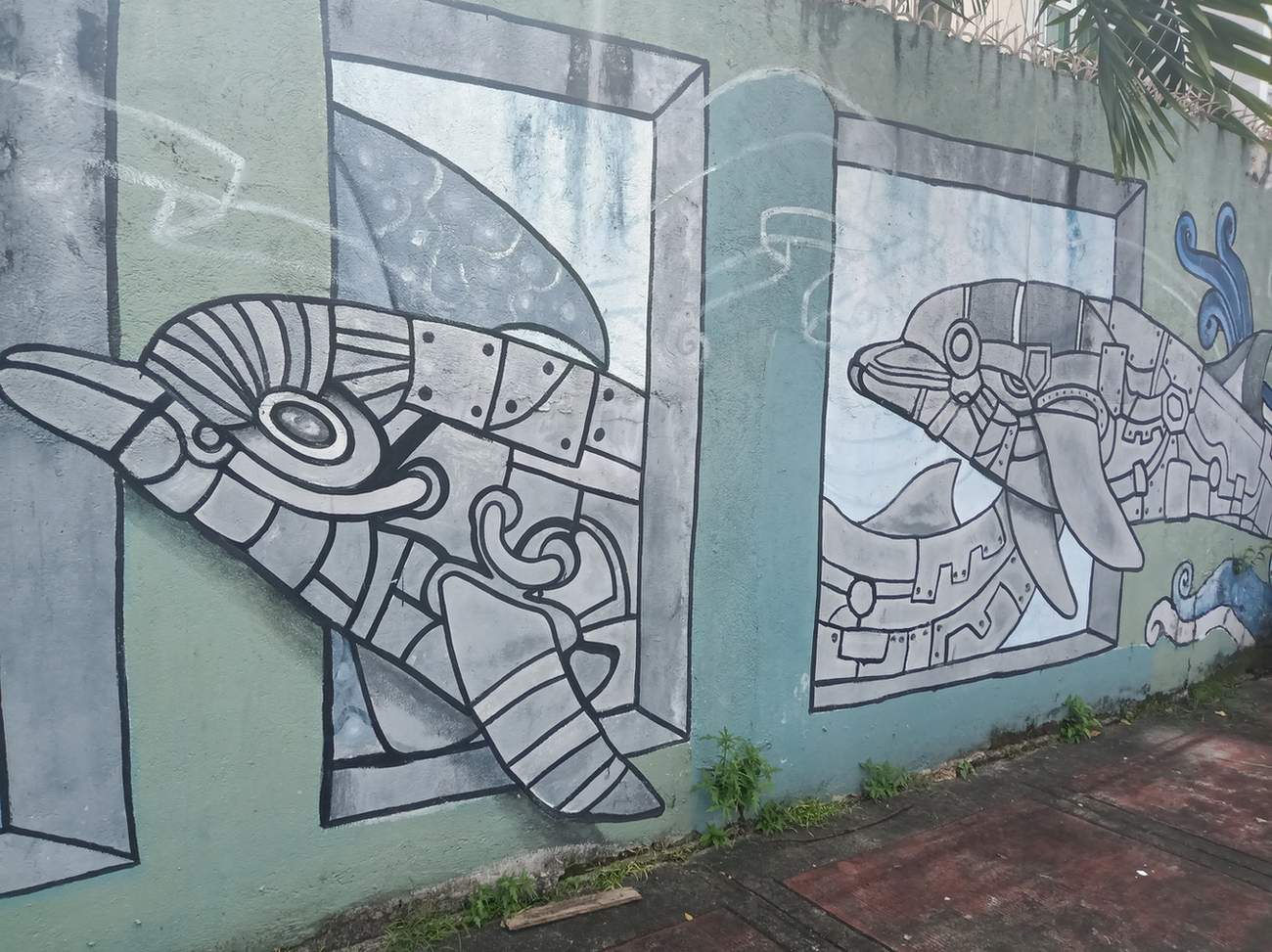 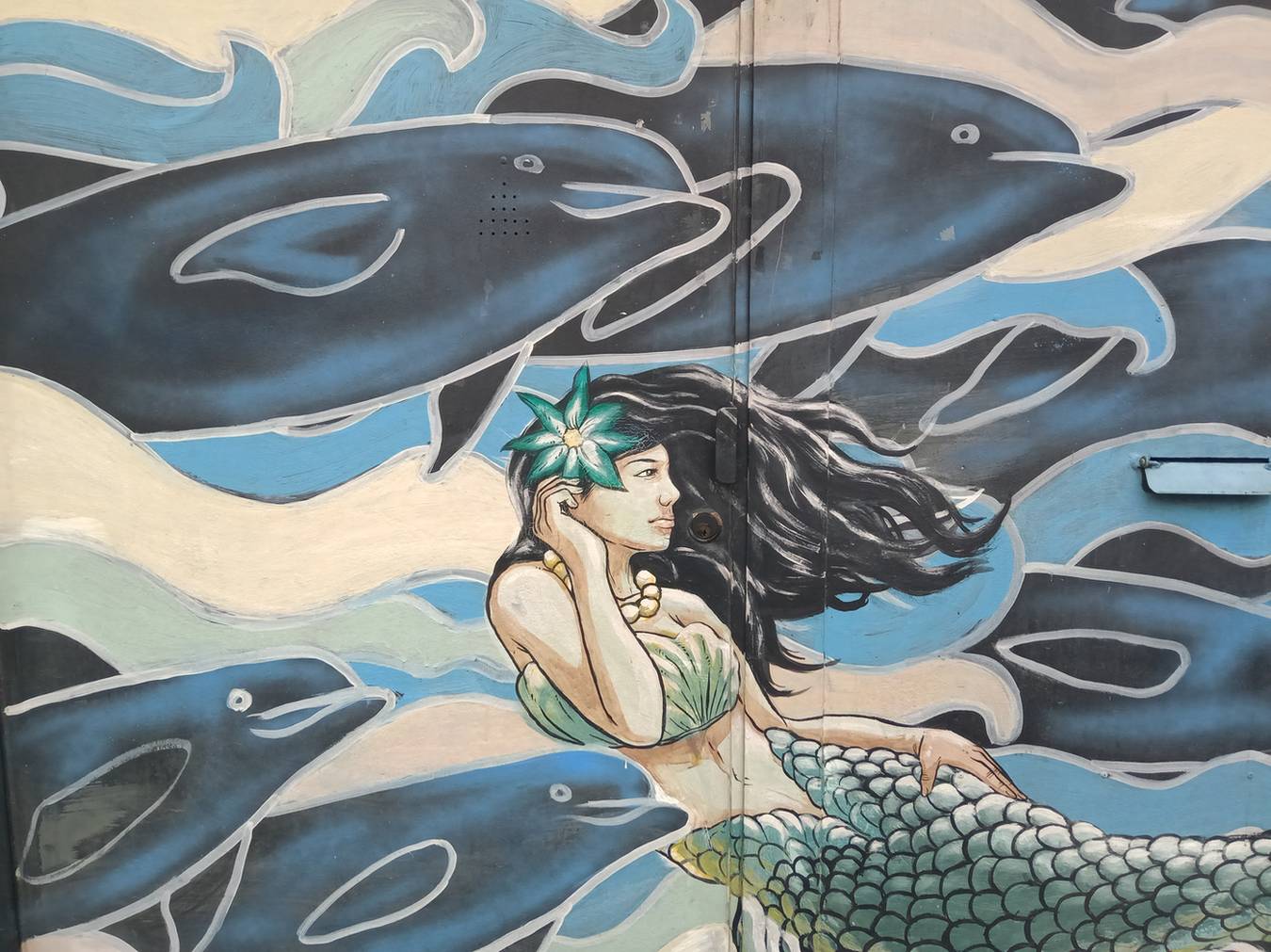 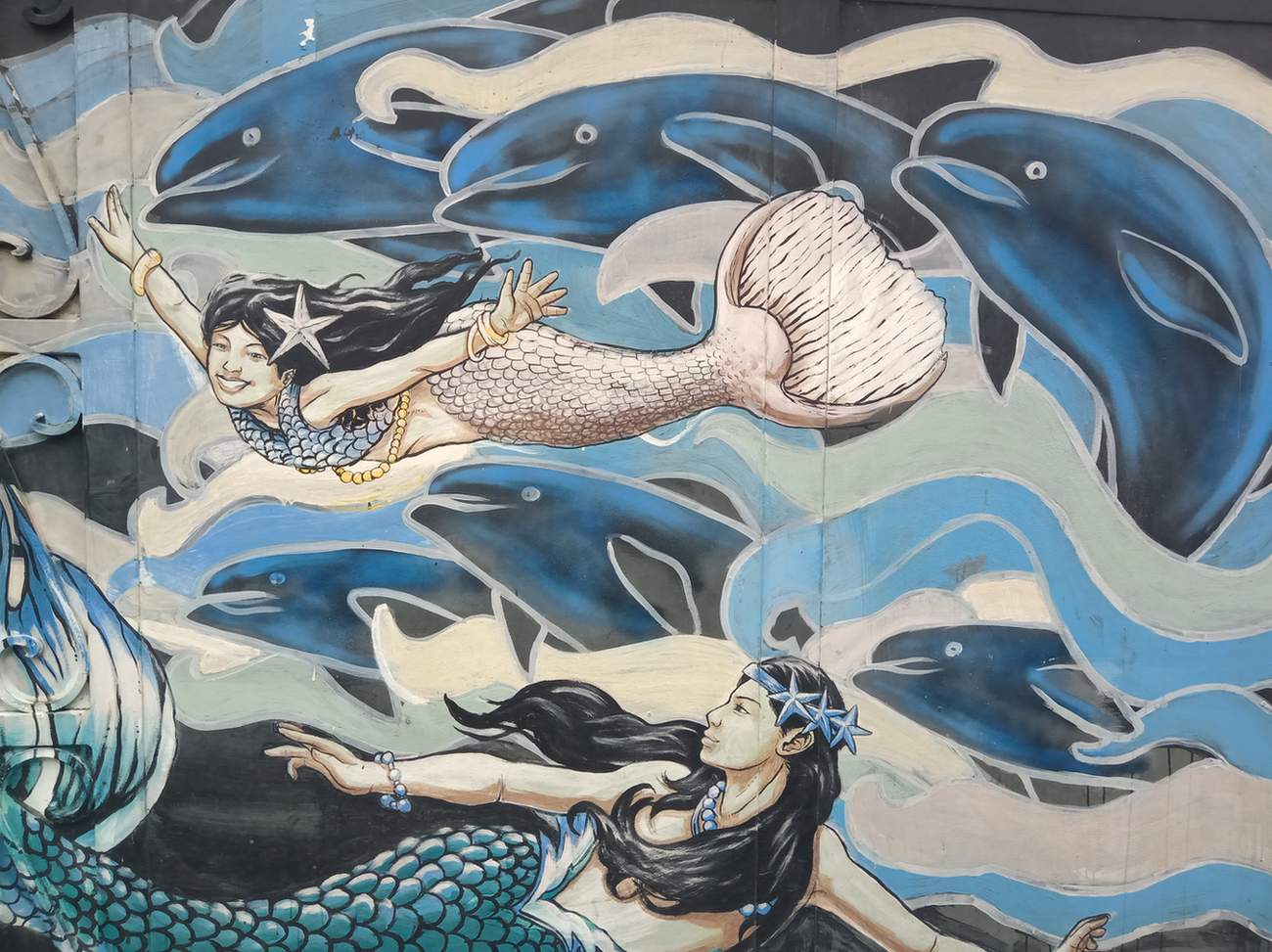 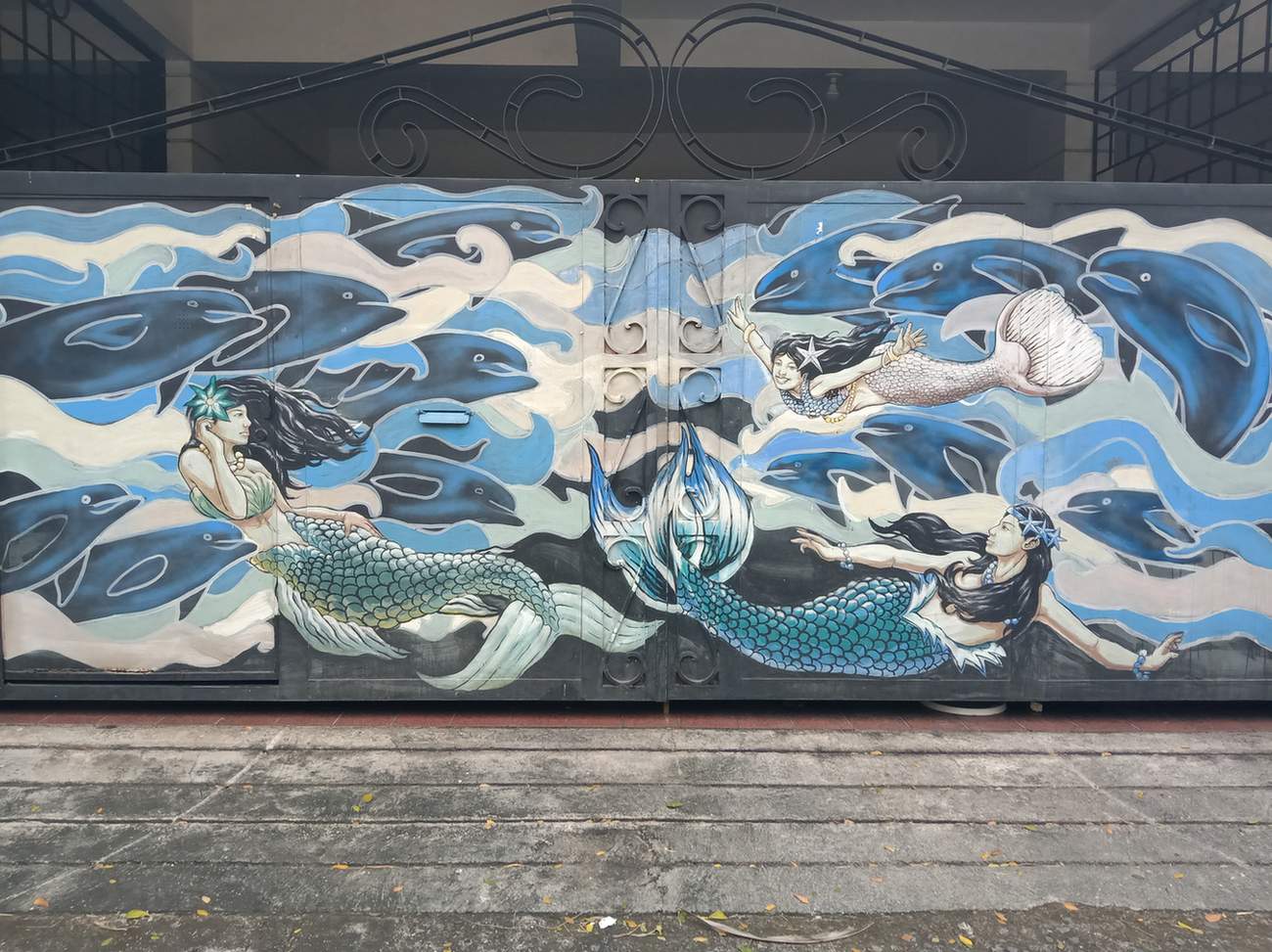 Despite all these challenges, his passion remained strong.

It's in her 'nature'

Despite being relatively new to the art scene when it comes to conservation work, Jean Raynell Bello is determined to protect the environment as well.

Like most environmental artists, Bello was introduced to the wonders of nature when she was just a child, with her family's garden as her playground and haven. This love grew stronger as she learned more about how the Philippines is brimming with life.

"We have over 5,000 species of plants and animals here sa Pilipinas. This is just a small archipelago and yet it’s teeming with life, so for that reason alone masasabi na natin na maganda na 'yung Pilipinas," Bello said.

She eventually channelled this love into artwork, and was encouraged by her art-driven family.

"I’ve been influenced by my family to appreciate these things, especially my dad kasi marami siyang iniintroduce sakin na mga bagay that arouses my scientific curiosity."

However, she gets her strong connection with nature from her mother, who is also a visual artist and whose works all revolve around nature.

Bello, who turned 30 years old last September, now juggles two occupations at the same time, as an instructor at the University of the Philippines Department of Chemical Engineering, and as an artist with a focus on nature and wildlife.

It's a combination that seems incompatible. After all, science is designed to be objective and research-based while artists are free to use their imagination to evoke emotions through their work.

Bello, however, says that she balances her love for science and art.

"Itong animal and plant drawings and paintings ko, there’s actually science behind there because of the attention to details. I strive to get the details right and that is the scientific aspect of what I’m doing," she said.

In fact, the pandemic aided in the blossoming of Bello's passion for art.

"I pursued [making artworks] during this pandemic. I think being at home all the time has allowed me to reflect on things. I made a decision na maging full-time artist na talaga, and I'm learning a lot of things along the way," Bello shared.

She recounted having recently joined a group online where other people plant and share information on Philippine native trees. There, she realized how she often overlooks her surroundings.

Aside from plants, birds are also a prominent subject of her canvases.

"I’ve always loved birds. If you’re gonna ask me if I’m a dog or cat person, I’ll say I’m a bird person," Bello shared. "'You often hear birds, but you don’t see them. They’re quite a mystery for us, so in my work I intend to put a spotlight to them, para ipakita sa tao na we have this kind of colorful bird."

Bello hopes that through her acrylic depictions of nature's beauties found only in our country, people would be motivated to protect them.

"I really hope that they become aware of these creatures as we try to promote them. I hope rin that the viewer will also share my sentiments towards these animals and plants make them a better person," she said.

"Filipinos can do their small part by simply increasing your awareness. I advise them actively take part in green activites, kahit maghike ka lang, go on parks more often, be more aware of what’s around us, be more aware of the organic aspects dito sa Pilipinas," Bello advised.

A post shared by ART of Jean Raynell Bello (@jeanraynellbello.art)

Center for Conservation Innovations President Neil Aldrin Mallari commended artists who are raising awareness through their works, noting the low appreciation for Philippine wildlife among Filipinos.

Tips on saving the planet