The Immortal Iron Fist is making a comeback to comic books in January 2021 with a brand-new limited series.

Called Iron Fist: Heart of the Dragon, this comic will be written by the legendary Larry Hama (G.I. Joe, Wolverine) with art by David Wachter (Teenage Mutant Ninja Turtles), and Malaysian artist Philip Tan providing cover art for the series.

First reported by Nerdist, Iron Fist: Heart of The Dragon has Danny Rand shouting “where are my dragons?” like Daenarys from Game of Thrones. No joke, someone is killing the dragons that are powering the Heavenly Cities of K’un-Lun and Rand will be teaming up with The Deadly Weapons to put a stop to them.

Along the way they’ll encounter zombie armies, mystical portals, and more in this action-packed tale. Judging by the art from Wachter released thus far, this looks like it’s going to be a really beautiful book, too, with over-the-top action, which is what anyone would want from an Iron Fist comic these days. 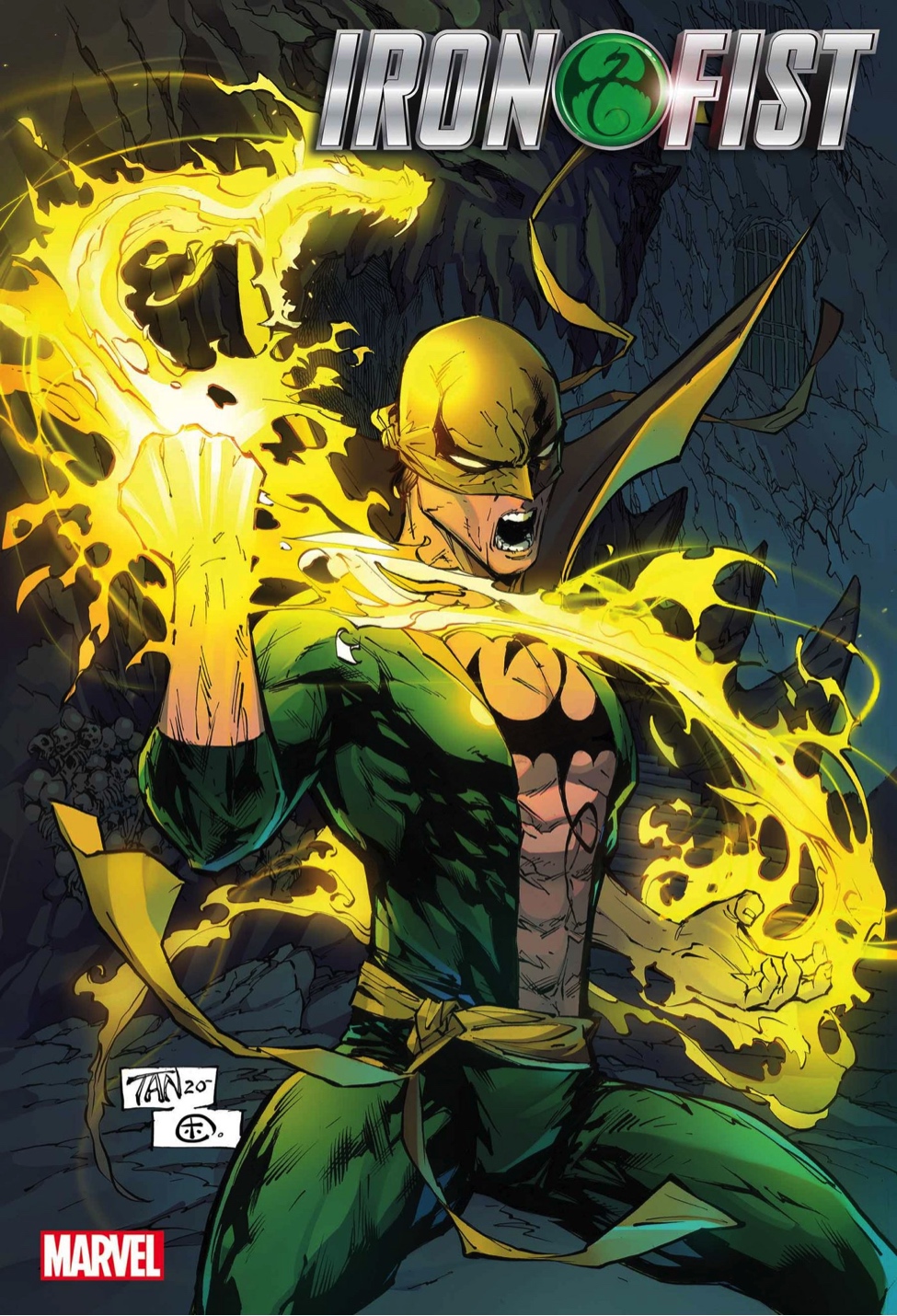 Someone is killing the ancient dragons that power the Heavenly Cities, and only Iron Fist and the Deadly Weapons can stop them… if they can discover who they are in time! Zombie armies, mystical portals, dragon hearts, some of the Marvel Universe’s deadliest fighters all converge in one action-packed extravaganza, and the fate of all worlds hangs in the balance! Larry Hama and David Wachter are building a story that hits as hard as the Iron Fist itself!

If you think dragons are a little too wacky for a man with a glowing fist that regularly goes on adventures with his friend who has bulletproof skin, think again! Danny Rand actually got his powers by defeating a dragon as a final exam of sorts when training with the warriors of K’un-Lun. We’re sure this will be referenced in the series and will hopefully act as a solid jumping-on point for those curious about the character.

Prior to the announcement of Iron Fist: Heart of the Dragon, we haven’t seen Danny Rand in a solo comic since the 2017 volume of Iron Fist, which lasted for 12 issues, written by Ed Brisson with art by Mike Perkins and Jeff Dakal. There was also a 2018 digital-first series called Iron Fist: Phantom Limb by writer Clay McLeod Chapman and artist Guillermo Sana, which got a physical graphic novel release later on.

Most fans will know the character thanks to the Netflix series Marvel’s Iron Fist that lasted for two seasons, starring Finn Jones and Jessica Henwick. Often seen as the red-headed step-child of the Netflix Marvel shows – which is ironic since Daredevil is often cited as the best one and Matt Murdock has red hair, whereas Iron Fist is a blonde – the first season was often criticized for bad pacing, an unlikable protagonist, and poor fight scenes, with most people feeling that it’s only value is as a prelude to The Defenders.

Fans felt that the second season was a lot better, fixing a number of the issues from season one that many viewers had problems with, including improved pacing and better fight choreography. Sadly, by the time it was released, Disney Plus was announced and Netflix decided to axe all of the Marvel shows on their streaming service.

Thankfully, the legacy of these characters will live on forever in Marvel comic books like this one. Iron Fist: Heart of the Dragon #1 comes out in January 2021. A proper release date will be announced later this month when Marvel Comics releases their January 2021 solicitations.