Who’s ready for a spine-tingling and thrilling journey with the cast of Money Heist: Korea - Joint Economic Area?

The Korean spinoff of the global hit series La Casa de Papel or Money Heist tells the story of a genius strategist and top-class thieves attempting to pull off a one-of-a-kind heist in the Korean Peninsula.

The remake’s recent teaser showed the Professor, portrayed by the dashing Yoo Jitae, reaching out for the iconic Salvador Dali mask from the original series. While the premiere date of the much-anticipated spinoff is unknown, here are some of the juicy info we’ve picked up so far:

The remake was confirmed in December 2020

The Korean spinoff was confirmed by Netflix in December 2020. Variety Magazine also reported that the series will be directed by Kim Hongsun who’s behind K-dramas like Liar Game, Voice, and Black. Hongsun will be joined by Liar Game screenwriter Ryu Yongjae for the show.

Meanwhile, La Casa de Papel’s creator and executive producer Alex Pina revealed that he’s “really delighted” about the remake. “The fact that the action is set on the Korean Peninsula also seems to me to be a milestone which I am really delighted about,” he told Variety.

Money Heist: Korea will have 12 episodes

While the original series had five seasons, Money Heist: Korea - Joint Economic Area will have 12 episodes. There’s no need to feel bitin since each episode will last for one hour each.

The spinoff will also be helmed by BH Entertainment and Zium Content, with these companies being in charge of production.

According to Deadline, Pina will participate in the remake as an executive producer. “[Korean creators] have managed, like our series, to go beyond cultural borders and become a point of reference for thousands of viewers around the world, especially among young people,” he said in a statement.

“That is why I find it fascinating that the world of La Casa de Papel is so attractive to Korean creators as to do an adaptation,” Pina told Deadline.

The Korean gang members will have ‘different personalities’

The original heist drama revolves around two-long prepared heists led by the Professor in the Royal Mint of Spain and the Bank of Spain. One of the standouts in the series is how it’s told from the perspective of Tokyo. However, it was implied throughout that she was an unreliable narrator.

The five-season Money Heist also includes stories told in real-time and it also relies on time-jumps, flashbacks, and a peek into the thoughts of the characters.

While it’s expected the remake will follow be an ode to the original, Jeon Jongseo (Tokyo) revealed in a Dazed Korea interview that the Korean gang members will have “completely different personalities.”

“It has the same name and completely different personality and character adaptation. The thieves robbing the bank are the main characters, but there are inevitable humanities in it,” Jongseo said. 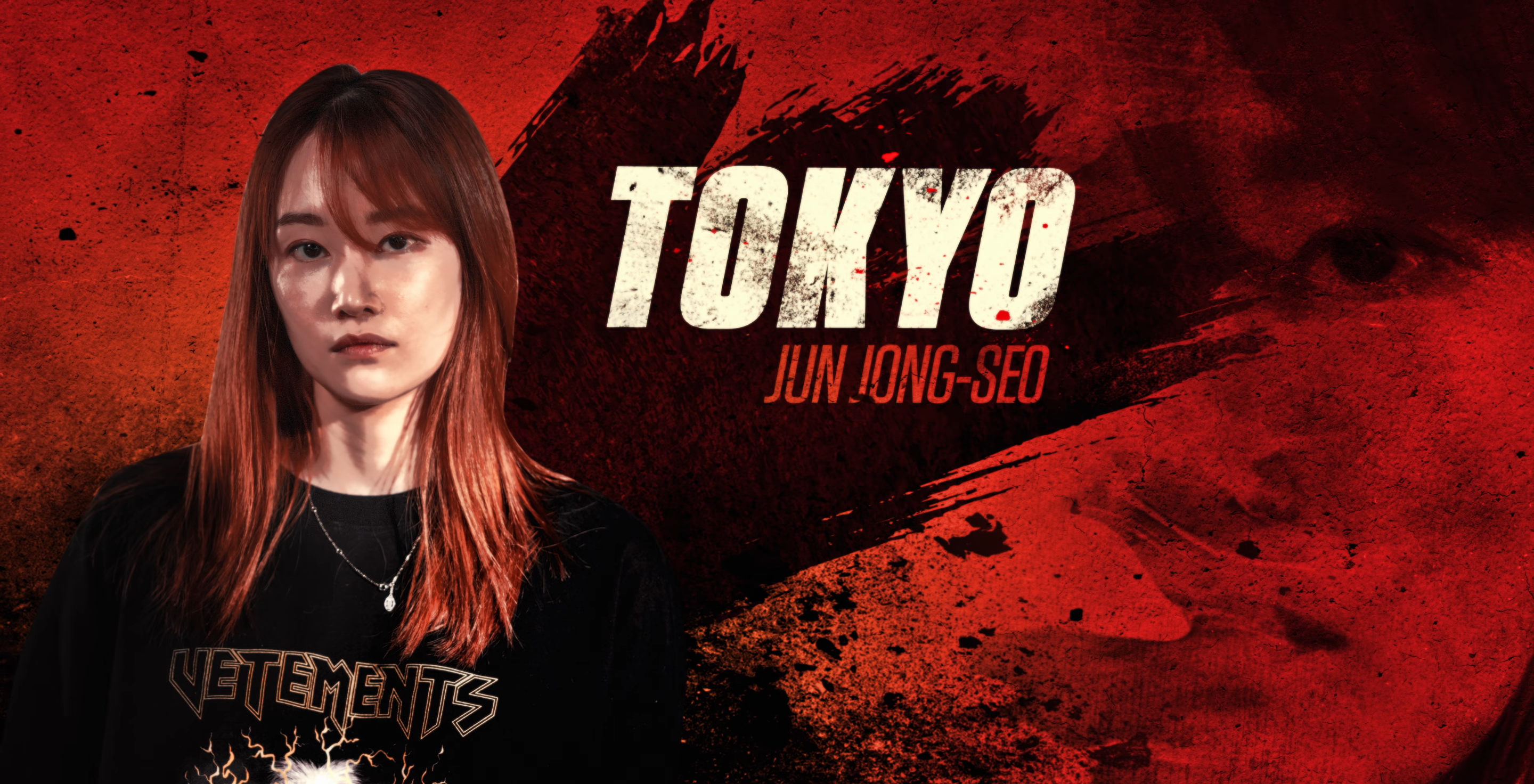 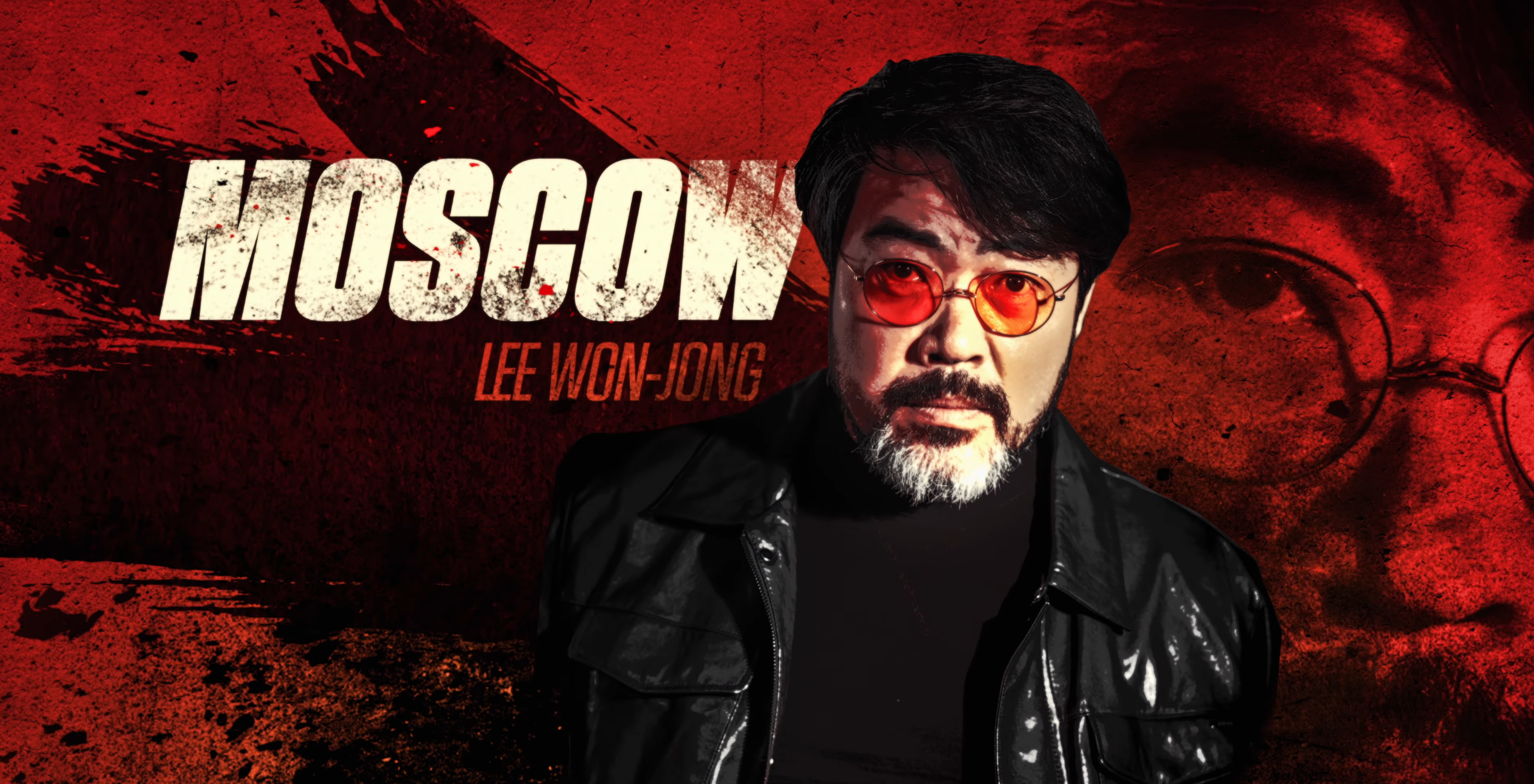 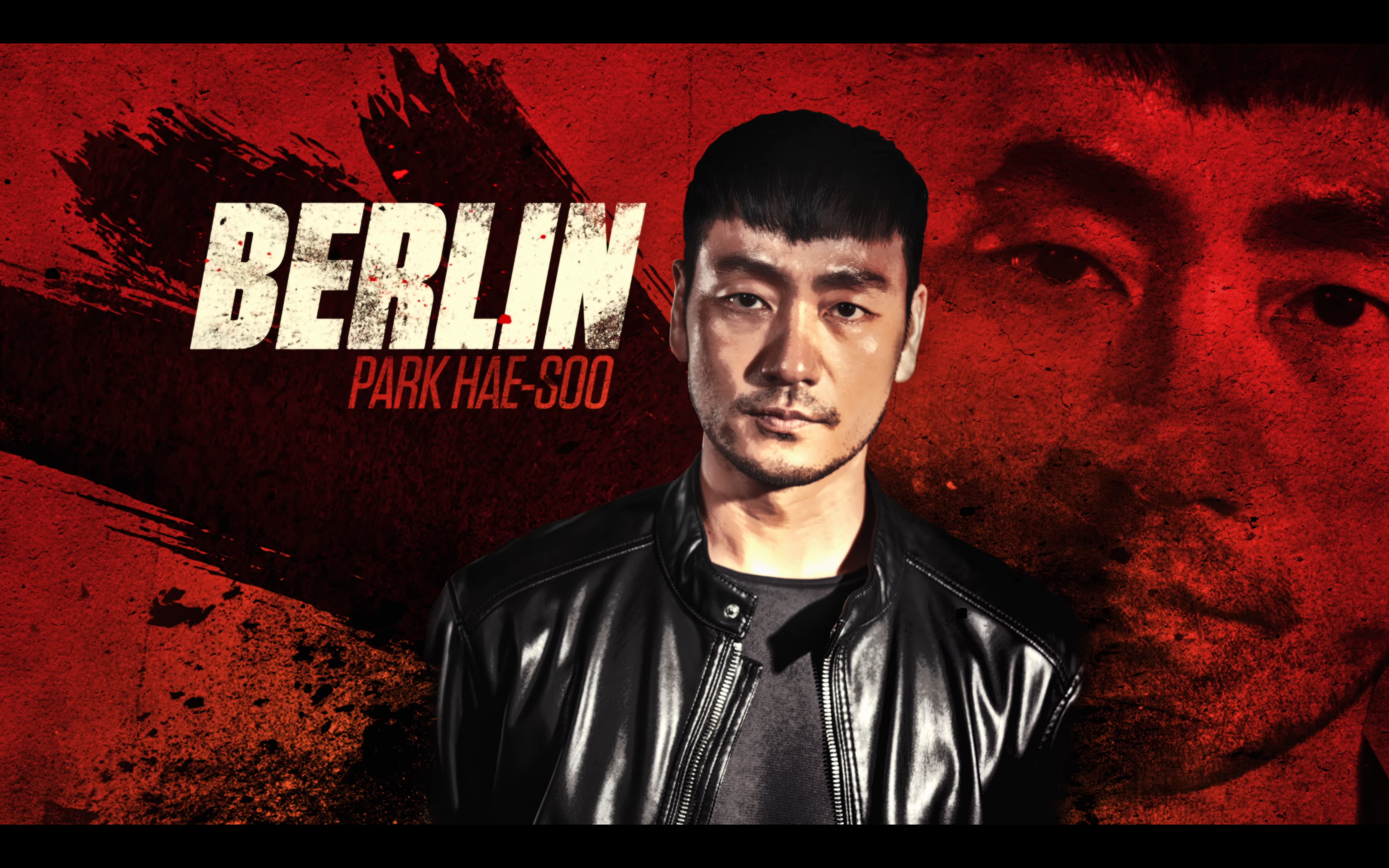 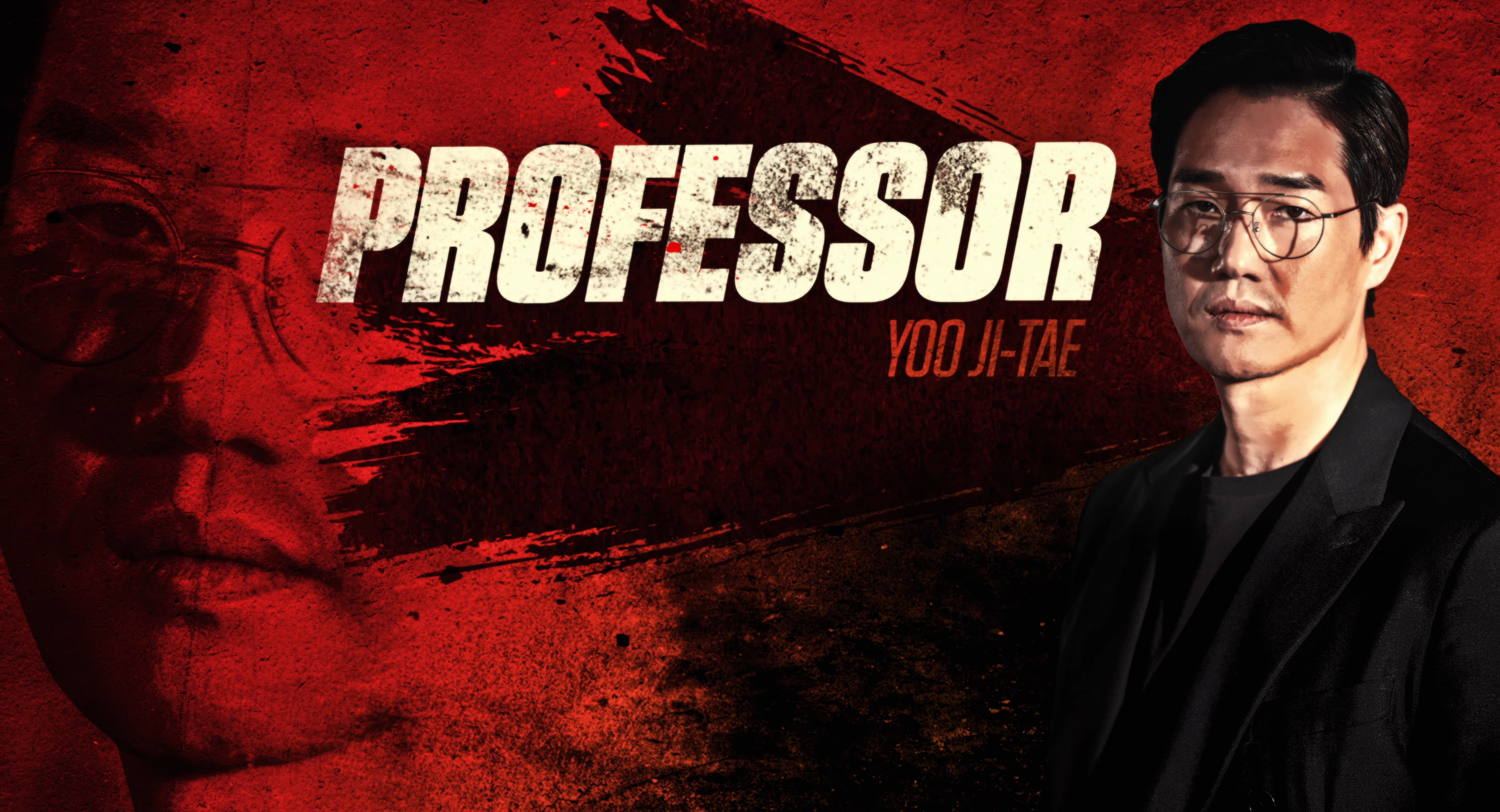 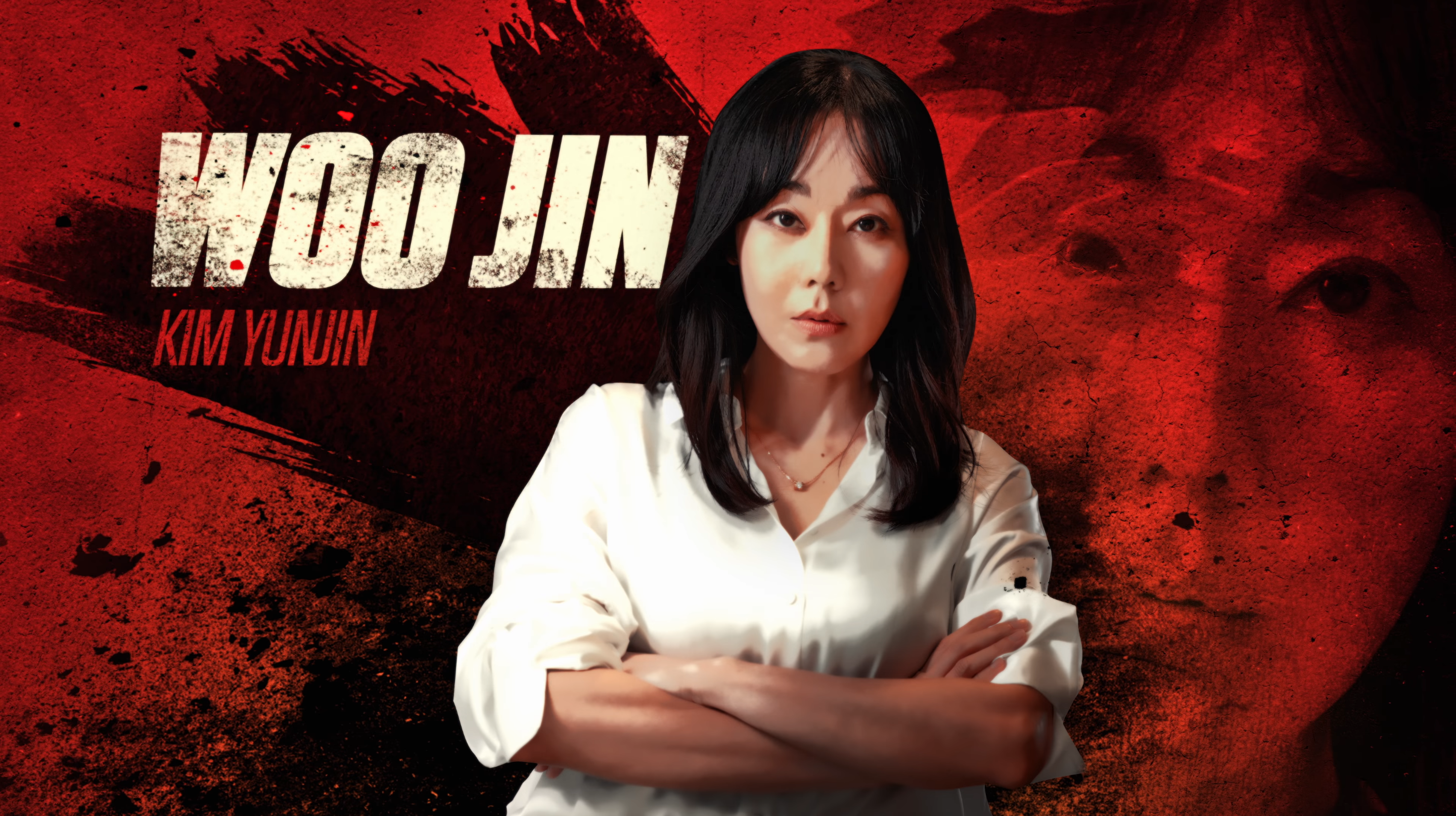 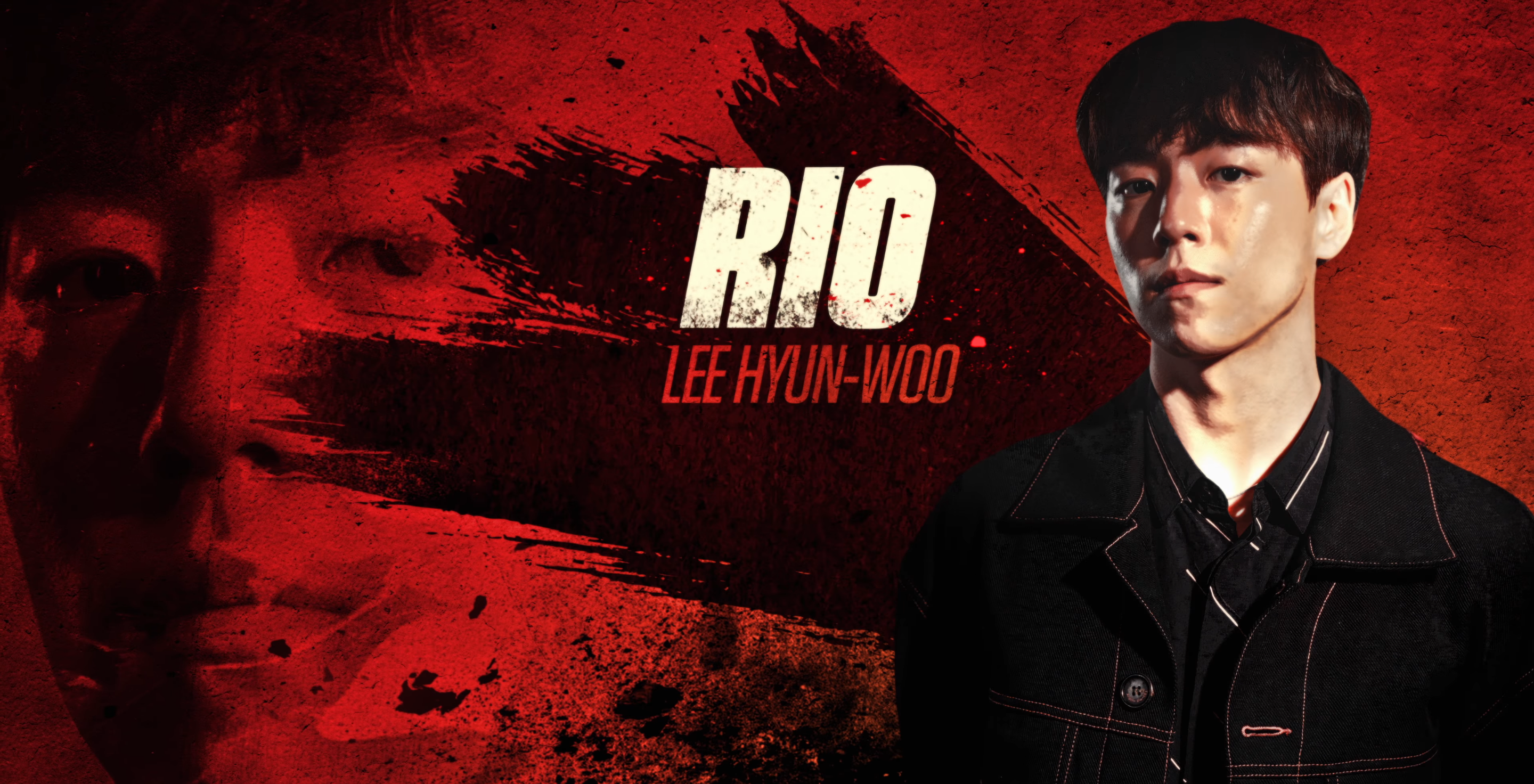 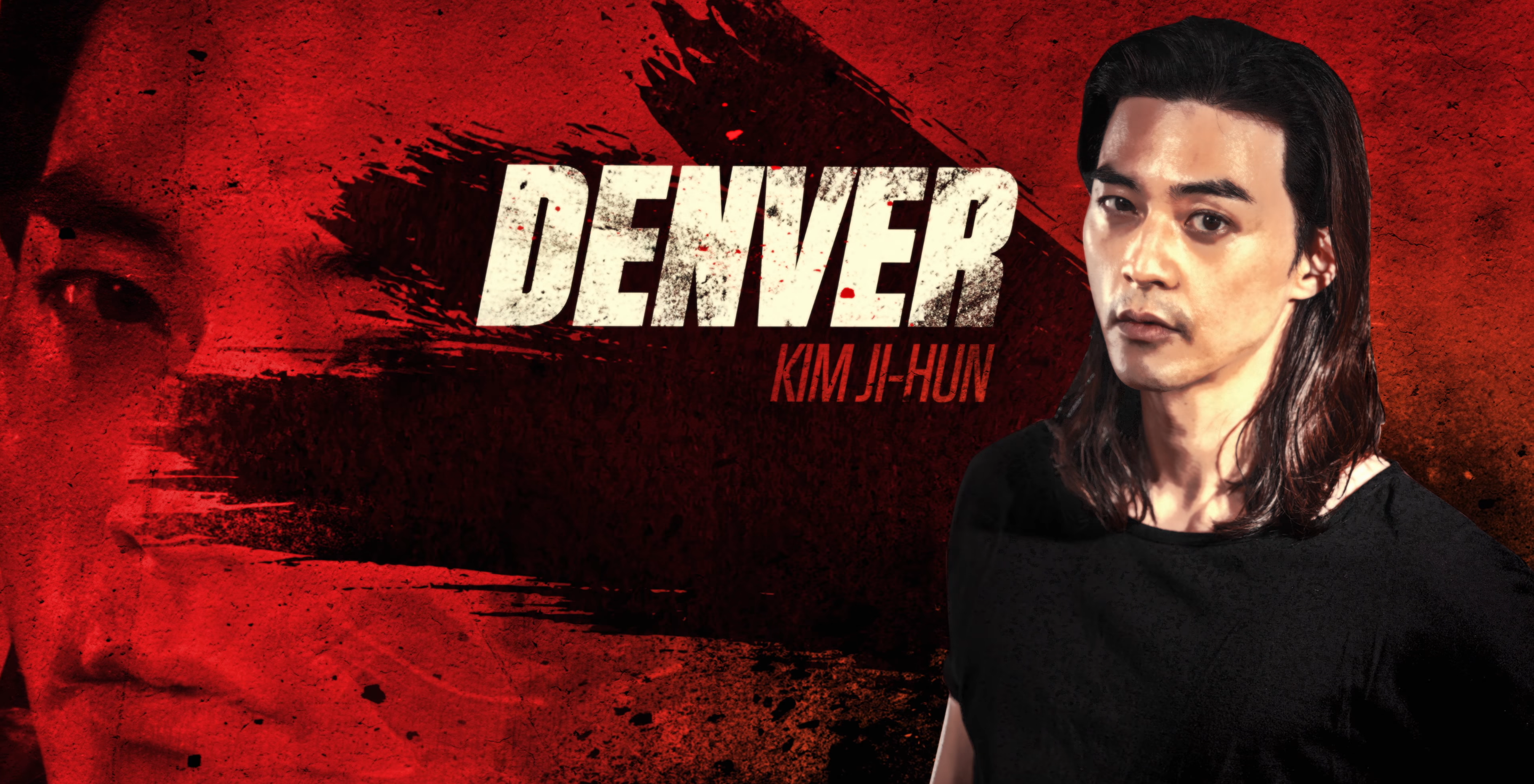 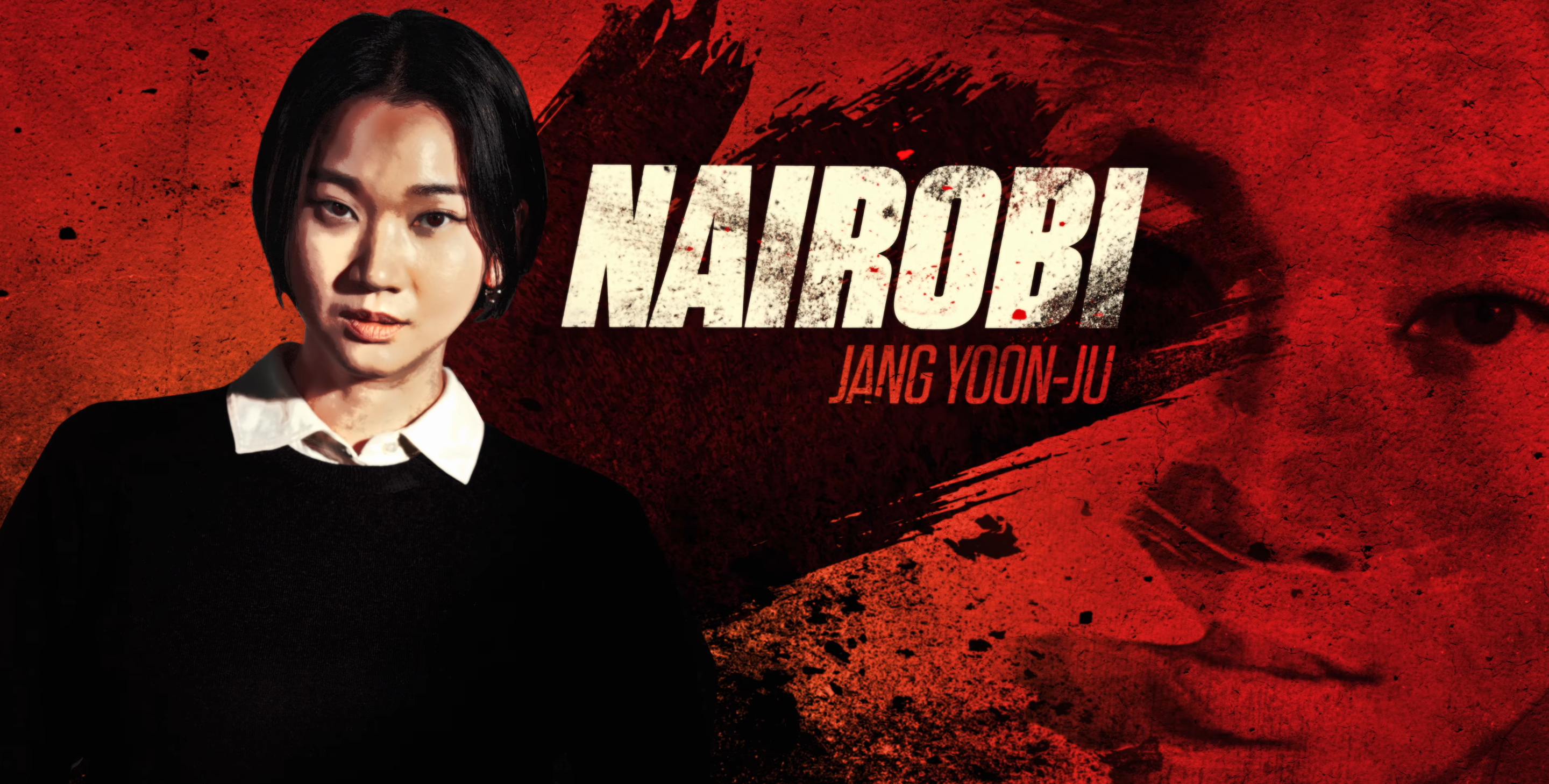 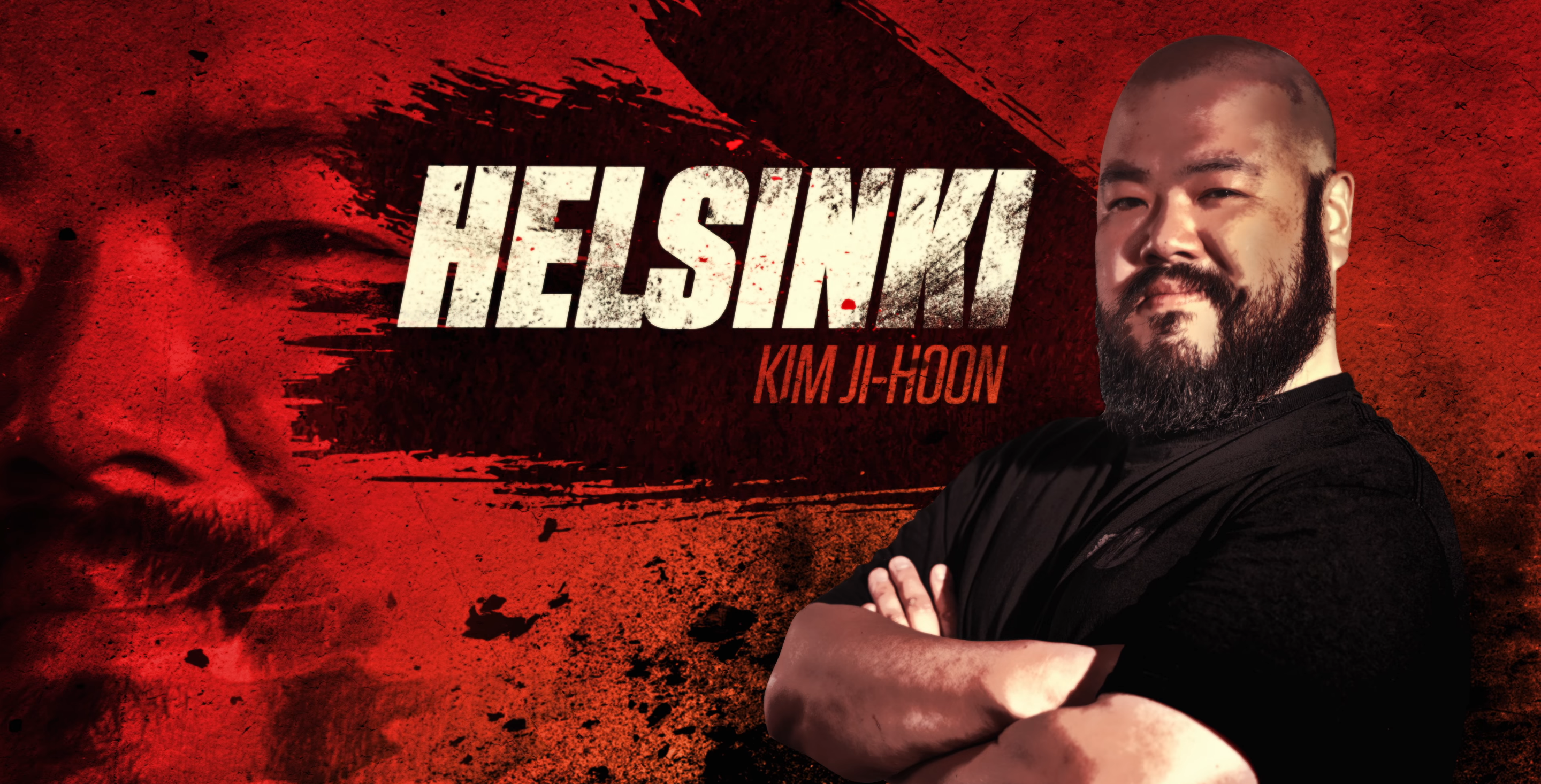 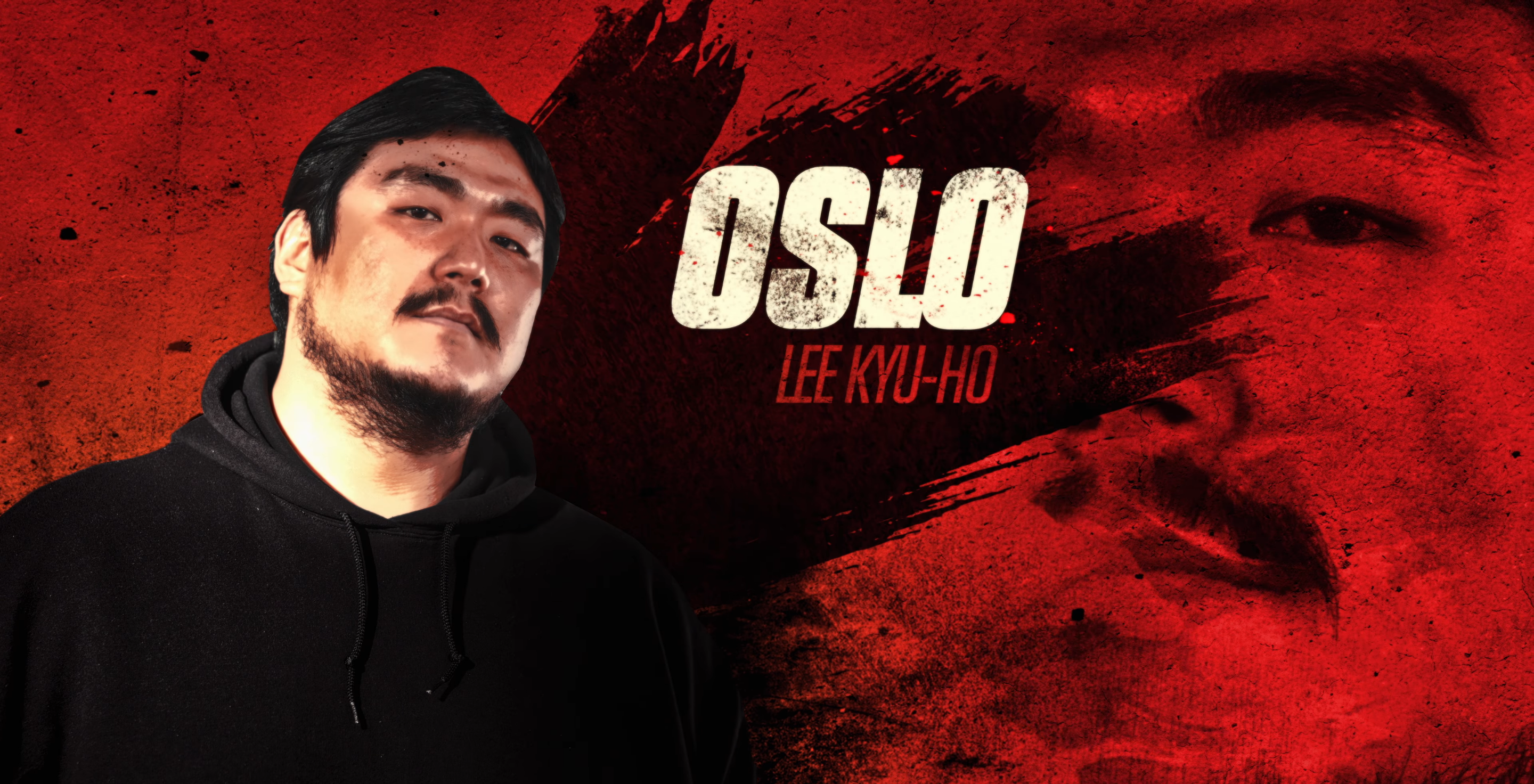 The Korean spinoff will feature an impressive lineup of actors

Since the Korean remake of Money Heist was announced, it’s no surprise that all eyes will be on the cast who will take on the iconic roles.

The impressive cast, which was announced on the recent teaser, includes Squid Game actor Park Haesoo as Berlin, the enforcer of the criminals and the Professor’s trusted right-hand man. Meanwhile, When My Love Blooms star Yoo Jitae will take on the titular role of the Professor.

Korean-American actress Kim Yunjin will portray Seon Woojin, one of the members of the task force handling the investigations of the heist. On the other hand, Jongseo will take on the fan-favorite Tokyo while Lee Wonjong will portray the fatherly Moscow.

Rounding up the cast are Wish Upon the Star actor Kim Jihoon as Denver, model-actress Jang Yoonju as Nairobi, To the Beautiful You actor Lee Hyunwoo as the charming Rio, Healer actor Lee Kyuho as Oslo, and The 12th Suspect actor Kim Jihun as Helsinki.

A casting change was made on the role of Rio

Netflix announced in May 2021 that the role of Rio has been recast from Park Jungwoo to To the Beautiful You’s Lee Hyunwoo. Jungwoo reportedly dropped out from filming due to “scheduling conflicts” with the rom-com Fly High Butterfly.

In a statement through his agency Awesome ENT, Hyunwoo expressed that he’ll “do my best to create a cool, memorable character” for those who are anticipating Money Heist: Korea - Joint Economic Area.

“I’m excited to be greeting viewers through a drama for the first time in a while. I’ll do my best to create a cool, memorable character and an appealing production for those who are anticipating the Korean remake of Money Heist,” Hyunwoo said.

The spinoff marks Hyunwoo’s small-screen comeback after a five-year hiatus. Aside from To the Beautiful You, he gained recognition after appearing in The Liar and His Lover and Moorim School.