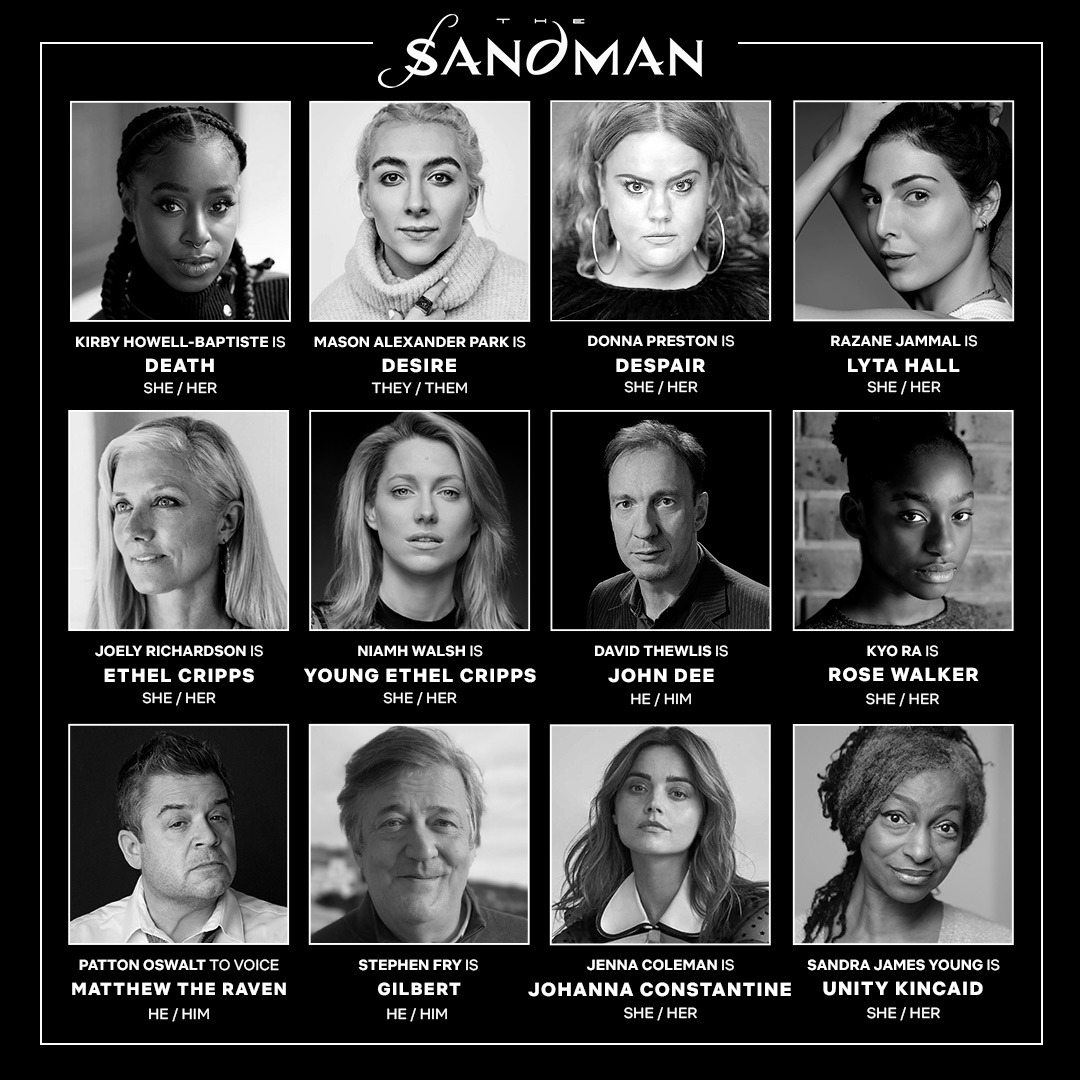 Gaiman himself wrote the latest announcement for Netflix, teasing the comic storyline “The Doll’s House,” which is in production.

The impressive list of actors will co-star alongside previously announced cast including Tom Sturridge (Velvet Buzzsaw) as Morpheus, Lord of the Dreaming; Gwendoline Christie (Game of Thrones) as Lucifer Morningstar, the Ruler of Hell; Sanjeev Bhaskar and Amid Chaudry as Cain and Abel, Charles Dance (Roderick Burgess), Vivienne Acheampong (Lucienne), and Boyd Holbrook (The Corinthian).

still not emotionally recovered from how absolutely stacked the cast is for The Sandman pic.twitter.com/opUqlfTYlI

Netflix describes the upcoming adaptation as a rich blend of modern myth and dark fantasy in which contemporary fiction, historical drama and legend are seamlessly interwoven. The Sandman follows the people and places affected by Morpheus, the Dream King, as he mends the cosmic and human mistakes he's made during his vast existence.

Following the news yesterday, Neil Gaiman himself shared detailed descriptions of the characters and the stories behind the casting choices via Netflix's wesbite, which you can read in full here.

This is where I tell you about casting, and reveal a few tidbits about the upcoming Sandman season... https://t.co/iFMdrVzfiu