This year’s annual Gamescom convention may have run fully online, but it still delivered a whole lot of new and upcoming content in its four-day run from Aug. 27 to Aug. 30, enough to keep watchers anticipating for the games’ release dates and platform availability.

Some of Gamescom’s biggest  announcements this year was Fall Guys Season 2, the new trailer for Call of Duty: Black Ops Cold War, a sneak peek at the Ratchet and Clank: Rift Apart gameplay for the PlayStation 5,  and upcoming blockbusters such as Star Wars: Squadrons, and Dragon Age 4, among many others.

But along with these huge announcements is the arrival of never-before-seen games, made by indie developers,  seeing first light in Gamescom’s virtual event.

For a glimpse of these fresh, upcoming indie titles, here’s an extensive list featuring all the underrated game reveals showcased at the world’s largest gaming event. 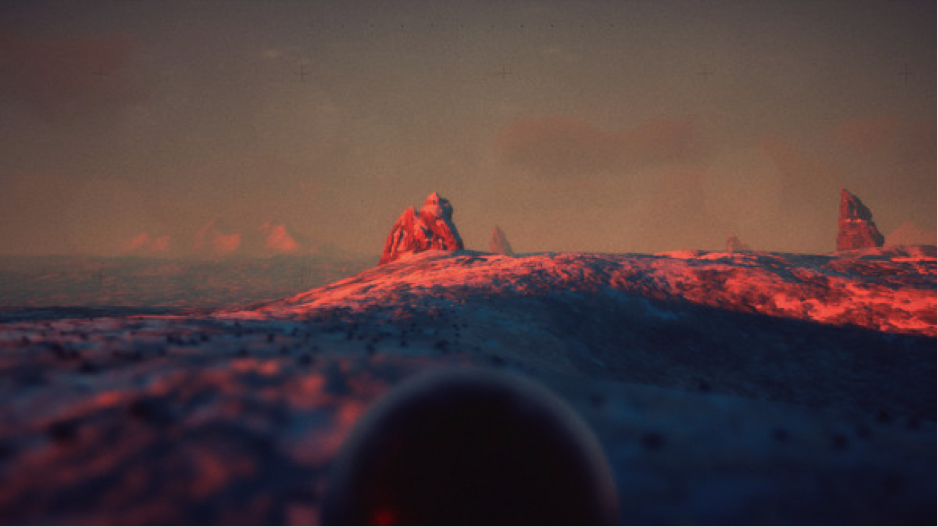 If exploring the whole world in Microsoft Flight Simulator is not enough for you, how about exploring surreal, alien worlds as a pilot flying a gravity-defying UFO? Australian indie developers Exbleative is here to take you above and beyond in Exo One, a single-player, exoplanetary exploration game where you can travel to amazing, sci-fi worlds and horizons.

Exo One is planned to release this year on Xbox Series X and PC. 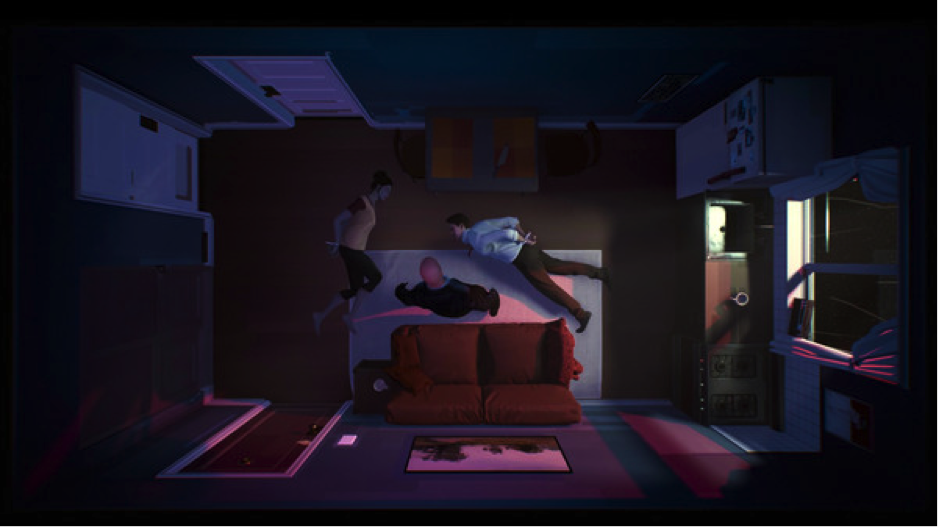 Inspired by mind-bending films such as Stephen King’s The Shining and Christopher Nolan’s Memento, Twelve Minutes from Annapurna Interactive is a real-time top-down interactive thriller where you play as a man stuck in a 12-minute time loop, doomed to relive the same terror repeatedly. Unless you can find a way to help him break the loop.

Twelve Minutes is coming soon to PC, Xbox Series X, and Xbox One. 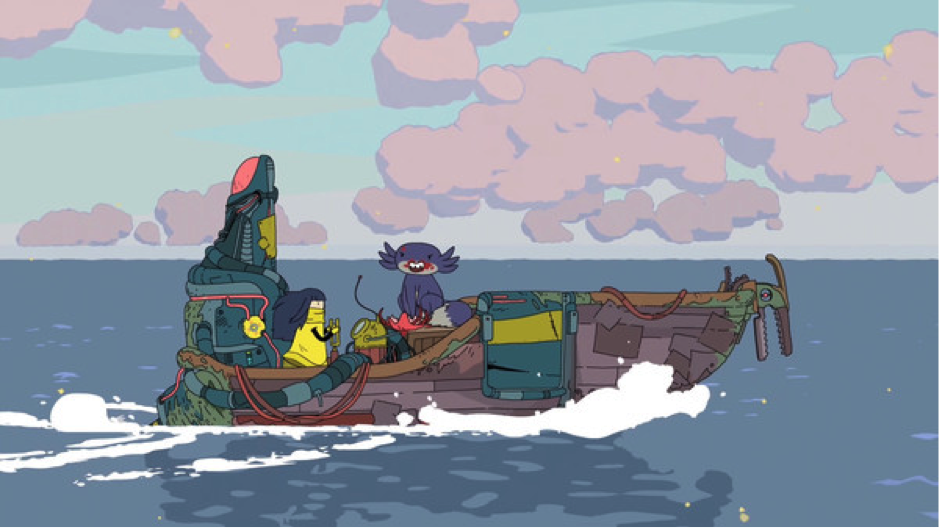 Bearing the familiarity of the hit cartoon Adventure Time, German developers Studio Fizbin’s Minute of Islands is a narrative-based adventure game led by Mo, a young mechanic living on a pastoral archipelago. Her mission is to find and restore the hidden engines made by the ancient inhabitants of the islands in order to fix a world on the brink of collapse.

Minute of Islands is coming in 2021 to PC, Mac, and consoles. 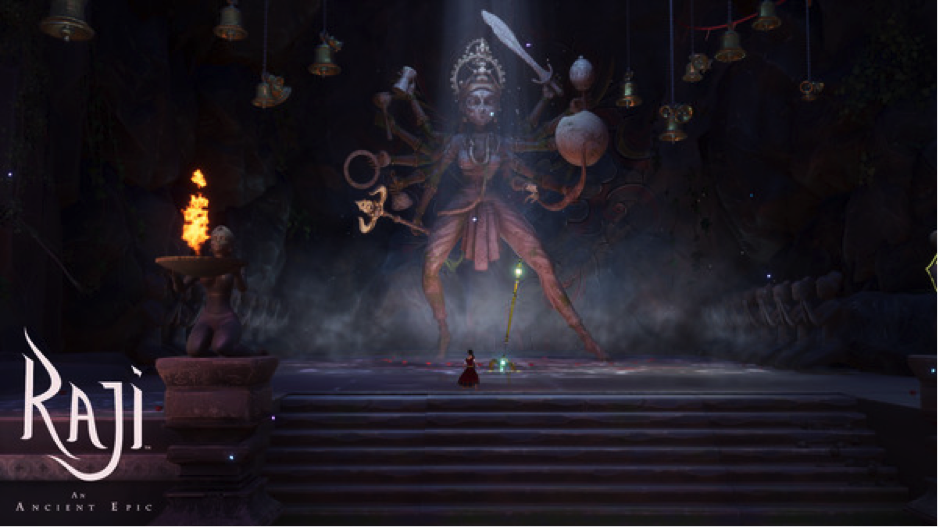 This action-adventure game set in ancient India  tells the story of a young girl named Raji, chosen by the gods to stand against the demonic invasion of the human realm. However, her ultimate goal is to rescue her younger brother and face the demon lord Mahabalasura.

Developed locally by India-based developers Nodding Heads Games, Raji: An Ancient Epic is slated to come out this year on PC, Xbox One, and PS4. 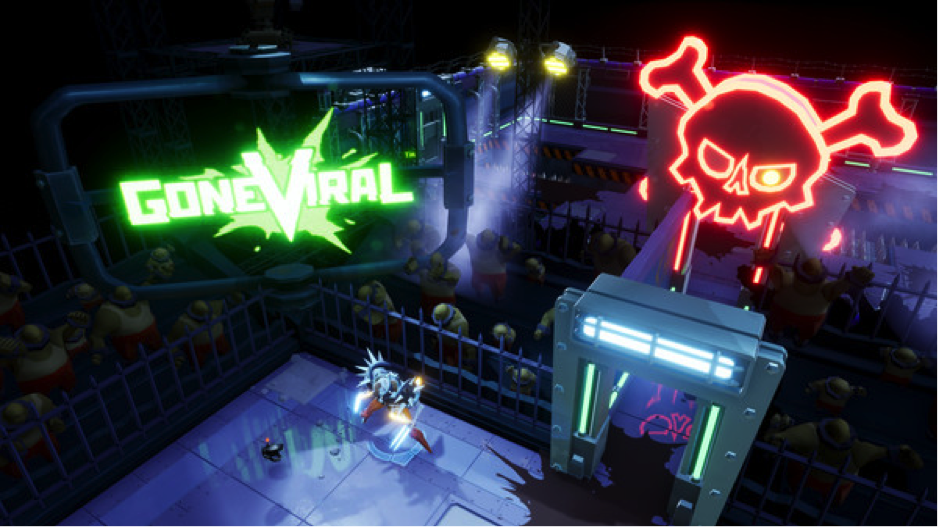 Skullbot Games from California fabricates your post-apocalyptic gladiator dreams into reality  with Gone Viral, an over-the-top action game with heavy roguelite elements and both third-person melee and shooter combat. As revealed from its Gamescom trailer, the game may also integrate Twitch interactivity for streamers. This allows their viewers to participate in some crucial parts of the game.

Gone Viral will be available for Steam Early Access on Sept. 24 this year. 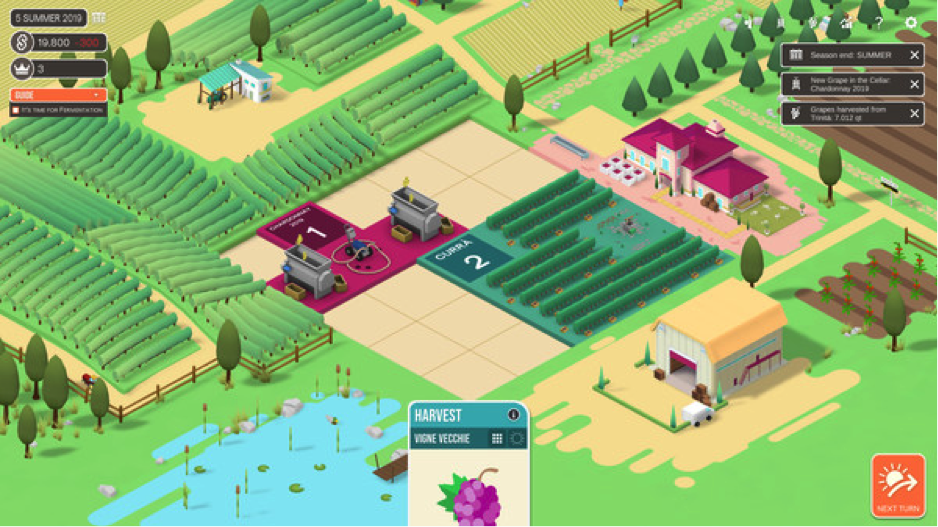 Brewed locally by Italy-based developers Broken Arms Games, Hundred Days: Winemaking Simulator lets you experience the entire traditional winemaking process. You will have complete control of a new winery, from all the work in the vineyard to expanding and managing your sales network. 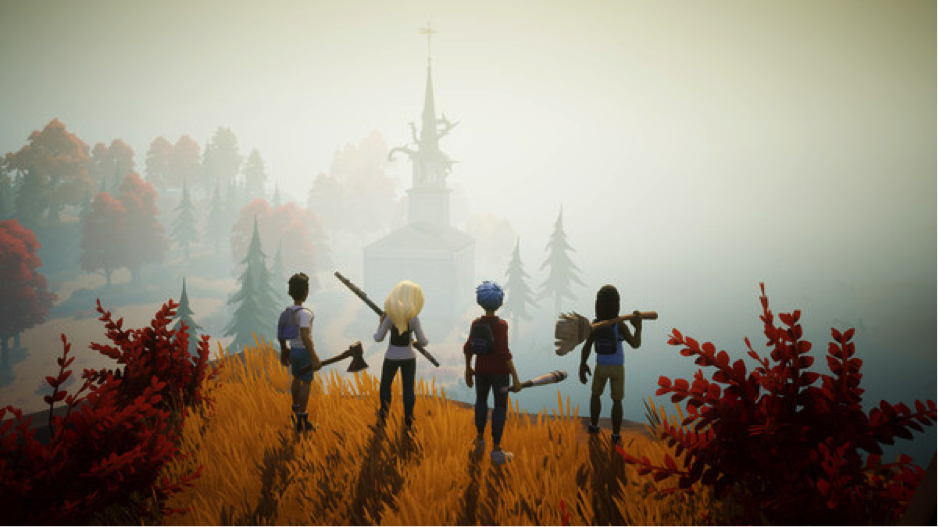 Imagine Fortnite without the battle royale, that’s Drake Hollow. Developed by indie devs The Molasses Flood, this game makes you team up with friends to build in order to defend native villages from deadly beasts, and take back the blighted and dying land of The Hollow from these monsters.

Drake Hollow is now available on Xbox One via Xbox Game Pass. Release date on PC will be announced soon. 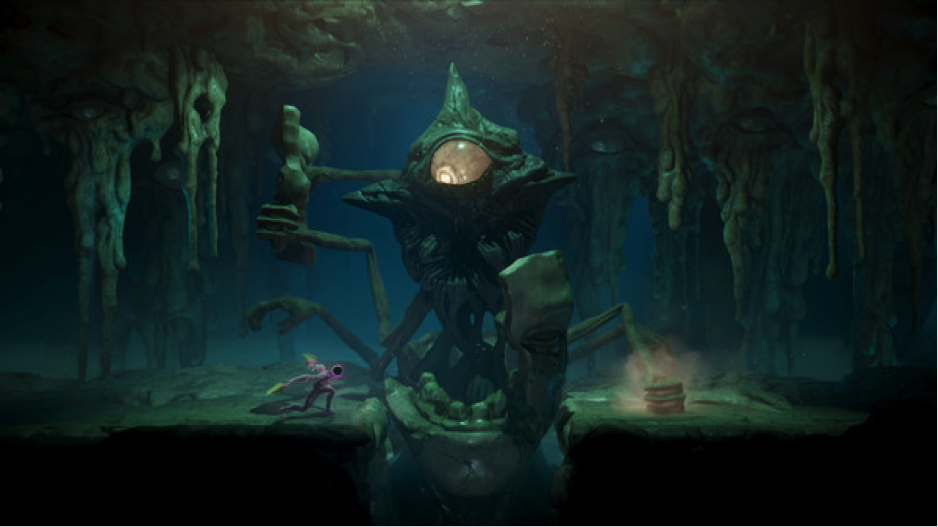 Eldritch horror, action-adventure RPG, and metroidvania coalesce together. The result is the surreal GRIME, a fast and unforgiving Souls-like RPG in which you take control of a mysterious humanoid pitted against a surreal world obsessed with proportions and anatomy, trying to piece together the source of the inhabitants’ madness.

GRIME’s release date and platform availability will be announced “at a later date, according to its publisher Akupara Games. 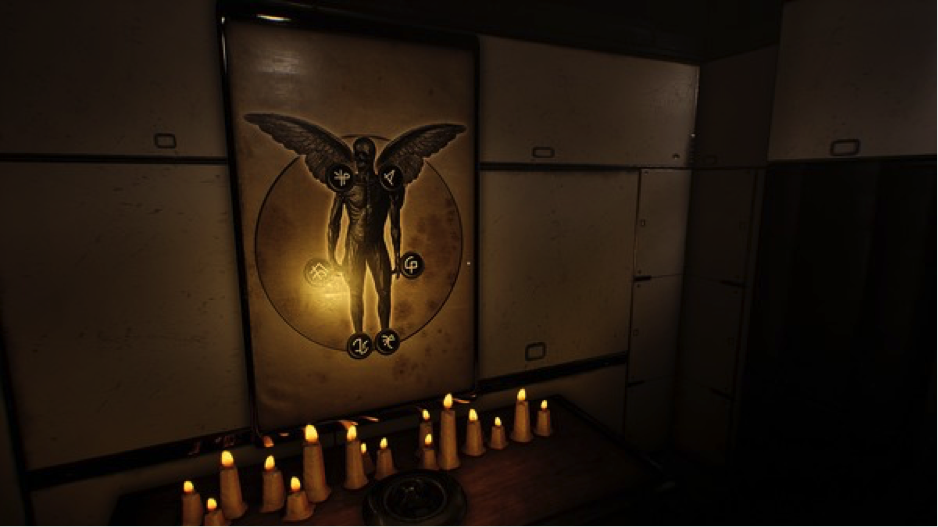 H.P. Lovecraft meets Cyberpunk in this obscure dystopian thriller, created by Turkish developers Stormling Studios. Set in a distant, post-apocalyptic future, you play as Randolph Carter, a member of a notorious hacker-for-hire group who stumbles across a terrifying truth that might tear apart his own sanity and question his very own existence.

Transient comes out in Oct. 2020 and will be available on PS4, Xbox One, and PC. 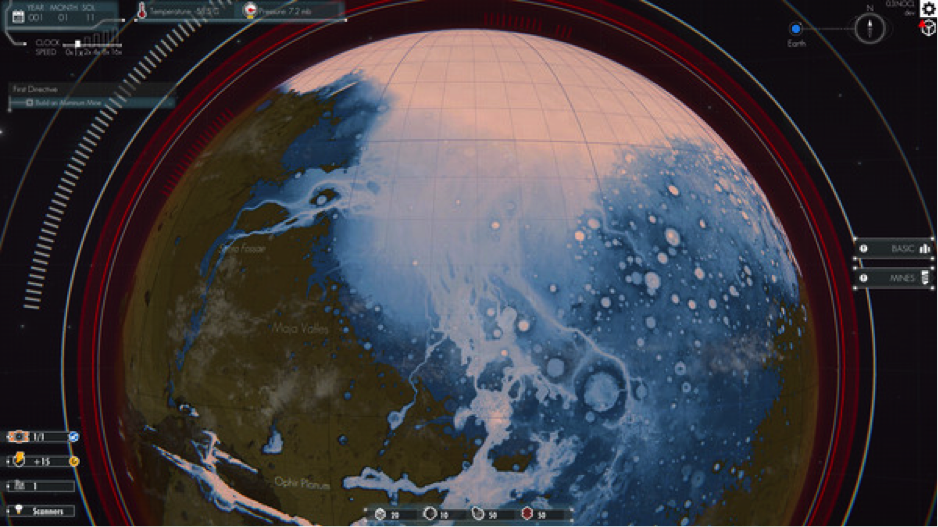 Ever wondered how humans can possibly terraform Mars? Argentina-based developers Tlön Industries gives you an intricate idea in Per Aspera, a planetary simulation experience combining science fiction and base building. Take on the role of AMI and Artifical Consciousness with the prime directive of terraforming Mars for human colonization.

Per Aspera will be released this year on PC. 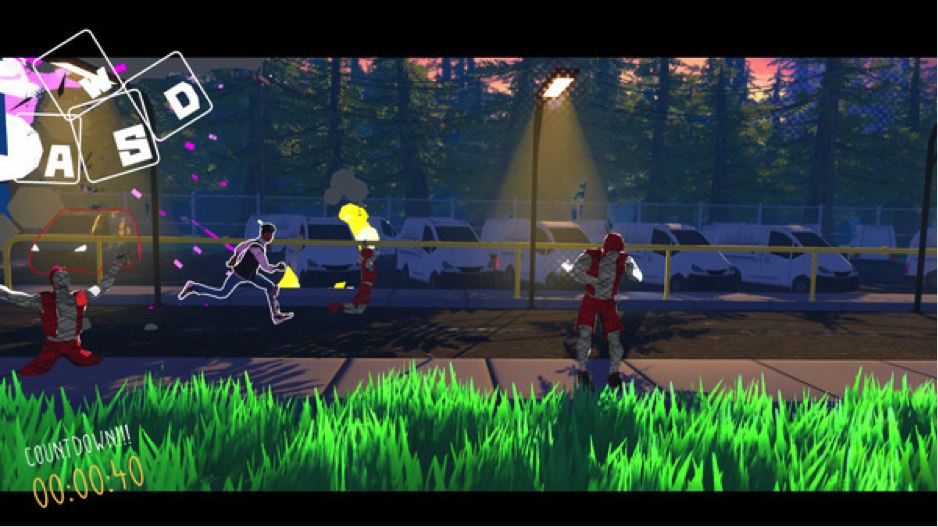 Made by a Detroit-based indie dev named Neil Jones, also known as Aerial_Knight, Never Yield is a 3D side-scroller speedrunner featuring Wally, a mysterious kid out to recover items from his past with the hope of saving what’s left of the future. Set in a futuristic Spiderverse-esque Detroit.

Aerial_Knight’s Never Yield is planned to come out in early 2021 via Steam on PC. 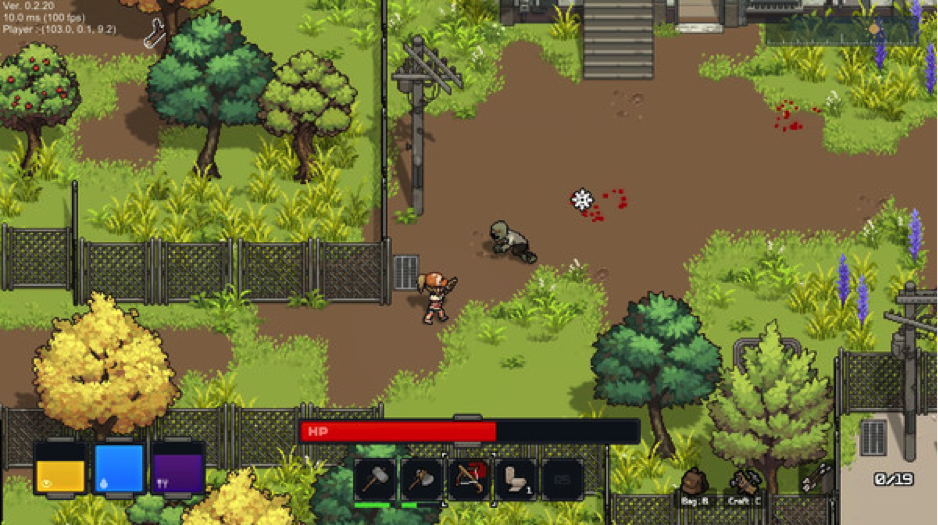 What if Stardew Valley got infected by zombies? That’s what happens in Zelter, a zombie apocalypse set in a cute, pixelated universe developed by South Korean indie studio, G1 Playground.  Try to defend your home and save people from the hordes of zombies in this new crafting survival game. 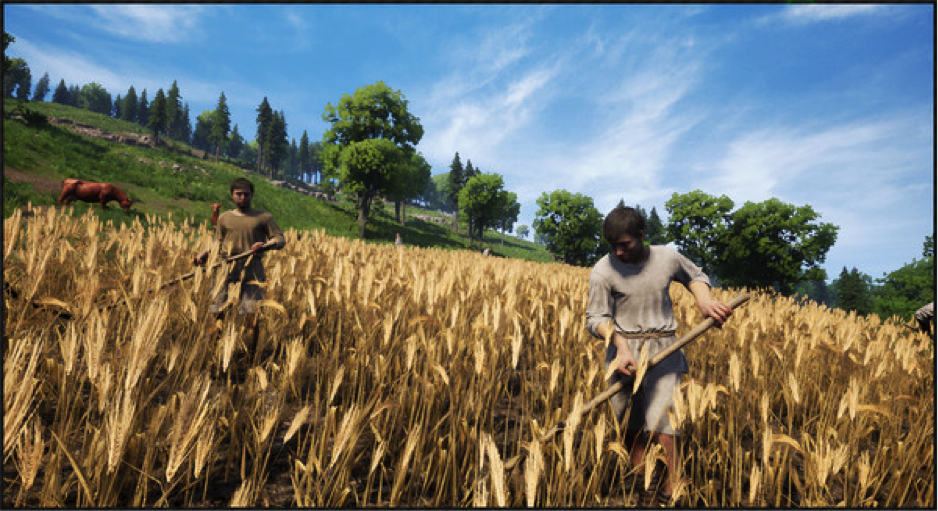 Do you want to relive the Middle Ages without the usual magic and fantasy elements present in many games? Then Render Cube’s Medieval Dynasty is for you. In this open-world RPG, you take on the role of a poor but skilled hunter and farmer set to take fate into his own hands. Hunt and cultivate your land, build your home, run and care for your people and secure your place in history by founding your own dynasty.

Medieval Dynasty is set to launch on Sept. 17 on PC. 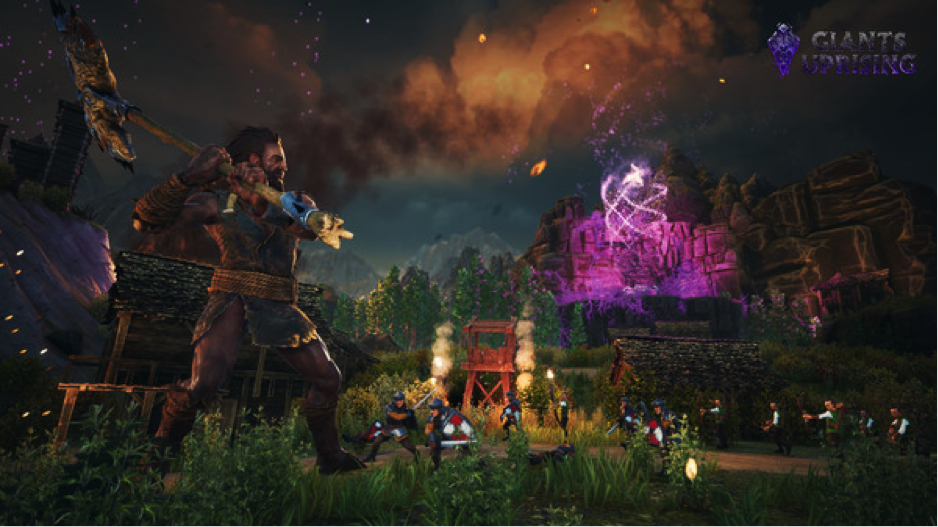 From Poland developers VARSAV Game Studios comes a fantasy hack’n’slash RPG where you play as a powerful Giant who finally releases himself from enslavement to seek revenge on the ruthless human race.

Giants Uprising will soon be available on Steam Early Access and Kickstarter. 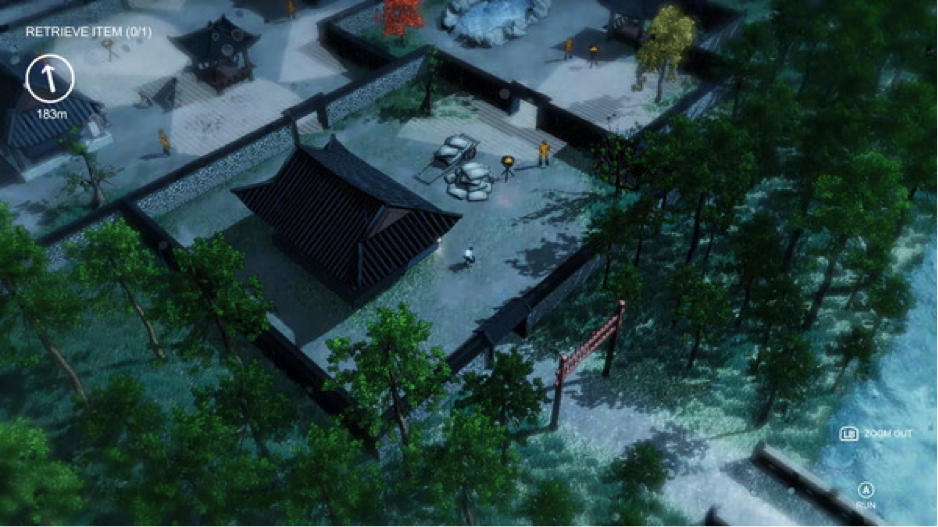 BUSAN SANAI GAMES’ Wonhon: A Vengeful Spirit is a paranormal stealth action game that puts you in the shoes of a girl returning from the dead after being killed in a military conflict in an alternate 1920s Korea. After being granted paranormal abilities by the God of Death, the girl sets out for her revenge.

Wonhon: A Vengeful Spirit will be released in Q1 2021 on PC. 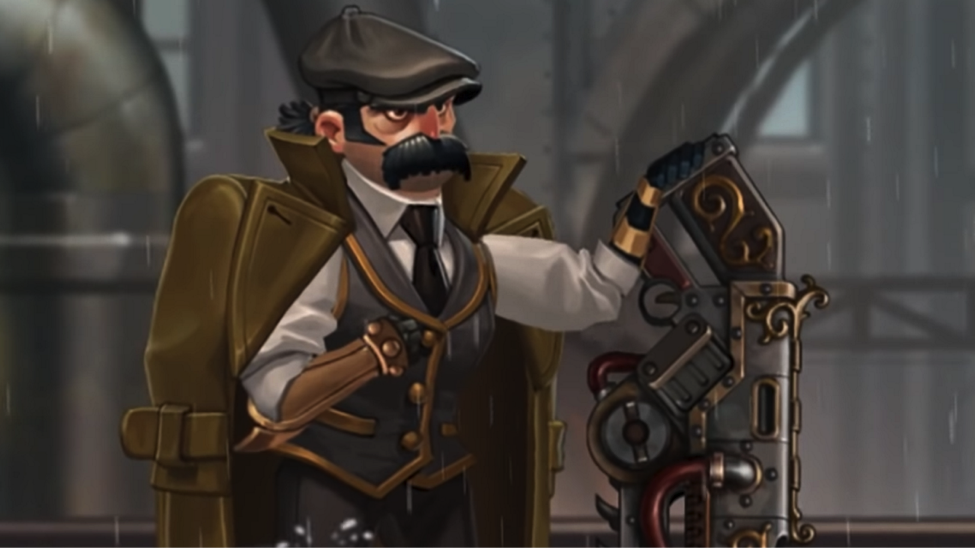 Austrian indie game company Enlightened Robot Entertainment brings Steampunk England to life with Naser: Son of Man, a cover-based, side scrolling 2D shooter game. You play as the titular character, a Persian prince with the power of God named Naser, in a dangerous journey to avenge the death of his loved ones and the defeat of his country in a world conquered by Robots under the leadership of Queen Elizabeth 0.

While the release date is yet to be announced by the devs, Naser: Son of Man is slated to launch on PS4, Xbox One, Nintendo Switch, and PC.