It seems as if no matter how many times you block a mobile number sending you spam text messages, they still keep coming.

While you can turn on your inbox filters, this can prevent you from receiving messages from people who aren't in your contacts but aren't sending spam texts. There is another option you can try to get rid of those pesky messages: downloading anti-spam apps.

Unlike inbox filters, some of these apps use machine learning to analyze the messages and see which ones are really spam. They also allow you to customize text blocking by entering keywords that usually come with suspicious messages.

Stop SMS spam: How to filter your inbox and block text messages from unknown numbers

TextKiller is a free app for iOS that eliminates 99% of spam text messages and robocalls. You can train the app to get smarter and more precise at blocking by reporting spam texts. On top of numbers and email addresses, you can input keywords like "gift card," "offer," "casino," etc. to filter.

The app is free to download but a subscription is later required to continue the spam text blocker after your seven free days. 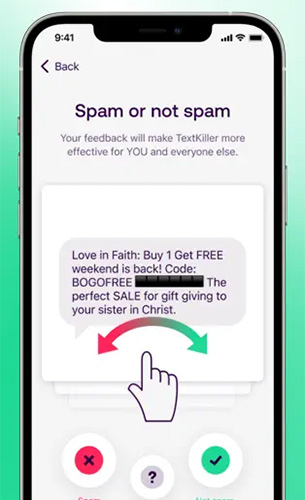 Another app for iOS users, SMS Shield uses machine learning and AI, which has been trained by thousands of spam texts, to clean up your inbox. In addition, it also allows you to specify contacts and keywords to filter out.

SMS Shield is free to download and offers a one-week trial, but it will later cost a monthly subscription. 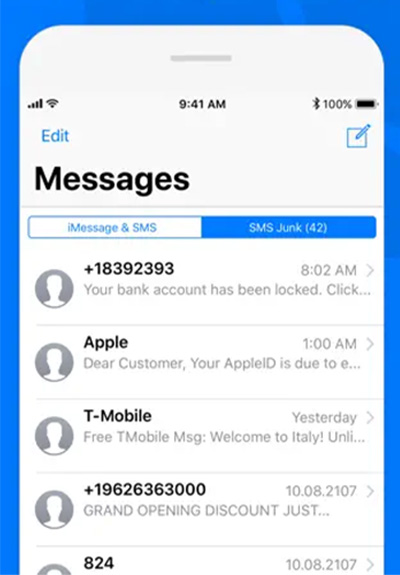 A privacy-first SMS filtering app, VeroSMS reassures users that it doesn't have access nor does it send data from your messages to its servers. Like the two apps mentioned above, the free version of the app lets you add keywords to filter out.

On top of that, there's a whitelist feature, so if you get messages with the filtered keywords from a bank or a friend, for instance, you'll still get the texts. 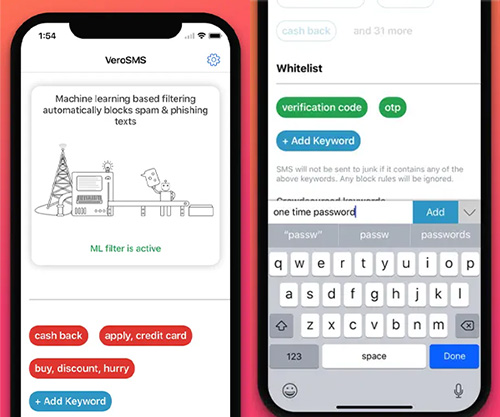 For iOS and Android users, Hiya blocks spam and scam calls and texts. The app relies on data that they have from users that have reported spam sending mobile numbers.

The app lets you see which messages have been blocked automatically, too, in case something gets marked as spam. 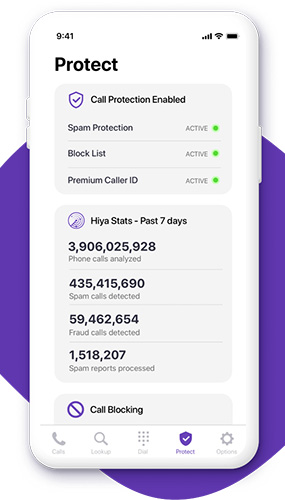