The Witcher live-action series starring Henry Cavill as a monster hunter struggling to find his place in the world has become one of Netflix’s top hits since it first aired in 2019.

Fans eagerly awaiting for the second season coming this December should definitely toss a coin to the animated prequel film The Witcher: Nightmare of the Wolf.

The film, set decades before Geralt’s story takes place, focuses on Vesemir, a swashbuckling—and extremely attractive—young witcher who escapes a life of poverty for monster hunting. 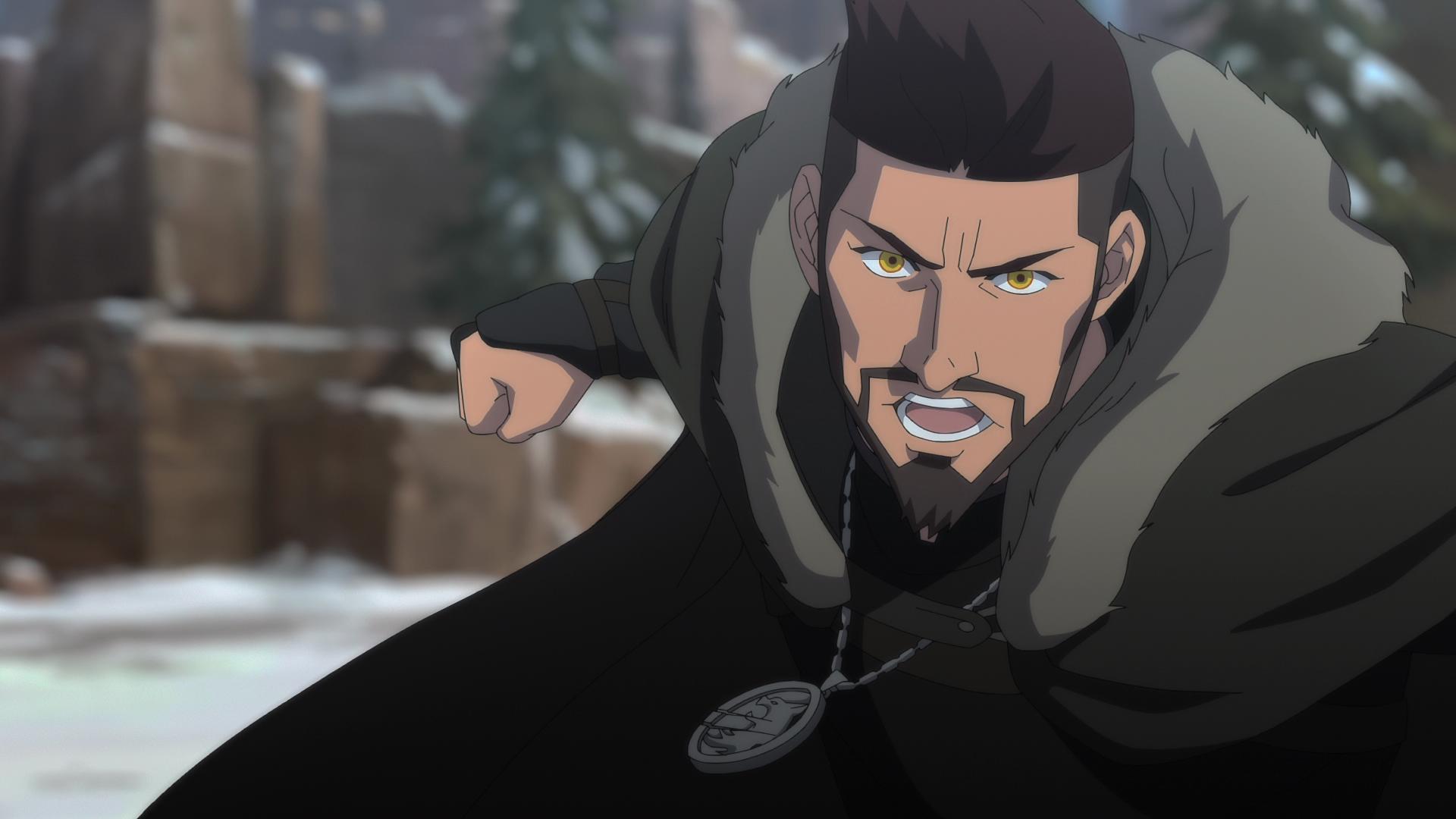 The film is co-produced by The Witcher live-action series showrunner and executive producer Lauren Schmidt Hissrich, and animated by South Korea’s Studio Mir, known for their work on The Legend of Korra as well as Netflix series Dota: Dragon’s Blood.

In a virtual media roundtable, Hissrich herself shared her insights on the development of the animated film, its ties to the live-action series, original novels, video games and more.

The team developed the story for the animated film back in 2018 at the same time the live-action series started, focusing on a story that could stand well on its own.

Hissrich explained that focusing on a younger Vesemir and exploring how witchers are trained will reward old fans with new insights coming into the second season, while giving new viewers a brand-new story. 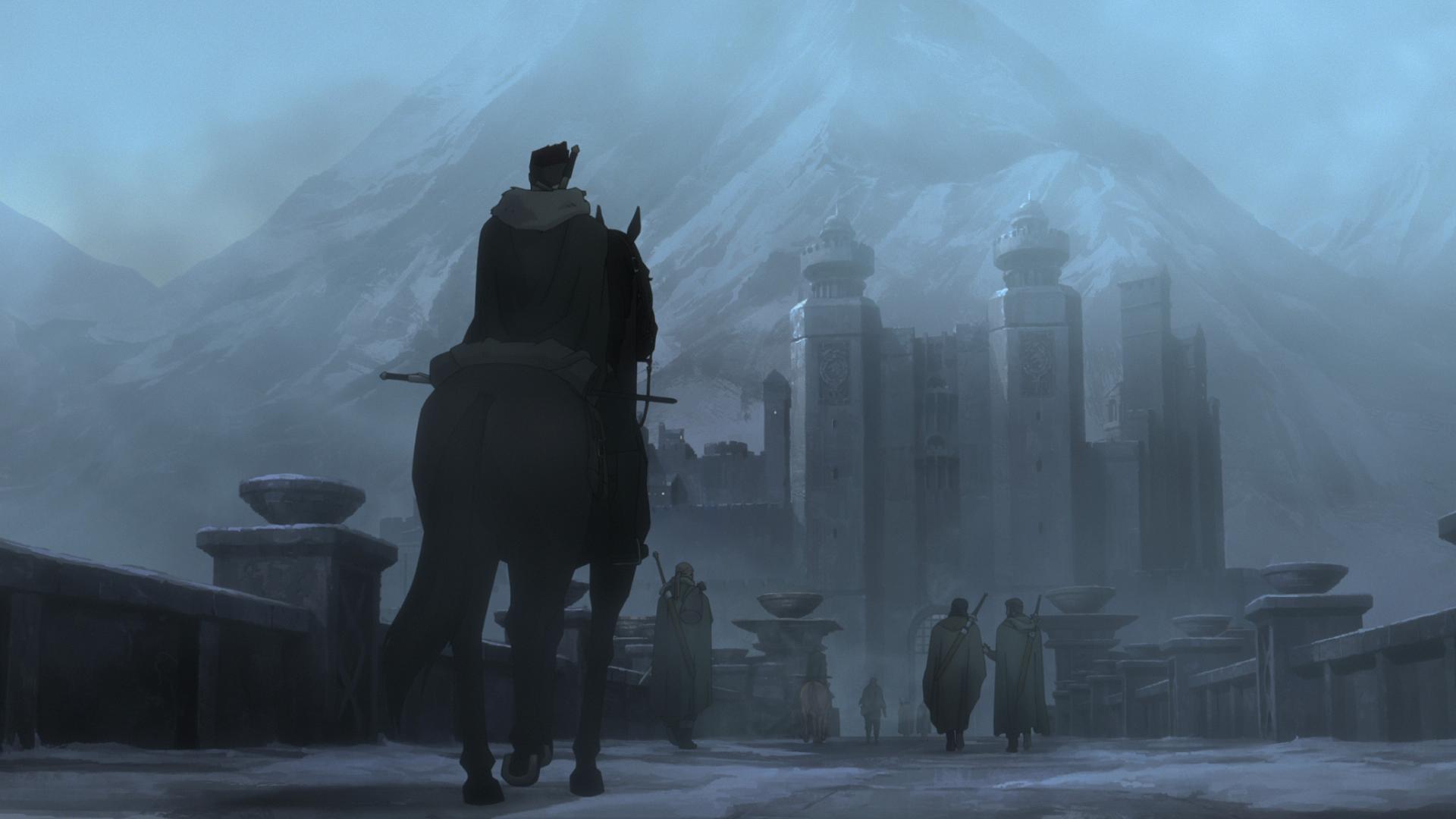 “For me, I’ve always said that The Witcher is about family. It’s about Geralt and Siri. It’s about Fatherhood. What better character to explore than Geralt’s father (figure) and to understand where the lessons were imparted. What did Geralt learn from Vesemir that he can now give to Ciri? That’s what we took into the anime,” Hissrich told PhilSTAR L!fe.

While the series and animated film are not based on any of the video games in CD Projekt’s hit RPG trilogy, the showrunner acknowledged that gamers are a “huge part of the audience” and “part of the reason why The Witcher is so popular.”

Fans of the video game may be familiar with Vesemir as the seasoned old witcher who serves as Geralt’s mentor, and not this devilishly handsome young stud, who has some people on social media just losing it.

“I started calling him ‘Papa Vesemir’ which is not something I’ve heard from the gaming community,” quipped Hissrich.

Vesemir is portrayed as a carefree and relatable protagonist compared to the more stoic and serious Geralt of Rivia that fans probably think all witchers are like. 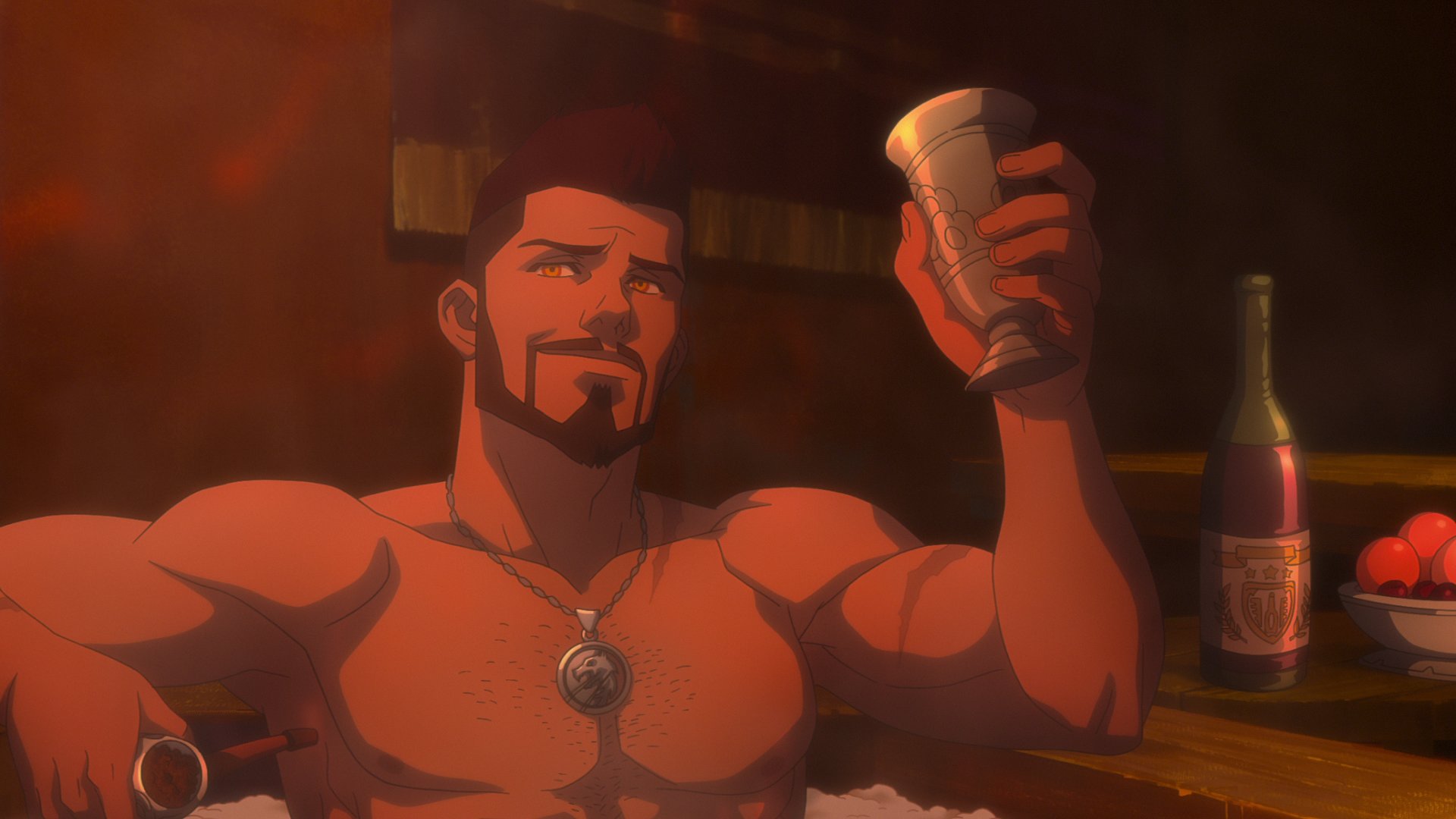 “What I think people are going to be excited about Vesemir is that he’s a younger, charismatic, sexier version of Vesemir that we dont expect to see at all. To introduce a character that book-lovers, game lovers and eventually TV show lovers all understand as this older, grizzled, jaded man who has seen and experienced everything and is scared of nothing—to see him represented as a young man full of bravado and adventuring and taking over the world—that was part of the fun” she said.

A clip from the teaser shows Vesemir in the bathtub, which Hissrich pointed out in her trailer breakdown shared by @NetflixGeeked was a twist on the iconic Geralt in the bathtub scene.

THE WITCHER: NIGHTMARE OF THE WOLF teaser trailer has arrived, so THE WITCHER showrunner Lauren Schmidt Hissrich is here to tell you how the new anime movie connects with the live-action series. pic.twitter.com/sWc2MSvf0d

“Every Witcher property needs one of these scenes now. It’s a new rule for any Witcher show—bathtub scene,” she said.

The bathtub scene is a nod to gamers as it was inspired by the opening scene of the 2015 video game The Witcher 3: Wild Hunt, which showed Geralt and Yennefer sharing a rare intimate moment in between all the monster-slaying.

On Theo James as the voice of Vesemir

“Theo James was our absolute first choice. Obviously, he has experience in anime, having done Castlevania. I was a huge fan of Theo’s from some of his live-action work,” said Hissrich.

Netflix reveals new teaser trailer and voice cast for ‘The Witcher: Nightmare of the Wolf’

The showrunner stressed that the young star who played Tobias Eaton aka “Four” in the Divergent film series “absolutely embodies this character.” 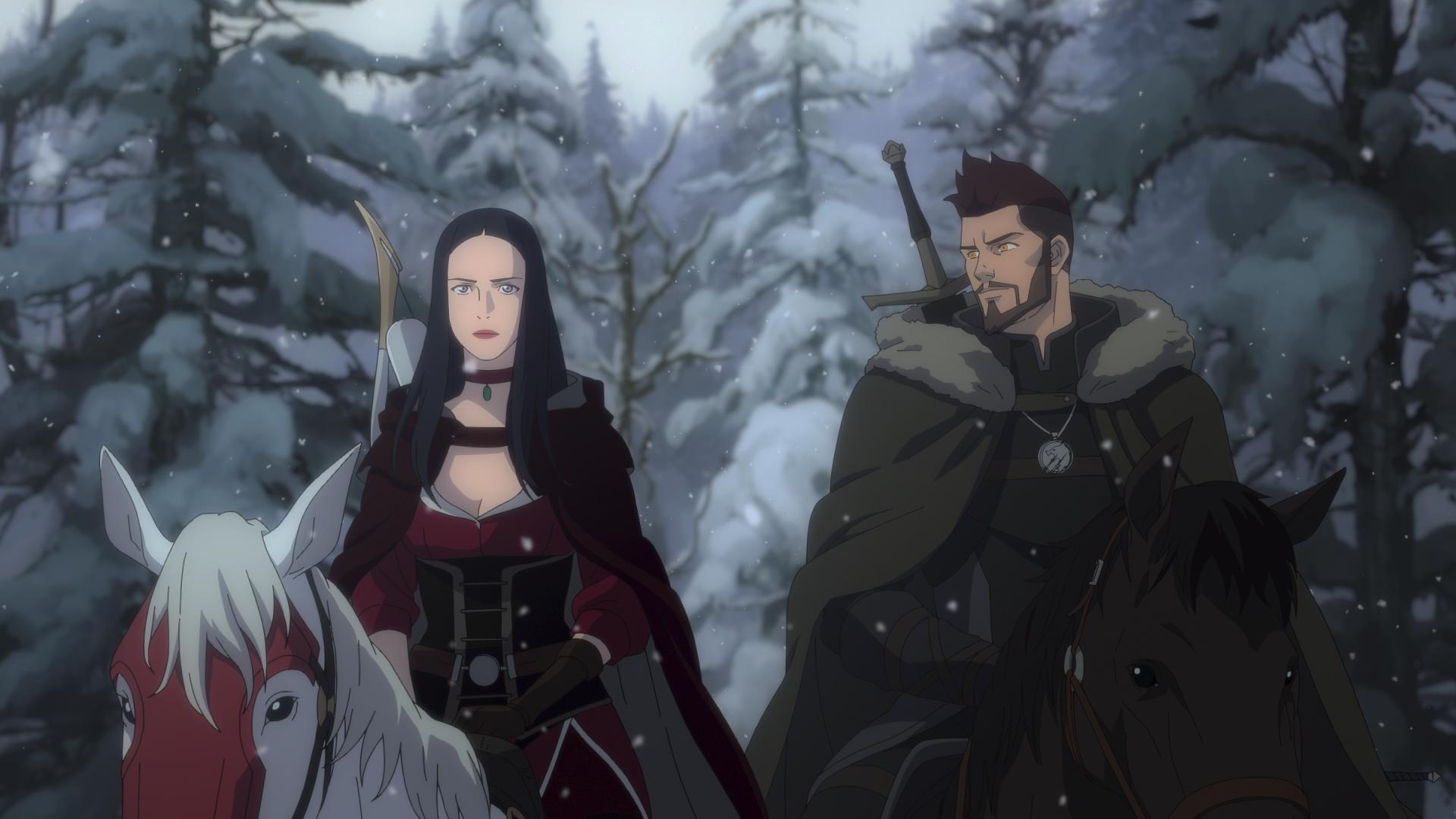 “It’s really fun to see young Vesemir—Theo James—who’s charismatic and charming and young, and you see the evolution to a more mature Vesemir who has seen more of the world,” she added.

Danish actor Kim Bodnia, who earned a BAFTA nod for his role in Killing Eve, will be playing the older version of Vesemir in the upcoming second season of the live-action series.

Inspiration from the books

One of the most fascinating aspects of The Witcher lore are the supernatural monsters Geralt hunts down like the insect-like Kikimora, bloodthirsty Striga, and more.

The animated film stays true to the spirit of the original novels by featuring mythological creatures from around the world, including Asian folklore.

“Andrzej Sapkowski, the author of the books, traveled immensely all over the world constantly drawing inspiration from dark twisted fairy tales and mythology and folklore from all these places that he visited. It’s something we try to honor and show as well not just in the monsters and characters that we borrow from the books, but also in the ones we create ourselves,” shared Hissrich. 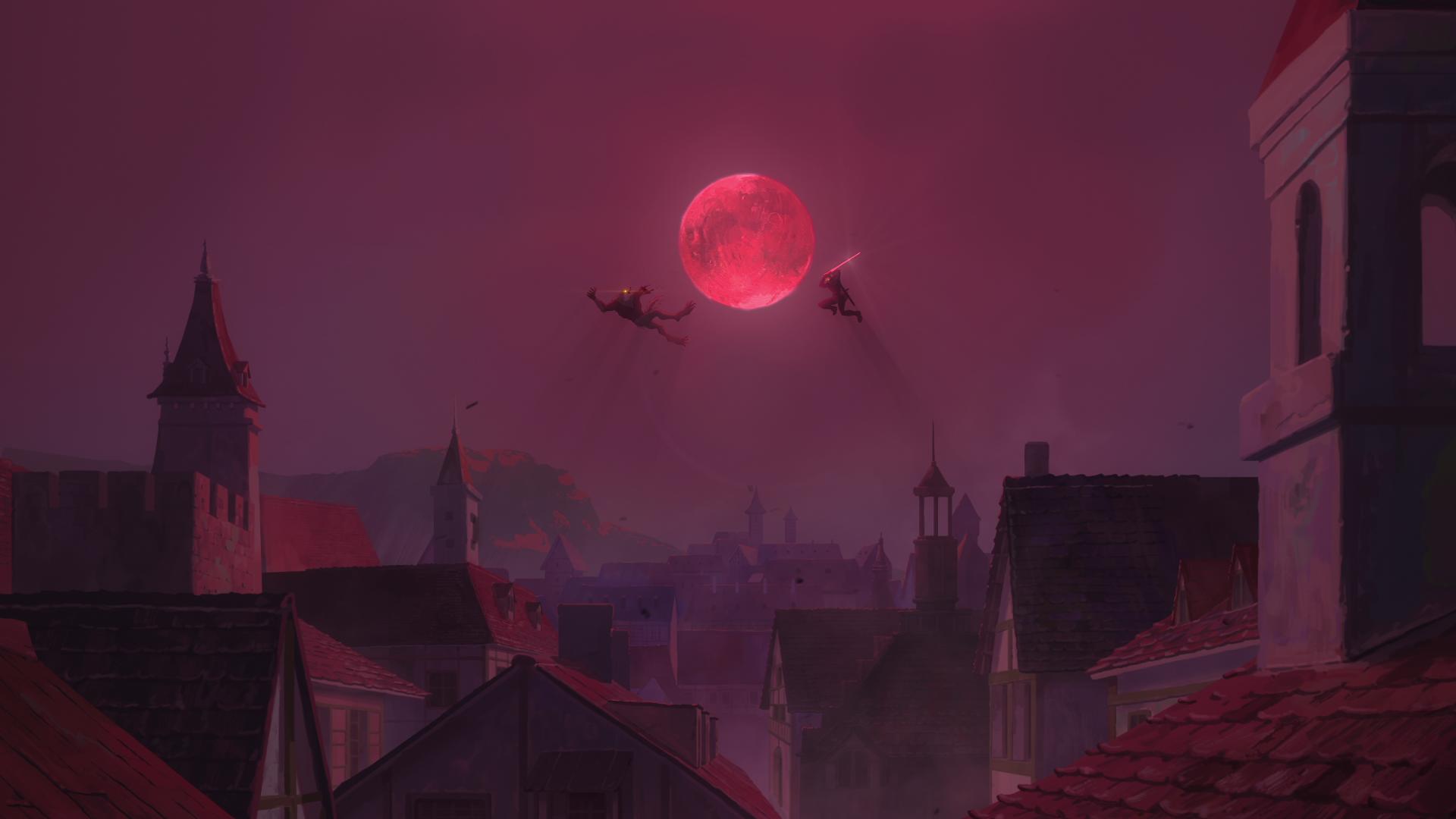 Though The Witcher stories were originally written by a Polish author, the series has resonated all over the world and can serve as a platform to represent different cultures which they plan to explore more as the The Witcher world expands.

The main story for Nightmare of the Wolf is inspired by the history of Kaer Mohren, the mountain stronghold and guild where witchers used to train under the School of the Wolf. While its history is mentioned in the books, the team gave their own interpretation to the different sides of the conflict.

According to the showrunner, while the Witcher live-action series sticks mainly to the books with some creative license, Nightmare of the Wolf takes familiar characters and expands their lives to provide a “different flavor” to the other productions. 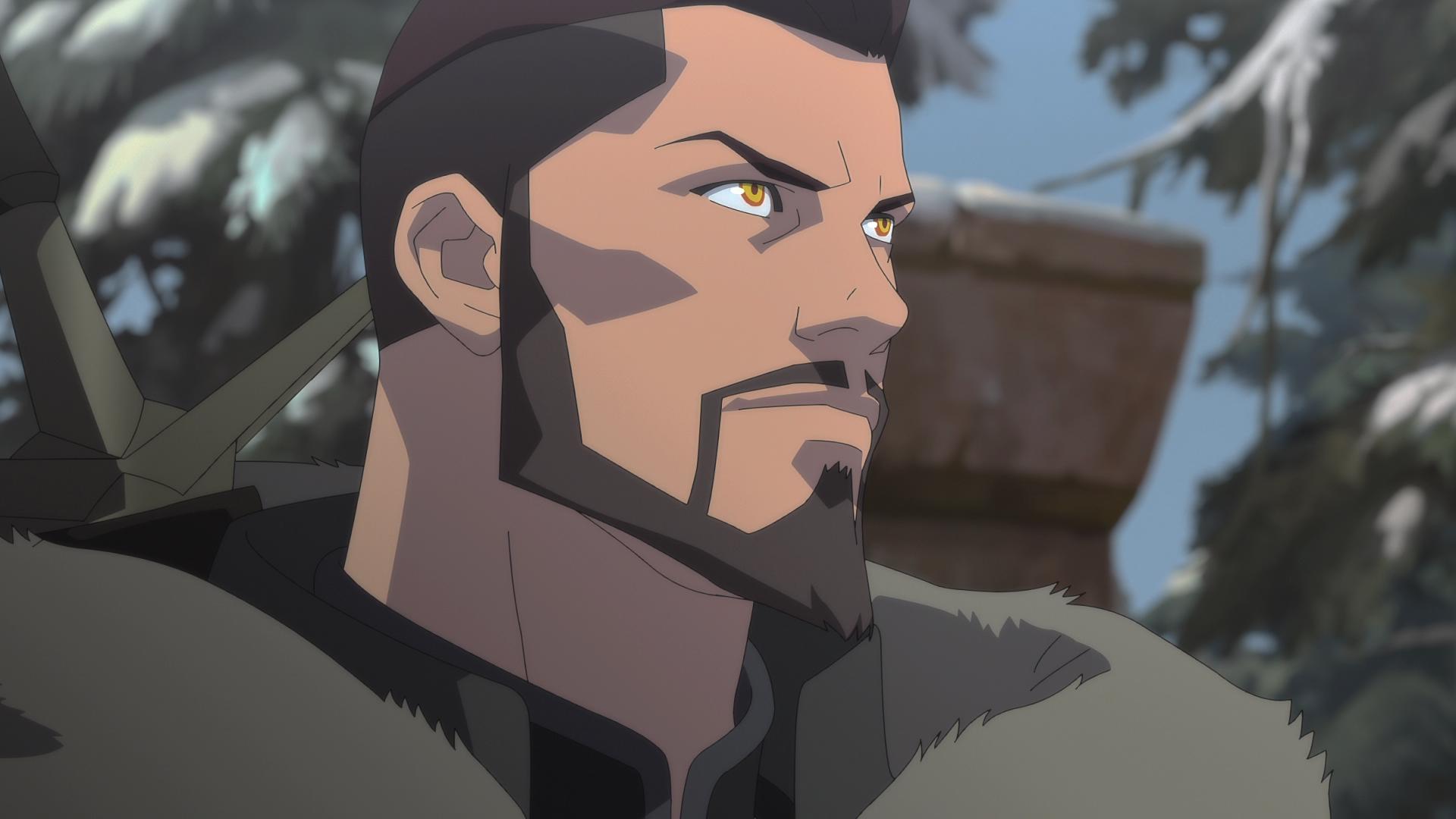 “When it comes to Nightmare of the Wolf or Blood Origin, the upcoming spin-off, to me it’s about telling parts of the story that we’re not going to be able to tell in the main mothership,” said Hissrich.

The Witcher: Blood Origin (starring Michelle Yeoh) will offer a completely new story set within the Witcher universe but with brand new characters that aren’t represented in the books or the games.

The Witcher prequel series 'Blood Origin' in the works

Hissrich said the decision to tell the story of Nightmare of the Wolf in an anime format as a film and not as a series or live-action was deliberate.

“I knew this was a story we couldn’t properly tell in live-action. When you’re creating a live-action show, you have to, as a resportible filmmaker, constantly be paying attention to casting, location, schedule and budget,” she said.

“It’s my first experience in animation at all, and it was such a great experience because I could just let my imagination go. Honestly, I felt like I was being a writer and storyteller—more like a kid—who didn’t have a lot of adult pressures and boundaries put on me,” said Hissrich of the experience.

The showrunner credits Studio Mir for forcing her team to push the envelope in terms of storytelling in the expanded Witcher world.

While the anime was impacted less by the pandemic than the live-action show, the long production period did give them more time to perfect their work and enjoy the process more. 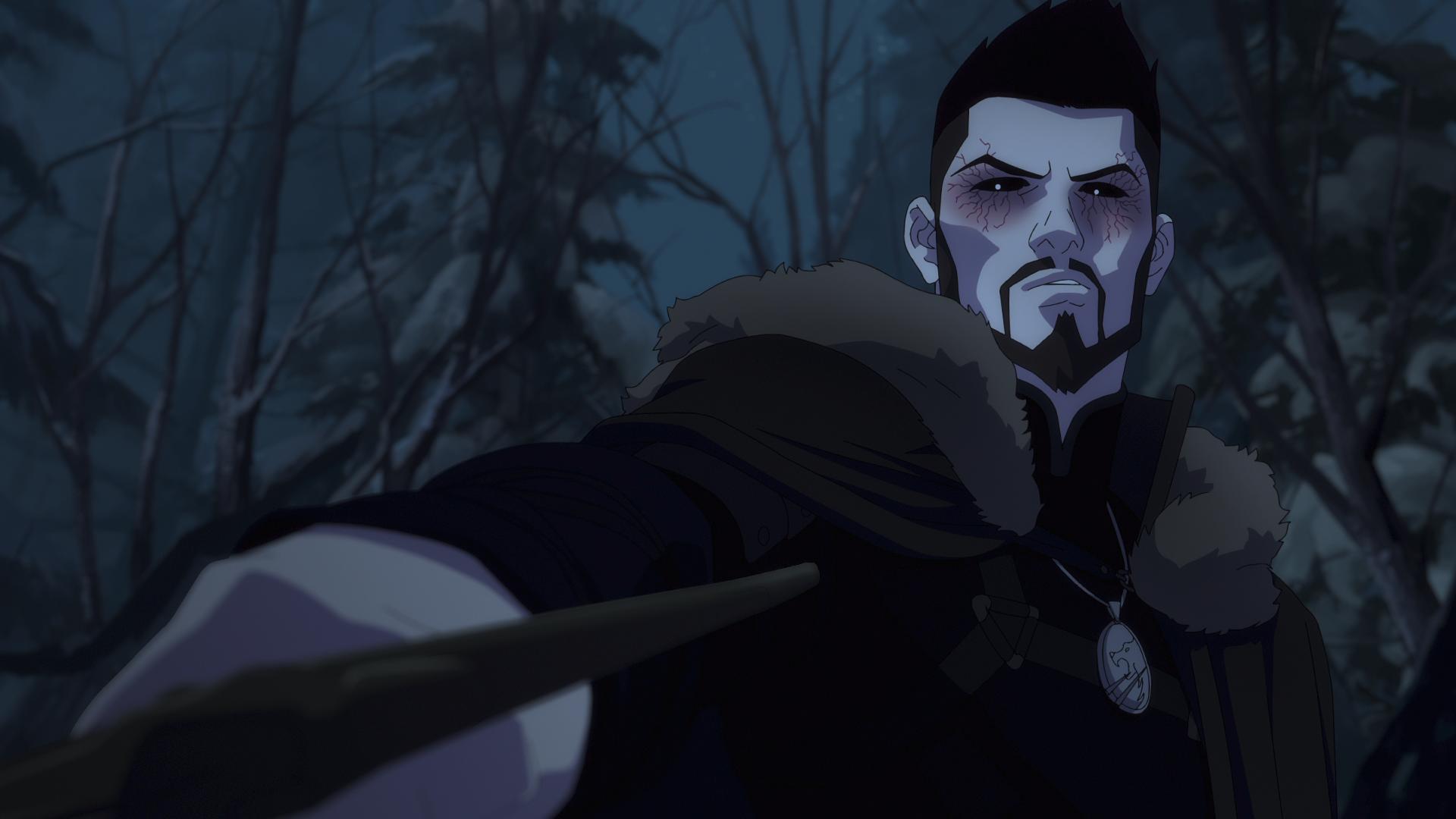 “Animation takes a very long time to do really well. For both the live action show and the anime side—it gives us a little more time to reflect on story and to make sure we were telling the absolute right story and we were doing it in the best possible way.”

Acknowledging the many anime series streaming on Netflix, which she would watch with her kids every night for several months at a time, Hissrich said there was something cinematic about watching a complete story told in the length of a feature film.

Why should you watch The Witcher: Nightmare of the Wolf?

Wether or not you’re familiar with the adventures of Geralt of Rivia, The Witcher: Nightmare of the Wolf is a great stand-alone animated film that anybody can watch.

And while it’s not requred viewing for fans of the live-action series, the showrunner promises that the film does provide a little extra color and hints of things to come in season 2.

“If you watch Nightmare of the Wolf, you will be rewarded in spades in season 2 because there is a lot that we’re planting… in the history of Kaer Mohren, in Deglan and Vesemir’s relationship... there’s so many things we’re planting in that history that will then come back in season 2.”

Be sure to catch The Witcher: Nightmare of the Wolf when it premieres on August 23 on Netflix. The Witcher season 2 is set to premiere on December 17.