Relax. You can read this review sans spoilers.

From the looks of it, this new series, screened on its first episode at an exclusive premier by HBO Asia last July 20, has two things going for it.

Their secrets are coming out of the shAdows.

One, that it drinks straight from the pure strain of the original Pretty Little Liars series created by I. Marlene King (based on the YA series by Sara Shepard). A show that was a hit because of its combo of teen murder thriller and strongly plausible yet still complex storylines unraveling through the seasons.

And two, that it’s intensely self-aware of its own genre constraints, tropes, and humor. 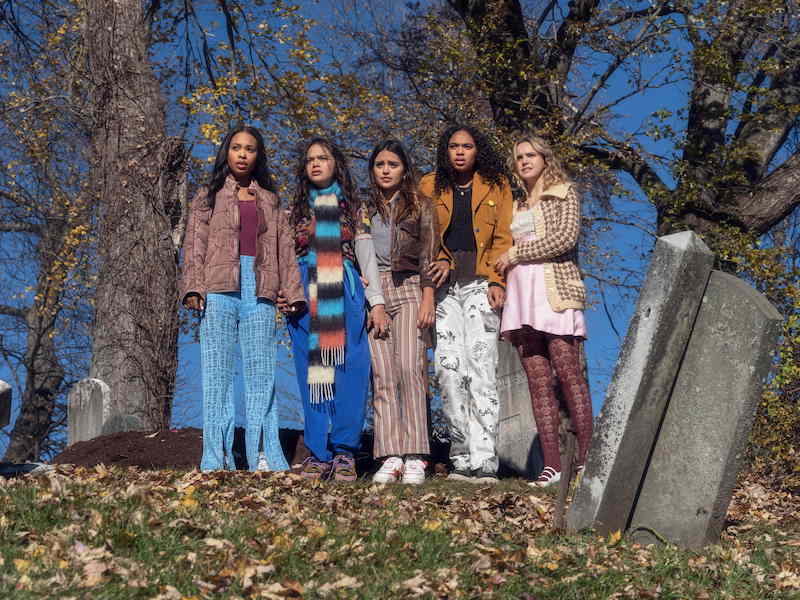 The first is only made possible because most—if not arguably all—of the spin-offs that came after the original PLL were laughably short of the high benchmark that it set. All three of the other series that came after, or before, or to someone else in another town that was not Rosewood, fell in a matter of a single season, no longer to be seen or renewed again by studio execs.

The second point is emphasized early on mainly through the character of Tabby Haworthe (played by Chandler Kinney of Battlefield America), the high school’s resident horror film fanatic who knows her Jordan Peele from her George Romero and isn’t afraid to let her film professor know that his list of approved movies for class doesn’t have a single woman director or person of color in it. She also organizes a screening of a certain horror director’s double horror feature for her fellow students at the theater where she works—for which anyone who delights in dark celluloid will love her for.

PLL: Original Sins is the fourth television series in the franchise. Why HBO has put its faith in this new spinoff is squarely on the shoulders of showrunners Roberto Aguirre-Sacasa and Lindsay Calhoon Bring. The former will be familiar to folks who’ve seen Riverdale and The Chilling Adventures of Sabrina, both fine examples of YA book-to-screen adaptations that are still demographically de rigeur teen cool, yet doesn’t treat its audience as simply walking bone bags of hormones and lizard brains. CAOS was a legit fusion of teen angst and daubs of cosmic horror. I thoroughly enjoyed it. And Bring was formerly a writer on the CAOS show under Sacasa’s wing. So, super good on paper, those two. 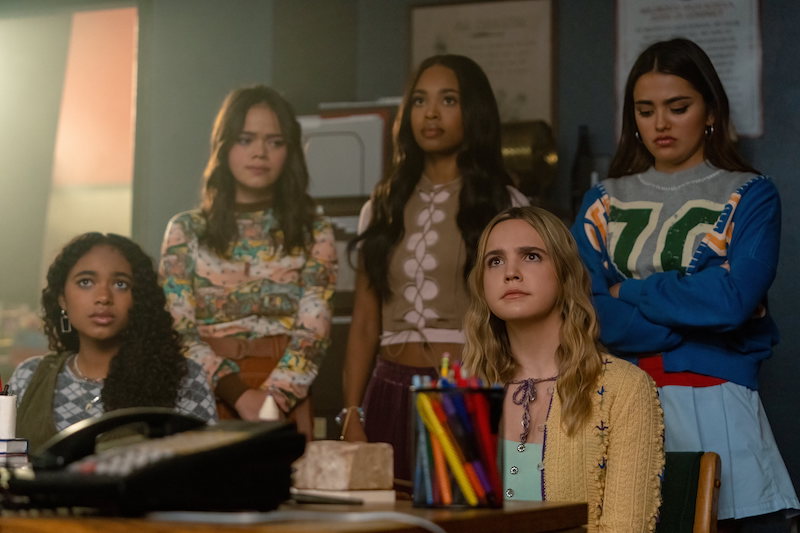 This new series follows the same formula and the same world of continuity as the first PLL. Except it’s 20 years later and the town is Millwood. The lives of a new group of teenage girls are turned upside down when they begin receiving SMS texts from a mysterious assailant who sings off as "A."

In the early aughts (yeah, this is a period show) a girl named Angela Waters jumps off the rafters of Millwood High during a school dance. A girl gang of five witness the fall in danger close proximity, blood on their glitzy dresses and under their heels. These are the parents of the new Liars. Somehow they are involved in the Waters suicide.

The unknown A is making the teens pay for what their parents did. What that is and how they are involved in this generational vengeance scheme is something to be revealed through the season.

Fast forward to the present day and Imogen (Bailee Madison) is a very preggers teen mom who finds out that a classmate has died. Looks like said classmate offed herself in a very similar fashion as the one committed by Angela Waters 20 years back, during her parent’s dance in the same school. 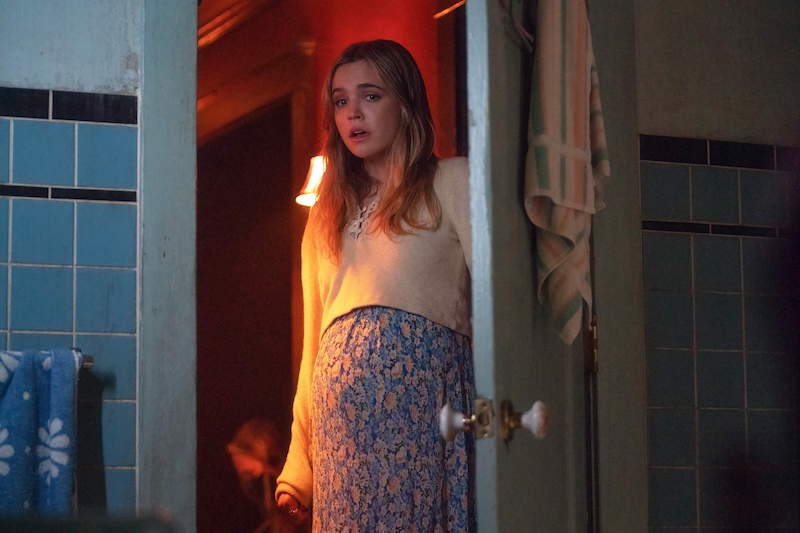 Imogen has just had a falling out with school queen bee and blonder than blonde bully Karen Beasley (played by Mallory Bechtel who aptly enough, also plays  twin sister Kelly as every hallway bully should also have a genetic clone) and when the still-mourning Imogen and her new BFF Tabby come to school to reluctantly take on the unwelcome rah-rah vibes of Spirit Week, Karen whispers to Imogen: “Nobody wants your pregnant, tragic ass here.

Am sure that’ll be a very interesting subject to tackle and how—teen pregnancy, that, especially following the overturn of Roe V. Wade. But other than the Spirit Queen wannabe Karen’s casual Hail Hydraq-esque insult, episode one only teases with Imogen’s sordid, scandalous history.

Imogen, Tabby, Faran (Zaria), Noa (Maia Reficco,) and Mouse (Malia Pyles) are the new final girls of this new generation of Liars, thrown together seemingly by circumstance. Their lives are upturned or given the heebie jeebies and right after, an ominous message from A appears as an unknown number on their very aughts flip phones: “One down, five to go.” 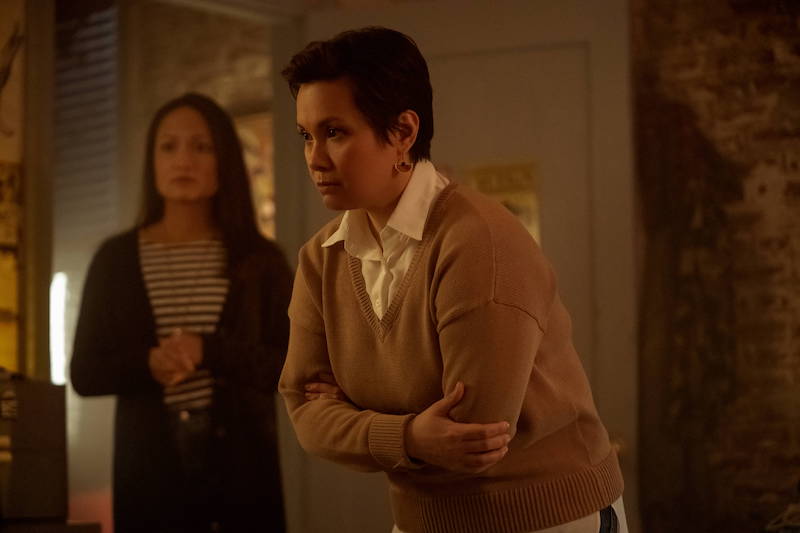 There’s some Pinoy pride drum beating in the works here too since Lea Salonga (who plays Elodie), along with Malia Pyles (Memoria) and Sharon Leal (Dreamgirls) are of Filipino descent. Elodie is the mother of Mouse (Malia Pyles) and the Tony award-winner made an appearance at the first episode’s screening claiming that “Once I started really getting to know [Elodie] by working on the show and reading the script is that, oh my God, it was my mother. I have so much of my mother to pull from, to create this character, but it also made it really easy, then I could really focus on to forming a relationship with Malia [Pyles].” The Pinoy angle remains to be seen and I didn’t see any of it in the first episode other than Elodie going into Mouse’s room for a quick, solicitous convo between mom and daughter.

What does look promising and deservedly so in PLL: Original Sin are the atmosphere and tone. There’s plenty to be said about how a horror show can take itself too seriously that it gives way to nurturing its own laughable environment. Veer too far the other way and the whole thing collapses under its own weight of trope jokes, clockwork demons, and empty jump scares. 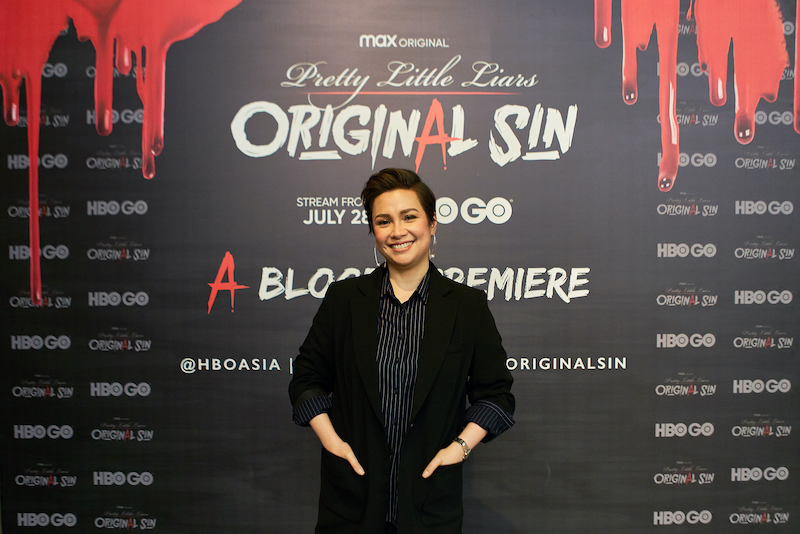 What I saw in the first episode are Roberto Aguirre-Sacasa and Lindsay Calhoon Bring bringing what they did to both Riverdale and CAOS (but more the latter) to the table of HBO where gore and profanity are open season, except they do it with nuance and skill. Just enough blood for a mystery thriller, not too much hemoglobin to become a slasher grossfest. Being versed in the slashie tradition from Texas Chainsaw Massacre to Scream and beyond is something that is hard to fake and the Easter Eggs that already lie strewn in the first episode are plenty for those in the know. They do it out of love, here, I suspect. And a knowing wink to fellow jabberwocks.

I look forward to the misadventures of the new gen of Liars, what exquisite suffering A has in store for the girl gang of Imogen, Tabby, Faran, Noa, and Mouse. A new set of final girls is always welcome in this town of Millwood. Or any hell.