Gaming has always been a common hobby for people all over the Philippines — pandemic or not. But with the country becoming the seventh nation that tweets most about gaming, it is safe to say that a lot of Filipinos have discovered their love for the activity this year.

According to Twitter's global gaming conversation insights for the first half of 2022, the social media network has fetched approximately 1.5 billion tweets related to game releases and global gaming events, among other related topics,

The report, released on July 12, states that apart from the Philippines, other Asian countries that made it to the top 10 nations tweeting most about gaming are Japan (#1), South Korea (#3), Thailand (#4), and Indonesia (#5). 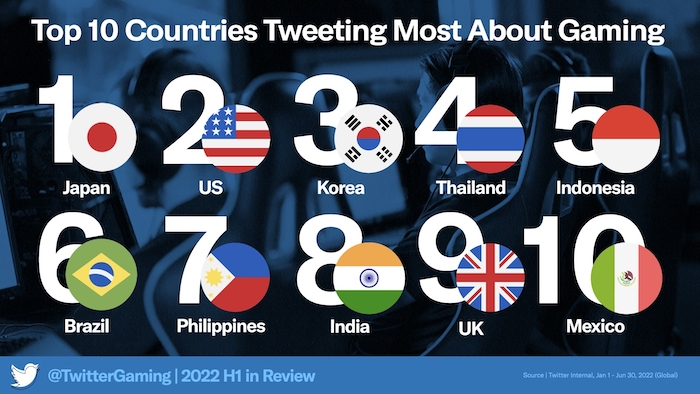 Meanwhile, Genshin Impact remained at the top of the chart of the most tweeted game in the first half of 2022, overtaking Wordle at the second spot and Ensemble Stars in third place. Final Fantasy and Project SEKAI came in fourth and fifth. 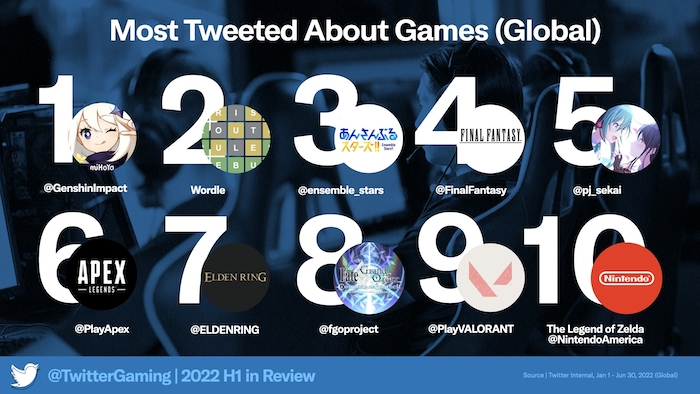 In addition to the release dates of new games, gamers continuously log in to Twitter and discuss with other players from different parts of the world about the latest esports events such as VALORANT Champions Tour, Professional Gamers League Counter-Strike: Global Offensive, and Call of Duty League

Some global gaming events were also seen to be highlighted by gamers as they debate over Playstation’s State of Play, Xbox Showcase, and Summer Game Fest.