We should always remember that the world has a multitude of identities, and everyone is different. While we should welcome those who are lesbian, gay, transgender, queer, intersex, asexual, and those questioning their gender and sexual identity throughout the whole year, it is also a good idea to honor them whenever we can.

This is a list of some komiks that will help you get to know LGBTQ better, especially in their joys, not always in their sorrows. It is wonderful to celebrate life and love with them, toward a world of better understanding.

(Click on the titles to go to their page. Some titles already given in earlier articles have not been repeated. They are still highly recommended, though, they could still be found as published books or online. There are also titles that were not available yet, as of this writing, that were not included.) 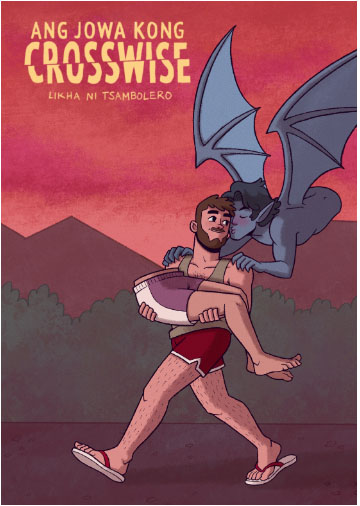 Popular both on Twitter and Penlab are the daily adventures of boyfriends who live together, but one of them is a manananggal. Really. It does have sexual moments, but it’s also hilarious about how they manage to handle and accommodate the manananggal situation as partners.

The days in the life of a tricycle driver, a security guard, and their daughter cat. It’s fun and sweet in general, sometimes addressing bigotry or poverty concerns.

A young gay man is still learning the ropes of the dating apps, and getting used to being accepted for who he is. It is surprisingly sweet, and shows many of the concerns of still making sense of an identity. 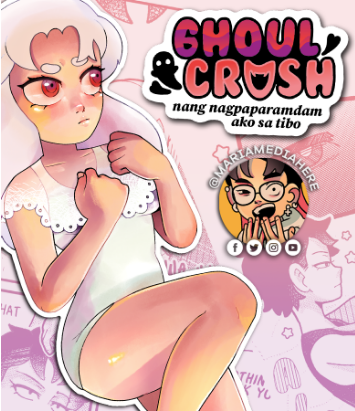 A young lady ghost has been haunting a studio apartment and driving away potential male tenants. But when a young woman rents the space, and is not spooked at all, not only does the ghost feel she has met her match, but she may also have feelings for this tenant. Also find Devil Plays Idol!

A senior high school student has a nightmare about a manananggal. But soon after, the manananggal in her dream manifests as a new classmate. Anna now doesn’t know if Agatha has a crush on her, or wants something more primal. Be strongly advised that this is a horror title and has nudity in some points.

Baste is a human with a third eye. His boyfriend Anton is a confidently gay tall engkanto. Fun, adorable and sometimes silly moments ensue. Also stay for the ligawan between an albularyo and a taho vendor. 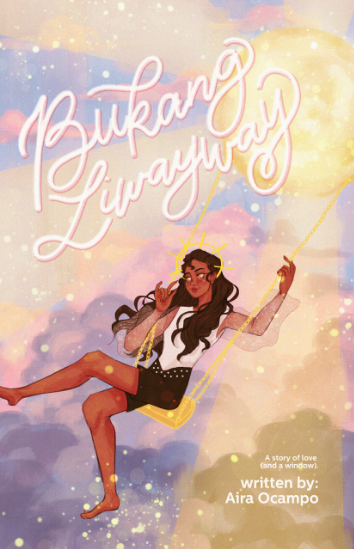 Hanan, goddess of the morning, falls for Sila an ordinary human who may have darkness in her life. But Hanan really wants to make it work. This is a full-color one-shot, dealing with mental health issues with grace and understanding.

An anthology from a few years ago, but still one of the better recent compilations dealing with the various thoughts and concerns around sexuality.

Though discontinued, this is the story of a shy girl who falls headlong into a crush with another school’s debate club champion. It’s an acknowledgment of such feelings at that age and the confusing but true feelings that come with it. 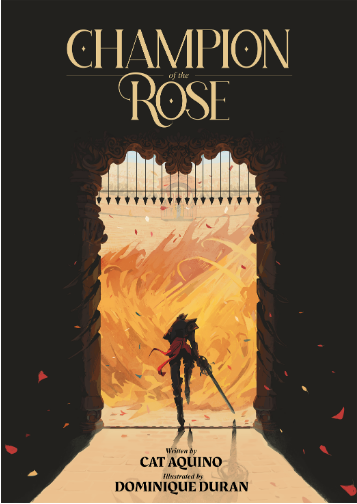 Currently a preview of a future graphic novel, it promises the story of a trans swordsman offered his freedom if he fights on behalf of a princess in a grand tournament.

After All This Time (BAPOGICHI) (PG)

Tommy, a lesbian, runs into a former ex, who now identifies as trans. Honestly, that’s not a problem with Tommy, not at all. But what does that mean in the future for their friendship, maybe more?

A singer meets with Death but makes an unusual bargain, in order to be true to oneself as trans.

That Dress Looks Nice on You, Too (7CLUBS) (PG) 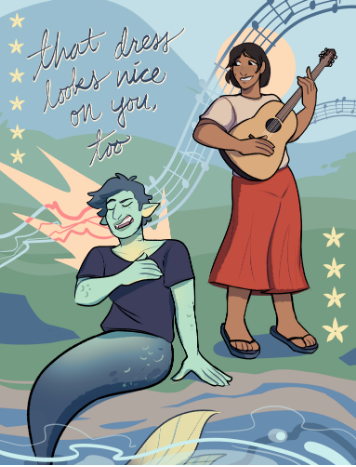 In an adorable one-shot, a human has a relationship with a sirena, but the sirena feels locked in that identity and wants to be someone else instead, while still loving that human.

It Started With A Letter (HaroArt) (PG to SPG)

Shinichi is a champion swimmer but remains unnoticed by almost everyone and has no luck with trying to win girls. But Shii made a mistake with a love letter, and finds himself the boyfriend of famous model and actor Yao Tzu. The story does address some of the bigotry around people discovering someone may be gay, and does present some internalized homophobia.

We hope this list gives you great reads over the month when being true to oneself should be celebrated, gives you insight into their lives, and gives you a will to help them in their struggles.

Finally, we hope this shows you the many kinds of stories komiks and komikeros can give, while also honoring LGBTQ+ lives.

(Images copyright of their respective owners)

TAGS: talking komiks Penlab Point Ma’am! Ghoul Crush Ang Jowa Kong Crosswise Dandampas Juandr Comics Ang Manananggal Ako at ang Engkanto Bukang Liwayway Akit: A zine on sexuality Champion of the Rose After All This Time Eurydice’s Lament That Dress Looks Nice on You Too It Started With A Letter