Since its debut in 2004 as a spin-off of Blizzard Entertainment's Warcraft series of real-time strategy titles, highly acclaimed massively multiplayer online role playing game (MMORPG) World of Warcraft has exploded in popularity with millions of players across the globe.

Over the years, the game has spawned several expansions, namely The Burning Crusade, Wrath of the Lich King, Cataclysm, Mists of Pandaria, Warlords of Draenor, Legion, and Battle for Azeroth.

This week, World of Warcraft – also known as WoW – celebrated its 16-year anniversary with the launch of the game's eighth expansion, Shadowlands.

The Shadowlands was an oft-mentioned, but previously never explored part of WoW lore, until now. It is described by the game developers as "the world beyond the mortal realm, where Azeroth’s souls discover new purpose: to ascend, to atone, to be reborn, to wage everlasting war or suffer an eternity of torment."

In World of Warcraft: Shadowlands, the heroes of the Horde and the Alliance will come face-to-face with the mysteries of death as they journey through the next world’s wondrous realms. Along the way, they’ll forge a fate-changing pact with one of the Shadowlands’ four ruling Covenants, drawing upon their otherworldly power to confront the forces of the Jailer, the malevolent entity who holds dominion over the hopeless depths of the Maw. Players’ resolve will be tested as they seek to reclaim lost souls from the Jailer’s watchful eye and venture into the labyrinthine corridors of Torghast, Tower of the Damned, where long-imprisoned horrors – and legendary rewards – await.

“Shadowlands takes WoW players to a part of the Warcraft universe they’ve never set foot in before, and gives them opportunities to shape their characters’ destinies in completely new ways,” said J. Allen Brack, president of Blizzard Entertainment. “Whether they’re exploring every facet of their chosen Covenant or creating their own legendary gear in the Tower of the Damned, we’re excited for players to discover the experiences waiting for them on the other side.”

"(With) Shadowlands, we’re introducing you to a place that we’ve heard very little about in any World of Warcraft lore," said John Hight, WoW executive producer at Blizzard. "There’s a map and a little bit mention of it in our Chronicles books, but very little else is known."

Keeping the game fresh for old and returning players, as well as giving new ones a chance to catch up and be familiar with WoW's game systems, was a challenge that the development team saw as an opportunity to grow the story of Shadowlands.

"The thing that’s actually one of our biggest advantages, and something that we always love to tackle when developing a new expansion such as the Shadowland is, often, the theme and fantasy and the story we’re really trying to tell really inspires everything that we do – from a lot of our systems design to 'what are we doing at max level?', 'What’s the cool, new content there?' as well as the dungeon and Raid contents," said Morgan Day, lead game designer for WoW at Blizzard. 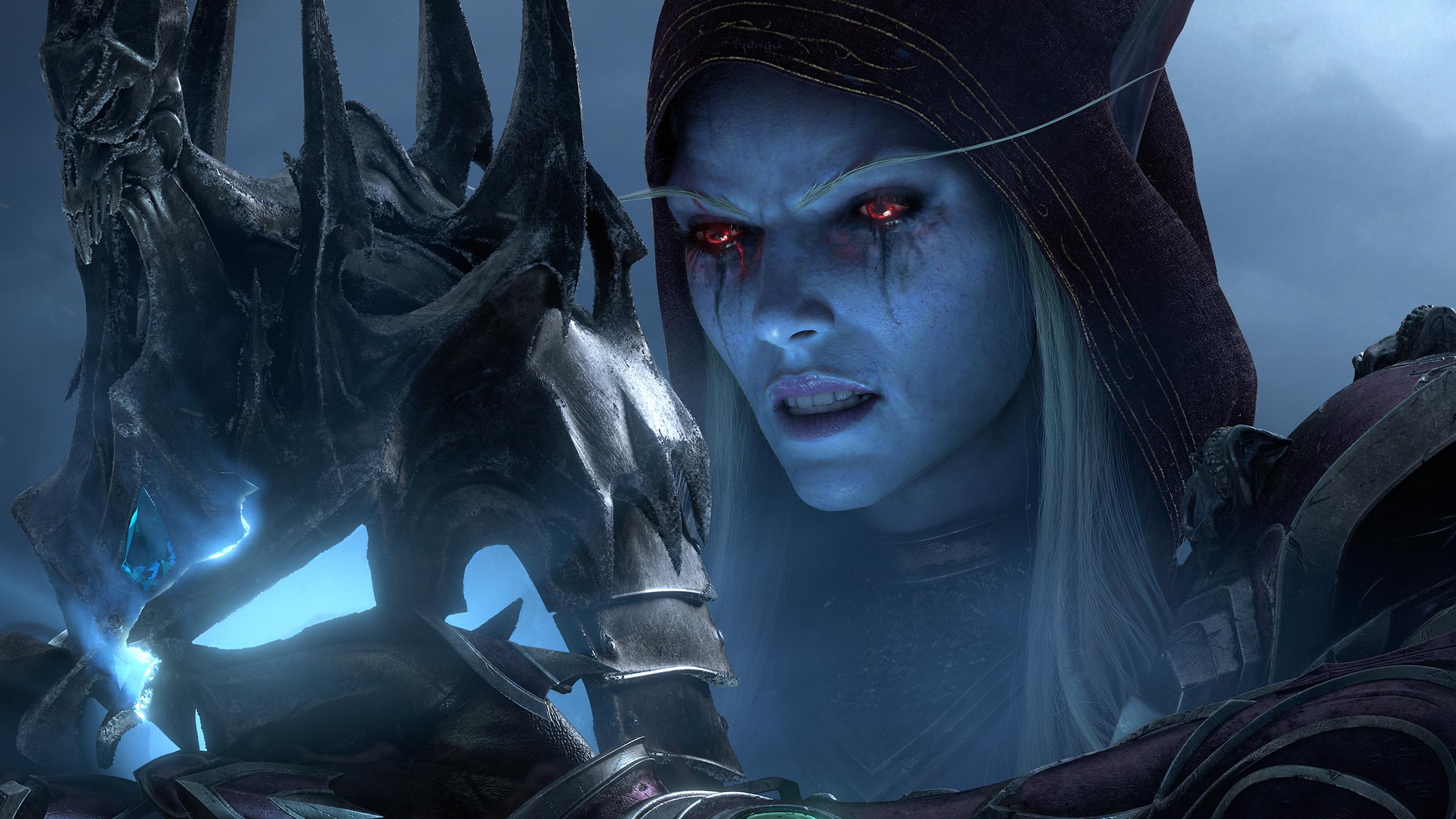 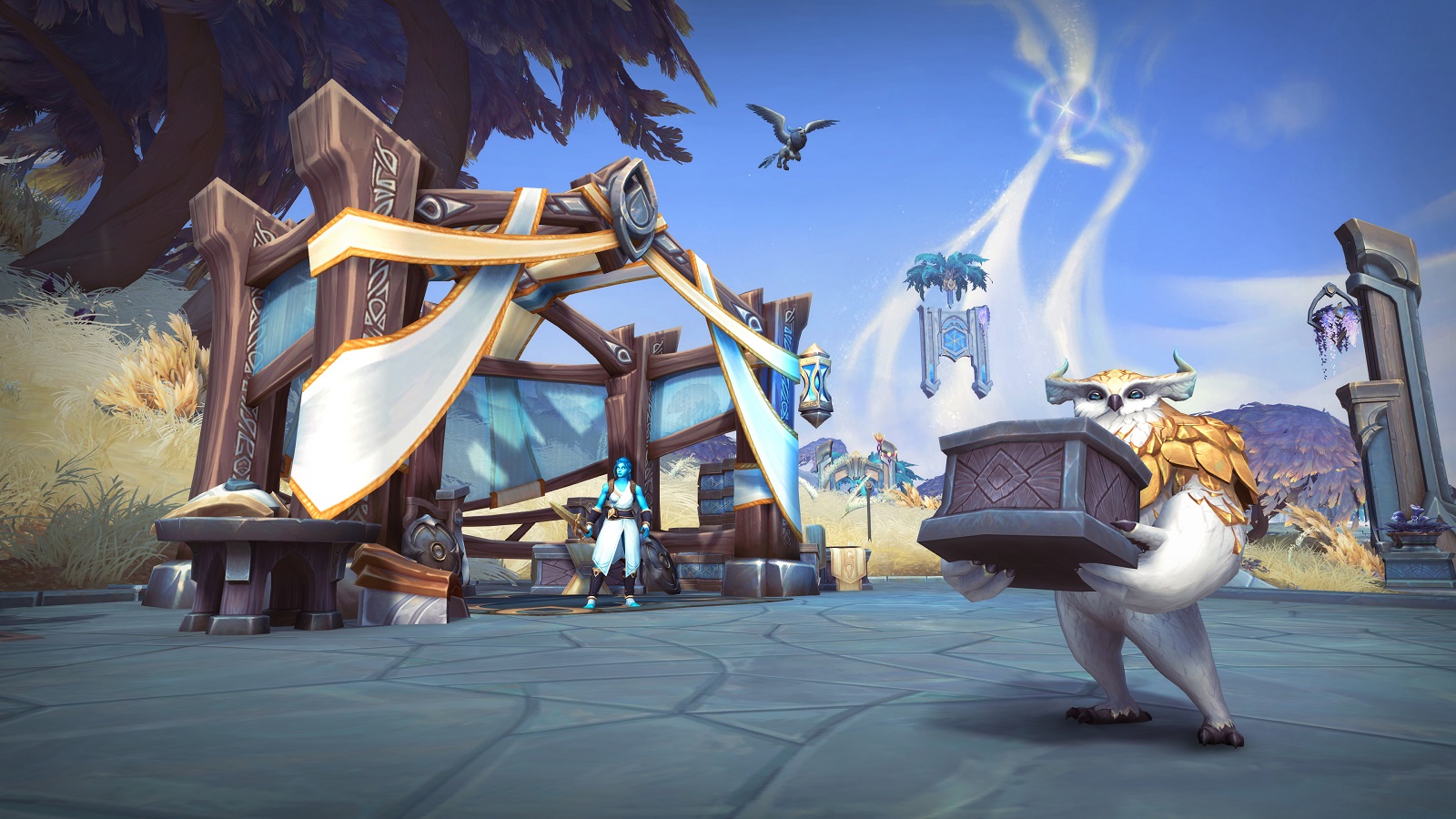 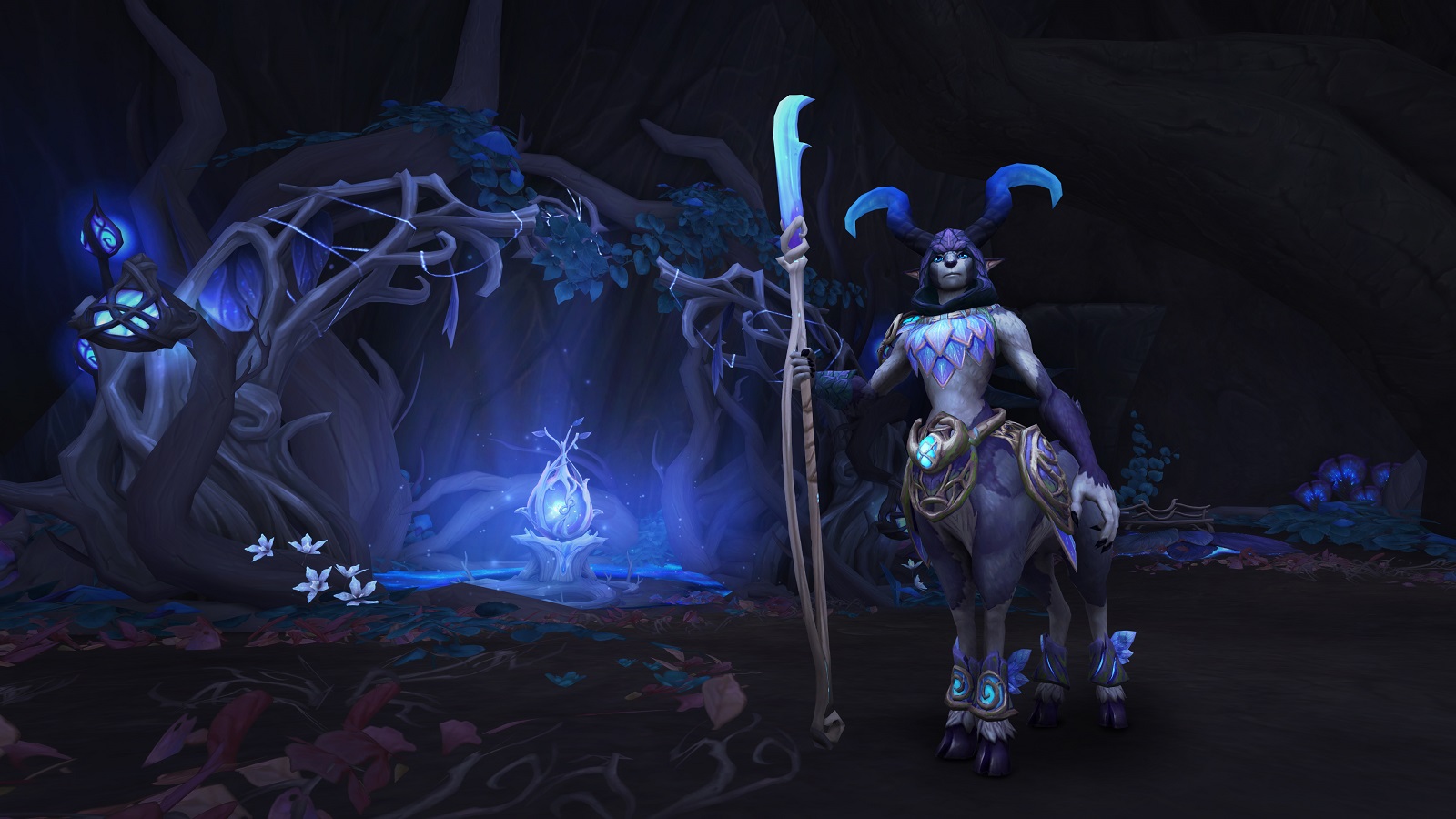 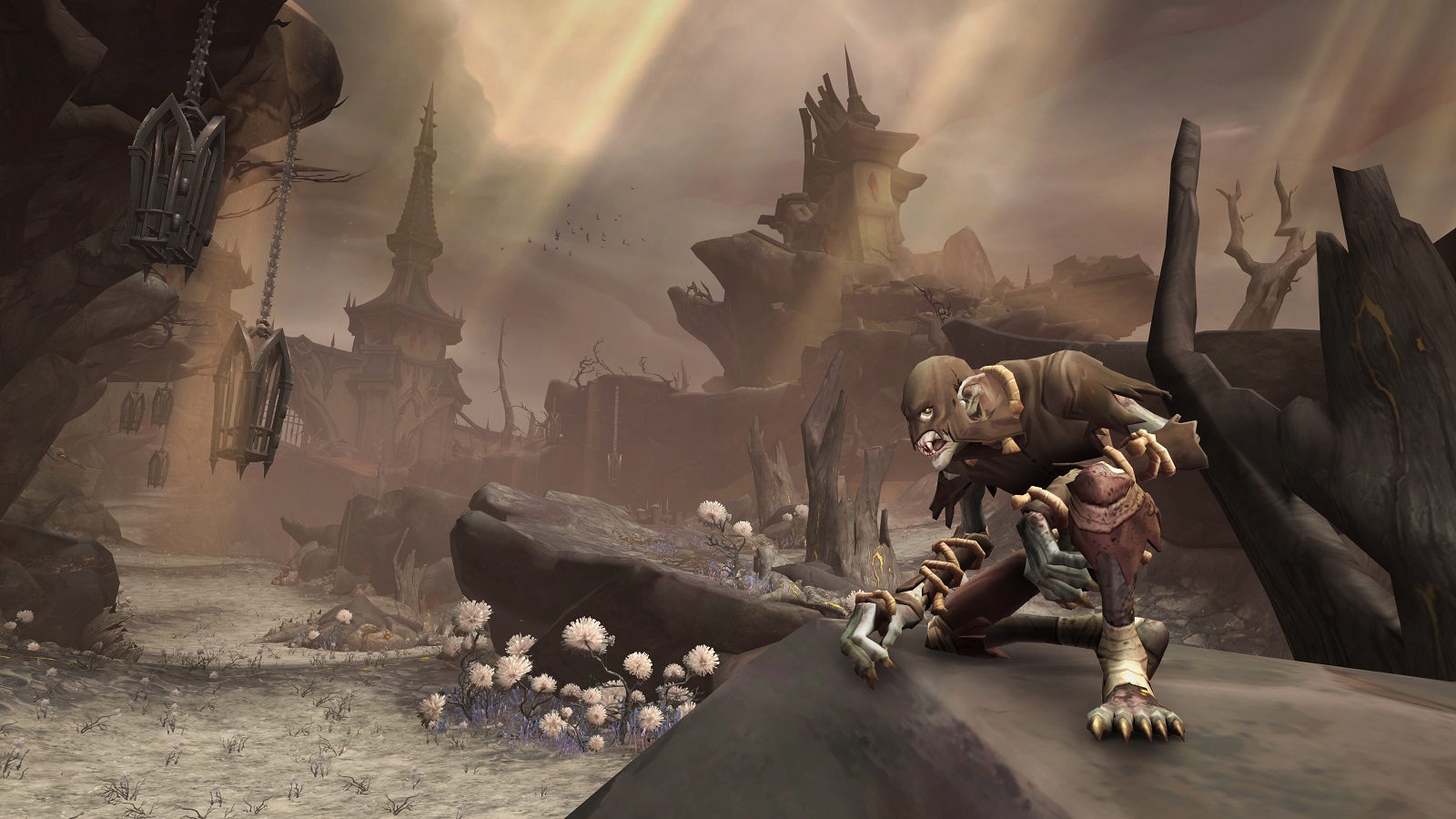 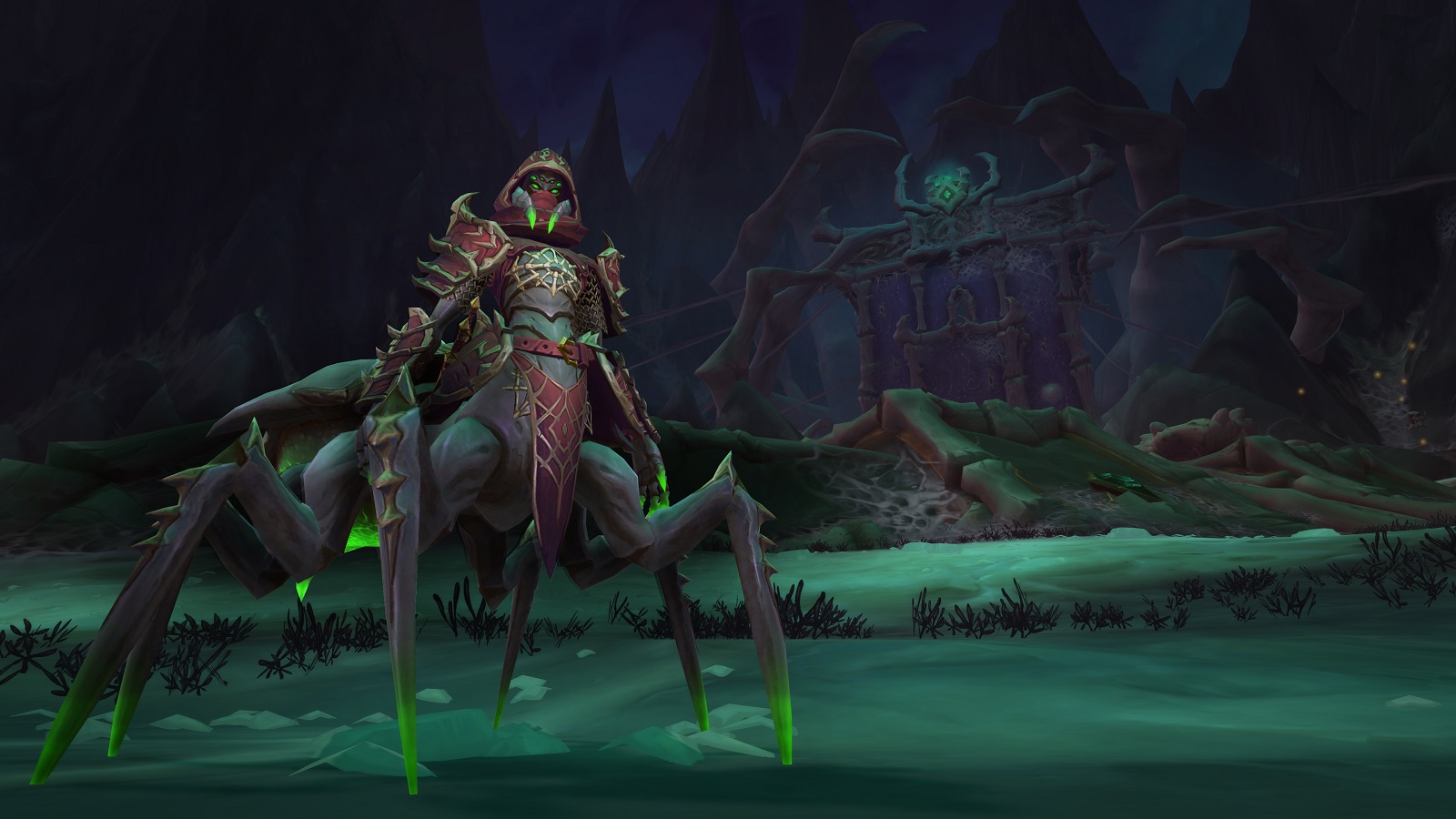 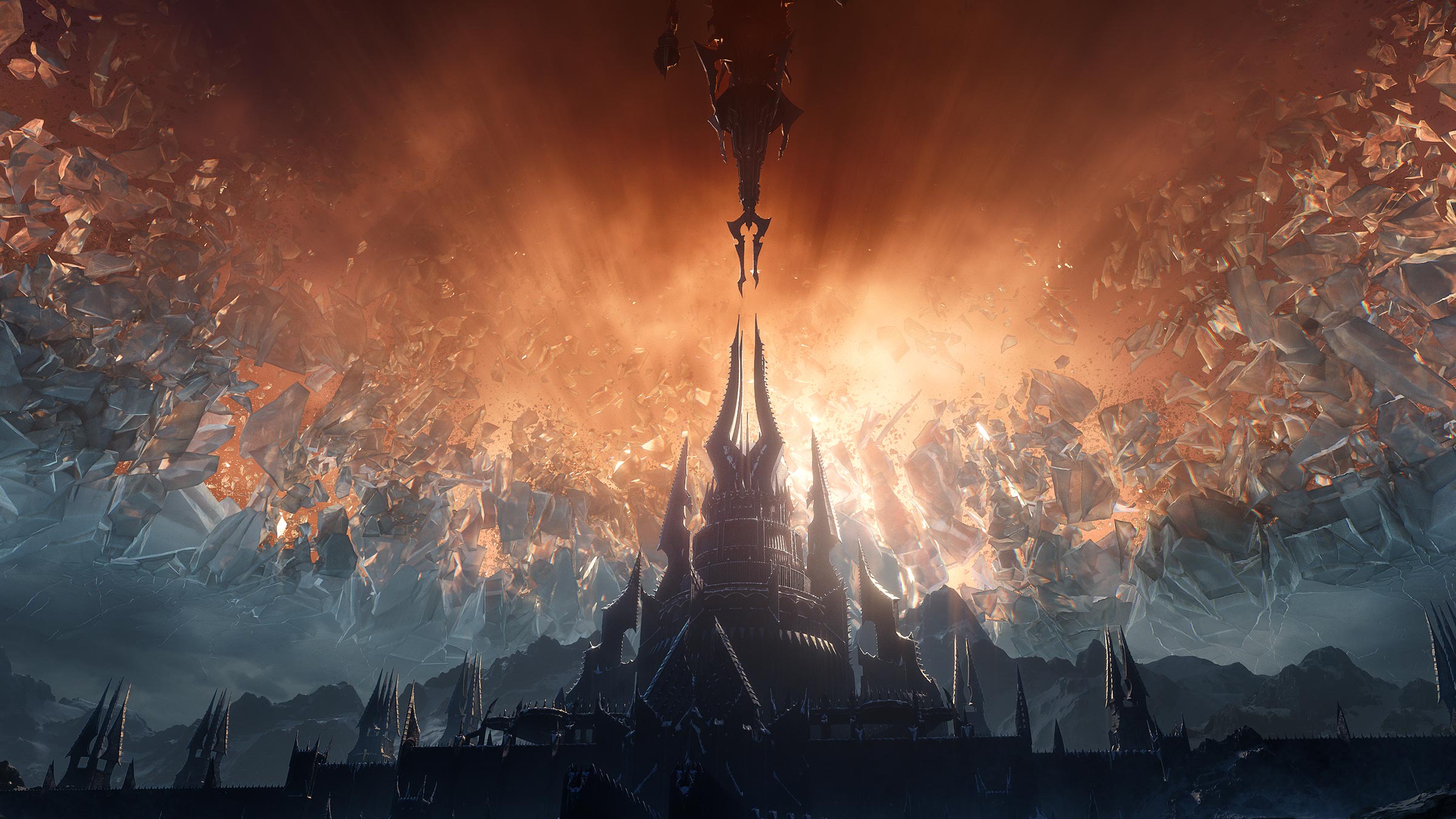 Cross over into the Shadowlands.

Cross over into the Shadowlands.

Updates which followed Shadowlands’ launch were made to make it easier than ever for new and returning players to jump in and play immediately. One big example is on the island of Exile’s Reach, where new players can engage in an introductory adventure that teaches them the ins and outs of becoming a champion of Azeroth, which includes quests that allows for the familiarization of the the abilities of their chosen class, as well as a two-boss mini-dungeon that imparts the basics of group-based play.

Once new players leave the island, they’ll be able to continue straight into the game’s most recent expansion, Battle for Azeroth, where they can progress up to level 50 in preparation for entering the Shadowlands.

As with previous expansions, players who want one of their new or lower-level characters to be ready to cross death’s threshold immediately can use a Shadowlands­-level Character Boost, included with the Heroic and Epic Editions of the expansion, or available as a standalone purchase.

World of Warcraft: Shadowlands is loaded with content and features that give players whole-new ways to discover and shape their characters’ destinies:

Players who wish to journey into the Shadowlands today can purchase the expansion for Windows and Mac PCs now at www.worldofwarcraft.com. World of Warcraft: Shadowlands is available in a range of editions to suit players’ interests, including:

"I think we’ve been able to continuously update and evolve our game over 16 years," said Hight. "We bring in cultural touchpoints. With Shadowlands, we allow you to have a lot more choice to, hopefully, better reflect either who you are or who you want to be when you get into Azeroth."

"I feel like one of the things that makes WoW truly unique… there’s such a breadth of content," said Day. "There is something that feels like for everyone within World of Warcraft. There’s so many cool new things, whether it’s things that haven’t been around for a while like our dungeons and Raids. There’s Mythic plus, PvP, Raided PvP, pet battles… We always look to have something for anyone to engage with and enjoy within World of Warcraft."

More information can be found at the World of Warcraft: Shadowlands website.