Julien Baker is a singer, a multi-instrumentalist, and a sad song connoisseur who makes tracks perfect for midnight contemplation and crying. While most of us were crumbling through our 2020 existential crisis, Julien was embracing the feeling of hopelessness like a longtime friend.

When I’m not secretly dancing to trendy TikTok music, I’m lying down in my emo bubble listening to sad and painful songs with lyrics that really hit me. My sad girl playlist usually includes Taylor Swift, Paramore and Phoebe Bridgers. Julien Baker is my latest addition to this lineup.

Her music is known for being stripped and bare with delicate sounds of a guitar or piano in the background to accompany her mellow vocals and intricate lyrics. It’s a soundtrack that comforts even if most of the songs are about heartbreak and hard times.

Right now, as a society, we’re not okay. If you feel like you’re struggling through financial, relationship, or mental health problems, you’re not alone. Sometimes, it’s okay to succumb to the sadness before you move on from it. Listening to a well-curated sad girl playlist is an incremental step in getting back on your feet again. 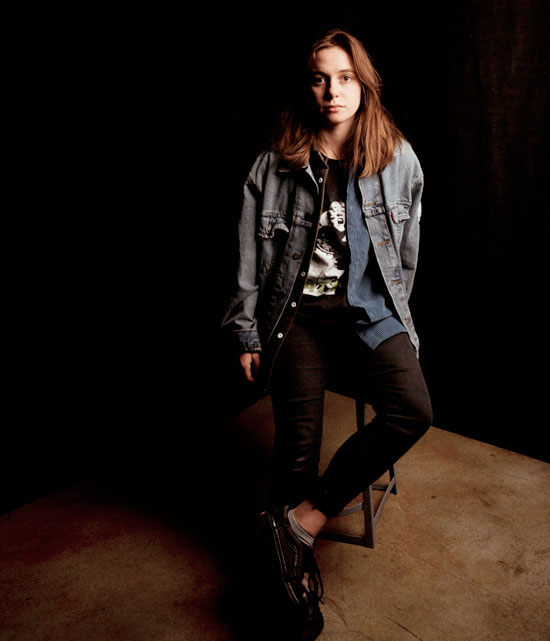 During these times, all we want is an escape. Julien’s music can be a shoulder to cry on because, for some reason, she knows how you feel. Her interpretations of pain and sadness are relatable pieces of art that assure you that your negative feelings are valid.

On Feb. 26, she’s dropping her third record, “Little Oblivions.” The artist describes the album as an “unflinching autobiography with assimilated experience and hard-won observations from the past few years.”

Young STAR had the opportunity to catch up with Julien Baker to talk about her new album, musical growth, surviving an existential crisis, and toxic positivity.

YOUNG STAR: What made you decide to make Faith Healer the lead single for your third album?

JULIEN BAKER: This song almost didn’t make it onto the record. It wasn’t a good song, but I liked the lyrics. It was one of those examples of a song that took a lot of extra work. I wanted it to be as good as it could be. After a while, the label wanted to make it a single, and I thought that was a good idea.

Compared to your earlier records, what’s new or different with “Little Oblivions”?

Well, there are drums on it for the first time; I had a lot of anxiety about sharing something new and different with people who have a preconceived notion of my music.

Whenever I look at artists that radically change their sound, what’s important to me is that they’re trying to become better artists instead of placating and stagnating, even if they do something that I don’t particularly like. As long as it’s genuine, I find myself enjoying the record or at least appreciating it.

Sometimes, as a fan, it’s a hit or miss when your favorite artists divert from their original theme or sound. But it can also be a sign of growth. Do you agree?

I recently played a show with Hayley Williams from Paramore. I’ve watched how that band has changed. I have such respect for them because even when they made decisions that seemed extreme, I ended up loving it. Like, unexpectedly.

I try to listen to artists like that. I’ll stick to an artist and watch them change. I never thought I’d like marimbas in a song, and then Paramore put out “After Laughter.” I guess I was wrong, and I do like marimbas. Always challenge yourself as a listener.

As someone whose songs are mostly broody, what are your thoughts on embracing sadness or the harms of toxic positivity?

As positive as I was trying to be, I think that with “Little Oblivions” I felt like I didn’t need to have a happy ending to this story. I could say and talk about the things that were bothering or scaring me about the world and myself in an honest way. That is enough.

Which song do you think will be a fan favorite? The song that you think most people would cry to sleep to?

The song that I thought was going to be a single but isn’t is Song in E. It’s just me and a piano. It’s one of the songs that has a special place in my heart.

You went back to finish school recently. For someone who received so much acclaim and success early in her life, what was it like to take a break? What was the decision process behind stepping away from it all for a moment?

I wanted to do something that wasn’t touring. I needed to work on myself and not move around all the time. It was important for me to go back and it was always in the back of my mind because I love school. It was nice to reevaluate myself as a person outside of music and remember why I love and chose music in the first place.

A lot of people in quarantine are facing a sort of existential crisis and questioning if what they’re doing is making a difference. How do you push through thoughts like that? Do you have any advice on finding the motivation to keep creating?

That’s a big question! I have grappled with that question for a long time before 2020, just in my own musical life. Brittany Howard has this lyric: “Every day, I have the opportunity to become that which I admire most in others.”

I love that lyric because there was a point for me in 2019 in which I’d done so many things wrong and made so many decisions that I (felt I) couldn’t possibly do any better. As cheesy as it sounds, it’s just a daily choice to do the next right thing and accomplish this incremental sense of being better.

Elton John’s ‘The Lockdown Sessions’: ‘I’m more excited about music than ever’