This time, the trailer features more than new footage and a glimpse of the storyline – it also signals the appearance of some new characters as well as the confirmed premiere date for the anime's return.

The two-minute trailer features the Stone Wars arc, where the conflict between genius boy Senku Ishigami's Kingdom of Science and Tsukasa Shishio's Empire of Might escalates into a full-blown battle.

On one side, Senku’s peace-loving gang embarks on an adventure to establish a scientifically-advanced civilization that can restore the petrified population of humanity as a whole. Opposing them are Tsukasa’s band of strong warriors whose goal is to build a society with a hierarchy based on physical might.

Also joining the two camps are three new characters that are sure to add flavor to the already exciting storyline. The new additions are:

The trio, alongside the rest of the cast, are also featured on a new key visual for the season. 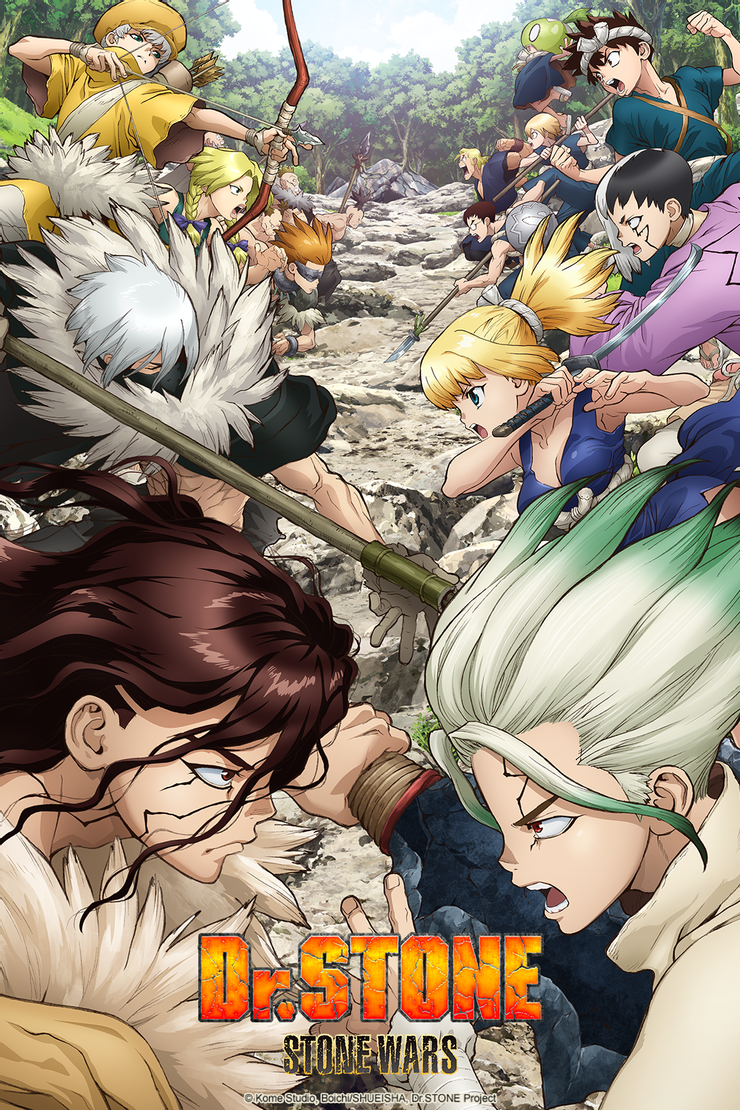 Last October, a special bonus episode of Dr. Stone from the Jump Special Anime Fiesta in Japan was released on the Crunchyroll YouTube channel. The special zero episode, titled Stone Wars Eve of the Battle Special Feature, recapped the events of Season 1 and gave viewers a sneak peek at the first episode of Season 2.

Watch the trailer below.