The 74th Annual Tony Awards is quite an interesting one this year. Aside from the ceremony being postponed indefinitely due to the COVID-19 pandemic, only a few theatre productions have a chance to get the prestigious award compared to its previous years. On October 15, the nominees for the theater industry’s highly respected awards event was announced.

Before we give you the official list of nominees, it is an important note that only productions that ran during the 2019-2020 season are qualified to have a nomination for this year’s Tony’s per category. With Broadway theatre on shutdown early this year due to the pandemic, this comes to no surprise why only a few titles were nominated.

Some expressed that it would have been better if the awarding and nominations were moved to next year, as it would be fair for those musical productions which only have limited or no theater runs so far due to the COVID-19 pandemic.

We will start with the nominees for Best Musical. Only three Broadway musicals were nominated: Jagged Little Pill (a musical with hit songs inspired by Alanis Morsette), Moulin Rouge! The Musical (the musical adaptation of the jukebox musical film of the same name), and Tina – The Tina Turner Musical.

The Best Play category has more nominees: Grand Horizons, The Inheritance, Sea Wall/A Life, Slave Play, and The Sound Inside

The Best Revival of a Play category had the same number of entries as the Best Musical: A Soldier’s Play, Betrayal, and Frankie and Johnny in the Clair de Lune.

The Best Original Score nominees are Christopher Nightingale for A Christmas Carol, Paul Englishby for The Inheritance, Lindsay Jones for Slave Play, Daniel Kluger for The Sound Inside, and Jason Michael Webb and Fitz Patton for The Rose Tattoo.

Best Direction of a Play nominees are David Cromer for The Sound Inside, Stephen Daldry for The Inheritance, Kenny Leon for A Soldier Play, Jamie Lloyd for Betrayal, and Robert O’ Hara for Slave Play.

Best Direction of a Musical nominees are Phyllida Lloyd for Tina – The Tina Turner Musical, Diane Paulus for Jagged Little Pill, and Alex Timbers for Moulin Rouge! The Musical. 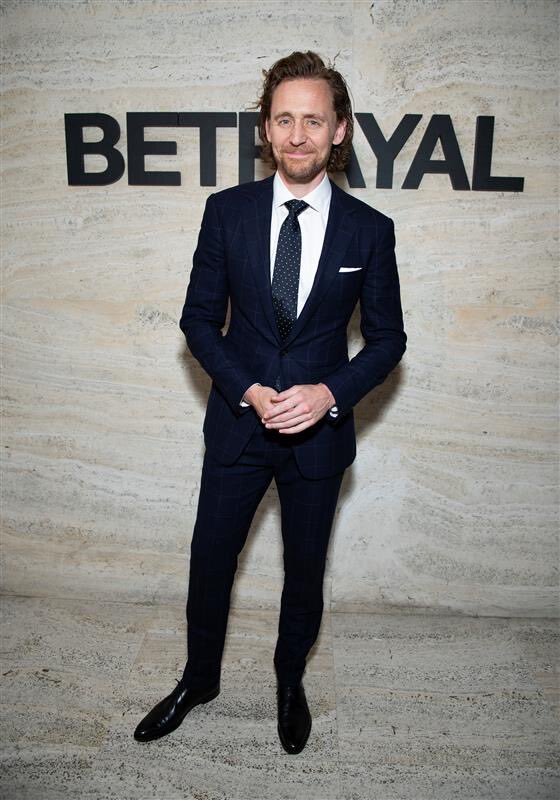 Tom Hiddleston (Loki from the Marvel Cinematic Universe) is one of the nominees for Best Leading Actor in a Play for Betrayal. Other nominees in the list are Ian Branford for Linda Vista, Andrew Burnap for The Inheritance, Jake Gyllenhaal for Sea Wall/A Life, and Blair Underwood for A Soldier’s Play.

Best Leading Actress in a Play nominees are Joaquina Kalukango for Slave Play, Laura Linney for My Name is Lucy Barton, Audra McDonald for Frankie and Johnny in the Clair de Lune, and Mary-Louise Parker for The Sound Inside.

There is still no word as to when the 74th Annual Tony Awards will happen as of this writing. With the current pandemic and strict health safety protocols still in place, we still cannot experience the usual hype like it was in the previous years.