Get ready to summon your Personas and save the world once again!

At first, it was simply a high school-themed spin-off to the well received Shin Megami Tensei, now it is one of the biggest Japanese video game franchises to date. Persona has slowly managed to climb its way to the top and with more than 15 million units sold worldwide, it is safe to say that the franchise has garnered a steady following.

This year marks the 25th anniversary since the release of the first installment of the Persona games, Revelations: Persona. As part of the celebration, Atlus recently announced that there will be seven upcoming Persona projects in the works. The first surprise is set to be revealed in September this year and the celebration will span until autumn next year.

The Persona series is celebrating its 25th Anniversary this September! ✨

Stay tuned for a year of Persona news, events, and more! #Persona25 pic.twitter.com/1qZqSy7f6V

To keep track of what’s about to happen, Atlus also launched an official website for the 25th anniversary celebration.

Besides the seven projects, fans can check out and pre-order the special 25th anniversary merchandise such as shirts, keychains, bags, and badges.

As for any hints of an anticipated Persona 6, a particular item in the shop, photo cards that showcase each protagonist for each Persona can be seen. Surprisingly, next to Joker, the latest protagonist of the franchise, a “Secret” card is present. 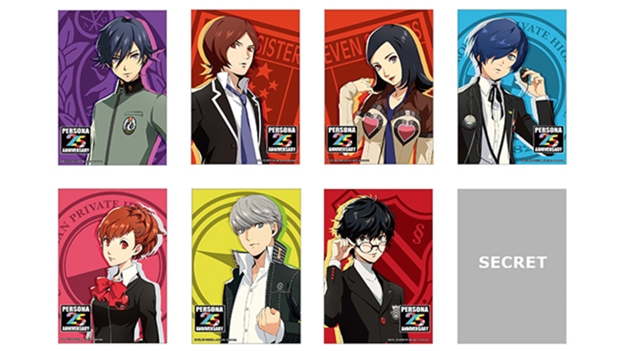 For now, Persona 5 Strikers is the latest installment from the franchise with 1.3 million copies sold since its worldwide release back in April this year. The game can be played on PlayStation 4, Nintendo Switch, and Microsoft Windows.