The past week has been quite an eventful one for maverick billionaire Elon Musk. First, he tested positive for the COVID-19 virus. Then his SpaceX rocket company successfully launched four astronauts out to space and into the International Space Station (ISS). And lastly, his electric carmaker Tesla Inc. made it to the S&P 500 Index.

Add to that another piece of good news: Musk is now richer than Facebook founder Mark Zuckerberg, all thanks to a sudden spike in the price of Tesla stocks after news of its inclusion to the S&P 500 Index was announced.

According to the Bloomberg Billionaires Index – a real time daily ranking of the world’s richest people – Musk is now worth $120 billion, surpassing Zuckerberg’s $103 billion fortune. The increased wealth puts Musk on the third spot of the richest persons in the world, while the Facebook CEO slides down to fourth place. 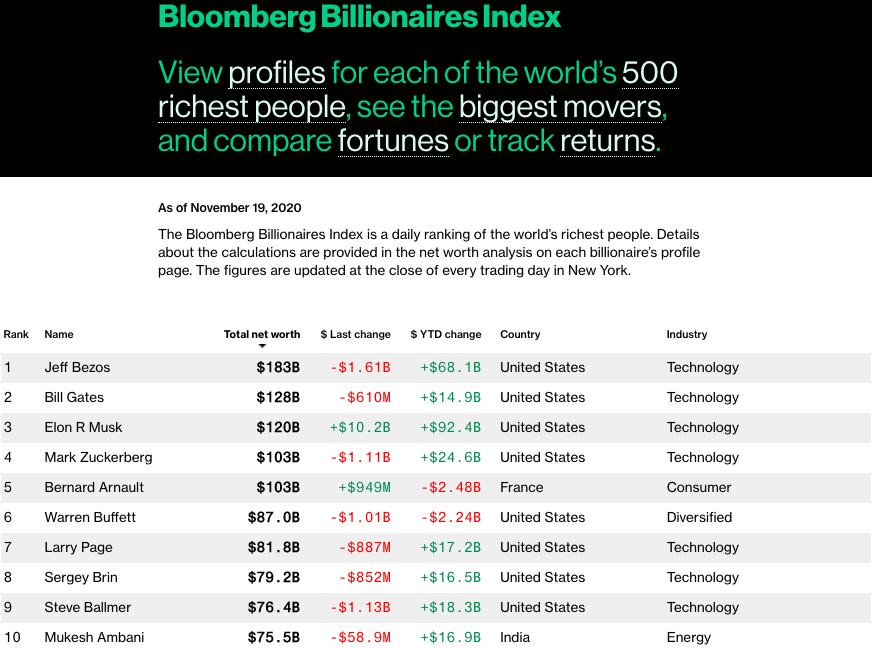 His wealth is closely tied with Tesla’s stock price because while Musk takes no salary from Tesla, he receives massive tranches of stock options as compensation for meeting corporate performance milestones.

In 2019 alone, Musk netted almost $600 million in shares as part of a 12-level compensation package. He stands to make $55 billion from all the 20 million stock options, once all the performance metrics, ranging from cash flow to market value, are reached. Musk refused to sell any of his stake since 2016 and has been holding on to vast amounts of shares since.

Tesla will officially enter the S&P 500 Index on Dec. 21 and would be the biggest new entrant in the group’s history.