The fifth and latest installment in the long-running Scream film series has wrapped up production. Franchise creator and writer Kevin Williamson announced the news on Twitter and shared a few photos from the set, which goes back to its roots with the simple title "Scream."

In a series of Tweets, Williamson wrote:

"That’s a wrap on Scream, which I’m excited to announce is the official title of the next film! Nearly 25 years ago, when I wrote Scream and Wes Craven brought it to life, I could not have imagined the lasting impact it would have on you, the fans.

I’m excited for you to return to Woodsboro and get really scared again. I believe Wes would’ve been so proud of the film that Matt and Tyler are making. I’m thrilled to be reunited with Neve, Courteney, David and Marley, and to be working alongside a new filmmaking team and incredible cast of newcomers that have come together to continue Wes’s legacy with the upcoming relaunch of the franchise that I hold so dear to my heart. See you in theatres January 2022."

That’s a wrap on Scream, which I’m excited to announce is the official title of the next film! Nearly 25 years ago, when I wrote Scream and Wes Craven brought it to life, I could not have imagined the lasting impact it would have on you, the fans. (1/3) pic.twitter.com/RCuhVUclG4

Along with the Tweet, the writer shared several photos posing with someone wearing the iconic Ghostface mask and another selfie with actresses Neve Campbell and Courtney Cox, who reprised their roles as Sidney Prescott and Gale Weathers, respectively. 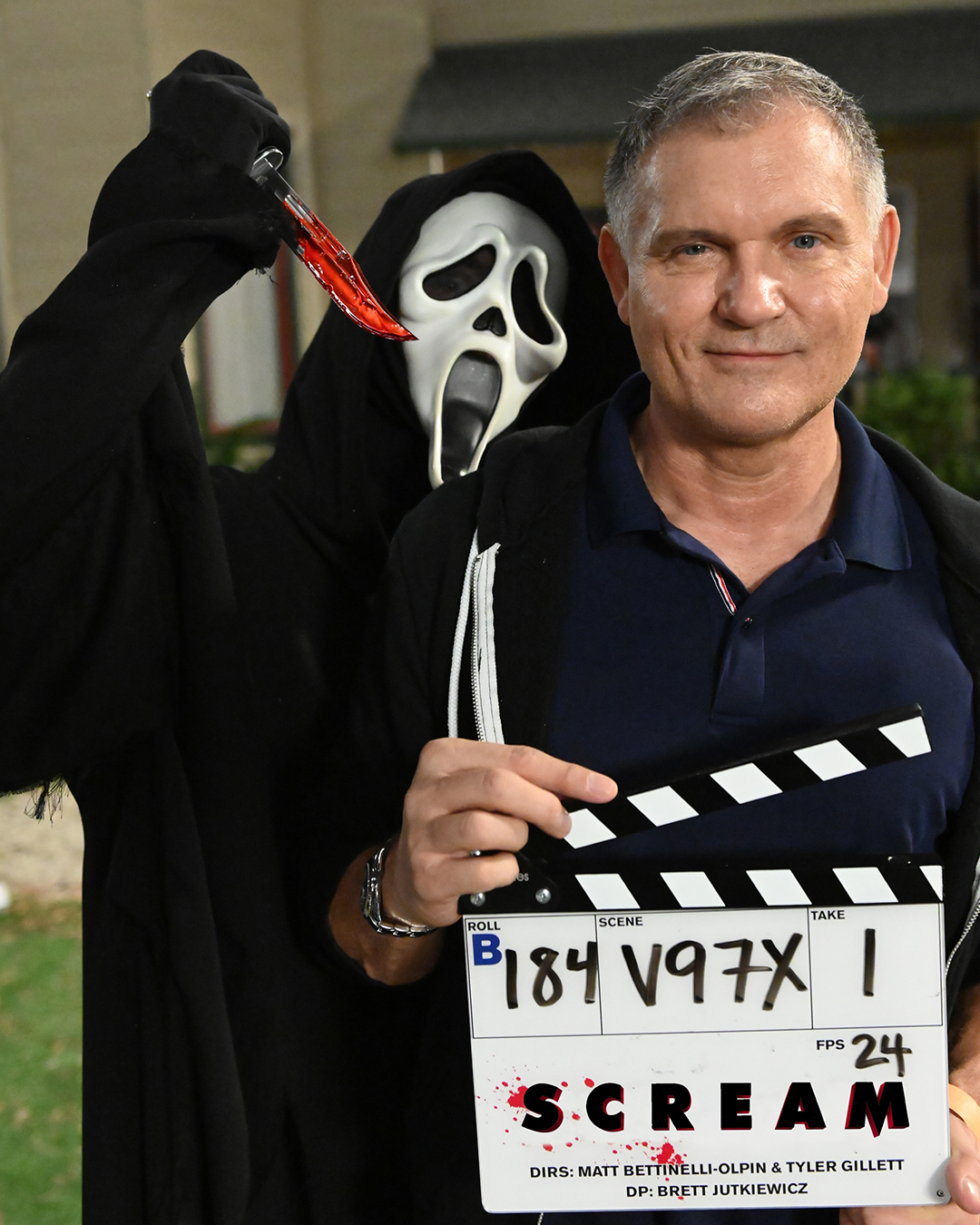 Neve Campbell shared the same photo on her Instagram account, with the caption: “Screams, smiles, and selfies with @CourteneyCoxOfficial and @KevWilliamson. Excited for you all to see Scream, which is the official title of the new movie, in theatres January 2022.”

The upcoming Scream film, which comes from the filmmaking team behind Ready or Not, “will follow a woman returning to her hometown to try to find out who has been committing a series of vicious crimes.”

In a recently held virtual panel and cast reunion to raise money for charity, Williamson shared that the writers tried to find a fresh approach to the sequel of the Wes Craven-directed cult classic, while still retaining the nostalgia factor.

As reported by Syfy, Williamson offered the few updated suggestions for the new film.

“No deconstruction. No self-awareness. Just do the opposite of what we did. I do worry that the franchise kind of wears itself out with all the meta and the deconstruction and there’s only so many times you can it. So many people have since then done horror films like it, or in the vein of. So you kind of worry that it’s run its course.”