Emily is back in her beloved Paris!

Netflix recently announced that Emily in Paris is officially back in production for its Season 2 in Paris, St. Tropez and other locations in France.

The streaming giant confirmed last year that the show, created by Darren Starr, would be returning for Season 2 to the delight of fans.

The show’s star Lily Collins shared the news on her Instagram account with a clip that shows the actors—including Ashley Park, Lucas Bravo, Philippine Leroy Beaulieu, Samuel Arnold, Camille Razat and Bruno Gouery—excited for the return of the show’s production.

According to Netflix, 58 million households around the world watched Emily in Paris in its first 28 days, which makes it the streaming platform’s most popular comedy series of 2020. The show’s first season, with 10 almost 30-minute episodes, also tickled  Pinoy viewers as it stayed on the top spot for weeks after its release.

Emily in Paris follows the journey of Emily Cooper (Lily Collins), an ambitious twenty-something Chicago native who uproots herself from her midwestern life to accept an unexpected job opportunity in Paris. Emily finds a new life in the City of Light, filled with adventures and challenges as she navigates her way to the heart of her colleagues, new friends and love interests.

“As an actor, an artist, and a creative, the most meaningful gift is to connect with people through your art in some way. It’s an honor to be associated with a project that provided people with some much-needed relief during a trying time when everyone was looking for a reason to smile and laugh,” said Collins.

She added, “Not only did playing Emily teach me more about myself, but also about the world around me. I couldn’t be happier to be back in Paris for Season 2 to expand upon those lessons, to continue to grow, and learn even more about this beautiful city and all of its character with Emily.”

Inside the closet of ‘Emily in Paris’

As the show’s production is already in the works, will criticisms of glaring clichés and stereotypes be addressed? We will hopefully find out very soon.

To tickle your Emily in Paris craving, here is a note from Sylvie Grateau (Philippine Leroy Beaulieu) containing the details of Emily’s latest assignment in Savoir Agency. 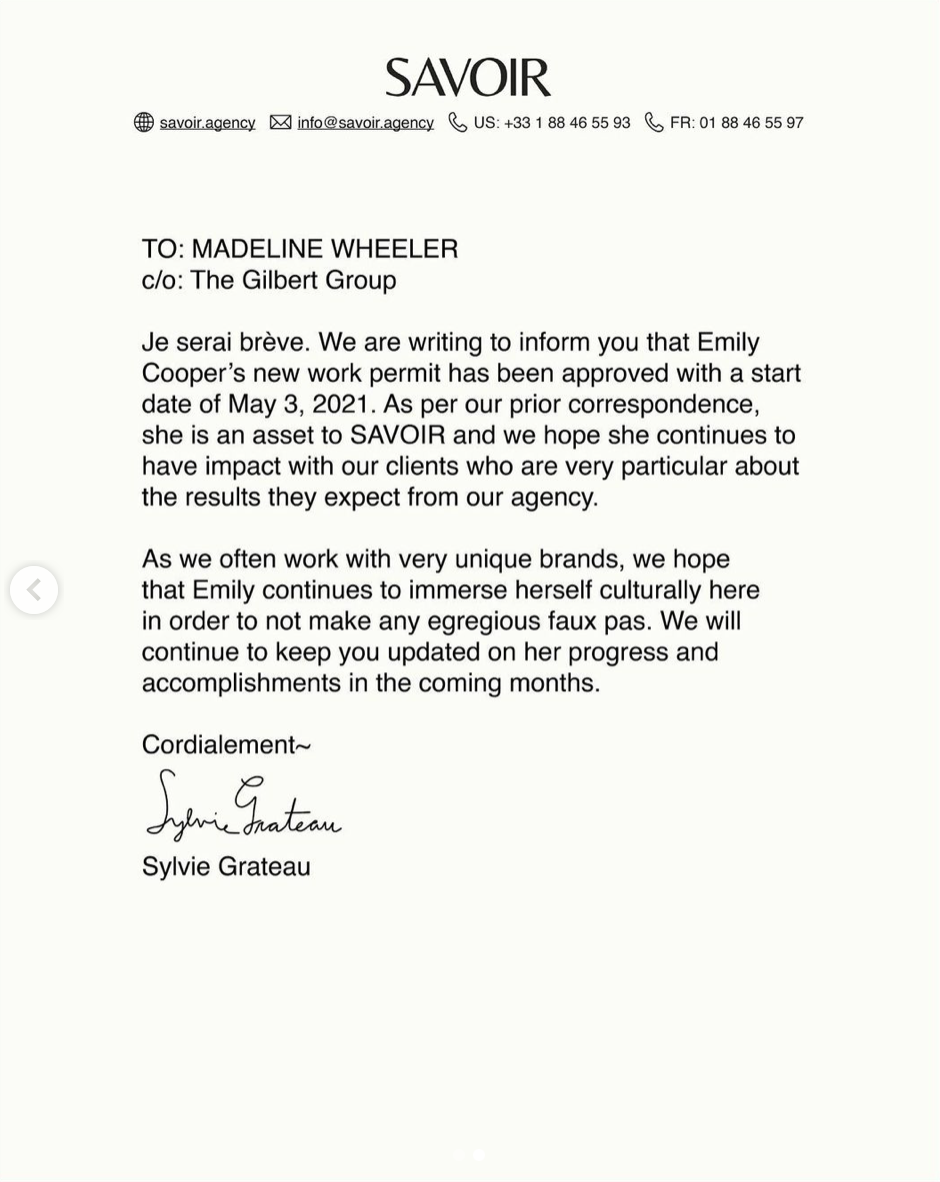