Being isolated while in the midst of a pandemic, especially if you live alone, is a spooky celebration on itself. And although trick-or-treating has been put on a halt this year, the spirit of Halloween still lives on to haunt you and even your friends online.

To help you get into the annual Oct. 31 tradition and make you think twice about walking through your dark hallway in the dead of night, we’ve set up a list of free-to-play horror games for PC on Steam that’s guaranteed to get your blood pumping and to make the most of your indoor Halloween celebration. 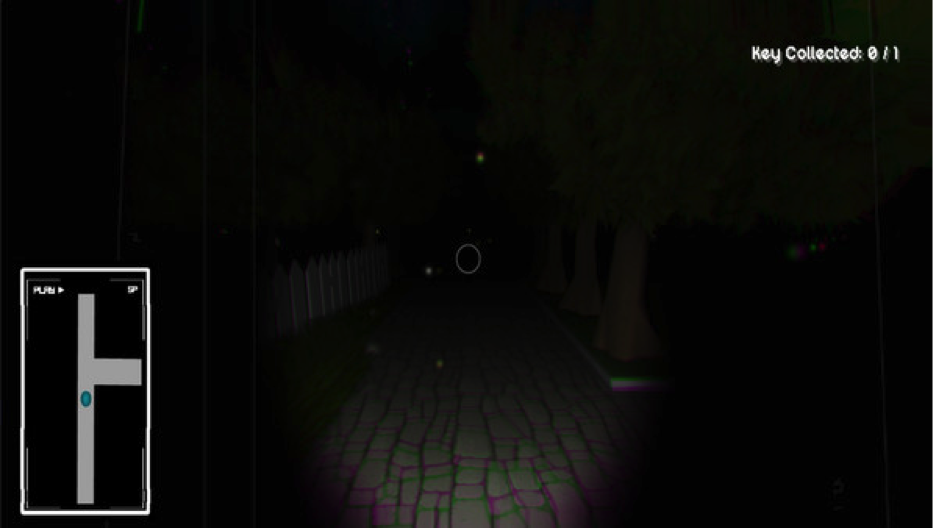 Originally a remake of The Dream Theory from MaXoMeR Games, Amarok Dreams takes place in the newly-reopened St. Alliston school, where bizarre things have happened before. But things seem to haven’t changed as more and more bizarre occurrences and happenings continue to revolve around you, making you question yourself if you’re really awake or trapped in a neverending nightmare.

Amarok Dreams harnesses VHS-style visuals and utilizes gameplay mechanics similar to Five Nights at Freddy’s where players must survive the night to get to the next level, and Slenderman, where players must roam around in darkness to find and retrieve certain items.

If solving mysteries while braving jumpscares is your forte, then Amarok Dreams is right up your alley. 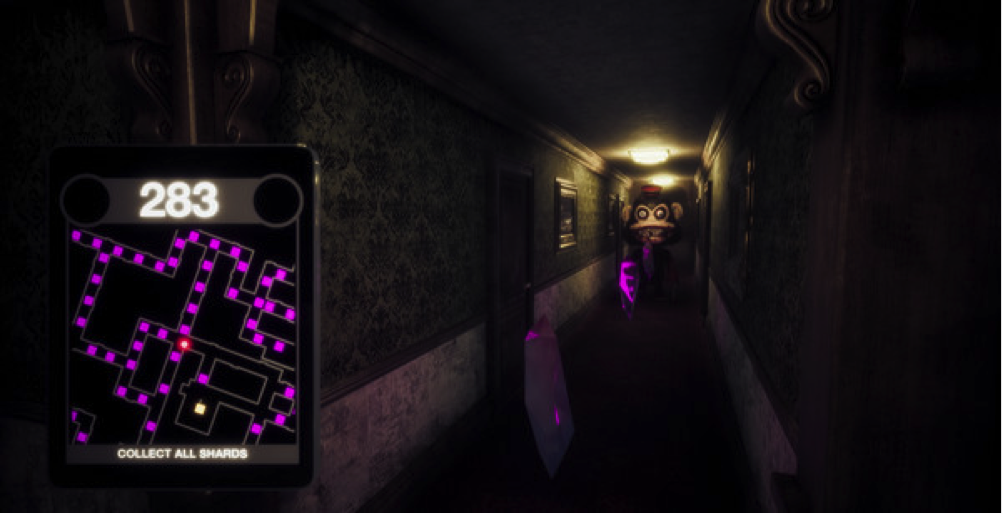 If you’d like to hear how fast and loud your heartbeats can get, you should try Dark Deception.

This first-person, fast-paced arcade horror game is out to trigger your fight or flight response by having ridiculous monsters chase you in nightmarish mazes that are full of traps and other dangerous hazards.

As you run for your life, you must collect all the shards scattered around the map to escape the maze and finish the level. Think of it as a first-person game of Temple Run while trapped in a hotel full of creepy hallways and monsters lurking around every corner. 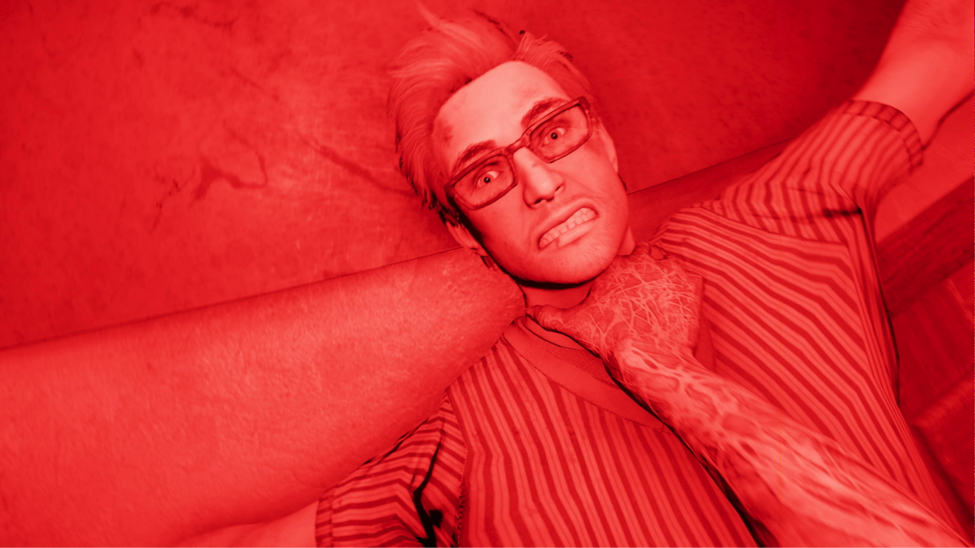 Before Among Us, there was Deceit. This first-person multiplayer indie game tests your instincts when it comes to trust and deception in order to determine who’s your friend or foe.

Set at an unknown time and place, you and five other people are awoken by the Game Master, who informs you that a third of your group has been infected by their deadly virus and must kill all the innocent players to win.

As the innocents, the only task that you must do to survive is by working together to gather weapons, secure objectives, and vote out other players who are suspected of having the Game Master’s viral infection.

On the other hand, becoming the Infected one means having to kill, sabotage, and cause havoc and trust issues among the others to hide your tracks. As a special bonus to being Infected, every end of each zone launches a blackout period, transforming you into your terror form. This form is faster, stronger, and has better vision to hunt and kill innocent players.

If you’re looking for an intense, nerve-wracking social deduction game that is a lot more darker and more violent, choose Deceit. 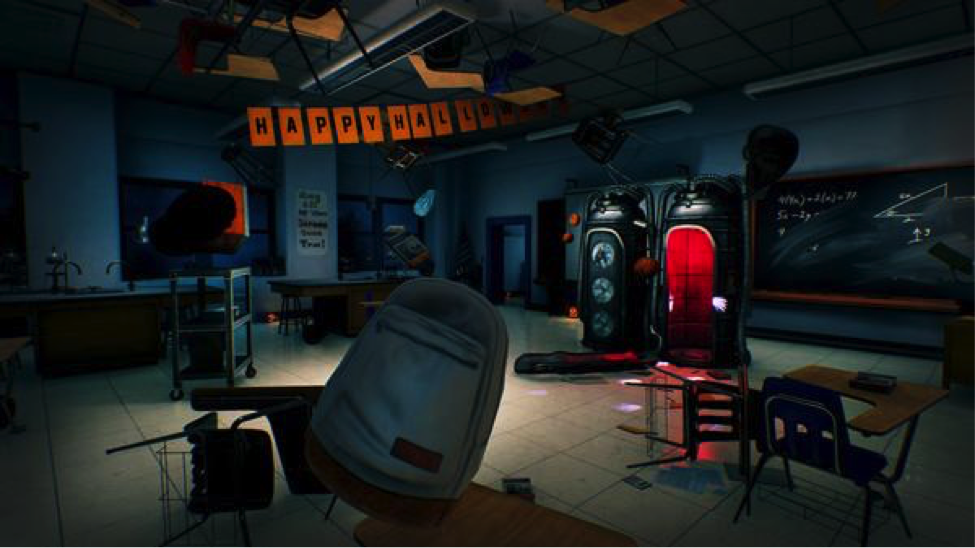 Hide and Shriek is perhaps the most festive game in this list, as the game takes place at exactly Halloween.

In this one vs. one multiplayer game, you and your opponent play as students of magic at Little Springs High and Innsmouth Academy. Both of you are partaking in an ancient Halloween tradition where you sneak into school past midnight, turning yourself invisible, then pranking and scaring each other senseless.

Each match is 10-minutes long, and you have both a plethora of runes and spells such as setting up booby-traps, unleashing a demon, and many more impish tricks that you can give to them as treats. 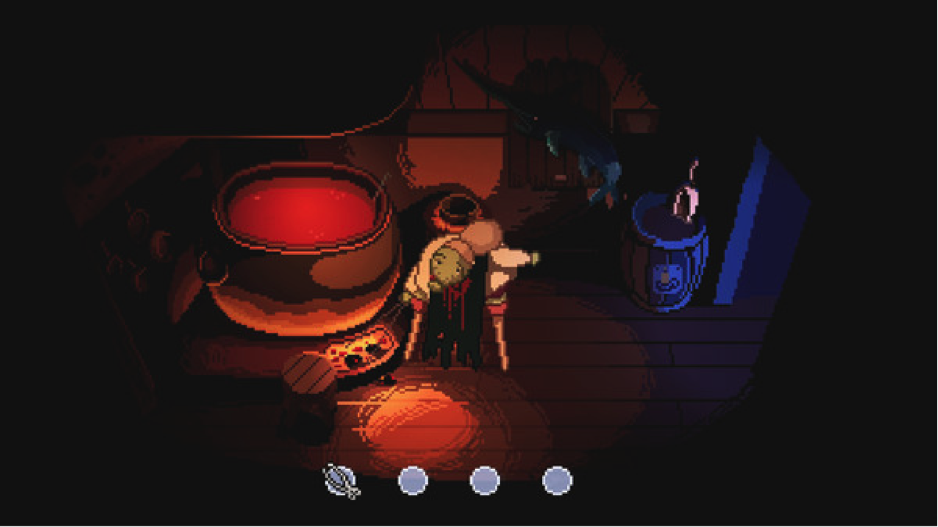 Do you prefer your horror game slow-cooked, without the blood-pumping jumpscares, but still able to give you the creeps? Try playing The Supper.

This point-and-click pixel adventure game actually plays as a short horror story. You wake up as  Ms. Appleton, who runs a tavern that’s famous for its "special sauce" that people can get on any dish . One day a group of travelers arrive and ask you to make the sauce for them and the little voice in your head that’s been plaguing you ever since, agrees. Things start spiraling downwards from there.

The Supper's total gameplay runs for about 15 minutes, perfect for those who want to preoccupy themselves with creepy cartoon gore during breaks or right before bed. 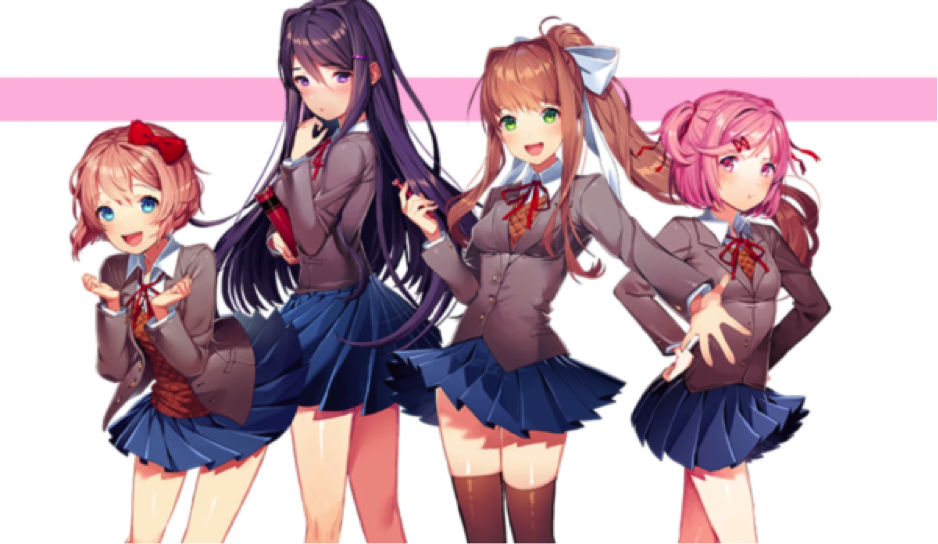 Ah, yes. The infamous cutesy, light-hearted anime visual novel that managed to steal not only the hearts, but also the sanity of those who played it (an exaggeration, but you’ll get what we mean once you try this).

Doki Doki Literature Club is a light-hearted dating simulator where you must win the affection of the four club members: Sayori, Natsuki, Yuri, and Monika.

This game is actually lauded by critics as one of the most innovative games to grace the visual novel genre, and have won numerous awards including “Best PC Game”, “Best Adventure Game”, and “Best Story.”

If you want to make your indoor Halloween experience a really memorable one, skip the spoilers, download this game, and play it.