Open your hands if you want to be held.

Those words of the Persian poet Rumi were repeated in my mind while watching the A24 multiverse spectacle that is Everything Everywhere All At Once.

It's always been human nature to think of the damned words, "what if?" but this film turns the relatability factor to a hundred with a little something that superhero movies of the same concept don't touch on: heart.

Everything Everywhere All At Once follows Evelyn Wang (Michelle Yeoh) a lowly woman who owns a laundry shop and spends her days filing taxes with her meek but kind husband, Waymond (Ke Huy Quan). Her daughter, Joy (Stephanie Hsu), takes after her mother's indifference to the world, but they never seem to bond over their shared sentiments.

With her ragged hair, perpetually-knit eyebrows, and rushed demeanor, Evelyn has all the makings of someone who wants to escape—or at least take a vacation—from her life.

Until she finally can. 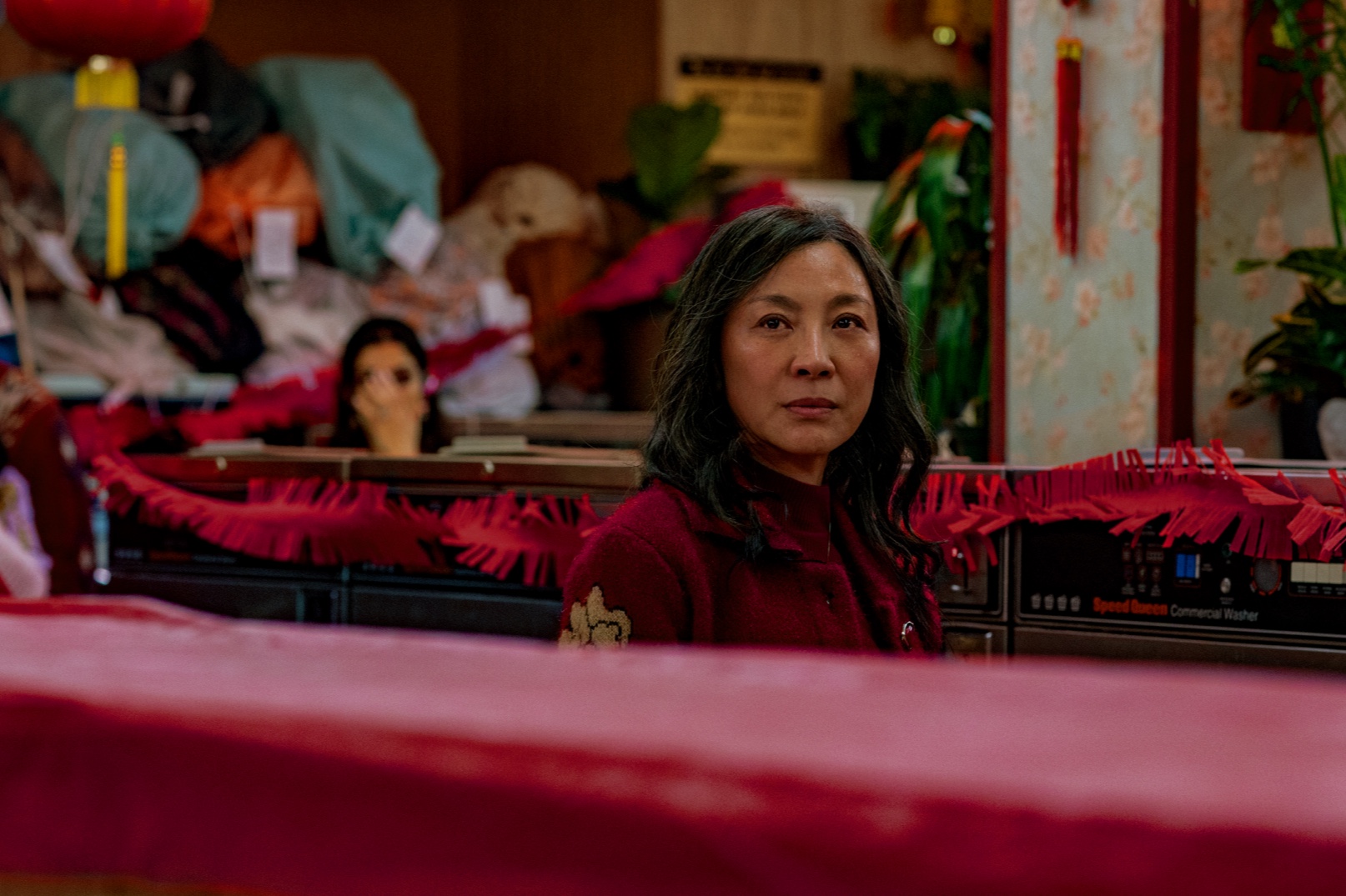 Without warning, Evelyn is then thrust into the world of "verse-jumping" and is able to witness different versions of herself in other universes. From singer to actress, to Kung-Fu master and becoming an actual rock, Evelyn finds out that she is actually living her worst self.

Being your best self and the concept of never-ending improvement would be an easy target to tackle in today's Hollywood films. It's an easy formula that wins an audience, anyway. Yet the film goes way deeper, as it artfully navigates through numerous timely subjects such as generational trauma, suicidal ideation, and what it actually takes to be here now.

The concept of being present is a tricky thing to capture in the film—and in life. Being too aware makes you nihilistic, yet not opening your eyes enough can make you too unaffected. Thus enters the film's main discourse: "If nothing truly matters in the long run, why go on?"

Perhaps there is no middle ground to be had in terms of living your life, but one of Evelyn's last words in the film sums it up best: "We can do anything we want, it doesn't matter." People can take that as they will, but it's certain that the film aims to leave audiences with a better belief system than they did before they started watching.

At the end of the film, similar to Rumi's quote, Evelyn proves that it's necessary to experience everything, everywhere, all at once (even if it hurts) if you want to truly feel.

Aside from its philosophically-charged plot, the film's visual effects, superb score, and outright weirdness make for a film that's as timeless as it is necessary in the crazy year of 2022. It then becomes a no-brainer why so many people are considering this little-indie-film-that-could be the best film they've watched all year.

Everything Everywhere All At Once is showing in Philippine theaters nationwide starting June 29.

TAGS: review movie review everything everywhere all at once