Shows exploring the "human heart in conflict with itself" have always captivated audiences with its power to confront the ugly side of humanity's triumphs — it celebrates the unsaid, the uncelebrated, the unknown agonies of our existence.

This is precisely why Start-Up has managed to pull people in with its poignant, but enigmatic portrayal of individuals climbing the ladder to success.

Created by Studio Dragon Corporation, the show was released on Oct. 17 and is set to conclude on Dec. 6. It first premiered in South Korean entertainment network tvN and became available for worldwide viewing on Netflix.

While the series follows the path of several characters, the heart of the story lies on Seo Dal Mi, who dreams of becoming a successful entrepreneur, amid the web of lies spun by the people around her. One from Han Ji Pyeong, a man who was secretly her first love, and Nam Do San, another man pretending to be Dal Mi's first love – a love triangle that has launched countless debates online and divided viewers on the best endgame couple for the TV series.

Personally, I'd rather have the characters sort themselves out first before any talk of a match is decided before the series ends. It just doesn't feel right by the characters to be paired up with one another until their personal issues have been resolved. Rushing through relationships will just lead to an inevitable heartbreak. Though, I guess we'll find out what's going to happen with the love triangle as the show unravels this plot point further.

That aside, the show starts strong with a grounded perspective on the complications of families growing apart due to socio-economic hardships. Start-Up throws no punches in discussing how hard divorces can be especially on children, as well as how orphans can often be abandoned by shelters after they have reached the age of the majority.

More than that, the series also detailed how familial and societal expectations can often overwhelm and haunt young savants until they reach adulthood. Throughout the series, characters are made to choose which one to prioritize more – their family or their dream? Their happiness or their family?

'Start-Up' has shown great promise with the unique spin it has on the K-Drama genre.

There is only so much "filial piety" – or one's responsibility towards their family – that one can take, after all.

In Korea, the virtue – hyodo (효도) in Hangul – is highly regarded in the country due to the relevance of families in "[maintaining] the order of a nation." Given this, it is easy to understand why the show greatly emphasized the dynamics of family relations, as is the norm for K-dramas. It just so happened that Start-Up took the boons and curses of the virtue hyodo to new heights with the stellar script written by Park Hye-ryun and the masterful direction of Oh Choong-hwan.

Moreover, Start-Up also dissected malpractices towards employees in the corporate world, and how perilous the dive into the entrepreneurial industry can be with impulsive decisions and without preparation. For instance, we saw how Dal Mi and In-jae's father were beaten up for speaking up against their boss on behalf of his colleagues. In another instance, we saw how Nam Do San's start-up company faced legal troubles after rushing through some decisions without consulting everyone in his team. It's a rather daring portrayal of the daily horrors that the working class face in trying to raise their station in life.

If there's anything to critique in Start-Up, it will have to do with rounding out the development of some characters better. In watching the TV series, there were times when I wasn't sure if I wanted to pine for – I mean, root for – the one the show was suggesting, given how they've invested more heavily in another character.

There were also instances when another character's arc wasn't given much highlight despite being one of the leads. That said, the cast members nonetheless more than make up for it with their earnest acting. 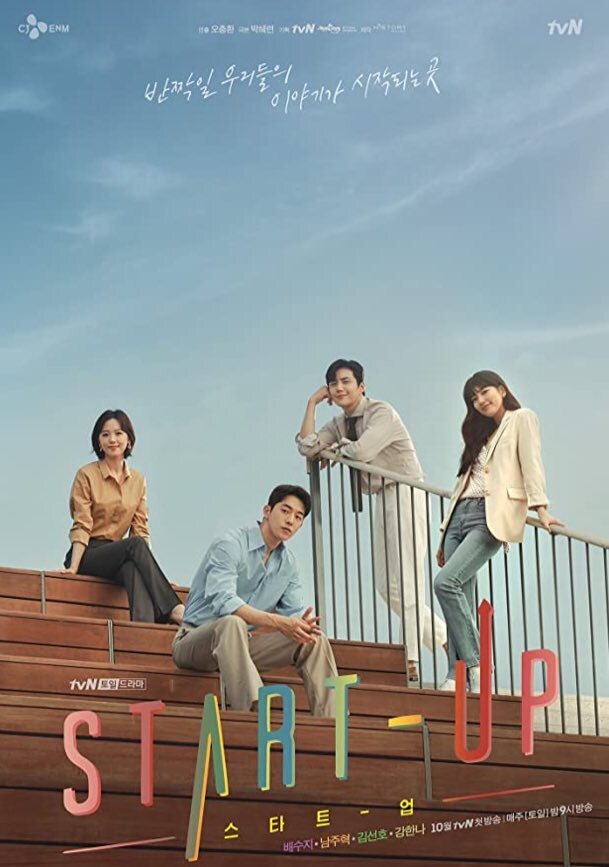 I hope that Studio Dragon ensures that all the questions posed in the beginning of the story are properly resolved at the show's denouement. Fans of the show hope that the writers will do each story line and character justice. Start-Up has shown great promise with the unique spin it has on the K-Drama genre, so keeping the momentum of its intertwining story lines until the end is something to look forward to.

I mean, they gave us such a strong found family trope with Han Ji Pyeong and Choi Won-Deok's bonding moments. Not to mention, I really hope that the Seo family will get along again, given how most of the show also revolved around their family dynamics.

That being said, if you enjoy a show with a powerful script and strong performances from the cast, Start-Up won't disappoint. More specifically, the portrayals of Nam Da-Reum (younger Han Ji Pyeong) and Kim Seon-ho (adult Han Ji Pyeong), as well as Kim Hae-sook (Seo Dal Mi's grandmother Choi Won-Deok), throughout the series can take your breath away.

Plus, the official soundtrack of Start-Up adds to the mise-en-scène of the TV show. Some of it are bops (Future by Red Velvet, anyone?), and it's easy to feel pumped just like the characters as they go through each hurdle, while some just make you sink to the floor and hug your knees as you descend into the rabbit hole of K-dramas. The music is simply just that mesmerizing.

So, if you want to feel like you're seeing a new adult manhwa — Korean graphic novels or comic books — come to life, this show is for you. It will definitely steal your heart.

Start your engines: ‘RuPaul’s Drag Race PH’ to premiere in August with Jiggly Caliente as one of the judges