Marvel’s Spider-Man: Miles Morales the video game has a lot in common with the title character. Like Miles himself, the game is shorter than the original Marvel’s Spider-Man, and his adventure isn’t as grandiose as the various ones Peter Parker has gone through, but the things that make Miles unique are enough to make this adventure memorable and fun to go through.

Taking place a year after the events of Marvel’s Spider-Man, Miles and his mother Rio Morales have moved to his abuela’s (spanish for grandmother) apartment after the tragic death of his father from the previous game. Miles has been training under Peter ever since and New York has gotten used to the second Spider-Man, much to the chagrin of J. Jonah Jameson.

However, it’s the holidays, and Peter Parker will be leaving New York for a few weeks to spend time with his girlfriend Mary Jane Watson, leaving Miles Morales as the city’s sole protector. Does Miles have what it takes to be Spider-Man without Peter’s help? That’s for players to find out in this fantastic set-up for Miles’ first solo game. 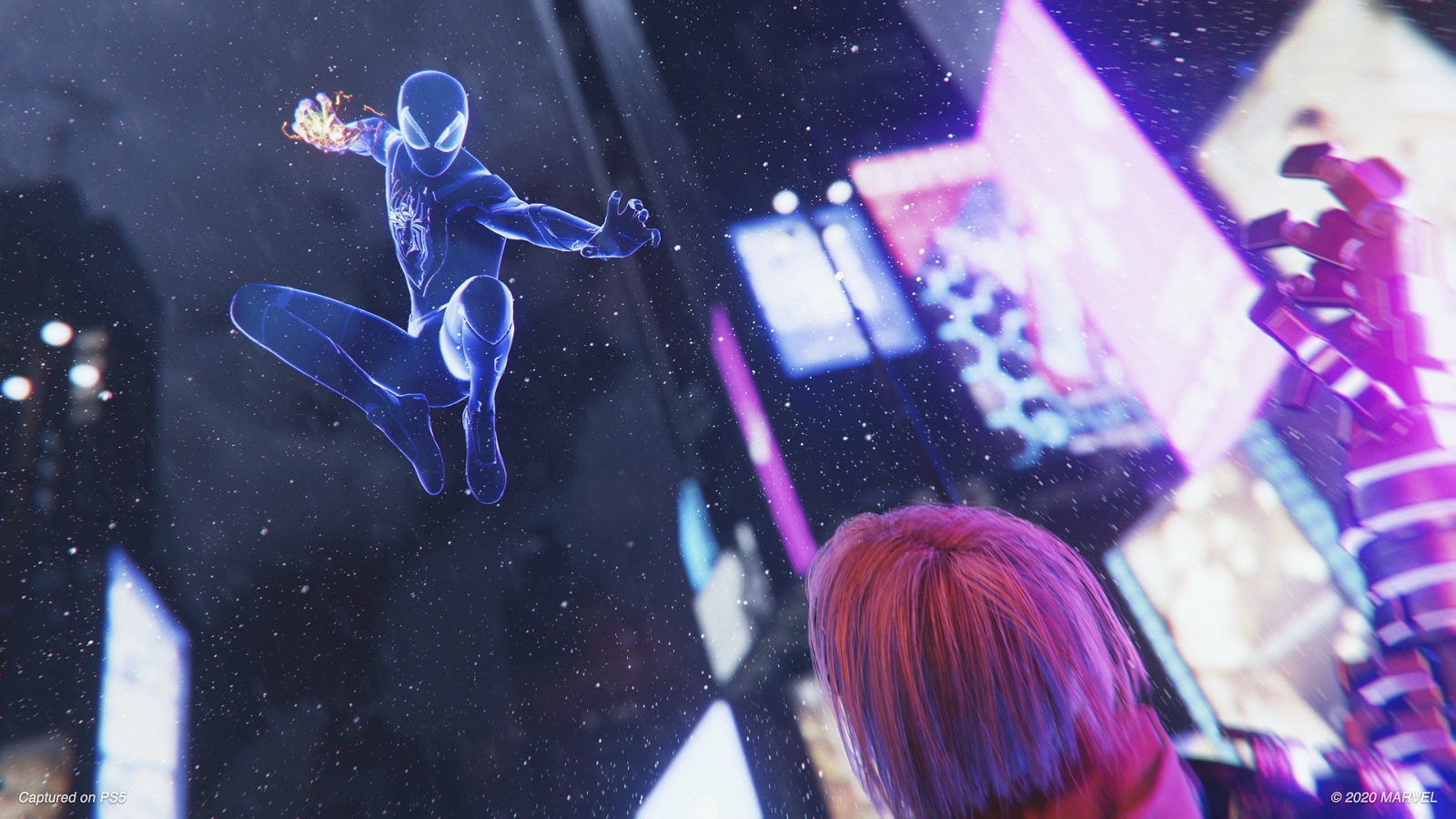 If you liked the way Marvel’s Spider-Man played, you will be right at home with the controls of Miles Morales. Miles might have a bunch of different animations from Peter but combat and web-swinging are the same for the most part, which means they are satisfying to pull off. While the new animations for fighting and traversing are mostly cosmetic, they are enough to make going through this version of New York just as satisfying as the original game and the Winter setting helps.

Combat might be mostly the same as the previous game but Miles’ unique abilities do add some fun, new moves that old man Pete can’t pull off. Miles’ various Venom abilities are a blast (ha!) to use, with the Venom Punch letting him go through enemy defenses, while the Venom Jump brings opponents to the air for easy air combos. These Venom abilities also lead to some new environmental objectives like powering up generators or making electricity lines via webline.

Stealth is also mostly the same, so it’s serviceable but could be better. Enemies don’t really get that much smarter or scared as you take them out, so taking this route isn’t always that fun. Miles’ powers do let him go invisible and they make the stealth even easier, for better or worse. 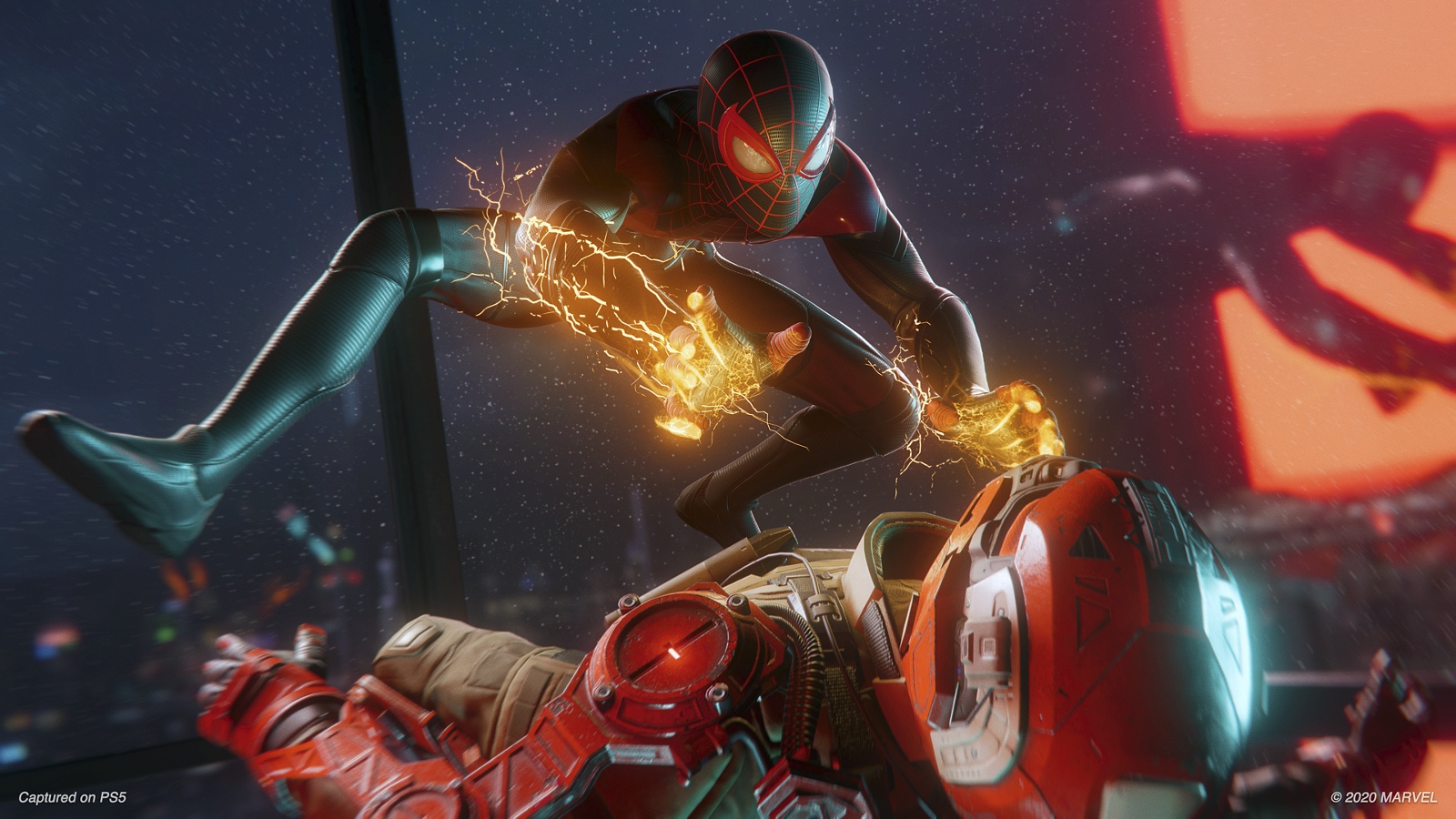 As you can tell, the major changes Marvel’s Spider-Man: Miles Morales makes are mostly aesthetic, but that’s not a bad thing. The story might be shorter but it’s a fun ride while it lasts. Miles’ interactions with his mother Rio, best friend Ganke, and potential love interest Phin are genuinely endearing. Peter Parker isn’t here for a lot of the game but the comradery these two heroes share in cutscenes is adorable, particularly when taking the Challenge Missions older Spidey has set up.

It also helps that most of the game is set in Harlem, a part of New York that wasn’t in the original game. Seeing Miles get used to his new home and interacting with the various characters here is infectious, making me wish I could visit the place in real-life (damn you Ms. Rona). The game also makes a big political statement with a Black Lives Matter mural, which is rare to see in any mainstream game these days. While the BLM movement and police brutality aren’t subjects the story tackles, at least not directly, having an area in the game that isn’t ashamed of its political ramifications is a decent first step in letting the word out.

Marvel’s Spider-Man: Miles Morales also has a great soundtrack, one that blows away the generic MCU-style orchestra from Peter Parker’s solo outing with energetic hip hop and RnB. The fact that Insomniac Games went out of their way to license a few songs, in addition to some original recordings and remixed tracks from the previous game, really helps make the game feel like a different Spider-Man. 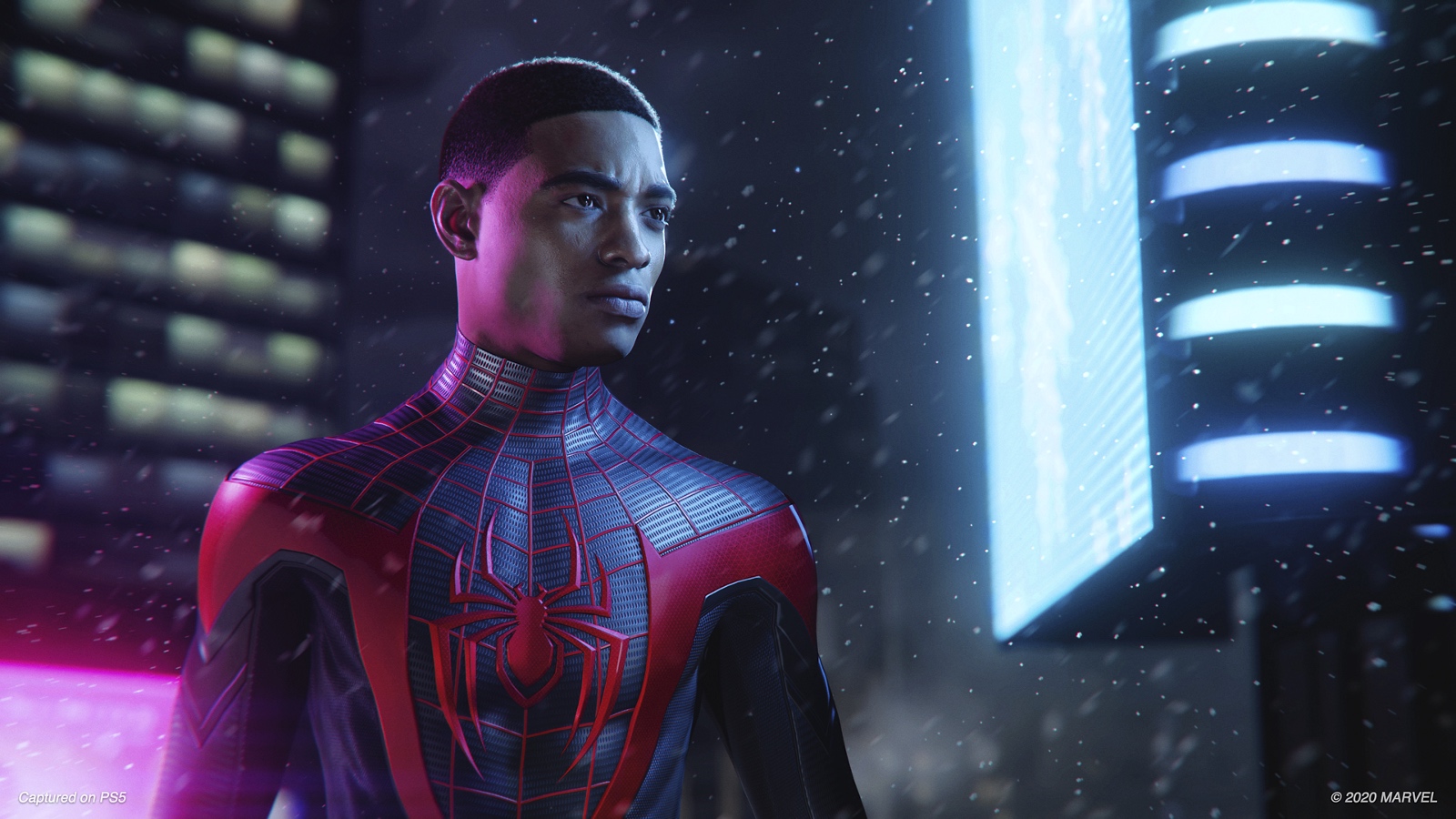 Due to the nature of being an expansion to the first game, which developer Insomniac Games were very honest about, Marvel’s Spider-Man: Miles Morales isn’t really allowed to be better than its predecessor. The main campaign can be finished in 8-10 hours, which can be lengthened to 20 by getting all the collectibles and finishing every side mission. While the story is an engaging one, the lack of time can make certain character moments feel rushed and even unearned in some cases.

With all that being said, Marvel’s Spider-Man: Miles Morales is more Marvel’s Spider-Man and that’s not anything to complain about. More fun combat, more fantastic web-swinging, more passable stealth, less story, but with much better music.

(Review made from the PlayStation 4 version of the game; images from PlayStation Studios, Insomniac Games, and Marvel Entertainment taken from a PlayStation 5)