NCT 127 coming to the Philippines for a solo concert was already a dream come true. Months before their show was announced, rumors of a group known as the “pride” of SM Entertainment were swirling among Pinoy NCTzens or “Filozens”—hoping that they would finally meet Taeil, Johnny, Taeyong, Yuta, Doyoung, Jaehyun, Jungwoo, Mark, and Haechan in the flesh. 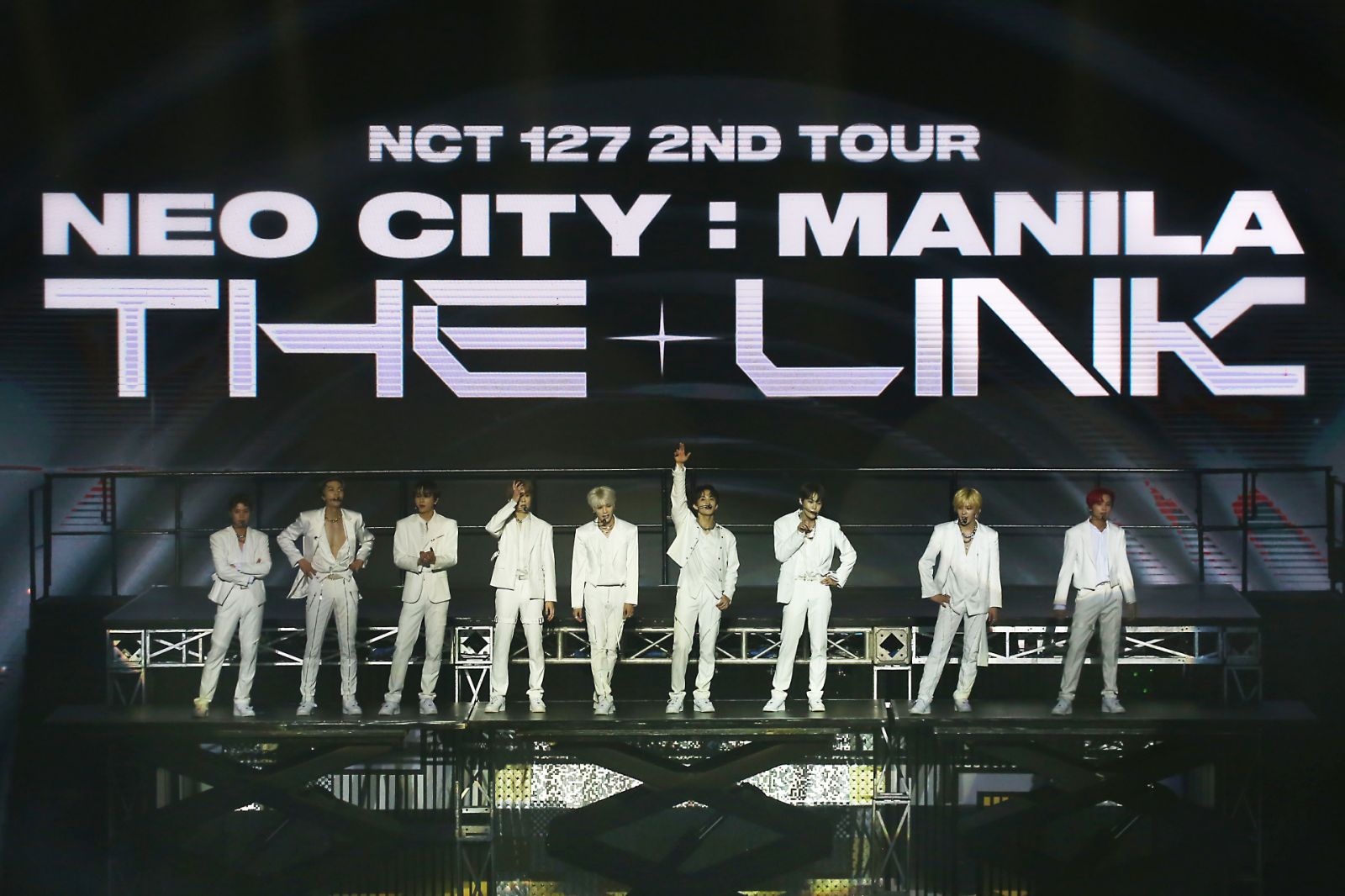 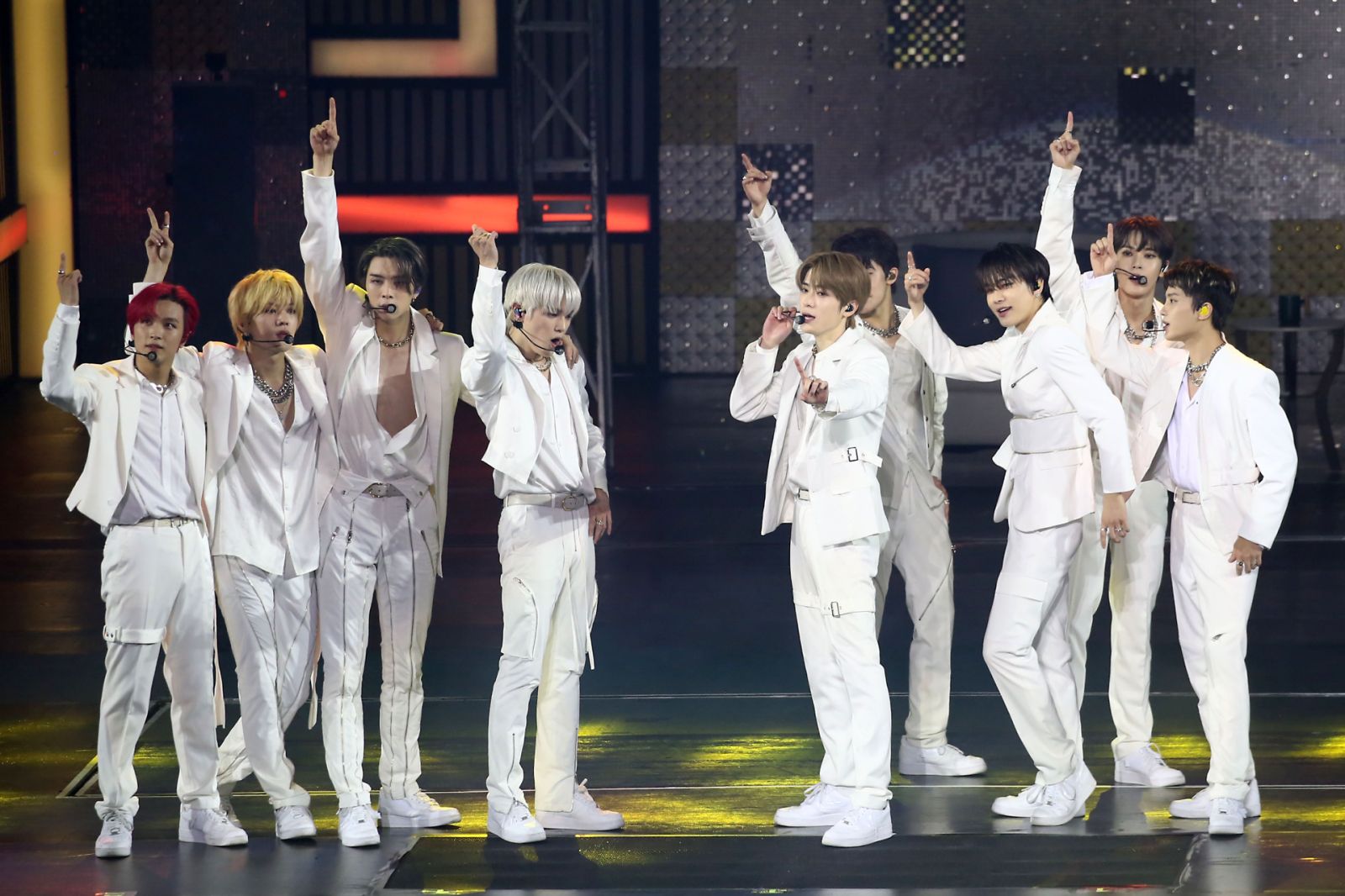 NCT 127 hypes up their fans in a string of performances. PHOTO: Miguel De Guzman/The Philippine STAR 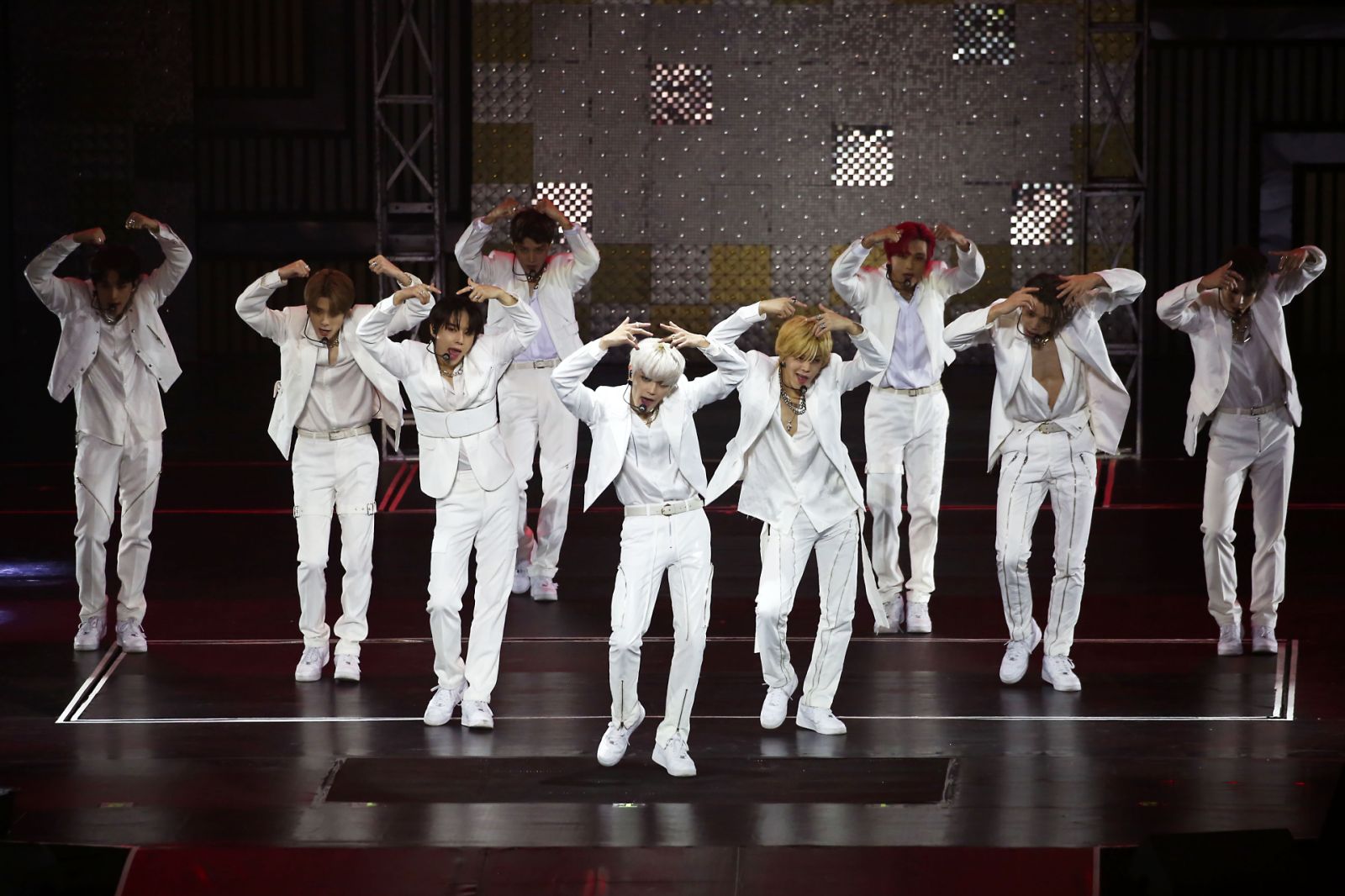 NCT 127 heats up the stage with a performance of "Kick It." PHOTO: Miguel De Guzman/The Philippine STAR 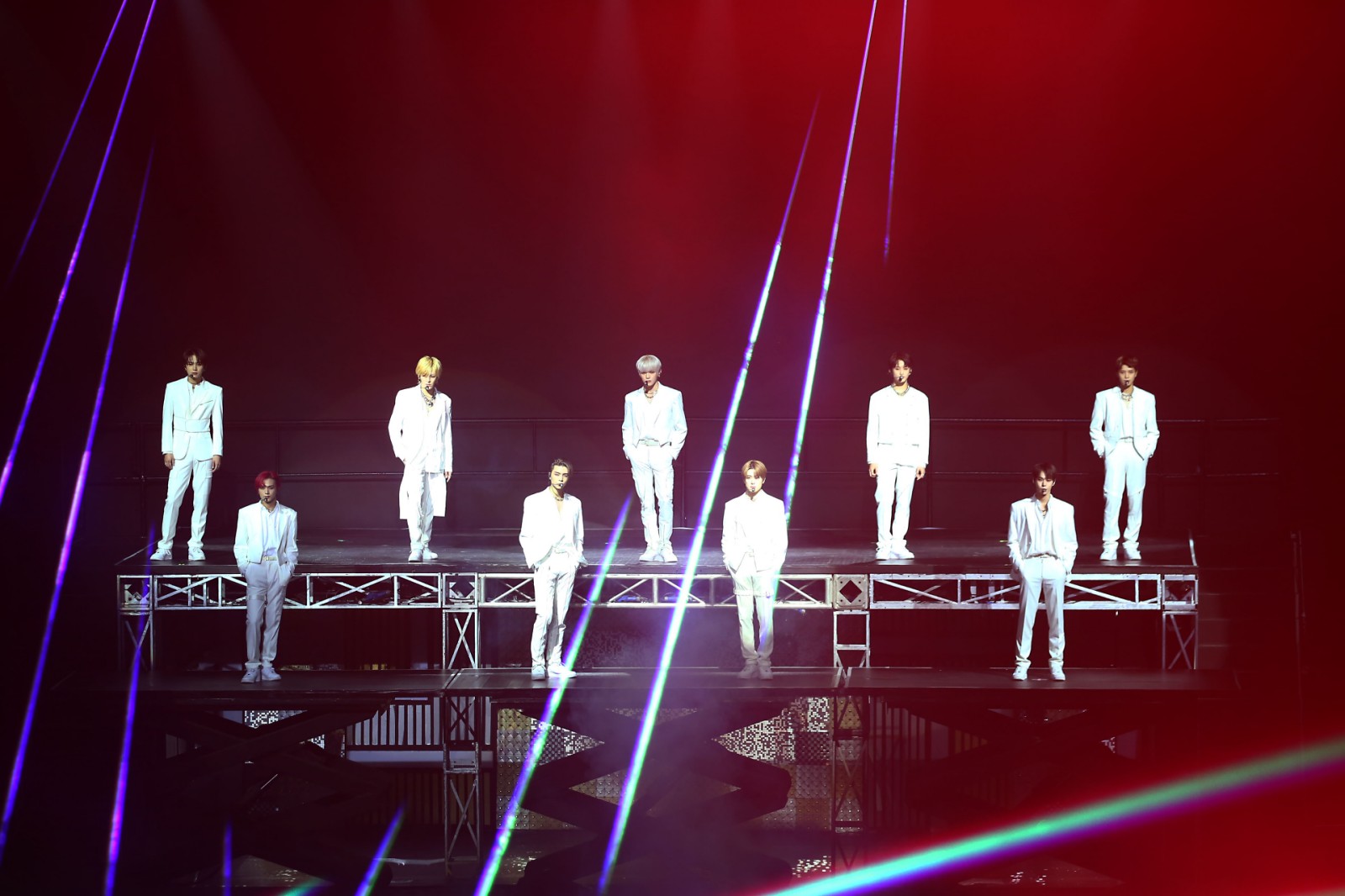 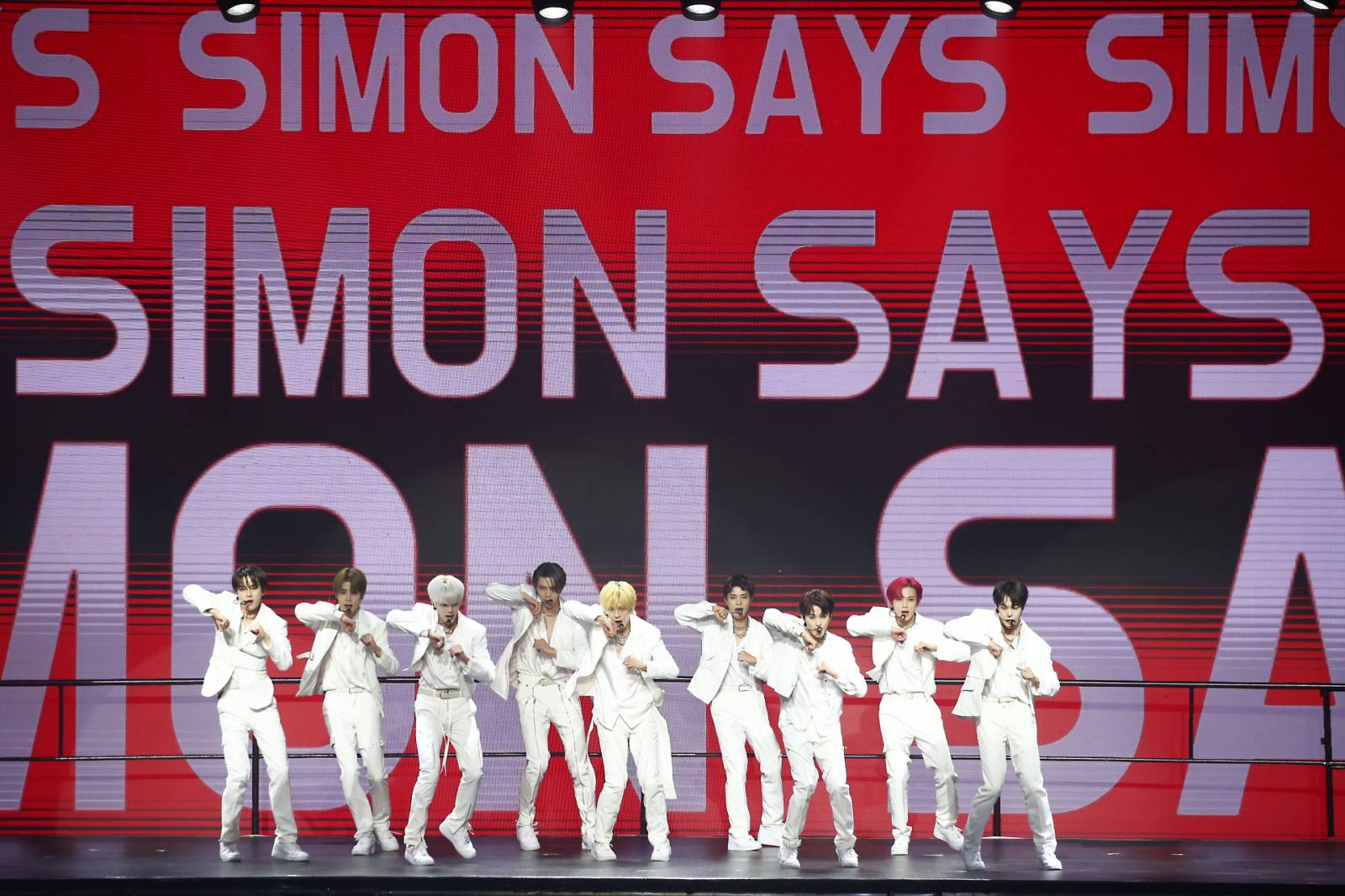 NCT 127 hypes up their fans in a string of performances. PHOTO: Miguel De Guzman/The Philippine STAR

NCT 127 heats up the stage with a performance of "Kick It." PHOTO: Miguel De Guzman/The Philippine STAR

From NCT 127’s songs blasting in the mall to fans giving out freebies at the Mall of Asia Arena, the excitement was hard to contain. Entering the concert venue was an exhilarating moment since our voices were drowned out by the passionate screams of fans. They were so loud that it was hard to hear the background music being played.

WHAT AN IMMACULATE SIGHT. 💚

A sea of Pearl Neo Champagne lightsticks lit up the Mall of Asia Arena as #NCT127 is set to have their first solo concert in the PH in a few minutes.#THELINKTourManila #NCT127inManila pic.twitter.com/cIb5ZhEzss

But as soon as the first few bars of the group’s mythical intro blared through the arena, fans erupted into an uncontrolled frenzy until the members were finally revealed. NCT 127 is real.

Of course, the first three songs were undisputed fan favorites. The familiar “puku puku paw paw” of Kick It, the fast-paced sensuality of Lemonade, and the easy-to-listen Simon Says were a hit with the audience. However, it wasn’t until the members’ solo and unit performances that proved why NCT 127 is a group of vocalists and God-tier performers.

There’s so much to take in with #NCT127’s #THELINKTourManila concert so far, but can we first talk about #TAEYONG’s sizzling ‘Moonlight’ performance? 😍 We’re as shocked as you are, Pinoy Czennies!#NCT127inManila pic.twitter.com/fkBVsKmIF1

Taeyong going shirtless during Moonlight was mind-blowing. The voices of Taeil, Doyoung, and Haechan (along with his smooth moves) were breathtakingly beautiful. Johnny sensually rolling his hips was a sight I couldn’t seem to look away from.

On the other hand, it’s hard to not feel kilig over Jaehyun smiling before performing his heartbreaking ballad Lost, Yuta’s dramatic number, Mark rapping “Manila just wait, sexy,” and Jungwoo proving why he’s the member who embodies the concept of duality.

jaehyun was already smiling to himself when he thought of "how long has it been" before saying it out loud you can tell he's proud (with a hint of shyness) of that 😭 pic.twitter.com/VaTGQjuZiY

But no one is as loved as NCT 127 themselves. This was their first solo concert in the Philippines after all. So, there was a huge pressure on local fans to give a memorable show. But seeing their bright smiles—even chanting along with fans as they cheered for all of the members—was more than enough.

As one of the subunits of NCT, the NCT 127 brand is marketed as the “representatives of Seoul.” This explains why their concepts, music videos, and discography through the years are futuristic and unique. 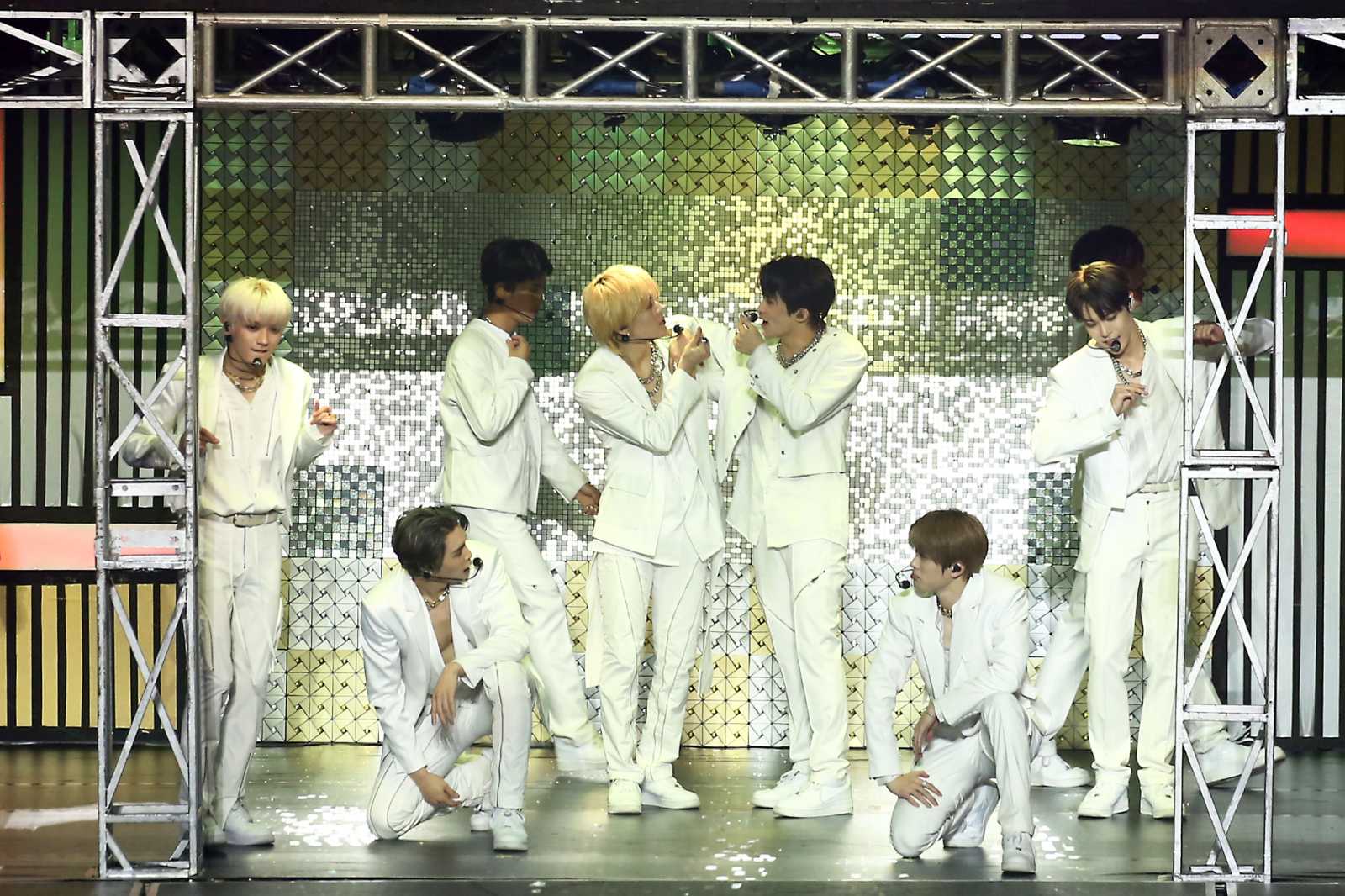 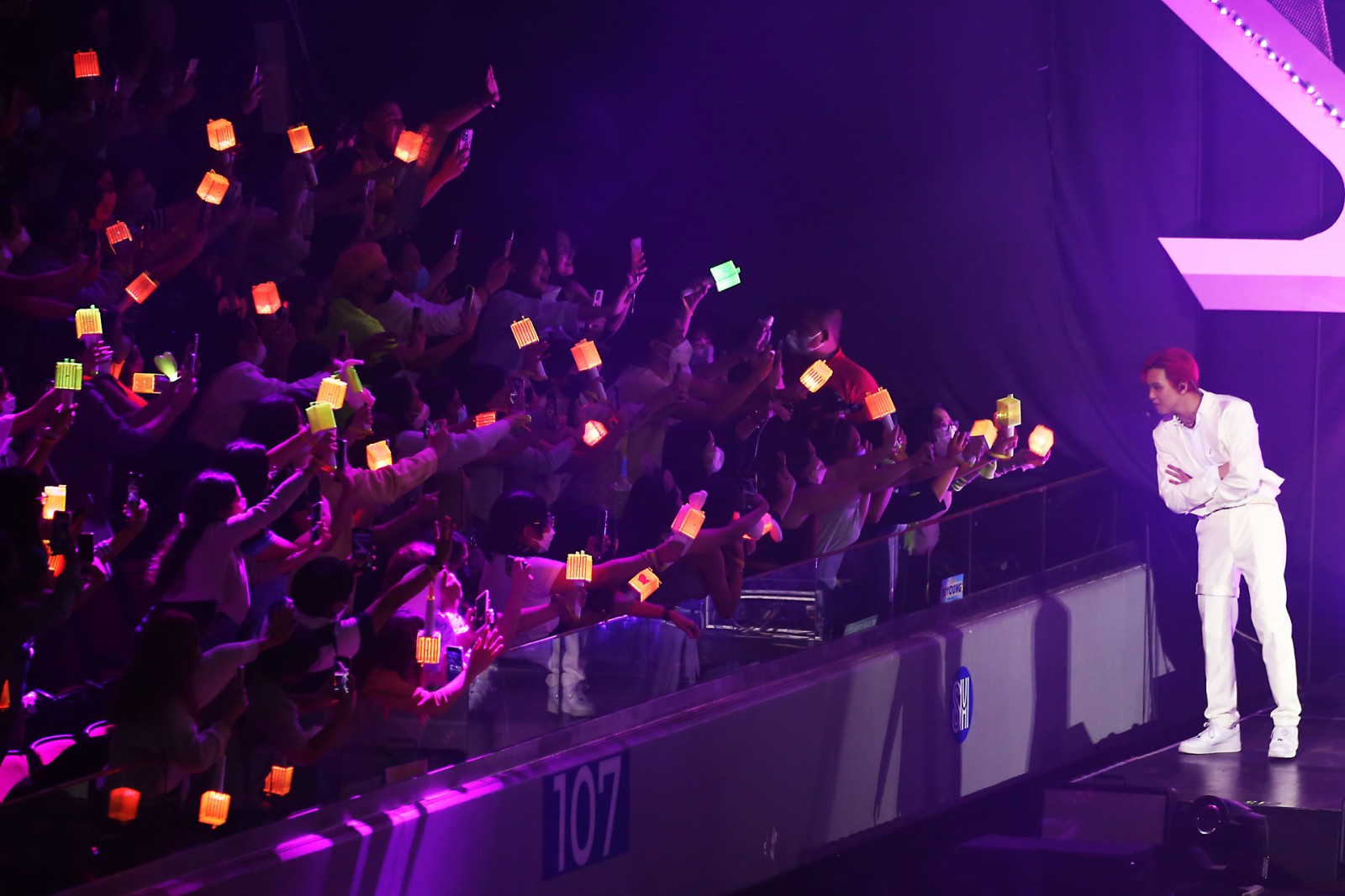 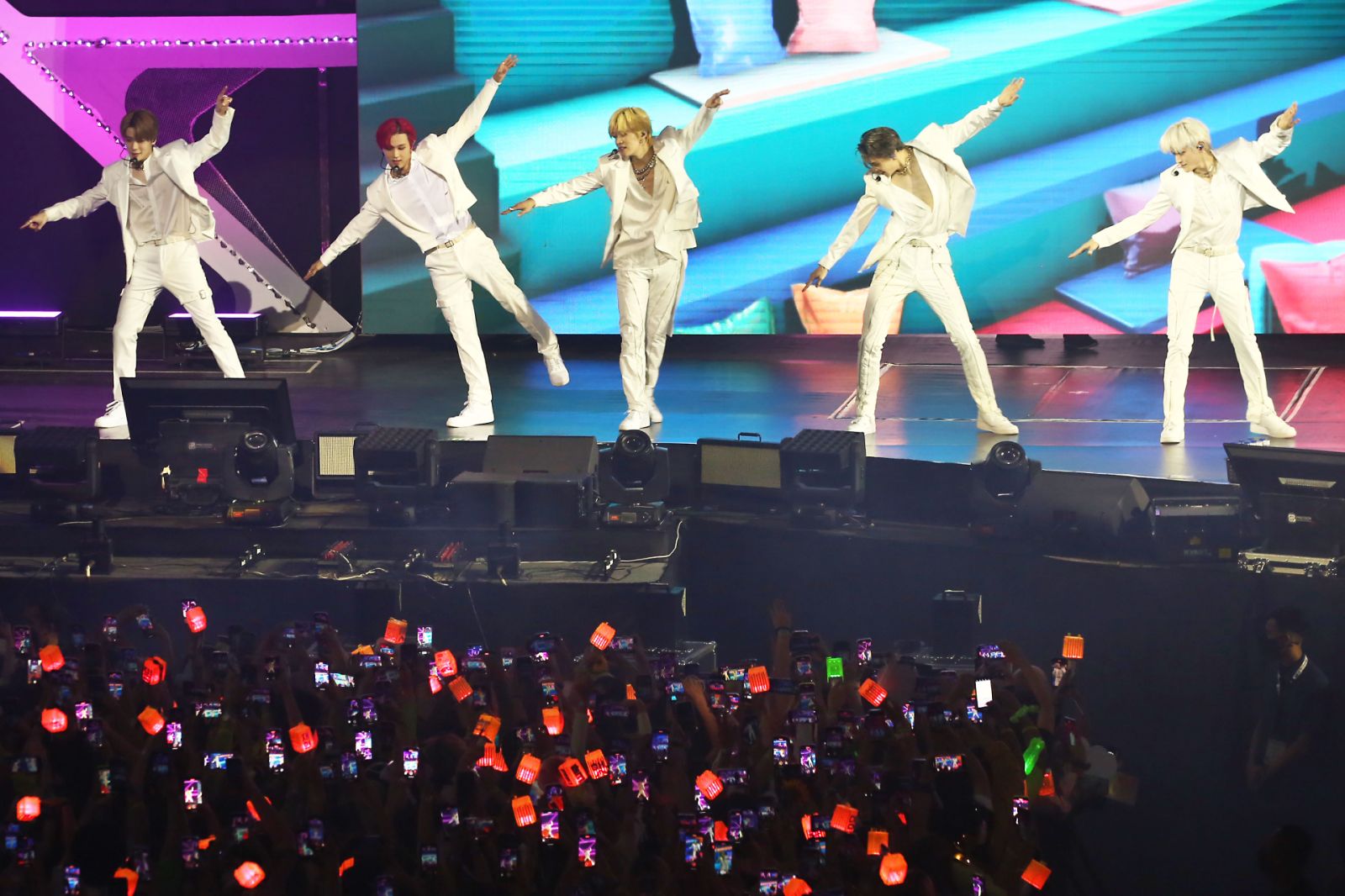 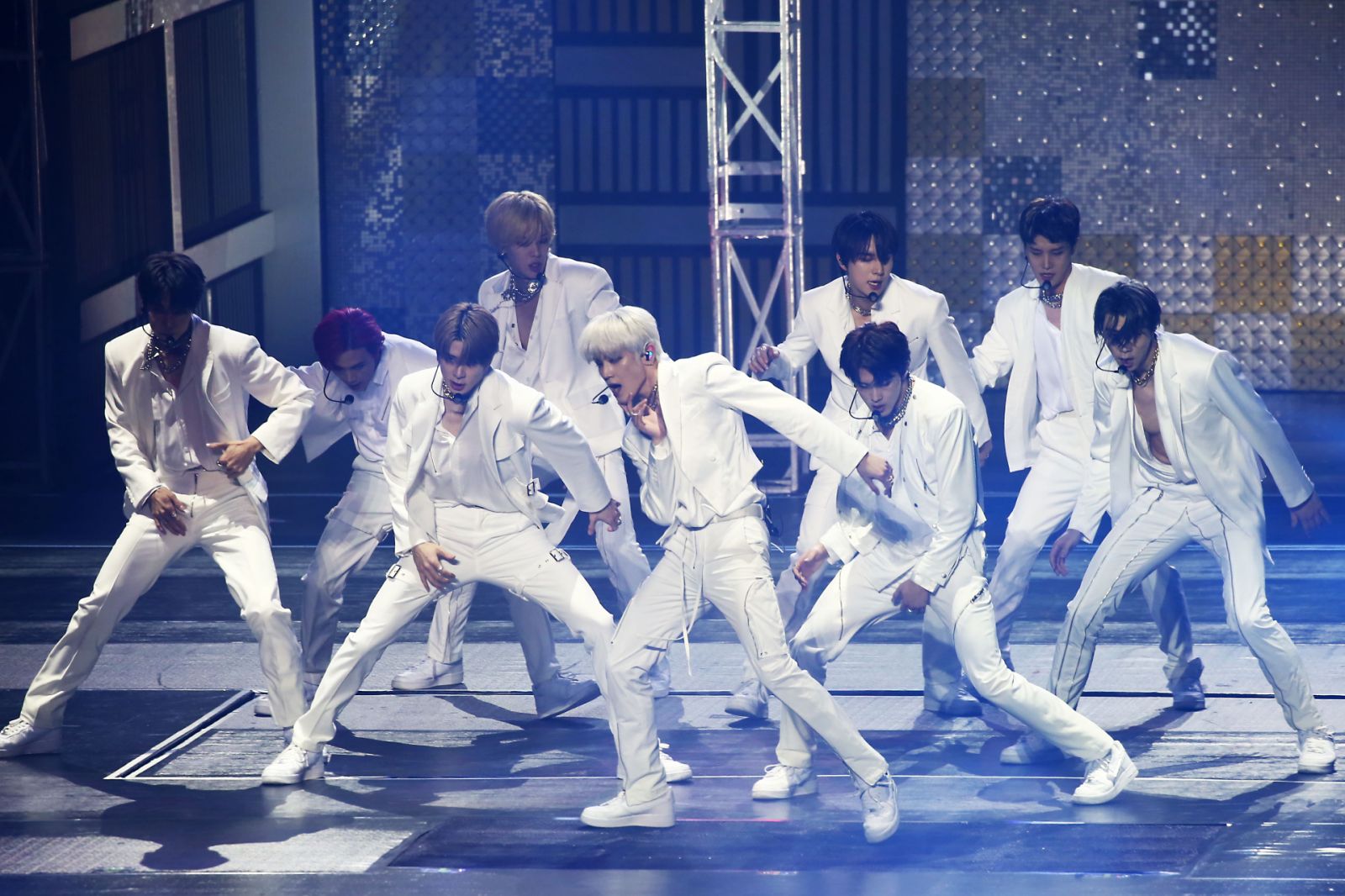 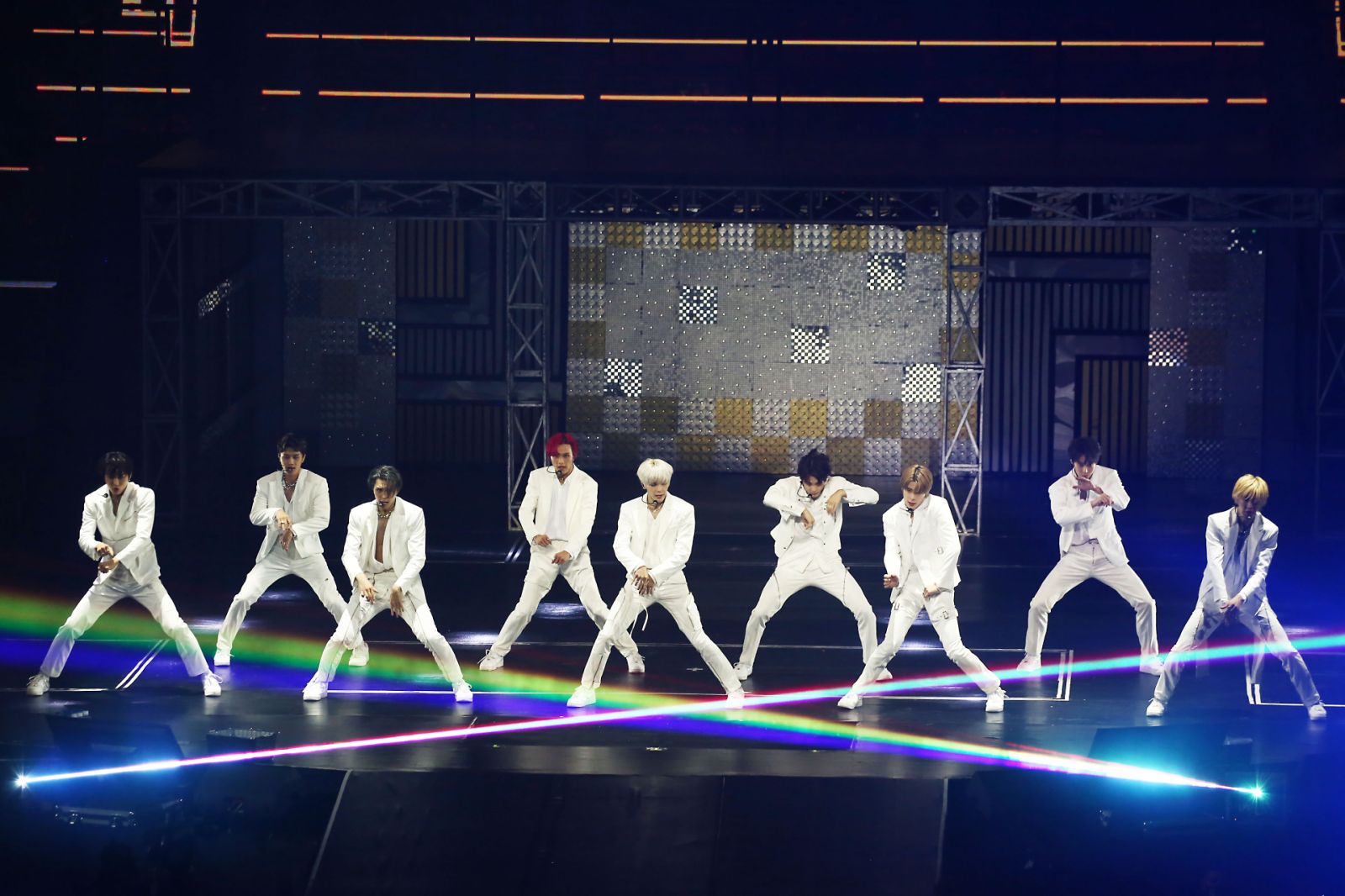 To add, the group is known for putting out breathtaking performances in music shows, festivals, and concerts. Almost to the point of the members being mythical. But there’s something about the Manila concert that felt so human as the members finally let themselves go.

“While singing [Lost], I heard beautiful voices coming through my in-ears during the chorus. I felt touched while singing so thank you,” Jaehyun said.

You’re our favorites too, #NCT127. 😭💚 The members sent Pinoy Czennies into overdrive as they performed their hit song, ‘Favorite (Vampire).’

Even Johnny was speechless at how passionate the fans were during the show.

“Dang, Manila! Seriously, why didn’t we have a concert in the Philippines sooner? When the members and I head home to Korea, we’re going to be thinking about your passionate screams. That’s how amazing you guys were tonight,” Johnny said.

The concert soon came to a close with Promise You as the members warmly greeted their fans. They even took the time to throw signed balls and pick up small trinkets from the audience.

“NCT 127 exists because of you.” 🥺#NCT127 bid their final goodbyes to Filipino NCTzens as they wrap up their #THELINKTourManila concert. Thank you for an unforgettable night, boys! #NCT127inManila pic.twitter.com/AEDSpr4n2G

I’d be lying if I said I didn’t scream and sing my heart out. As someone who discovered NCT 127 at a tough time in my life, seeing them was an emotional moment. The switch from excited writer, crazed fangirl, to tearful 20-year-old was such an experience that I don’t mind rewinding for a long time. It’s impossible to be noticed by the members but their constant social media updates and big smiles were more than enough.

As soon as the concert ended, Khate Maniti admitted that she was “super tulala” when she saw NCT 127 in person. A fan since pre-debut, the concert made her fall in love with the group more.

“Grabe talaga ‘yung versatility and talents nila but it’s not just that. Their songs make you feel warm, happy, and almost as if you’re home,” Kate added. 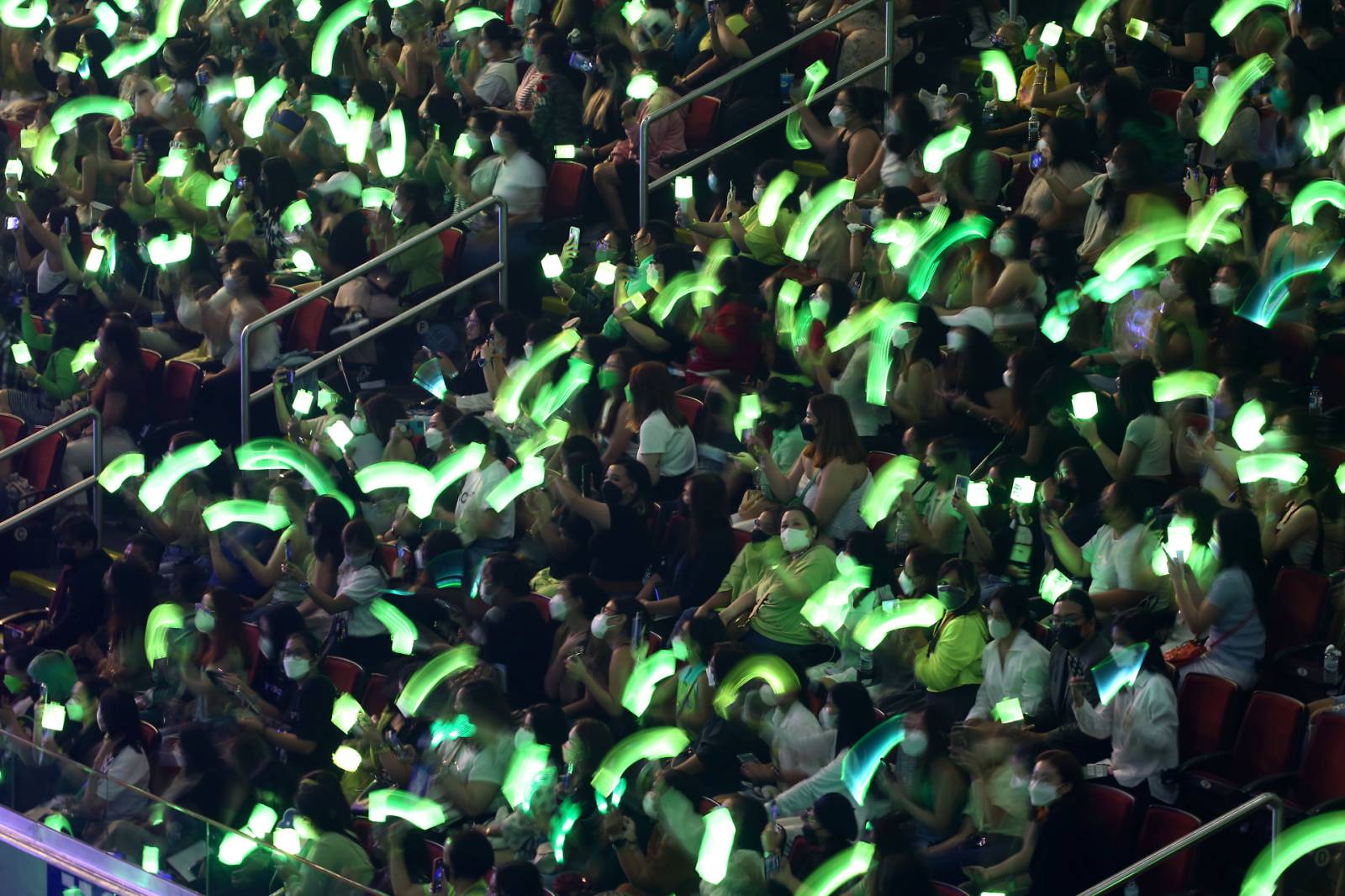 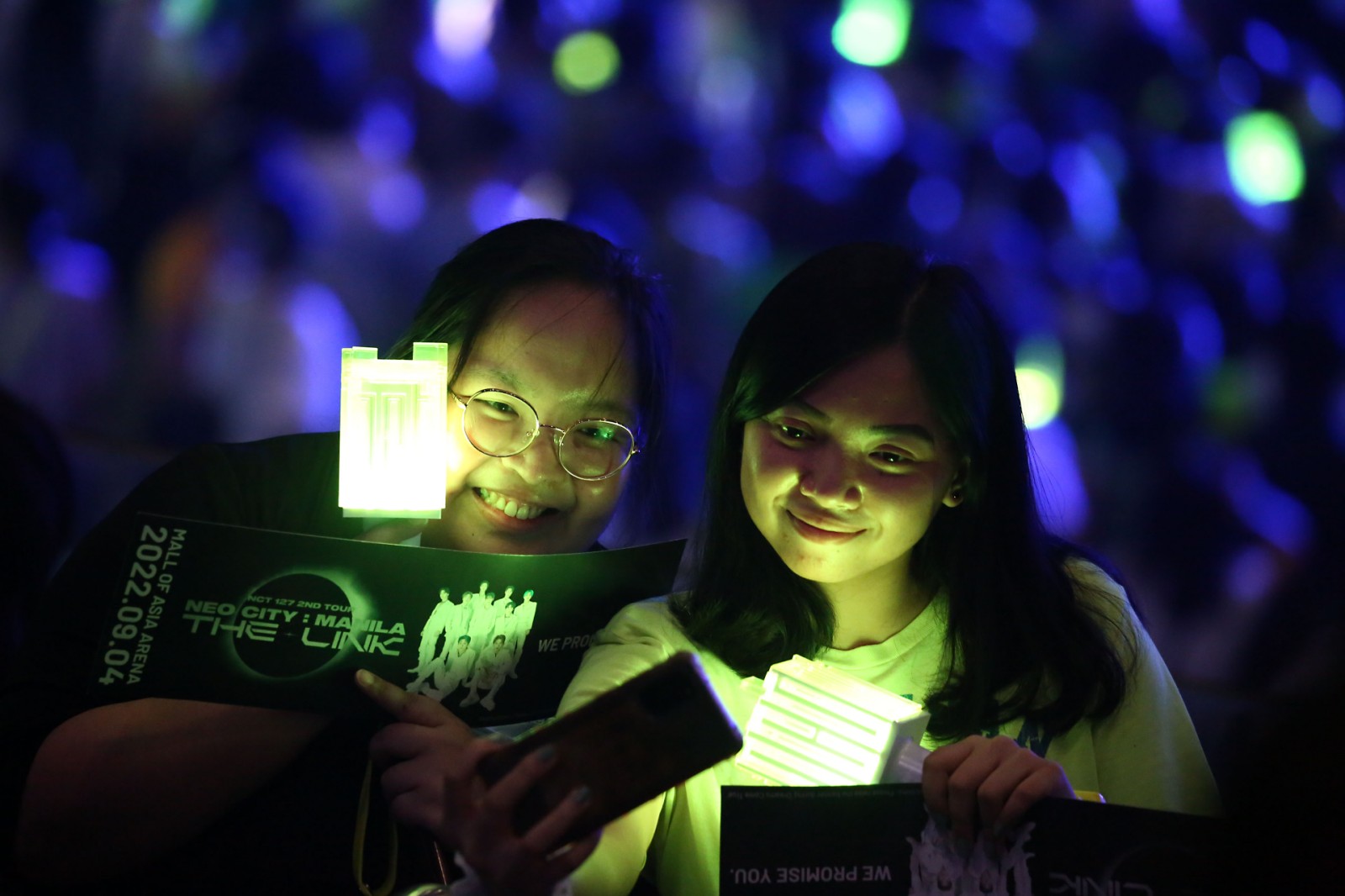 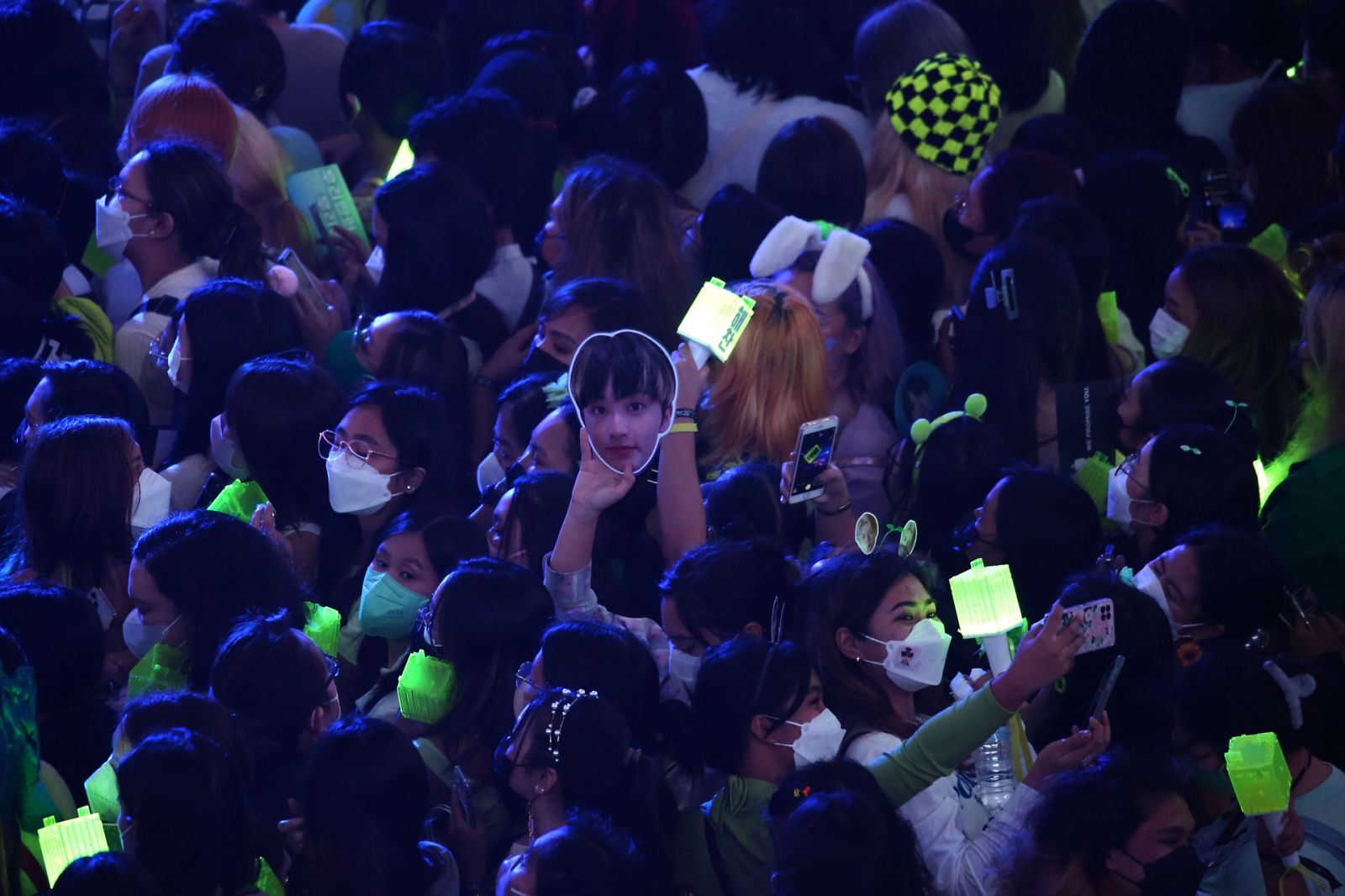 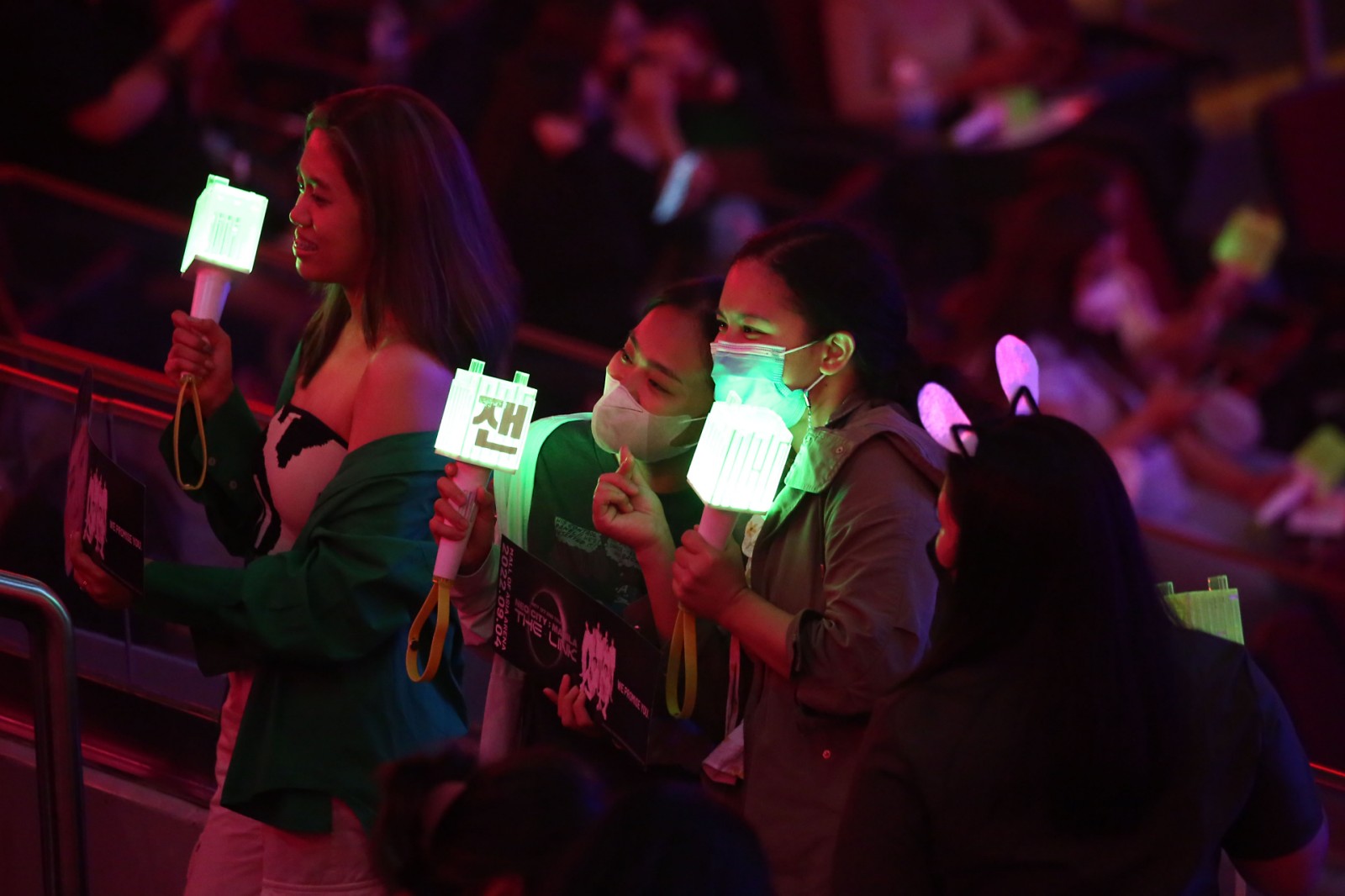 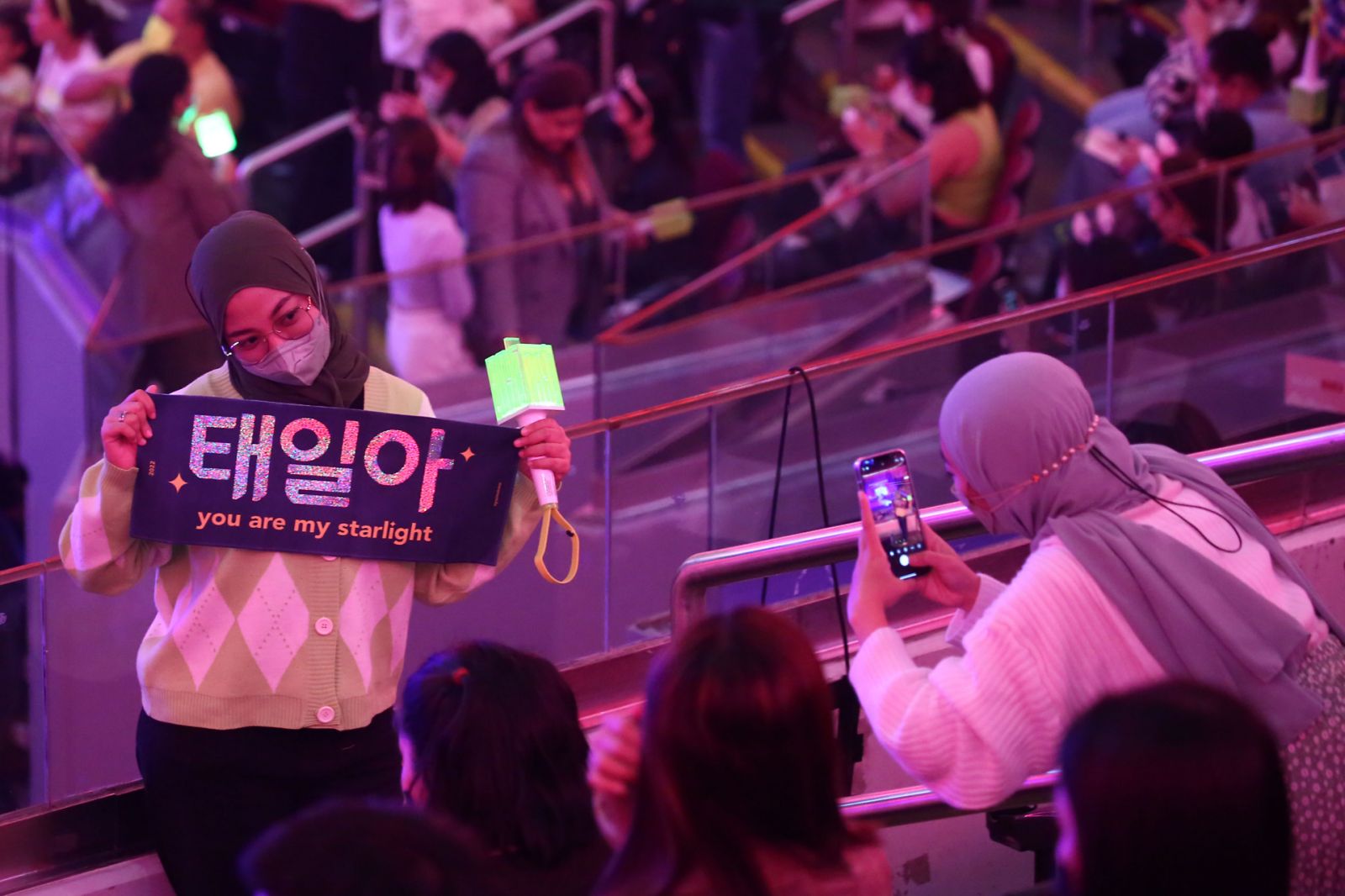 Meanwhile, Kai Botoc, a Filozen since debut, told PhilSTAR L!fe that she’s still in a blissful shock after seeing the group in person.

“Hindi ko ma-explain [ang nararamdaman ko] kasi sobrang pagod and sobrang saya. It was all worth it,” she said. “I had mixed feelings when I found out they were visiting the PH kasi what if hindi ako makakuha ng ticket? What if hindi complete ang members kasi gan’un ang nangyari n’ung previous legs? But thankfully, nakakuha ako ng ticket, nakanood kami, and complete sila,” Botoc said.

It’s common knowledge that there’s nothing more important to a K-pop group than its fans. But there’s something about NCT 127’s Manila concert that feels so heartwarmingly wholesome—you just know that they will come back for more.

#FangirlGuide: 9 explosive NCT 127 tracks to add to your playlist