Style Living Self Celebrity Geeky News and Views
In the Paper Shop Hello! Create with us
Vyn RadovanKang Garcia

From entering the holding area to posing in front of the camera, they followed each other’s movements seamlessly: Gabbi would turn her head, Khalil would follow suit. Khalil would end his sentence mid-thought, and Gabbi would pick it up without a beat. If another’s palm was open, the other’s hand was ready to hold it.

Little gestures like these are no surprise for a couple of five years, the subtle testaments of the love they’ve cultivated at an early age. Call it professionalism, call it chemistry—but there was something similar to running water in the way they flowed easily into each other’s actions.

And just like running water, their relationship is nothing but pure, clear, and completely fresh.

Though they had a quintessential showbiz start with their fellow celebrity friends introducing them in 2015, Gabbi and Khalil were complete strangers during their meet cute. A friends-to-lovers trope that eventually came to life.

“And he never stopped following me since then. Charot. Joke lang!” Gabbi quipped.

“For me, she was just this really elegant, sophisticated person” Khalil shared, meanwhile Gabbi saw him as the “quiet, mysterious guy” who made the effort to talk to her.

After establishing their friendship, the two got in touch again in 2017 and started a relationship that they have now.

Since they started dating, it’s been a journey of learning and relearning what it means to be Gabbi and Khalil.

“The most evident change when Gab entered my life was with my pace,” Khalil began. “We’re very different.”

True enough through the day, Gabbi queried more while Khalil looked at his partner with endearing eyes. When it was Khalil’s turn for a solo shoot, Gabbi whipped out her phone and took her own personal shots while hyping him up. A stage girlfriend, we must say.

“There’s a beauty of having someone that could complement your weaknesses. At first, of course, there was conflict. She would often get frustrated about how I would handle things and vice versa, but eventually we got to understand our differences and work around them,” said Khalil.

“We eventually found a dynamic that was very, very strong. One that is built on trust and communication. We wouldn’t have this understanding if hindi very clear yung intentions namin with one another,” the actor added.

Committing amid the Gen-Z dating culture

That intention to commmit is indeed a huge part of how they make their relationship last, as throughout the interview, the couple bounced back the words “non-toxic,” “communication,” and “purpose,” but nothing beats their golden word.

“What’s most important is that we were getting into this relationship with an intention that is pure, that is not because of toxic reason. It’s full of intention and purpose,” Khalil shared.

“We laid out the foundation as friends first and eventually we grew individually and together and down the line we realized that we fit like a glove,” he continued.

“There are a lot of people in showbiz, a lot of guys you can meet. But that’s why love is there. Love isn’t just all about butterflies and rainbows, it’s a commitment,” Gabbi said.

“No matter how many guys ask for my number,” she joked while Khalil gave her a knowing grin. 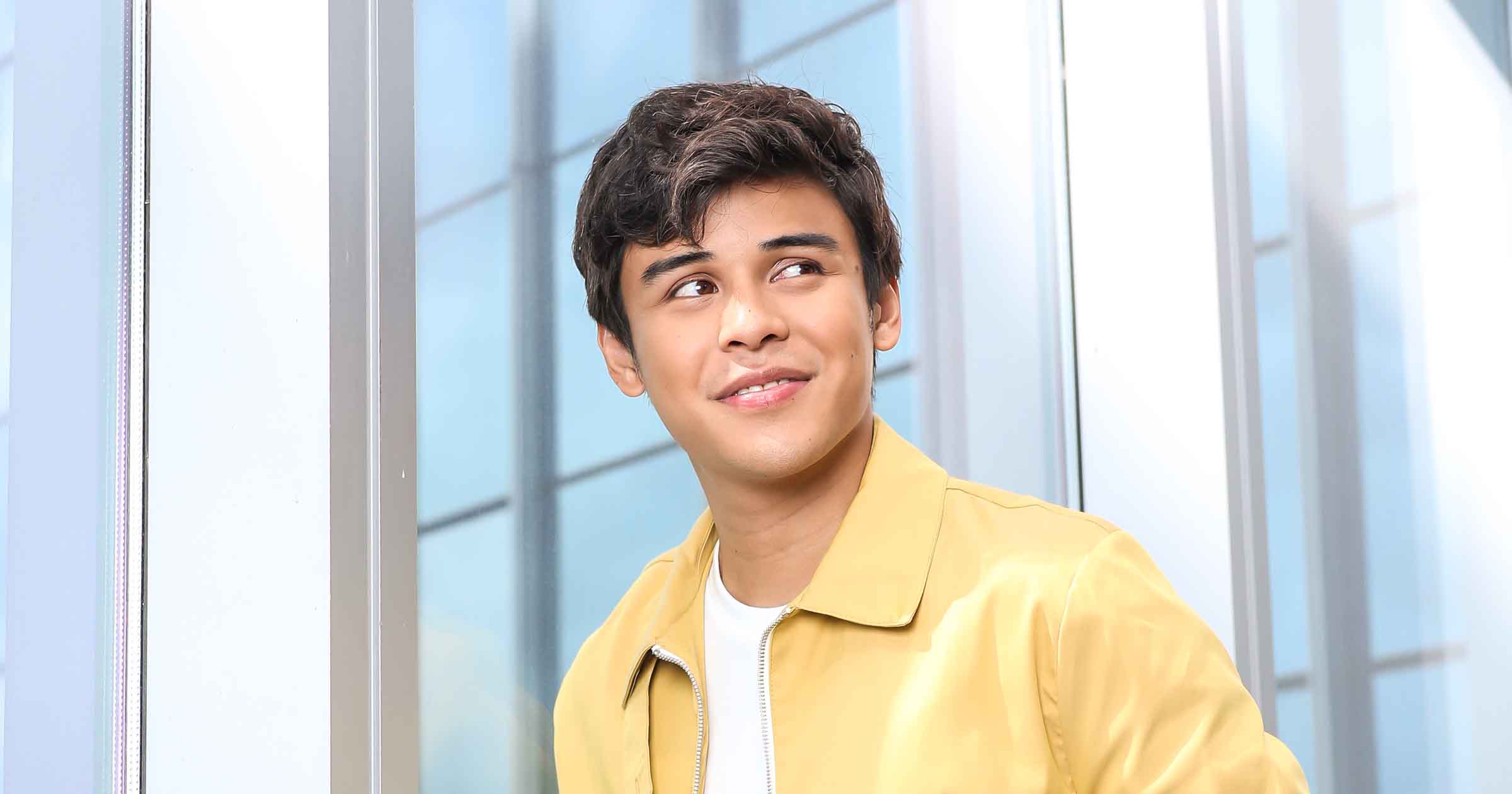 Khalil on meeting Gabbi for the first time: "She was just this really elegant, sophisticated person." 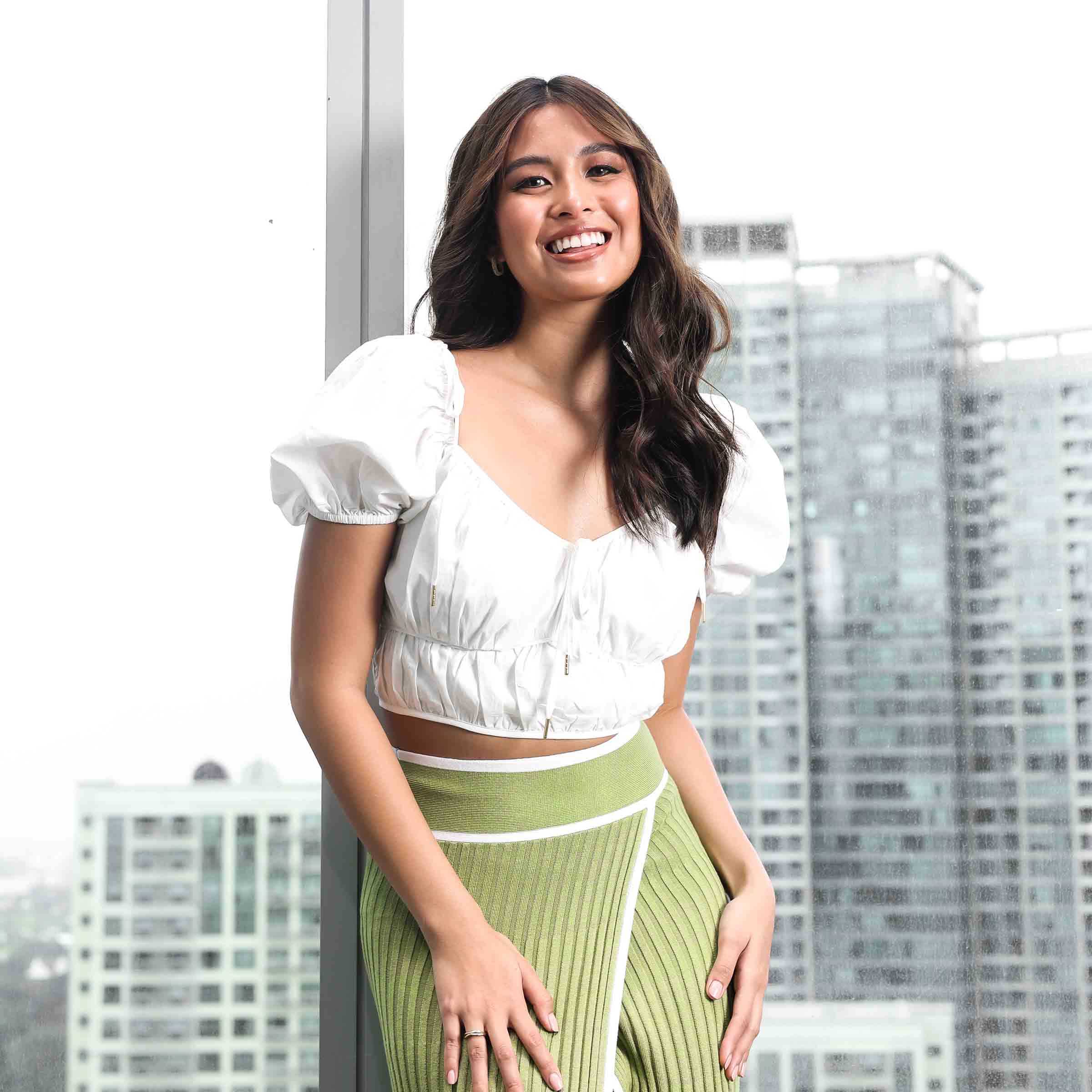 Despite the feel-good approach they have to love, it was through trials that made them more sure that they wanted to be with each other.

“December 2017, we had a huge conflict and our dating state was shaky,” Gabbi said, though she was in denial of their problems at the time. “Then come January 2018 I was super sad na because we weren’t on good terms already.”

“I was the one going to him to apologize kasi ako yung nagkamali and that was the time when I knew na ‘Tsk, I can’t lose this person. I’ve invested so much.’”

Khalil likewise found their first year to be tumultuous: “I said to myself that if we make it past these challenges, then we’re meant to be in this together. Eventually, it happened and it turns out that I was right: she’s worth it.”

Aside from the showbiz aspect of their relationship, there’s also their three-year age gap. She's 23, he's 26. Not to mention, the possibility that they could meet other people along the way. After all, their peers have jumped from partner to partner and issue to issue, making explosive headlines along the way.

“I guess it’s also the way we also date,” Khalil explained. “It’s something that might be different about how other people approach dating.”

“We’re the type of people that date to marry. We don’t wanna play around. Hindi lang siya just for a good time, when we got into this, early on we laid out what we were trying to build,” he explained.

We’re the type of people that date to marry. We don’t wanna play around. Hindi lang siya just for a good time. — Khalil

Good relationships teach you things about yourself and the world around you. For #GabLi, they are constantly learning about each other.

For Khalil, who was working with Gabbi in the GMA Network teleserye Love You Stranger shortly after he switched networks, it was seeing her in a professional level that made their relationship all the more personal: “We’re five years into the relationship so we know practically everything about each other, but the most recent realization I had was seeing how she works.”

“Because we came from different networks, I didn’t really see her in her element but when I saw her ‘in action’ that’s where I see her personality the most and I get inspired. She’s really such a professional, even with me.”

They also make sure to not mix business with pleasure when they’re called on set, as their love for each other remains, but in a different way.

“There isn’t any major shift, but we paid more attention towards the respect we have for each other as actors,” Gabbi added. “It was a conscious effort for the both of us not to invade any of our space whenever we’re preparing or getting into character. Kunwari, we do have personal disagreements, all of that is set aside when we’re called on the set.”

On the other hand, they also not only share showbiz projects but also have their own online passion projects like their podcast Figure It Out and YouTube channel Front-seat Foodies — to which they discover new things as business partners and “workmates.”

“Whenever we work together as business partners, ako personally I really do get the vibe that we’re workmates. Since we’re five years na nga, it’s easily separated,” Gabbi explained.

“That’s the beauty of it because we started out as friends. We easily make activities together as friends and as a couple.”

The trick is that we communicate everything. We don’t hide our feelings, we don’t invalidate each other’s thoughts. — Gabbi

The secret to making it work

The two share that there’s no special ritual or “prayer reveal” to a long-lasting relationship, no matter what the social media posts or manifestation TikToks might say.

“You know what, the trick is that we communicate everything. We don’t hide our feelings, we don’t invalidate each other’s thoughts,” Gabbi said. “There’s nothing extra to it na ‘you need na ganito, or ‘ganito gawin mong ritwal’. It’s pure commitment.”

“You have to tell yourself that you start to become selfless toward your relationship, you’re on the right track. It’s accepting that what you desire is secondary. It’s that selfless attitude that would allow you to be more understanding and wanting to compromise,” Khalil added.

“It has to be fun,” Gabbi emphasized one last time.

True enough, Gabbi and Khalil ended the interview with beaming faces at each other, clearly enjoying the modern, comfortable love they’ve made for each other through the years of dedication, commitment, and intention.

It’s been said that two people looking at the same thing often find themselves in the same place, and it rings true for this young couple who know they have a bright future, hand-in-hand and on the same wavelength.

After all, they planned it themselves.