Style Living Self Celebrity Geeky News and Views
In the Paper Shop Hello! Create with us
Stephen CapuchinoMarx Fidel

Clad in the classy swimwear for PhilSTAR Life’s summer cover, it’s hard to imagine celebrity mom Isabelle Daza being insecure about herself. She fit well posing for the camera with the marvelous background of the Palawan seascape behind her—everyone just echoes the same thing: “Ang ganda!” To which she replies: "I love how everyone's so positive."

With a tall frame, fit physique, natural morena beauty, and wits that can take you from one conversation to another, it’s a package that most women would dream for themselves.

But behind her stunning visuals is a thought that creeps in us from time to time. Isabelle confesses in hopping on the same boat that all females are in: the struggle to fully embrace and accept our bodies, flaws and all.

“I used to be very unhappy whenever I see myself in the mirror, because the natural reaction is for us to see our flaws. Sometimes, I still do,” she says.

While it can be hard to actually admit to our imperfections, especially living in the era of filters and photoshopped images, the ‘It Girl’ is on the mission to flaunt what she’s got—and to encourage fellow ladies to do so, too.

Heidi Klum of the Philippines? Here are some of Isabelle Daza's Halloween costumes over the years 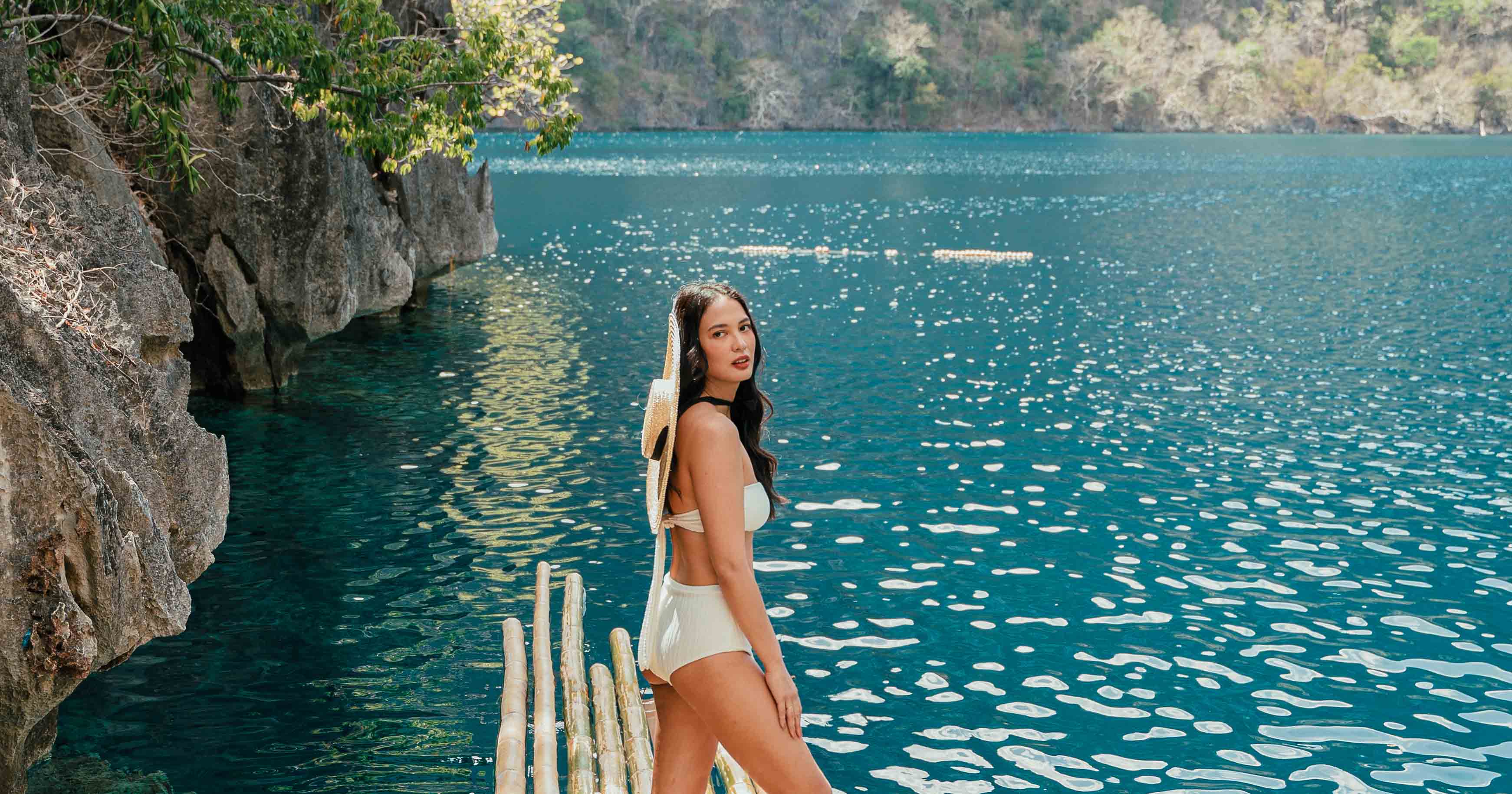 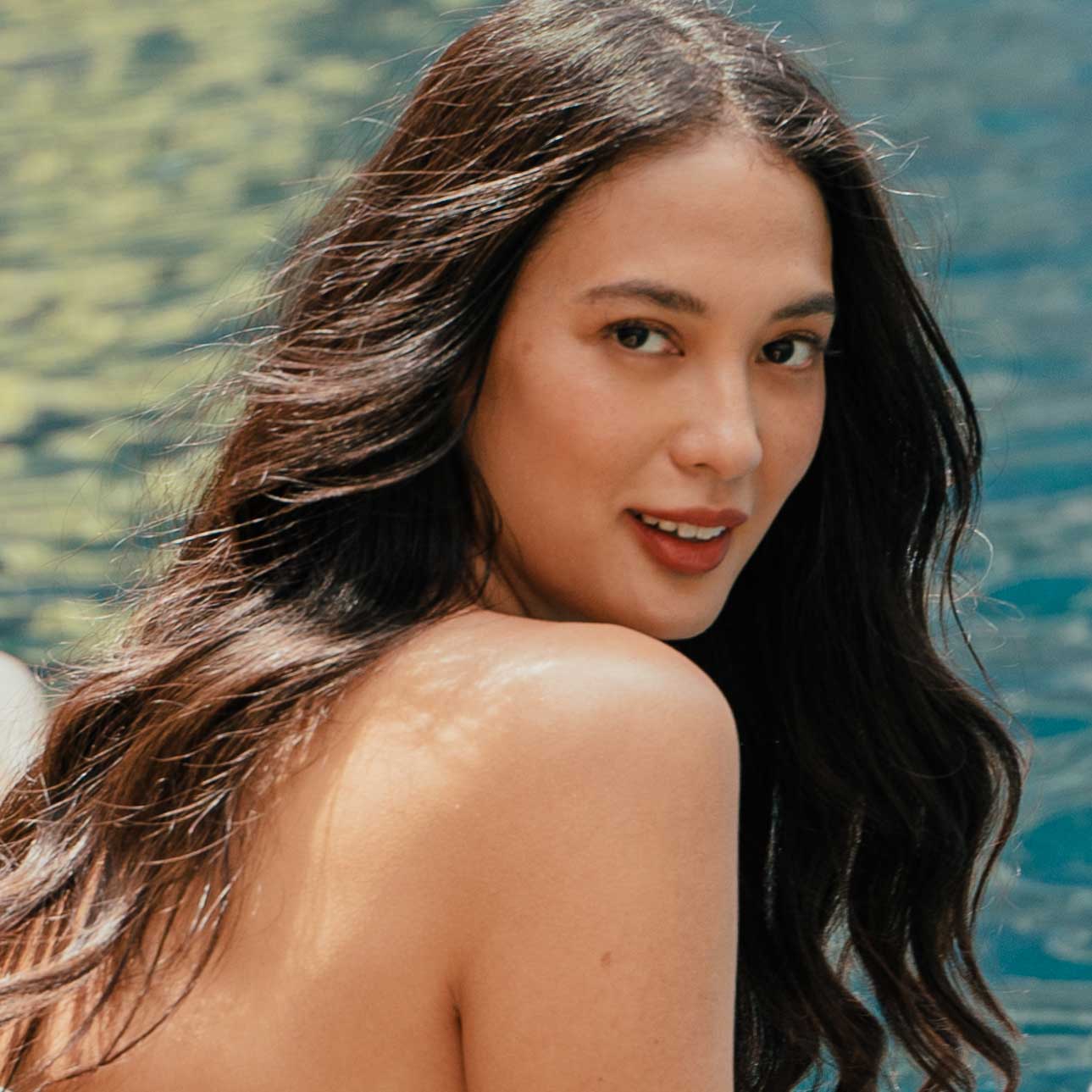 The process of self-acceptance

Isabelle recalls her teenage years—a crucial time when we experimented on a lot of things just to fit in that standard of the word “beautiful”.

She shares that growing up, she "always looked to be one of [the Victoria's Secret models]," and it led her to join the trend and portray the “perfect” girl persona. She straightened her once-kinky hair, switched her glasses for contacts, removed her braces, and acted more ladylike instead of keeping to her tomboy-ish acts. But this transformation, at a young age, made her realize something more important—to simply be herself.

It’s perhaps around this time that she began opening up to self-acceptance, that not everything is supposed to be boxed in one definition of the word. The mom of two is grateful that the new generation is more inclusive, giving her hope that women nowadays will find it easier to be more body positive.

I try to be more forgiving to myself. I also try to say affirmations to myself and body, say, whenever I wake up in the morning. Because I used to look at my body and not love my body.

“Now, we’re at a stage when it’s actually really cool to have your own body and have colored skin, and not have blonde hair and blue eyes. It’s like celebrating the different types of bodies and cultures and hair and skin color,” she muses.

After all, she heeds Zoë Kravitz and took it as her personal mantra on beauty: “Beauty is when you can appreciate yourself. When you love yourself, that's when you're most beautiful.”

“It’s loving yourself in your own skin. That’s beautiful to me,” the actress gushes.

Being confident in your body is a long process, and Isabelle won’t deny that, even at 34, she still has a long way to go. “Being a body positivity advocate doesn’t mean na you love your body the whole time,” she points out. “There are times when you wake up and you find it hard to love yourself. But you just have to strive to work on it—to work on that feeling.”

She acknowledges that these pessimistic episodes reveal themselves every now and then, shading her days a little darker than the others. The TV personality cites a very particular scenario that most of us could relate to: shaming and guilt-tripping ourselves after consuming something that we consider as sinful. “Sometimes, I would even say out loud, ‘You know, F you, body!’ or, ‘Take that, body!’ It's kind of like hurting my body. This is me being unkind to myself,” she relates.

But having this kind of conversation internally affects ourselves in a much bigger way than we think. Isabelle later learned that words have such a big impact on one's self confidence, and how it’s important to treat it with more kindness and love.

“I try to be more forgiving to myself. I also try to say affirmations to myself and body, say, whenever I wake up in the morning. Because I used to look at my body and not love my body,” she further explains.

It also helps that her husband Adrien Semblat is there to remind her that, no matter what she looks like, she’ll always be the beautiful Isabelle for him. When her body changed after giving birth to their sons Balthazar and Valentin, his assurance aided in the actress’ coping. “He’s like, ‘Your body created these two beautiful boys. It's amazing; it’s perfect’,” she shares.

Fueled by her desire to create content that will inspire fellow ladies like herself to embrace our bodies, she and her sister Ava introduced "The Sexytime Podcast" last year—a platform where they discuss intimate matters. “I’m on a quest to break stigma and taboo to talk about sex and sexual wellness. And that ties into body positivity, because sexual wellness isn’t only about the act of doing sex—it’s about your vulva and your body parts, how to keep it well and healthy, your intimate life, pleasuring yourself, and all these topics that don’t necessarily make people comfortable,” she says.

A shameful history: Celebrities, body-shaming, and the Pinoy culture

“But I just want to start by talking about it. And hopefully, people will realize that you can talk about these things and you can learn from it; it’s not vulgar all the time. It's about exploring your pleasures and what you want. And I think when you know yourself, you’ll be more confident in your own skin,” Isabelle claims.

A few months into this stint and the platform was eventually well-received by the audience. The duo made sure that the discussions are raw and real, even having key opinion leaders, sexperts, and celebrities as guests in their show.

“I think it’s one step to just opening Filipinos’ minds to being able to just talk. If you can even just say the word ‘sex’ in a conversation between you and your friends, that already made a difference,” the ‘It Girl’ remarks.

Stepping up their advocacy higher, they recently launched the all-natural, water-based personal lubricant brand “Jellytime”. During the development stage of the product, they found out that a lot of people aren’t really familiar with lubes or, sadly, see its use as something negative. Thankfully, a lot of positive feedback has been coming in as well—showing how creaking the door open, even just slightly, does wonders.

Wearing the hats of a host, an influencer, an advocate, and an entrepreneur, there is one significant role in Isabelle’s life that she loves fulfilling the most—being a mom. While having children caused an emotional battle with how she saw her body, she wouldn’t trade this part for the world. Good thing that through hard work and dedication, she’s able to achieve the “mom bod” that she aspired for—and even exceeded her goal after losing more pounds from her pre-pregnancy weight.

I find that we're our own worst critic; we’re very hypercritical of ourselves. But with kids, they just love you so purely.

“I think I was born to be a mom,” she reflects. “My life was very complete without them; my husband and I are really happy together. It's just that now, with them, it's a different kind of purpose you feel.”

And having her children has taught her things that only the little ones could offer. Their unconditional love provides a different perspective from our roughly lived lives. “When you come home and you're with your kids, they don't look at you the way you look at yourself. I find that we're our own worst critic; we’re very hypercritical of ourselves. But with kids, they just love you so purely,” the host observes.

Isabelle returns the gesture to her sons with a kind of parenting that’s understanding and respectful. Far from being a disciplinarian, she lets the kids have the freedom to explore and discover themselves within the framework that they set. She also wants to ingrain integrity, work ethic, and loyalty to Balthazar and Valentin—some of her personal values that she believes will help them stand on their own feet and be their own best person.

As her family grows, so does she—along with her brain children—that she aims to nurture a cause that’s so close to her heart. Because whether Isabelle plays the role of a mother or the advocate, her body is part of her foundation. And so do we all.

Isabelle Daza is selling her Rockwell loft unit for P33.4 million—here's a look inside

Mariel is a freelance writer/editor from Manila, mainly covering the lifestyle and culture beats. A big music fan with a passion for Asian music, she's constantly on the lookout for the next hit or an undiscovered gem waiting to be heard. When not bopping to her tunes, she's dreaming of days when she'll be able to go back to backpacking the world or attending intimate gigs of her favorite bands.