How much are you willing to spend for a bikini? When thoughts of whisking away to a beach in a two-piece for the ladies are hazy at the moment, a "legendary" piece of swimwear has just been up for auction.

But, like many things sold at the sound of a hammer, this bikini isn't just like any other. Now-84-year-old actress Ursula Andress wore it as the first ever Bond Girl in the 1962 film Dr. No. In her first meeting on screen with cinema's first James Bond Sean Connery, the then sex symbol Andress emerged from the Jamaican waters while in this ivory cotton pair. She wore it specifically in her frame and for the movie, saying a West-Indian artist tailored it on location.

Up on iCollector.com in Los Angeles, California, the coveted piece features a bikini top with darted cups and pleated panels meeting in the center through a bow. Its bottom is lined in sheer and designed with pleated fabric and hoop detail on the hips. It's accompanied by "a replica wide white British Army web belt with brass buckles and fittings, and a US military scabbard on the left side holding an actual steel diving knife with leather wrapped grip and brass pommel." 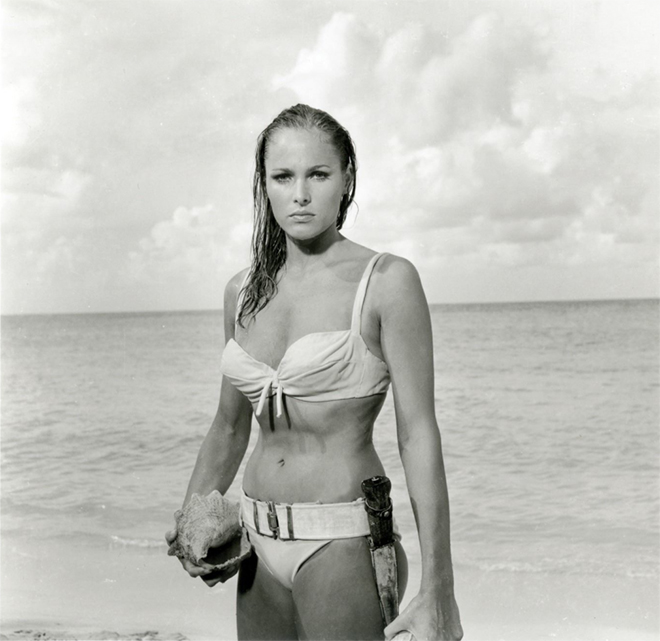 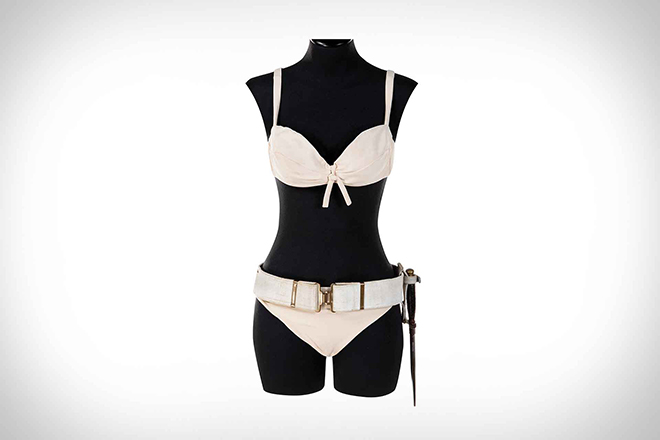 Those who aren't really avid fans of the 007 franchise might not appreciate it at first, but it's arguably "the most famous bikini of all time" as iCollector.com has said. (The blue trunks, which beefcake Daniel Craig wore in a similar beach-set scene from Casino Royale may be a close second, as it fetched £44,450 or P2.8M in 2012.) The item made the entire scene "a groundbreaking moment in cinematic and fashion history," the auction site added.

"This bikini made me into a success," Andress has previously said about the vintage find, which understandably exhibits production wear, age, and minor soiling. She also auctioned it in London back in 2001.

iCollector.com's bidding happens on November 12-13 LA time. Besides the bikini, it's also set to showcase other James Bond rarity. These include Roger Moore's monogrammed pyjamas and Jane Seymour’s bejeweled cape and headdress (as psychic Bond Girl Solitaire) both from Live and Let Die, and Charles Gray's gray signature jacket (as villain Ernst Blofeld) from Diamonds are Forever.

A print and online magazine editor of 10 years now, who treats the lifestyle beat as his life keeping him in style.