With lounging footwear the norm for the past year and a half, killer heels appear to be another casualty of the pandemic.

Actually, in the Philippines, the compulsory wearing of high heels for work in some establishments had already been banned since 2017, so Philippine shoe designers and manufacturers already had a head start in adjusting to the new normal.

The recent fall-winter fashion shows look forward to dressing up again after the vaccine rollout, but many of summer’s slippers, slip-ons and sandals still remain.  If heels are in the picture, they’re usually in the form of more comfortable kitten heels, flatforms or chunky heels.

Now that your feet have been so used to pampering, you’re probably wondering why you were even suffering with stilettos all those years. What is it about high heels that made them so desirable and indispensable in the past?

Who wore them first?

Heels were actually first worn by men in 10th-century Persia for horse riding to ensure that their feet stayed in the stirrups.  Since horses were expensive to maintain, wearing heels was indicative of wealth, making them status symbols.  When they were introduced in Europe, the prestige remained since only someone who did not have to do physical labor could afford to wear such impractical, extravagant shoes — someone like the Pope, who enjoyed wearing red-heeled shoes in the 11th century.

In the medieval period, both men and women took to wearing platform shoes to raise themselves from the filth in the streets. The chopines of the late 15th to early 17th centuries went up to a towering 76 cms high in Venice, requiring the elite to bring maids to use as human as crutches.

By the time King Louis XIV wore heels, it became a fashion trend among the French nobility, who outdid one another in height, prompting authorities to regulate the height of the heel based on rank.

From the mid to the late 17th century, women got in on the action, resulting in the distinction made between their version, which had thinner heels, as opposed to the thicker ones of men.

Comfy heels you can wear all day long

Heels actually went out of fashion during the French Revolution when both sexes turned to flats to dissociate themselves from royalty.  They returned in the 19th century but strictly for ladies, since concepts from the Enlightenment considered them irrational and “better left to women.”

From this time, heels came to be regarded as hyper-feminine and became the object of erotica that the early pornographic photographers capitalized on.

In the 20th century, World War II saw the proliferation of pin-up posters with women pictured in heels, further reinforcing the association of the shoe style with female sexuality.

With the technological advances of the 1950s, the ultimate high-heel shoe, the stiletto, was born.  It swept the celebrity world and heralded the global golden age of high heels. It came to be regarded as a sex symbol, with ’60s men’s magazines like Playboy using heels to portray women in a sexual way, leading to the feminism of the 1970s, which viewed high heels as part of “dressing up to please men.”

The ’80s saw their revival again with empowered stars like Madonna using them as fashion statements to please themselves. They very much stayed in the ’90s and noughties as designers explored various incarnations, from the 10-inch platforms of Vivienne Westwood that caused Naomi Campbell to fall on the runway in 1993, to the 12-inch Alexander McQueen heels worn by Heidi Klum in 2003.

You have to admit that, aside from adding height, heels add a desired stretch to the leg and a posture that makes you feel like you could rule the world.  They also bring a certain upright look of “alertness” that has even made them required work wear for some business establishments — a controversial policy that was met with protests all over the world.

The Canadian province of British Columbia banned the imposition of heels in the workplace in April 2017, followed by the Philippines in September. And rightly so, since studies have shown that high heels do cause injury and pain with prolonged use.

Which brings us to pandemic times, when self-care and wellness are more important than ever before.  Sensible shoes that we are comfortable in and suit our lifestyle, not to mention those that are ideal for maintaining a sound, healthy body, are the fashionable ones today.

Slip-ons are here to stay, with the ease of going from home lounging to rushing out for errands. Chunky ones, ready to tackle the outdoors, were seen at Hermès in the form of clogs and at JW Anderson with a heavy chain accent. For Filipino artisanal-grade footwear, there’s Mara Pińon’s whimsical Tarsimacho in raffia abaca. 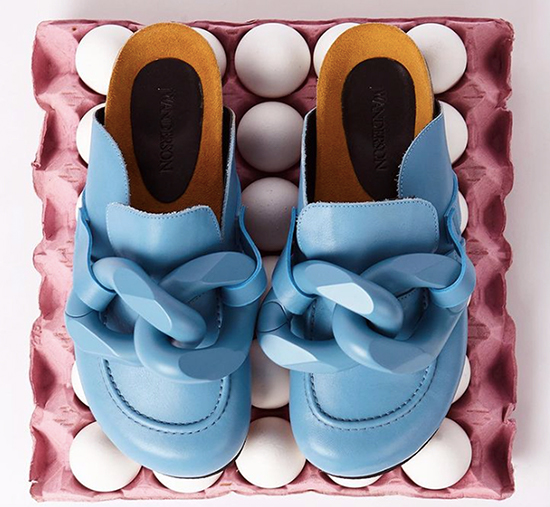 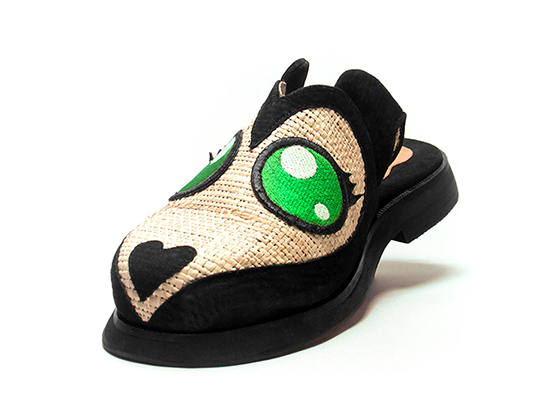 Loafers have a nostalgic, preppy vibe from days at school. Tod’s and Loewe have elevated versions of them. Go artisanal with Risque’s version with a carved heel from Paete.

For some height without the pain, go for flatform sandals in cool geometrics from UK brand Neous or in espadrilles from Aishe Fashion with artisan work from Laguna.

Mules will take you from WFH to necessary trips outside without looking like you came from the bedroom, thanks to Philippine-crafted witty designs from Mara Piñon and embroidered Orientalia from Midrab.ph.

There are also hybrid versions:  a loafer mule from JW Anderson and brogue mules from Stride Collective, handcrafted by Marikina shoemakers.

Kitten heels have a dressed-up, polished look while still maintaining comfort.  To make them even more comfortable, Alessandro Michele at Gucci had the models stepping on the slingbacks to make them more casual and relaxed like mules. Mara Piñon’s Miss Veneble kitten heels are easy slip-ons that can go from day to evening.