As most workplaces have adapted the work-from-home set-up due to the pandemic, the recently debuted Gucci Fit Giving makes one reminisce about the good ‘ol office holiday parties—a perfect time to loosen up, talk up with an office crush, and revel in pure delight with non-work related conversations.

The campaign, conceived by creative director Alessandro Michele, shot by photographer Mark Peckmezian and filmed by director Akinola Davies Jr., takes the brand to the retro ‘90s and portrays a cast of characters—clad in Gucci from head to toe—watching the clock to the end of the working day for the party to begin. Giving the campaign even more retro vibes is synthpop duo Yazoo’s ‘80s hit Only You.

As the clock strikes five, the cast leaves their desks (replete with bulky desktops, chunky keyboards and Rolodexes) and transformed their office into a festive space for their holiday party that is filled with balloons, streamers, bubbly, dancing, Karaoke, gift-giving, and a fun Conga line.

The cast unwraps gifts that are included in the collection like scarves and hats in wooly jacquard fabric with houndstooth checks in green and red. Also given prominence in the campaign are GG Marmont bags; Gucci Tennis 1977 sneakers and women’s slides and loafers embellished with multi-color metallic sequins for that festive sparkle. Berets, gloves and hairbands are also dazzling additions to the collection. 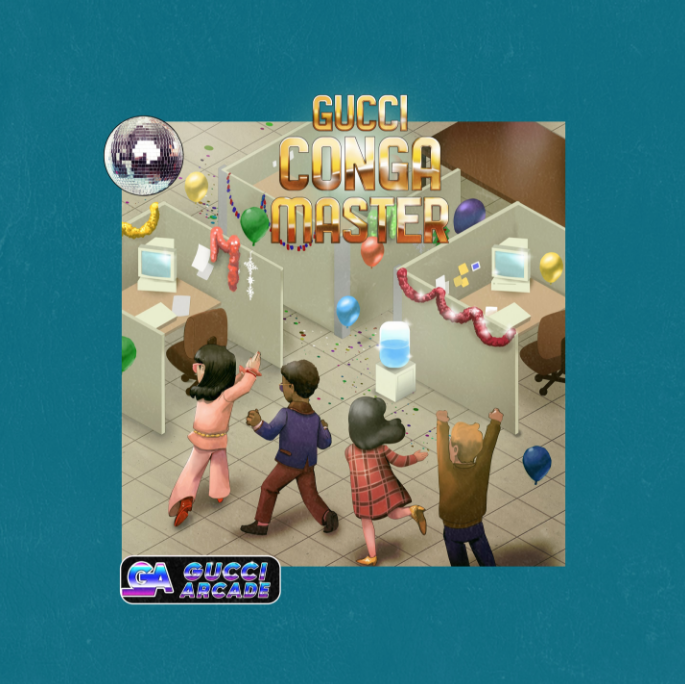 Together with the campaign, the brand will also be releasing on the Gucci app the “Gucci Conga Master” where players control a character and aim to join the Conga line like how the cast did in the campaign video. 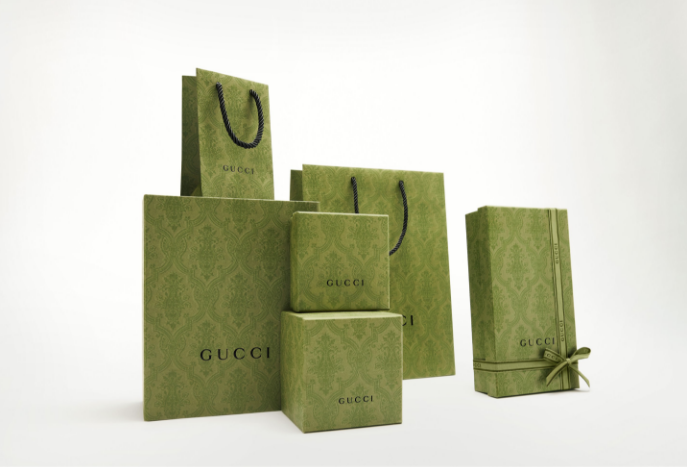 The campaign also marks the Nov. 11 launch of the brand’s new festive packaging, which features a green pattern embossed onto paper bags and cardboard boxes. It also comes with beige tissue paper that matches the natural-colored dust bags, all are said to be sustainably sourced using 100-percent recycled materials.

Office holiday parties may not be the first thing we miss most during the pandemic but this year’s Gucci Gift Giving campaign makes us miss the palpable energy of being in a physical workplace during the holidays.

Woman spends $60,000 on surgery to look like Kim Kardashian: 'I don't regret it'