The 10-episode, half-hour series will be shown on HBO Max and is reportedly scheduled to begin production in New York in late spring. A premiere date has not been announced yet.

It is also being described as “a new chapter of the groundbreaking HBO series.”

Without Cattrall in the roster of the show’s stars, fans wonder how the storyline will be treated. Others speculate Samantha will be killed off the script or a new actress will play the character.

Cattrall had repeatedly expressed in several interviews since 2016 that she thinks her time with the series is done, following years of speculations of a fallout between her and Parker.

Emmy Award-winning Michael Patrick King will be the show’s executive producer together with Parker, Davis and Nixon. According to the Hollywood Reporter, the creator of the original series Darren Starr (Younger and Emily in Paris) will not be involved with the show as he has a current deal with ViacomCBS.

Parker shared on Instagram a teaser of the show with the caption “I couldn’t help but wonder… where are they now?”

The short clip shows a montage of New York City views with a computer screen with typed phrases “And just like that…” and “the story continues…” in between footages.

Fans were ecstatic about Parker’s post, which reflected in their comments—from “Stop it!!! Stop it right now!!!”, “OMG, are you teasing us??!!” to “Shut the front door! Literally squealing in excitement!” 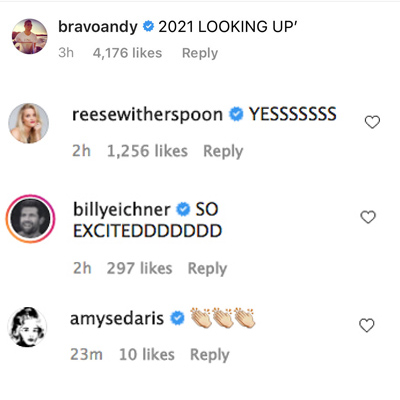 The series has earned several Emmy and Golden Globe Awards, has gained a cult following, and has taken a solid place in the world of pop culture.