MJ is known for sparking laughter from fans with her social media posts during pageants that poke fun at her fellow queens and herself. The MUPH 2021 coronation night, held in Panglao, Bohol, was no exception.

As the outgoing MUPH queen, Rabiya took the traditional “final walk” and on the final stretch, she tripped and fell on her knees. Those at the venue and those who were watching the livestream recoiled in horror to see the queen down (she eventually got up, don't worry). 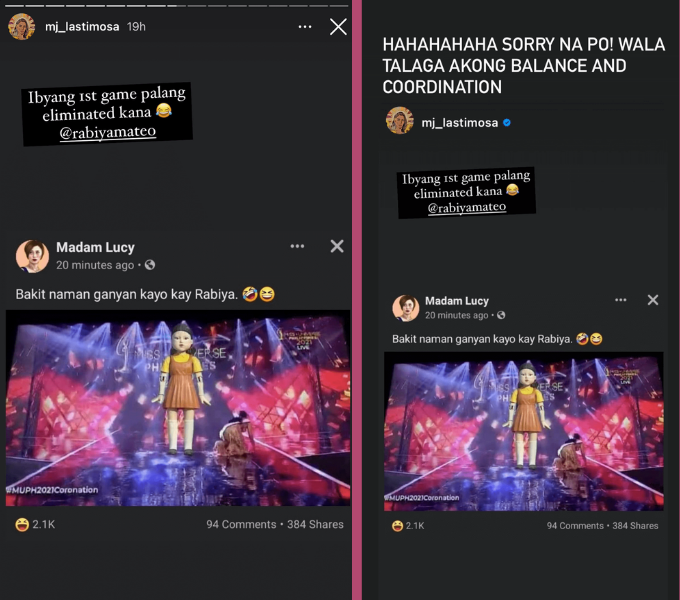 MJ can’t help but make fun of that moment and reposted on her Instagram Stories a fan-made meme of Rabiya down on her knees with the “Red Light, Green Light” animatronic doll from the highly popular show Squid Game in front of her.

In her Instagram Stories, Rabiya laughed it off and replied to MJ, “Sorry na po! Wala talaga akong balance and coordination.”

MJ also posted another Squid Game-related, fan-edited photo, this time, instead of the animatronic doll, it was her on the set of the “Red Light, Green Light” game, with Rabiya on the floor. MJ wrote, “Umayos ka Ibyang, sabi ko steady hindi stop.” 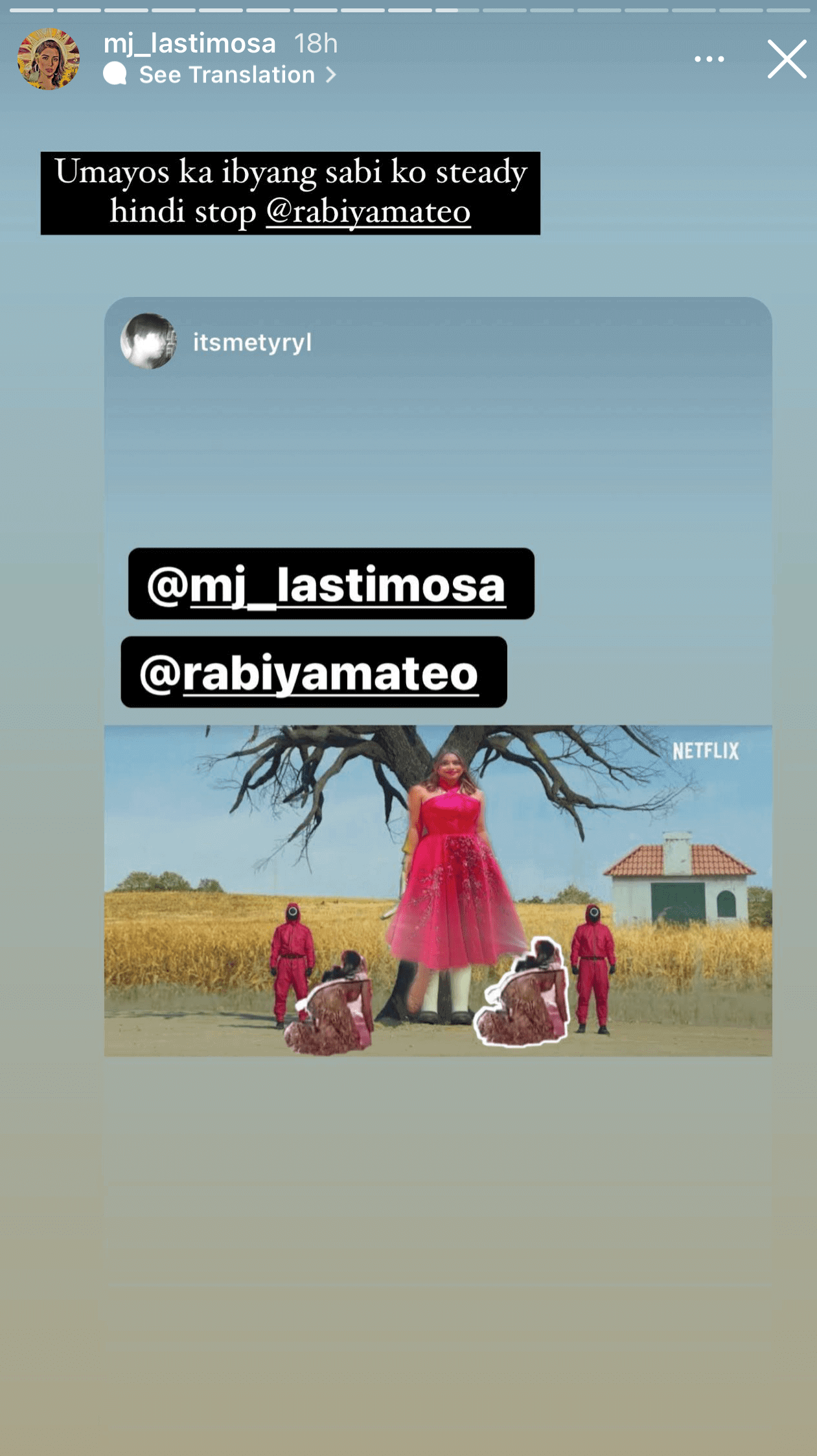 In another post, MJ showed a photo of Rabiya standing on stage while delivering her speech. She lovingly wrote the caption, “Bangon everyday! Labyu @rabiyamateo.” 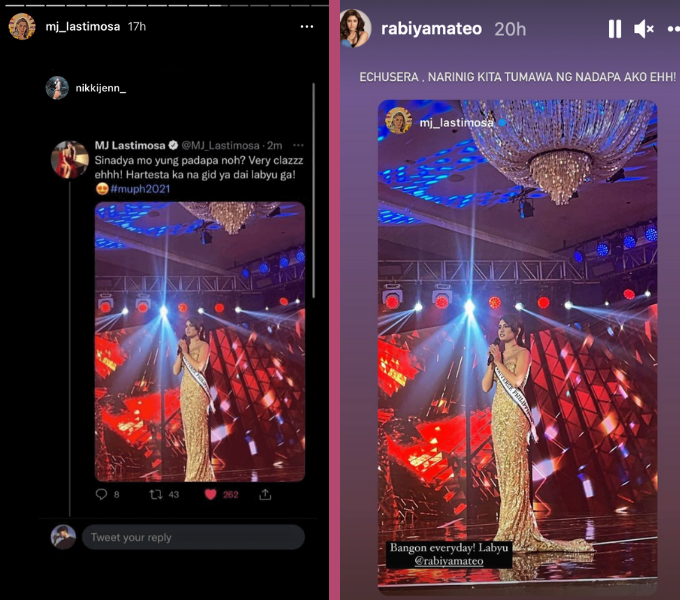 These exchanges gave the fans a breath of fresh air as they saw their queens having fun, with Rabiya being a good sport and riding on MJ's jokes.

The fellow beauty queens formed a bond as they traveled around the US after the pandemic-delayed Miss Universe 2020 pageant held in Florida in May 2021.

They rolled in style as they watched a live game of the LA Lakers (dressed in Lakers jerseys at the Staples Center’s Premiere Lounges.

MJ also helped out Rabiya get ready for events and styled her outfits for the day. They also went on a hike in San Francisco and had a grand time at Universal Studios Hollywood with Rabiya’s team.

We can’t wait to see these queens together again!