Filipino pole vaulter EJ Obiena might not have snatched a medal at the 2020 Tokyo Olympics, but he snatched the hearts of many Filipinos with his grit, trailblazing performance on the world stage, and also for some, his fanciful preference for funky socks.

Obiena sported mismatched and colorful Spongebob socks at the men's pole vault finals in Tokyo. But that's not the first time the young athlete wore fun socks on the track.

“I don’t wanna take myself too seriously… I just wanna have that kind of vibe, not too serious... Just have fun,” Obiena, who is now ranked 6th in the World Athletics Men's Pole Vault, shared with Gretchen Ho.

Obiena that time wore a yellow Spongebob Squarepants sock on one foot, and a black Patrick Star on the other. 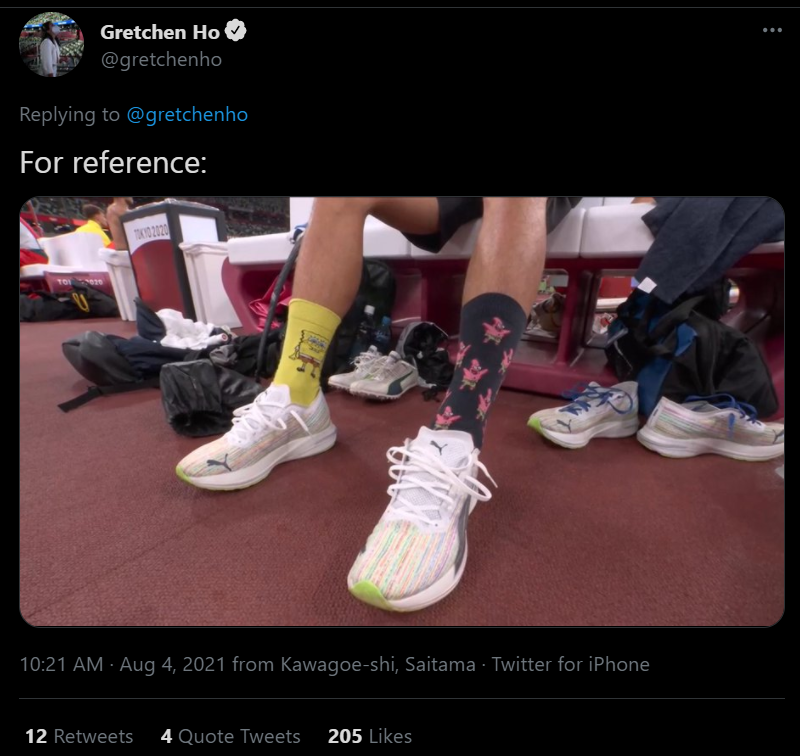 The 25-year-old athlete has long been sporting this funky style. As seen on his Instagram, Obiena wore the same black Patrick Star socks, but this time in pairs, last June 23 on his training for the Tokyo Olympics. 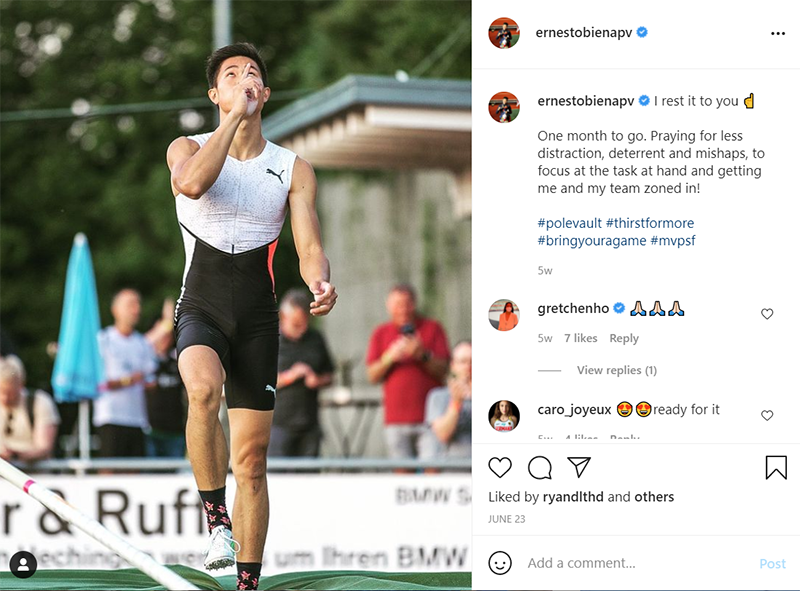 He has also been photographed with more Spongebob Squarepants’ characters like at last year’s preparation for the Golden Gala in Czech Republic wearing teal-colored Squidward socks. 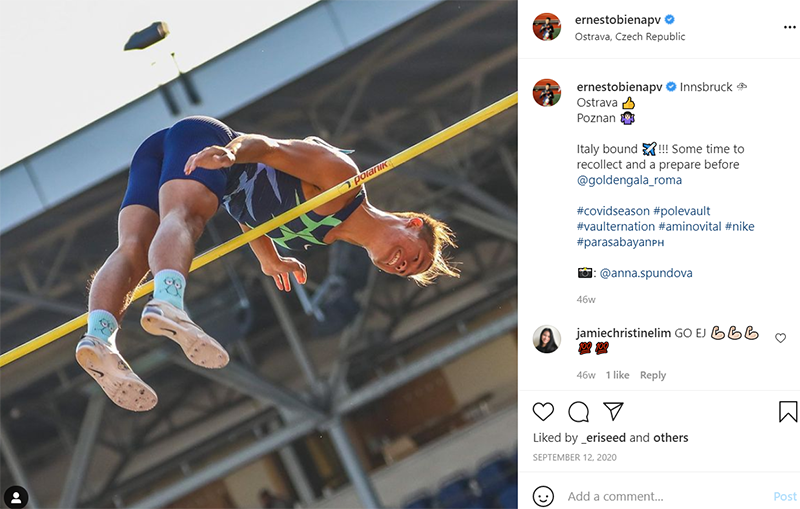 He even wore those same pair of Squidward socks again at the Centro di Preparazione Olimpica di Formia in Italy last March 22.

But that’s not the end of his funky socks fandom. In his birthday greeting Instagram post to his coach Vitaly Petrov last October 6, Obiena posted a photo of him wearing black mid-socks with what seems to be a mini pizza print. 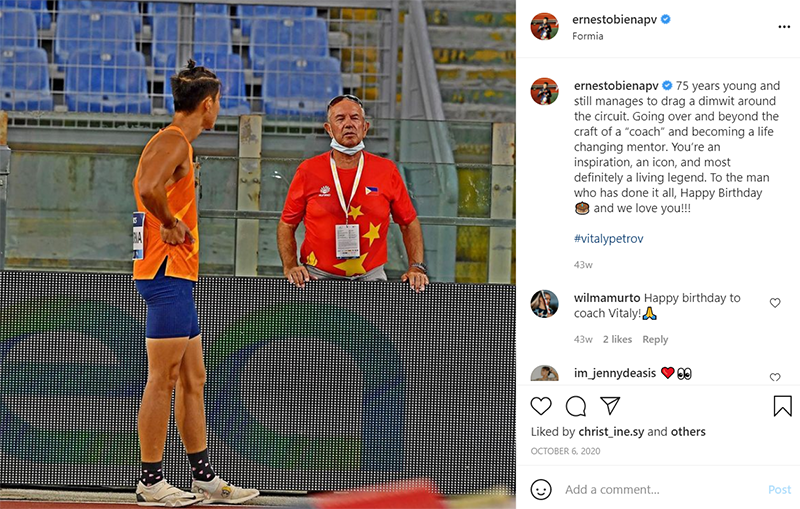 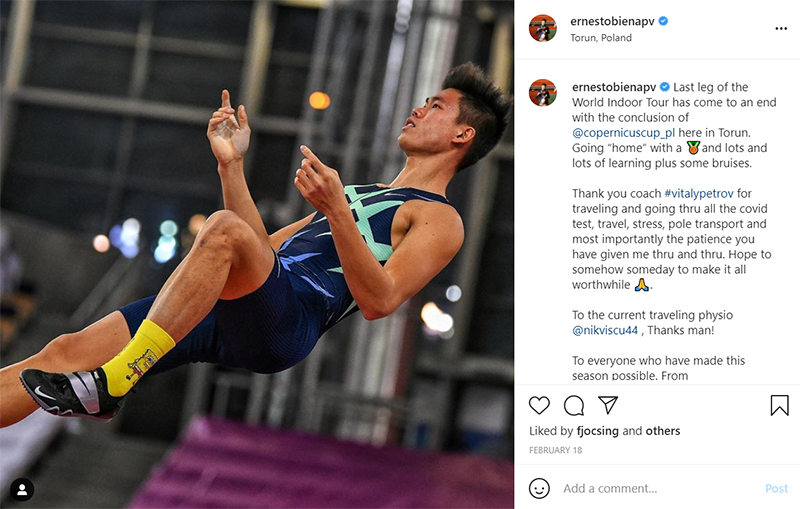 Obiena’s whimsical fashion sense may just be a reminder that one can be utterly competitive and whimsical at the same time.